Boss Nigel Clough says a goal was the ‘only thing missing’ from a hugely encouraging performance at home to promotion hopefuls Forest Green Rovers this evening.

The Stags and Rovers played out a thrilling, end-to-end contest, which somehow ended without either net bulging at One Call Stadium.

The manager was full of praise for the Stags after their impressive performance, especially in the second-half.

“It’s funny how a 0-0 can be that good and that entertaining, but that [goal] was the only thing that was missing,” he told iFollow Stags.

“I thought we were a bit unlucky not to get that goal tonight. Overall, you look at the performance, and the second-half was the best we’ve played since we’ve been here.

“I thought the first-half was not bad, but in the second-half we stepped it up a gear and apart from the one chance where Stoney [Aidan Stone] has produced a brilliant one-handed save, that was about all they had.

“We had numerous [chances] in the second-half and you’re dying for a little break in the penalty area to give us that goal. 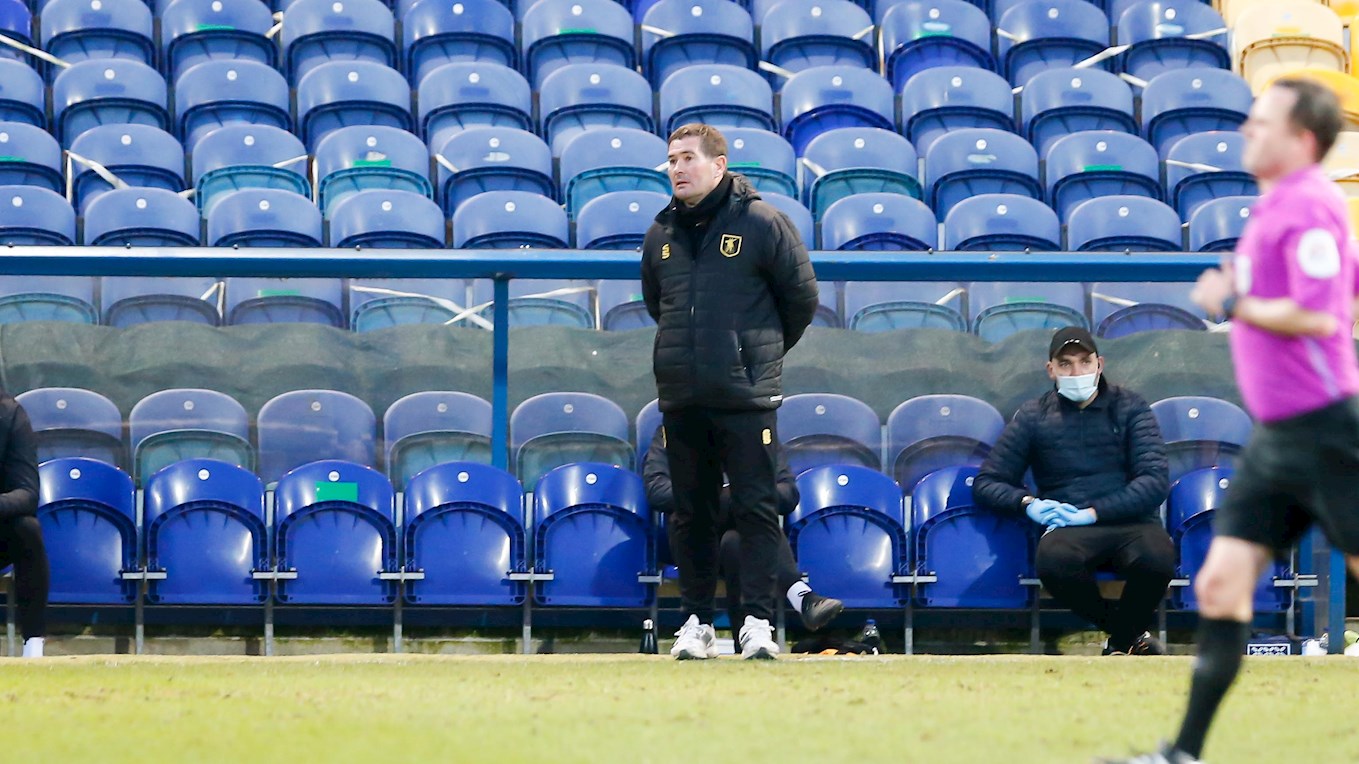 “The main thing was we got a clean sheet, we got a point which should’ve been three, but it’s a brilliant performance.

“We just got the ball down and we played. It was chalk and cheese to Saturday – there was more football in the first ten minutes [tonight] than the whole 90 on Saturday.”

The boss says that this performance will lift confidence levels in the Mansfield camp ahead of the final nine matches of the Sky Bet League Two season.

“We were very strong through the middle of the pitch. It’s four unbeaten now at home and it’s a clean sheet, which we haven’t had enough of.

“They are the sort of games that we’ve been losing. We’ve come off and we’re disappointed not to win, but we haven’t lost the game. 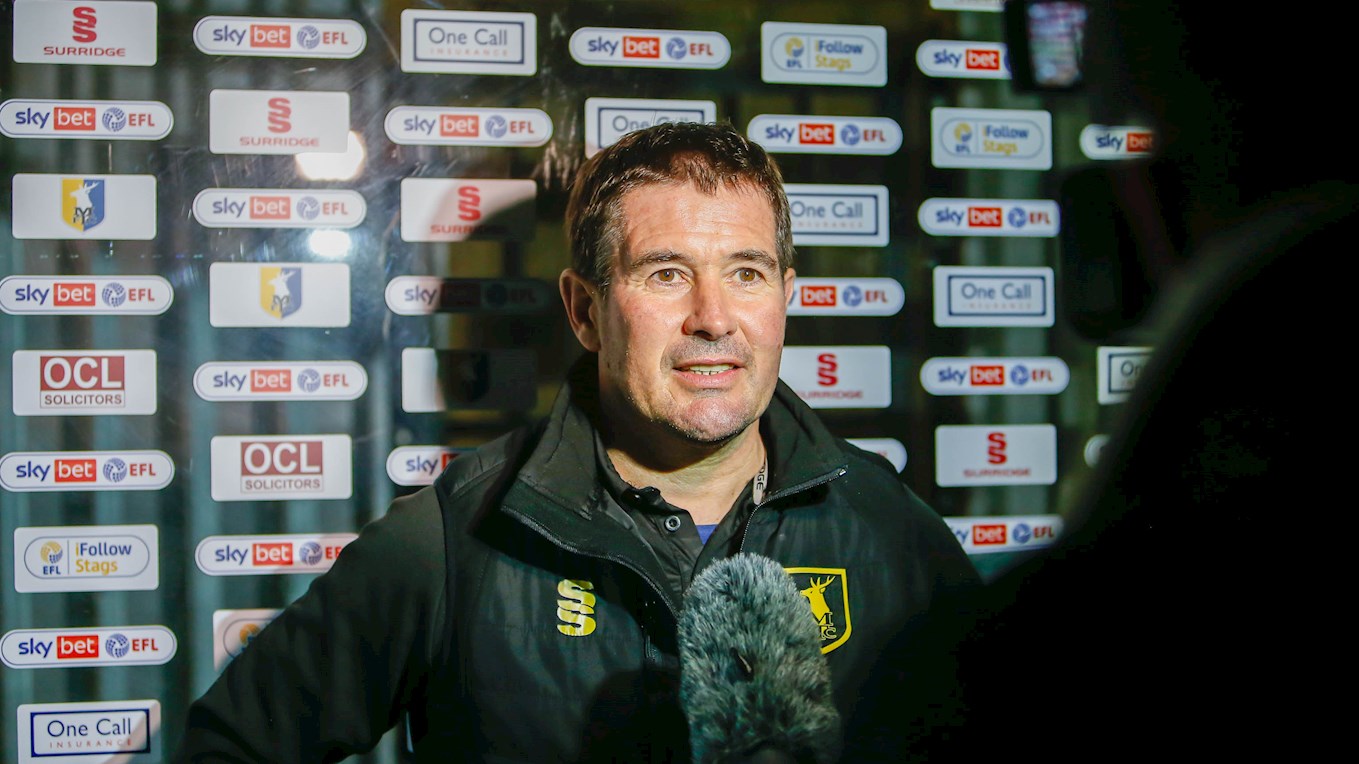 “It’s another point on the board towards that 50, but more than anything, it’s a confidence-lifting and morale-boosting performance for the last nine games of the season.

“It was us with a couple of corners in the final few minutes and if anyone was going to score [it would be us].

“It was bobbling around and that’s what we want to do. Let’s play in their half and play in their third, as sometimes that’s the best way to defend.”

Nigel Clough says tonight’s entertaining affair is the product of ‘two teams who want to get the ball down and play.’

“The likes of Forest Green and Cheltenham don’t give you the opportunity to play much as they close you down, but they are more interested in playing themselves [compared to other teams].

“Some teams want to stop you playing and see what comes from that. When you have two teams who want to get the ball down and play, you see a game like tonight.”