George Lapslie is already buoyed by the ‘chemistry’ inside the Stags’ dressing room, the attacking-midfielder revealed after an impressive 1-0 win at home to Coventry City this evening.

And with the new league campaign on the horizon, Lapslie says that the new-look squad is settling well.

“In terms of performances and the dressing room, everyone is pulling together.

“All the new boys have been top class and hopefully we can kick-on together.” 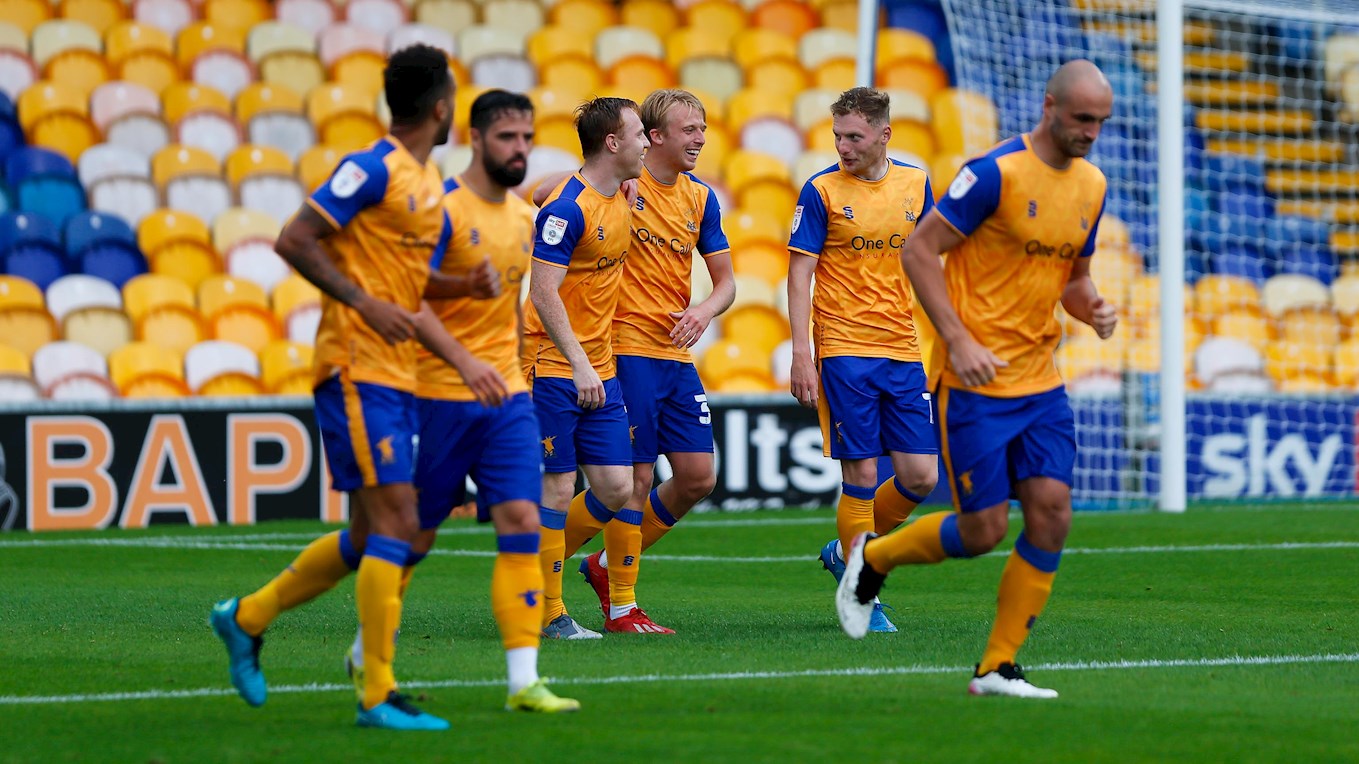 Last year’s Player of the Season described this pre-season as his career’s toughest to date.

“We’ve spoken about the intensity of our pre-season, and we’re starting to reap the rewards a little for that.

“It’s been the toughest pre-season of my career so far. It’s been quite relentless on some days. It’s bringing the boys closer together, more than anything. The team chemistry is at a high and we’re bringing each other through it. We can’t wait for the season to start.”

And with new signing Rhys Oates also able to play competently in an attacking midfield role, Lapslie feels that competition for places can only be beneficial for the squad.

“You always need healthy competition for places. There’ll be times when you’re not always in the starting eleven, it’s about getting three points as a team and getting towards the right end of the table.”

Speaking of the return of supporters this evening, he added: “It was class. I couldn’t believe there were just 2,500 inside, it sounded a lot more. If the fans are like that, week in week out, teams will hate coming here.”