Boss Nigel Clough was pleased to welcome back several members of his first team squad for yesterday’s pre-season friendly with Grimsby, following a self-isolation period for a number of players.

George Shelvey, James Perch, George Maris, Marek Stech, Farrend Rawson and Jordan Bowery all returned to the fold as the Stags lost narrowly to the Mariners.

The manager says that, despite some good individual performances, this stage of pre-season is ‘about fitness more than anything else.’

“It was another good run-out for us, physically more than anything else in this heat,” he told iFollow Stags. “Some of our play has to be better, and that will improve in the coming weeks.

“There were some good performances, but it’s about fitness more than anything else. We’re pleased with that, as we got 65 minutes into the majority of the lads.

“It was good to have James Perch on the pitch, along with George Maris. George took to the game very well. 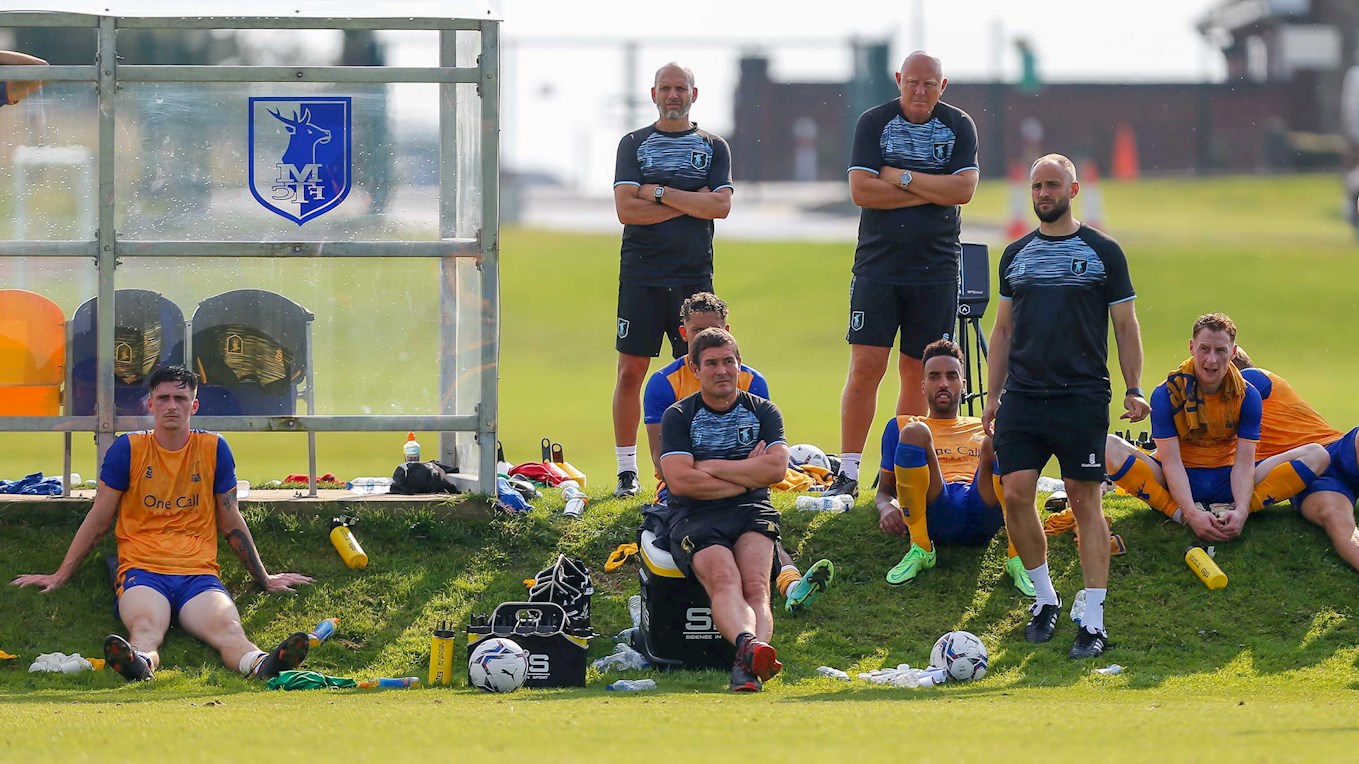 “We thought James Perch would only do 45 [minutes], but he managed to stay on for 60-odd, which was good.

“Stephen McLaughlin got 90 minutes under his belt, which is good as well. I thought he played well today.

“I also thought Rhys Oates was very positive again. In every training session and every game so far, he [Rhys] looks positive. When he picks it up, he looks to go forward and tries to get a shot off or cross off.

“We had enough chances and situations to get a goal today, certainly. After Retford, the strikers aren’t quite hitting the target, but it’s early days for them.”

Nigel Clough also discussed the upcoming schedule for the Mansfield squad, which includes a brief trip away as a team before Friday’s match at Alfreton and Saturday’s clash at Hull City.

“We’ll have a couple of days away locally and then come back for the two games [Alfreton and Hull] on Friday night and Saturday,” he added.

“We’ll just keep building up the minutes. It’ll be towards 90 minutes over the weekend for most of the lads. 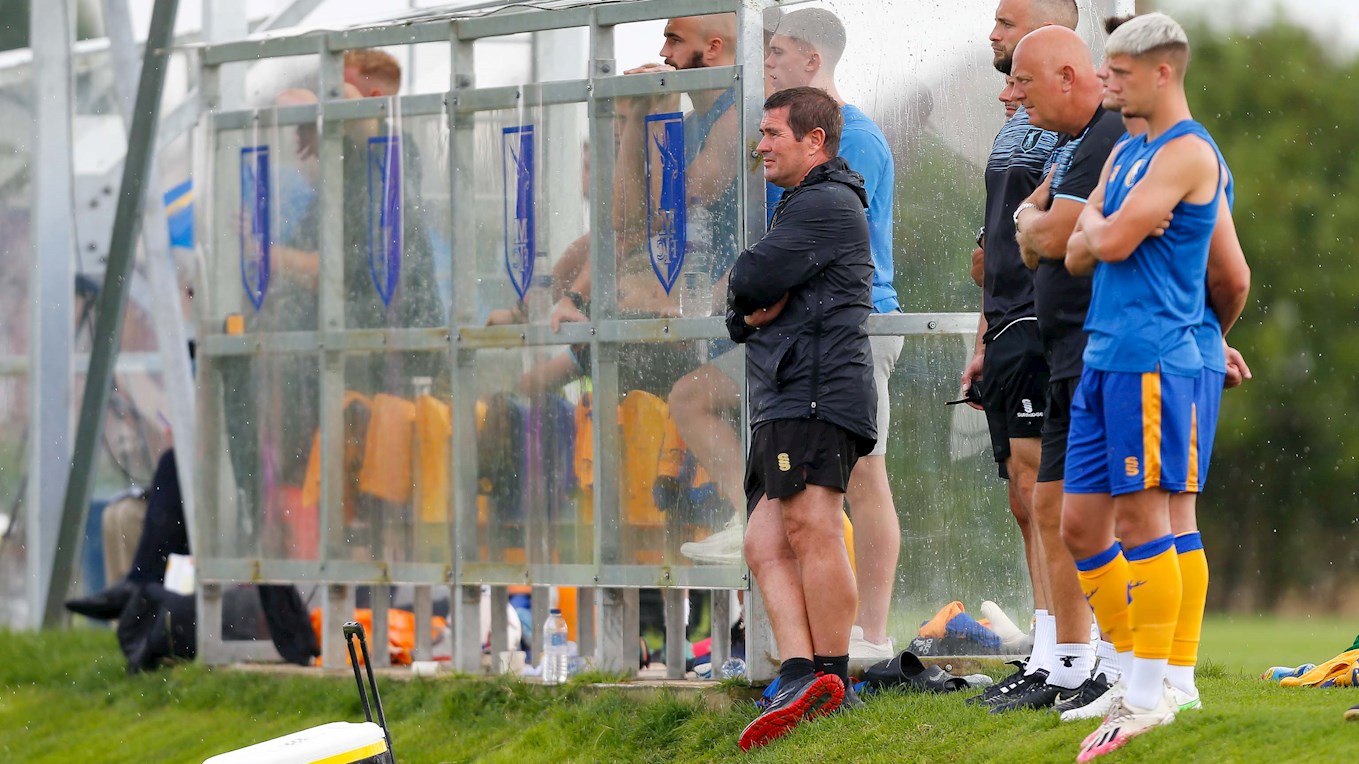 “One team will go to Alfreton on Friday, and there will be a bit of crossover for Saturday as well.

“They [players] won’t play [in both games] but they’ll be involved. They’ll be on the bench as cover, as we don’t have that many numbers to put out two teams and subs.

“But we’ll get two good sides out and continue to build up our fitness.”

The boss also provided a brief update on the ‘couple of knocks’ received as a result of the friendly with Grimsby.

“We got a couple of knocks. George Shelvey felt his thigh and came off at half-time. Then George Lapslie, with a couple of tackles he went into, felt his ankle.

“We didn’t want to take any chances with them, so we took them off at half-time.”