‘Let’s keep this run going’ was the message from manager Nigel Clough ahead of this weekend’s match away at Southend United, with the Stags looking to make it five wins in a row in Sky Bet League Two.

The clash at Roots Hall will be the first competitive fixture for Mansfield since last Wednesday’s win over Oldham, following Saturday’s home match against Carlisle being postponed, due to positive COVID-19 tests in the Blues’ camp.

Nigel Clough previewed Saturday’s match against the Shrimpers, emphasising his desire for the Stags to maintain their impressive recent form.

“The players had a rest over the weekend, and have come back in ready to work again,” the boss told iFollow Stags.

“We saw a Southend side come here [One Call Stadium] and knock it about against us, but we’ve also seen them two or three times, and they have played differently.

“Against Cambridge, they went quite direct in the first-half and caused them problems. They are one of those teams where you’re not quite sure what you are going to face.

“They [Southend] played well [against us] in the first-half and got that one-goal lead. It was that finish from Jordan Bowery late in the game that got us a point. 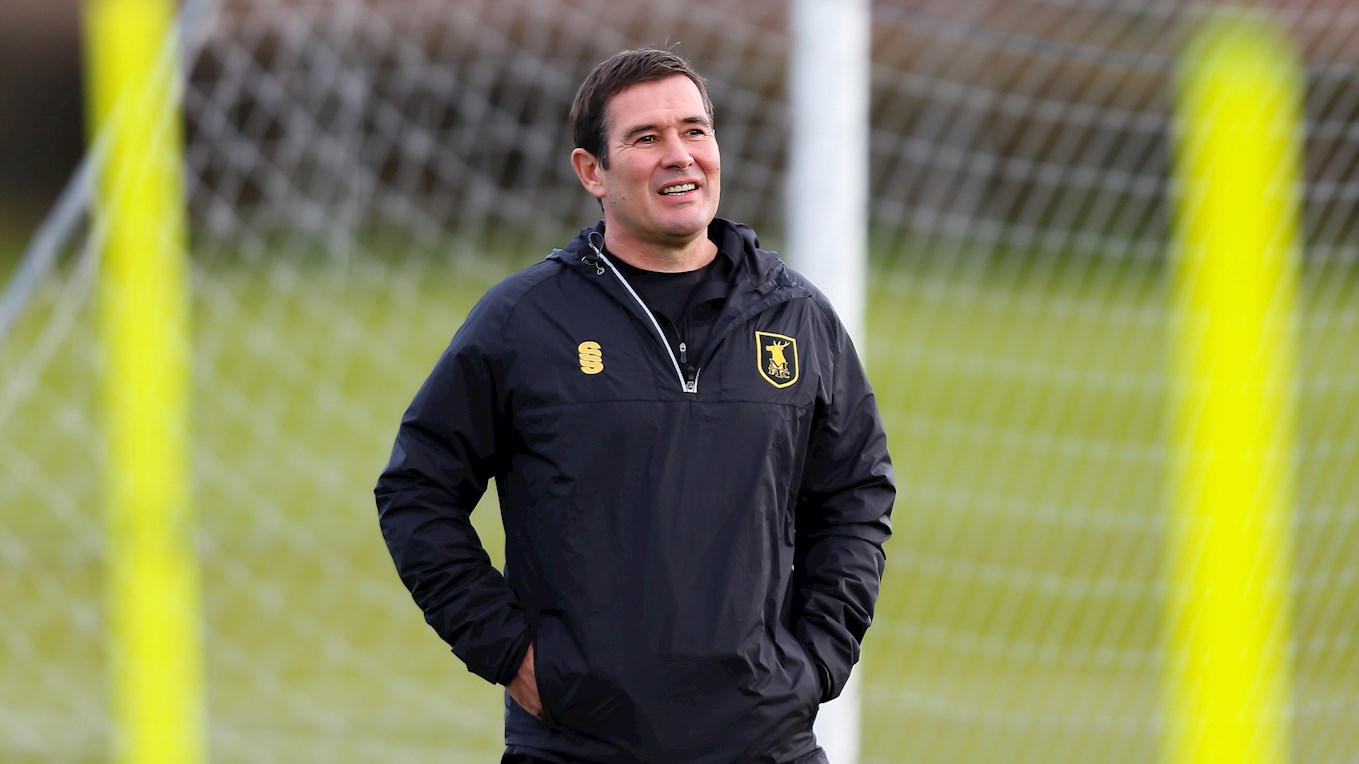 “When you look at the squad on paper, they have some very good, experienced players.

“We’re finding that out across the league, that there are certainly no easy games. For different reasons, they are all as difficult as each other.

“We’ve had a great run with our four league wins on the spin, but we’re all too aware that a couple of defeats could see us looking at the bottom few again.

“We want to avoid that, so that’s the incentive to the players. Let’s start looking up as much as we can and keep this run going, and see where it takes us.”

Two midfielders put pen-to-paper with the Stags over the last few days, with Stephen Quinn arriving on loan from Burton Albion, and George Lapslie making a permanent switch from Charlton Athletic.

The manager spoke of both signings, adding: “He [Quinn] will bring experience in the midfield area, which is very important. We have a generally young midfield, so we needed some experience in there.

“Some tenacity never goes amiss – I think his experience and his competitiveness will be an asset to us in the second half of the season.

“It [Lapslie permanent deal] is a brilliant signing for the club. We’re delighted that we have secured him for the next two-and-a-half seasons.

“I think he’s shown in the last few months that he is a goalscoring midfielder with potential to improve, and there aren’t many of those around.

“He fits in very well with the work ethic and the type of player that we are trying to bring in.

“We hope to do a little bit more in the last ten days of the window. In an ideal world, we’ll get a couple more in and two or three out.”

Along with the two incomings, this week saw the permanent departure of midfielder Alistair Smith to Altrincham, and defender Rollin Menayese going out on loan to Grimsby Town.

“I think it’s great for him [Smith] – he went there [Altrincham] on loan a few weeks ago, and he’s been playing week-in, week-out,” added Nigel Clough.

“It would be very difficult for him to break into our team with the strength of the midfield that we have, so I think it’s a great opportunity for him.

“He [Menayese] asked to go on loan because he wasn’t starting regularly. He was a bit unlucky, as he did very well at Cambridge when he came in.

“But we’ve been very pleased with the pairing of Faz [Rawson] and Ryan Sweeney, and James Perch when he stepped in as well.

“He [Menayese] has gone down the pecking order a little bit, so he asked if he could go out and get some games. I think that’s brilliant when a player wants to go out and play, so he’s gone with our blessing.

“Hopefully he’ll get 20-odd games before the end of the season, and we’ll take it from there.” 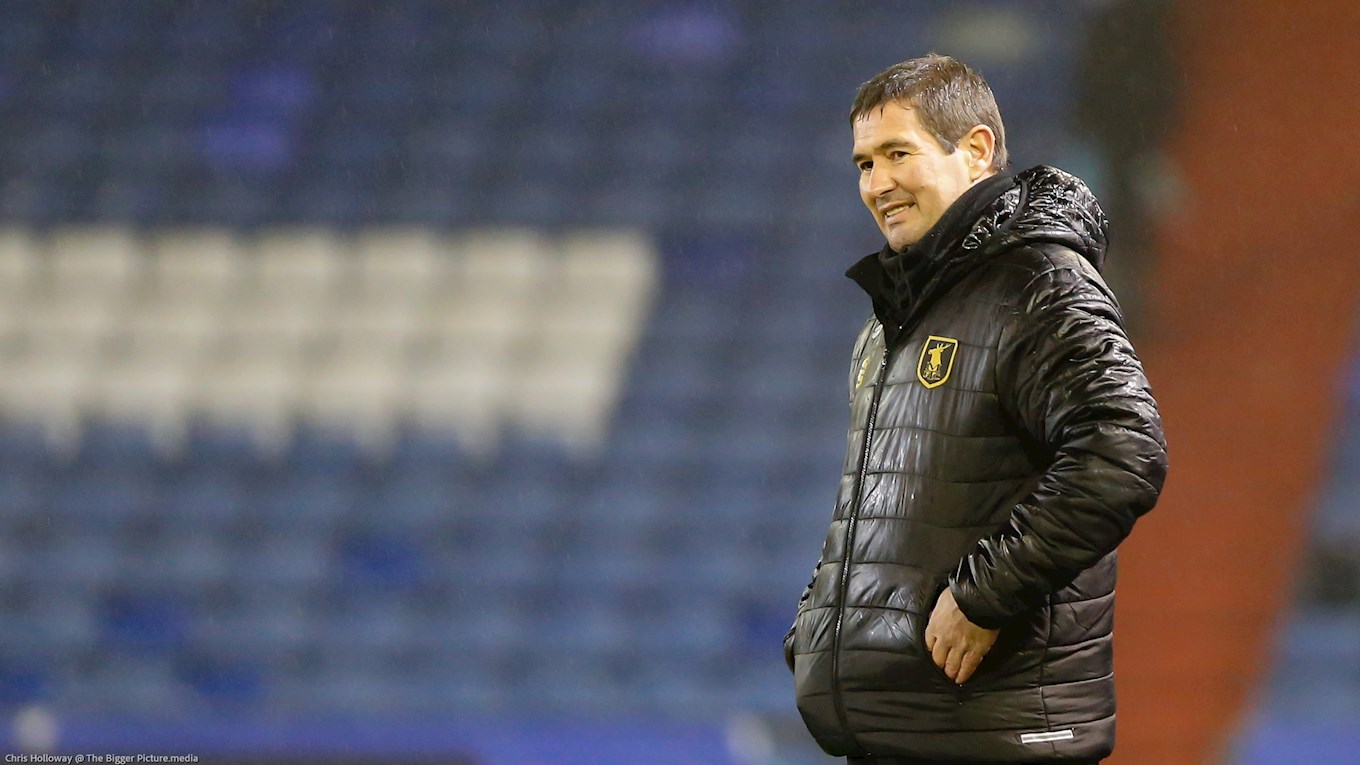 There was also an injury update from the boss ahead of Saturday’s clash with Southend.

“It’s just Ollie Clarke [out injured] really. James Perch is back in training after his illness.

“Ollie is still feeling the effects of that whack on his knee. He hasn’t joined in training yet, but we’re hoping on Friday he may do that. Then we’ll assess his chances for Saturday.

“Tyrese [Sinclair] hasn’t started training yet. It’s going to be a slow process with him, as he had a run the first day after his isolation finished and he didn’t feel too good.

“We all know about the effects of coronavirus, despite him being asymptomatic, and everyone recovers differently.

“We’re going to take it very easy with him and be very cautious. He’ll build up slowly in training.”

iFollow Stags subscribers can watch the boss’ interview in full by logging into mansfieldtown.net/ifollow.