Boss Nigel Clough was full of pride following a ‘whole team performance’ that saw the Stags secure their third consecutive league victory, by way of a 2-1 win over Salford City.

First-half goals from midfielder George Lapslie and striker Jordan Bowery – his sixth strike in four matches – saw the Stags earn a win that takes them up to 15th in the Sky Bet League Two standings.

The manager discussed his side’s display this evening, describing the first-half performance as the best he has seen during his time with the amber and blue.

“I thought we played well at Scunthorpe and on Saturday, but I thought the first-half eclipsed all of those [performances],” he told iFollow Stags.

“The 2-0 [scoreline] didn’t reflect the dominance or the chances created. The only downside of the whole evening was conceding the goal at the end. I thought we deserved a clean sheet tonight.

“We want to make it a difficult place to come, even without supporters. I thought the quality of the football was outstanding tonight.

“Second-half was a different proposition, we had to fight, scrap and defend at times. When we had opportunities, I thought we were a bit unlucky nothing dropped for us in the second-half. 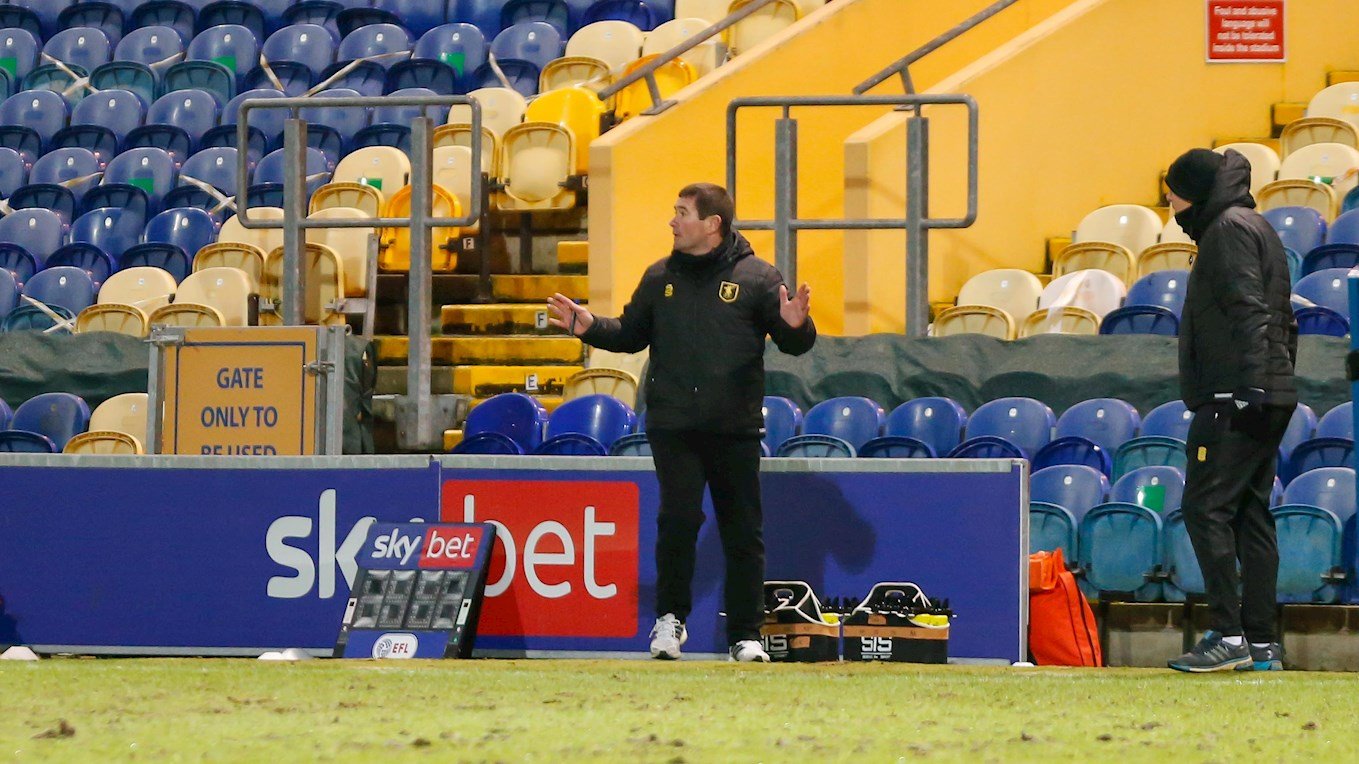 “We scored two great goals again, and could’ve had more. He [Bowery] had another couple of half opportunities as well, but it’s lovely to see him with a big smile on his face with the goals he’s scoring at the moment.

“We just want to stay the front foot. We’ll do less running that way if we keep working and keep them in their half. Some of the one and two-touch football around their penalty area was brilliant tonight.

“It was a whole team performance. You couldn’t pick a man of the match tonight – there were 11 of them.

“The consistency of performances in the last three games has been great and the different aspects that we showed in the second-half was very pleasing. I thought we showed a lot of maturity in the team.”

Nigel Clough discussed the change in tempo that the second-half brought, but was impressed by how his side saw out an important win.

“They [Salford] started the game trying to play out from the back and we caught them a few times with our energy and pressing.

“In the last five minutes of the first-half, they went more direct. They put the big lad [Tom Elliott] on at half-time and we knew they were going to play it up to him. 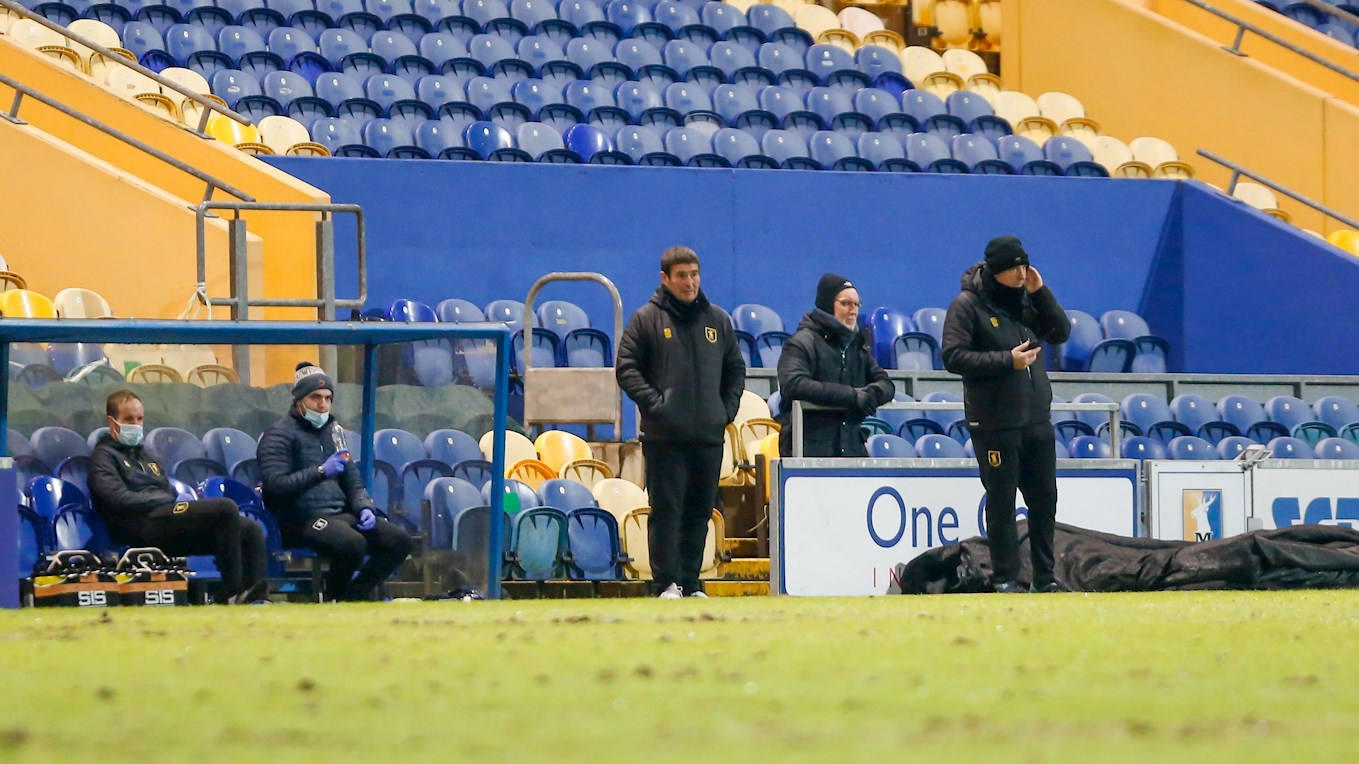 “I thought the two centre-halves won 99 percent of their headers tonight and handled that brilliantly.”

A tactical tweak which has coincided with the Stags’ recent upturn in form is midfielder George Maris being deployed in a slightly deeper role, allowing skipper Ollie Clarke to get further up the pitch.

The boss spoke of this change, adding: “I think [George] Maris, [Ollie] Clarke and Laps [George Lapslie] have been brilliant. They controlled the game from their positions.

“George Maris is maybe not as defensively solid as Ollie at times, but he handles the ball a bit better.

“Ollie’s strength in his running and his power comes into play when he can make those forward runs.”

iFollow Stags subscribers can watch the boss’ interview in full by logging into mansfieldtown.net/ifollow later tonight.