‘A great way to start the new year,’ said Mansfield boss Nigel Clough after seeing his side cruise to a 4-0 victory at home to Port Vale this afternoon.

Captain Ollie Clarke opened the scoring inside the first minute of the contest, and a Jordan Bowery hat-trick sealed three points in style amidst snowy conditions in north Nottinghamshire.

A red card for Valiants’ captain Leon Legge saw the Stags play the majority of the second-half against ten men, but the Stags’ manager believes his side were just as good against a full crop of Port Vale players.

“Back-to-back wins in the league and a big three points is very important,” he told iFollow Stags. “The manner in which we did it, I think it’s been coming for two or three weeks.

“It was nice to get the goals today, and for Jordan [Bowery] to get a hat-trick, he’ll be brimming with confidence. 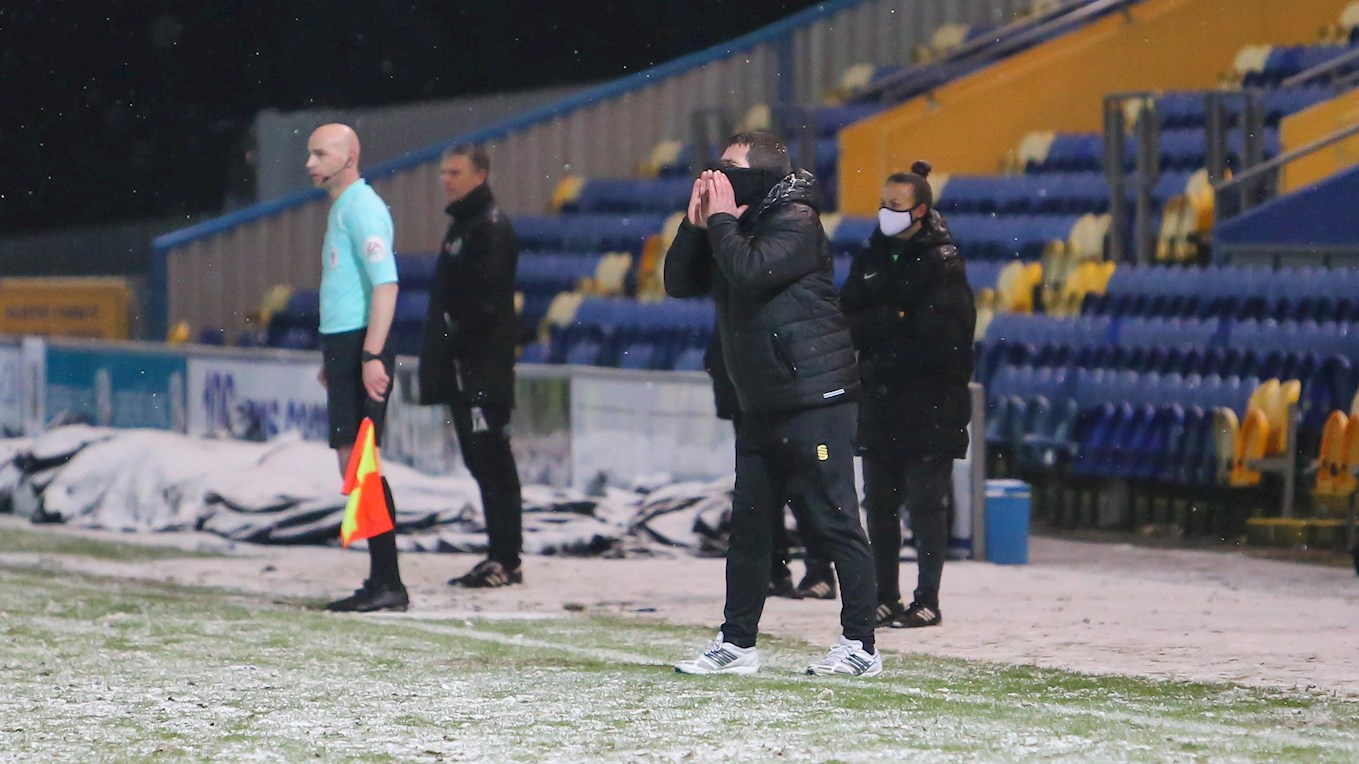 “We said to the lads that we want quick starts in games, especially at home. We switched the midfield a bit, having George Maris in the centre, which gave Ollie Clarke a bit more freedom to roam forward with it.

“They’re getting used to the formation and training was absolutely brilliant yesterday morning. They were sharp, they were bright, and I think it was a continuation from there into the game.

“We’re just encouraging the lads, when you do get into that [winning] position, to go and get more goals.

“I thought we played against 11 [men] as well as we did against ten. Sometimes you get a little bit sloppy against ten men, and it’s something that we mentioned to the players.

“It’s absolutely brilliant [to get the first home win of the season], and to do it in January of a new year, we’re all looking forward to 2021 being a much brighter year than the previous ones, so it’s a great way to start it.

“We have to get ready for Tuesday now. It’ll be a completely different challenge and prospect against Salford, so enjoy it tonight, but get ready for a battle on Tuesday.”

The boss also commented on Bowery’s hat-trick, something he says is ‘brilliant’ for the striker and the team. 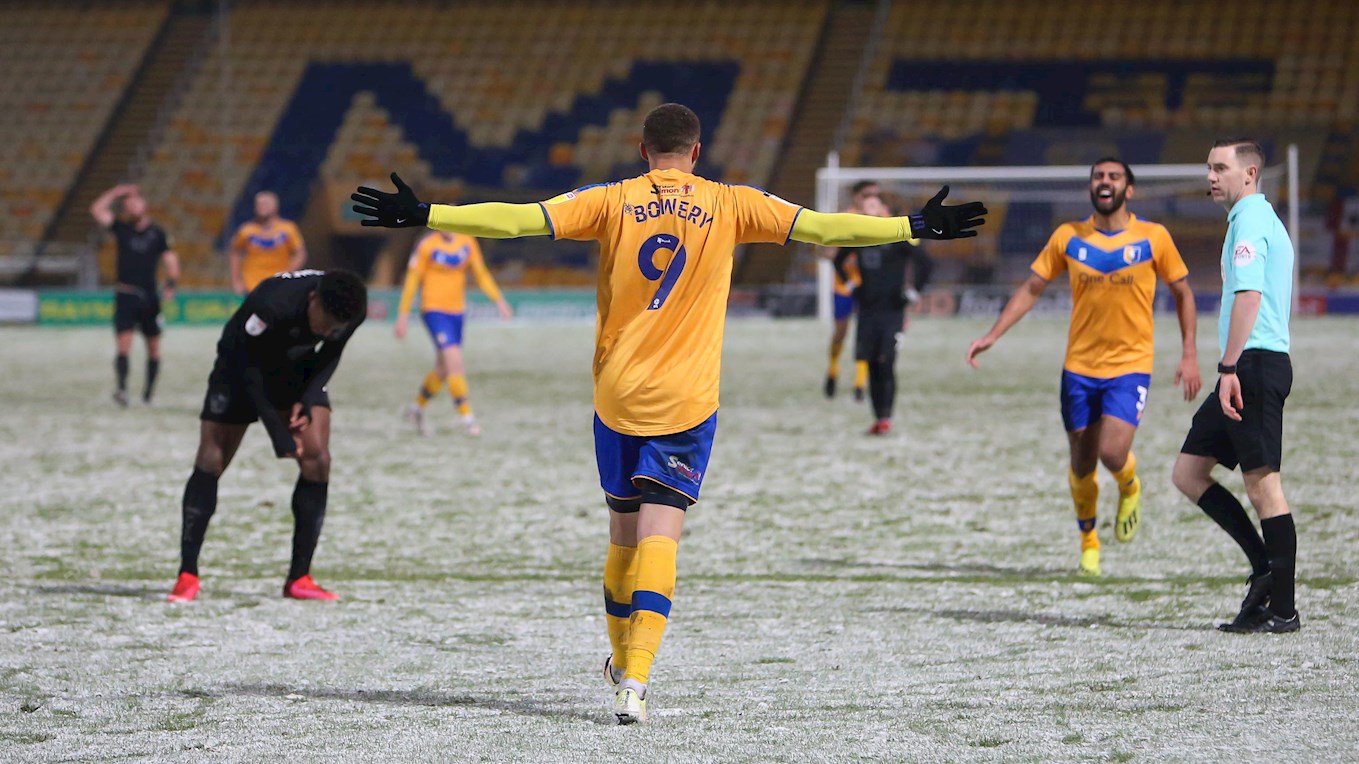 “I think it’s great, because the only thing he needed to add to his game was goals. And he’s done that in the last few weeks.

Both sides emerged from the half-time break to see the One Call Stadium surface covered in a white blanket, following a flurry of snowfall at the interval.

Despite the quick change in weather conditions, the boss says his game plan did not change for the second-half. 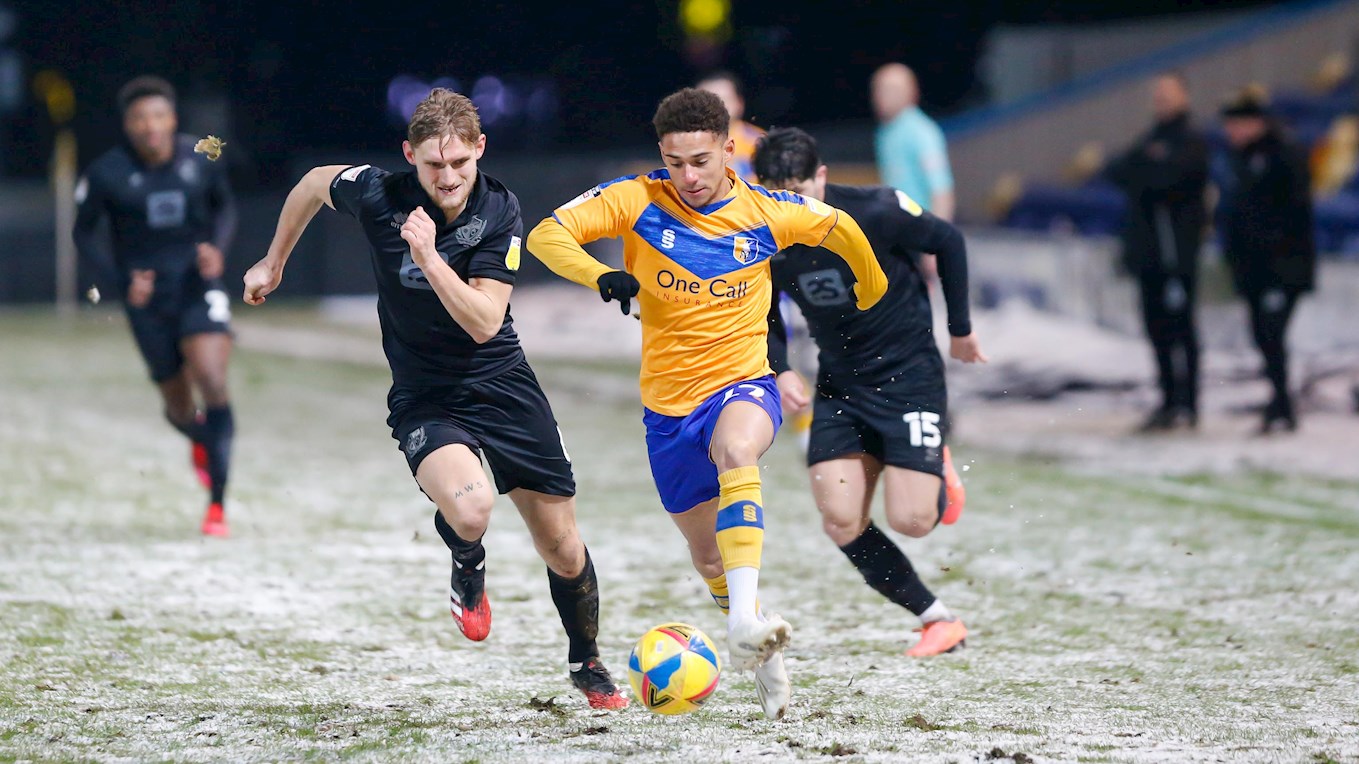 “No [we didn’t change our game plan]. Apart from asking Mez [Michael Merriman, head groundsman] to make sure he had enough brushes ready to clear the lines!

“The last thing we wanted was the game to be abandoned. The referee did well, he stopped it once and got the lines cleared.

“To be fair to Port Vale, John [Askey, Port Vale manager] and his staff, they were never moaning at all about the outcome of the game or possible abandonment. So credit to them for that.”

There was also an update on right-back Kellan Gordon, who missed today’s game due to injury.

“He [Gordon] just felt his hamstring. He came off last week with it, and he just felt it in training this week.

“Hopefully it’ll only be about a week or two, the same as Nicky [Maynard]. They’re not too far off, which is good.”