Manager Nigel Clough says it is a ‘brilliant achievement’ for the Stags to win four successive league matches for the first time since February 2017.

Goals from midfielder Harry Charsley, defender Ryan Sweeney and striker Jamie Reid secured a 3-2 win away at Oldham Athletic this evening to push the amber and blue up to 12th in Sky Bet League Two.

The boss was left ‘thrilled’ by a performance that perhaps should have seen more goals from the Stags, who created chances in abundance at Boundary Park.

“Outstanding performance and a magnificent three points,” said Nigel Clough. “To come away from home, score three goals, and play it that manner, I’m absolutely delighted.

“I thought we were outstanding from start to finish. It was about the manner with which we went about the game. 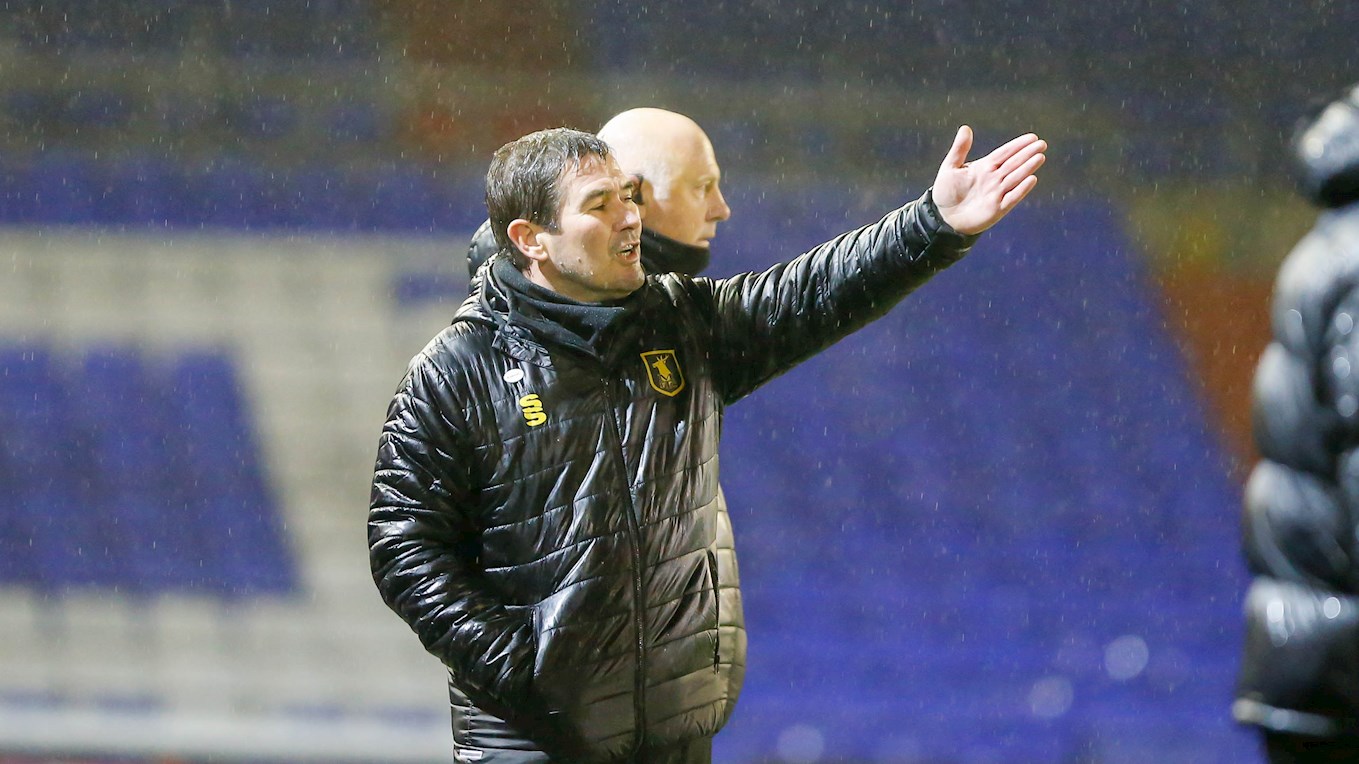 “We wanted three strikers up there. Home and away, we like to play the same – we like to attack teams and try to score goals.

“We have another three goals on the road, and we’re thrilled with the performance and the points.

“We’d have loved to go into half-time 3-1 up, I think that would’ve killed the game at half-time. But for Reidy [Jamie Reid] to get the goal so quickly after half-time, it was a blow to them and gave us that lift.

“I thought we managed the game very well after that. George Lapslie hit the bar, and we managed it so they had very few opportunities after that [third goal].

“I thought we had five or six really good chances in the first-half, so we were asking ourselves how were we losing 1-0. 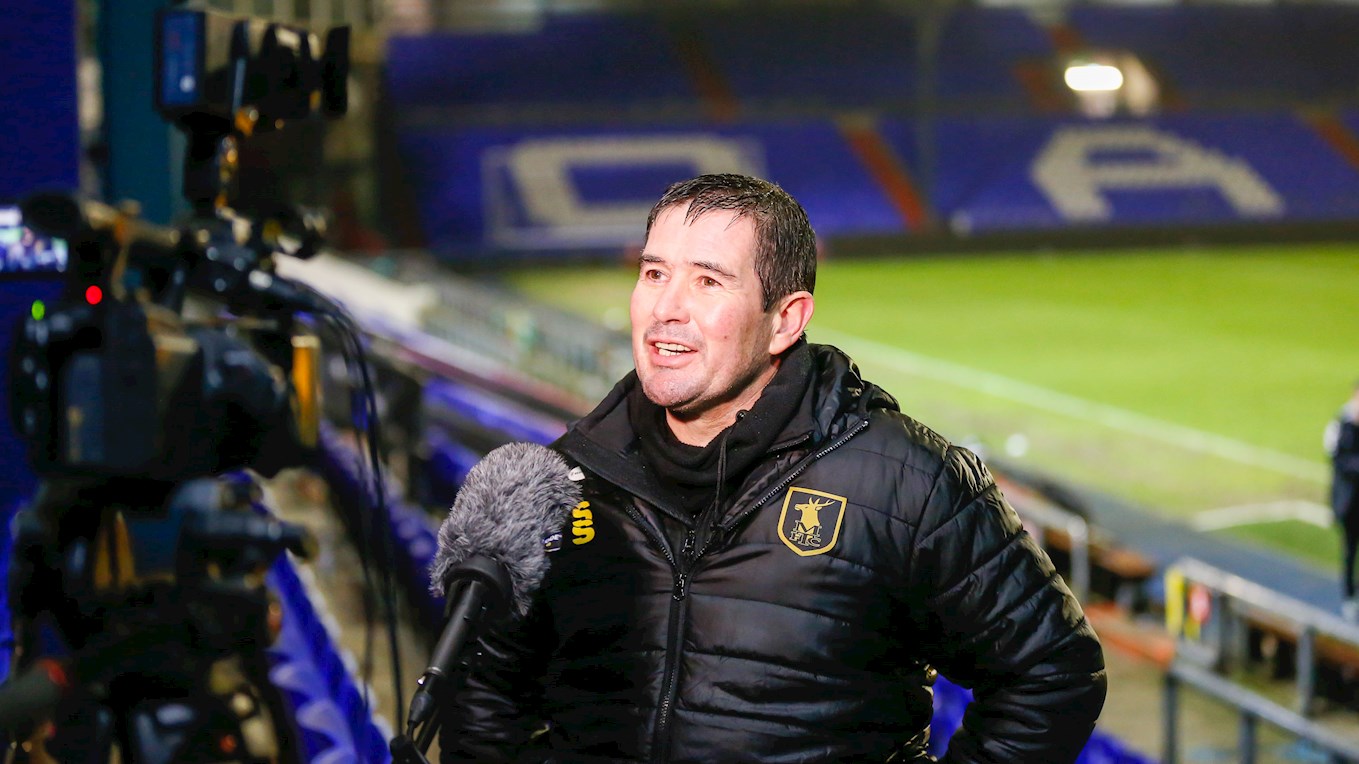 “But we kept going and kept going, and it all came right in the end, as it did.

“It [four successive league wins] is brilliant. We’re going to try and make it five against the league leaders [Carlisle]. It’s brilliant for confidence – especially after Sunday [loss to Cheltenham in Emirates FA Cup].

“To win four games on the spin at this stage of the season is a brilliant achievement for the players.”

“You sometimes think of a team and think ‘I want him and I want him’ – it was more in terms of that tonight,” he added.

“There were certain personnel we wanted in after Sunday. Mal [Benning] was shattered after Sunday and had a dead calf as well.

“Corey O’Keeffe played 120 minutes, so we were conscious physically of those two. 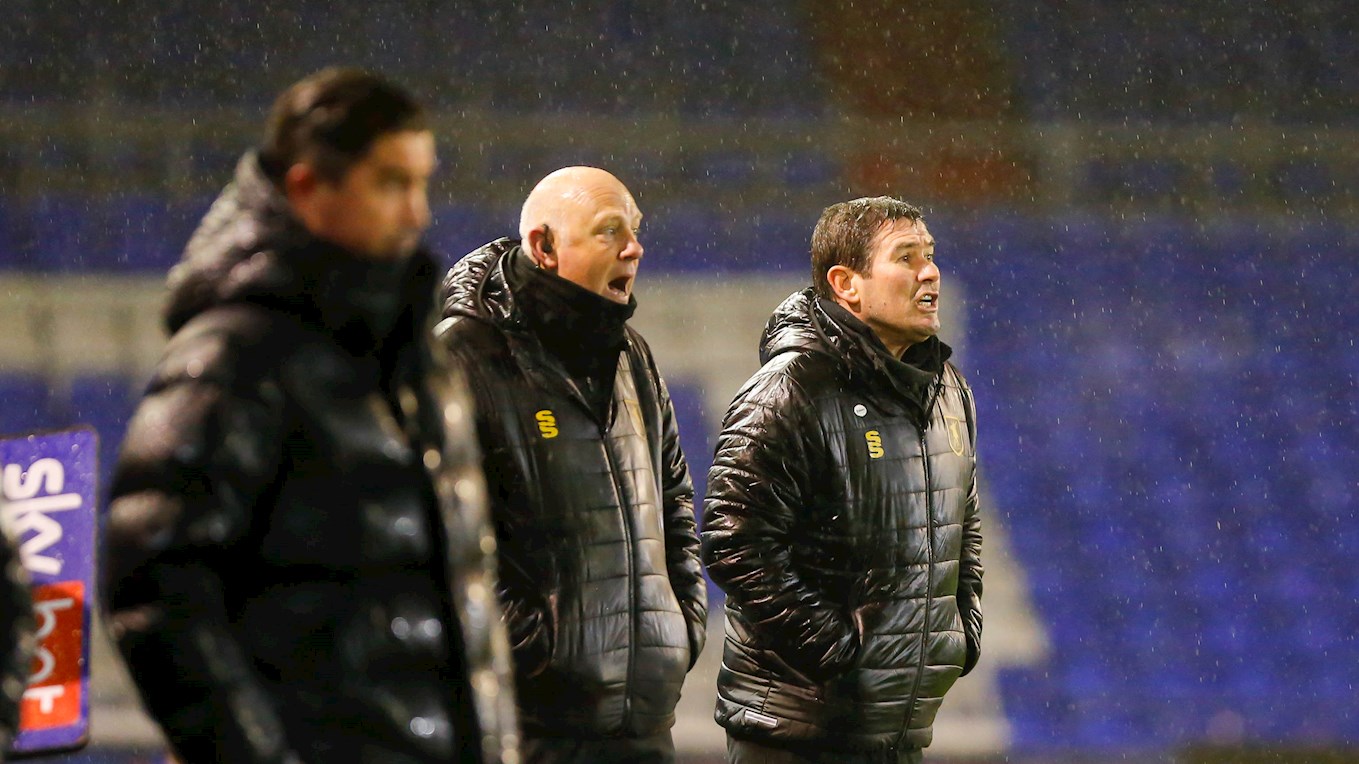 “I thought it was a good game for Cooky [Andy Cook] to come into as well. We pushed Reidy [Jamie Reid] out to the right and he still looked a threat.

“Stoney [Aidan Stone] had very little to do in the game, but what he did do was make a magnificent save at the end.”

There was also an injury update on defender James Perch and captain Ollie Clarke, along with a word on any potential transfer activity that could occur at One Call Stadium this month.

“It’s the same as Sunday. James Perch is still recovering from the bug he’s had, and Ollie [Clarke] from the bump on the knee he had against Salford.

“All being well, they should both be available for Saturday, but we’ll see how we go.

“We’re trying [to bring some players in]. We’ve put a couple of offers in for loan players today, so we’ll wait to hear back in the next 24 hours or so.”