Midfielder George Lapslie says he has ‘fallen back in love with the game’ at Mansfield Town, one of the reasons he decided to make his move to the Stags permanent.

The 23-year-old arrived on loan from Charlton Athletic in the summer, but has now signed a two-and-a-half year deal with the amber and blue after serial impressive performances this season.

Lapslie says he turned down offers from other clubs to sign for the Stags, adding that he is ‘really happy’ at One Call Stadium.

“As soon as I knew the offer was there, I said to my agent and the gaffer [Nigel Clough], ‘let’s get it done,’ so I could crack on with the rest of the season,” he explained.

“I did have other offers, some in the league above. But it’s important to be happy and this was the right move for myself, my little girl [Summer] and my girlfriend [Ruth], to make home up here.

“I had other offers, but Mansfield was where I wanted to be at the end of the day.

“There are a lot of pulls [to Mansfield] – it’s a great club. The staff around the ground, it’s a real family club. I came here, settled and I’m really happy. 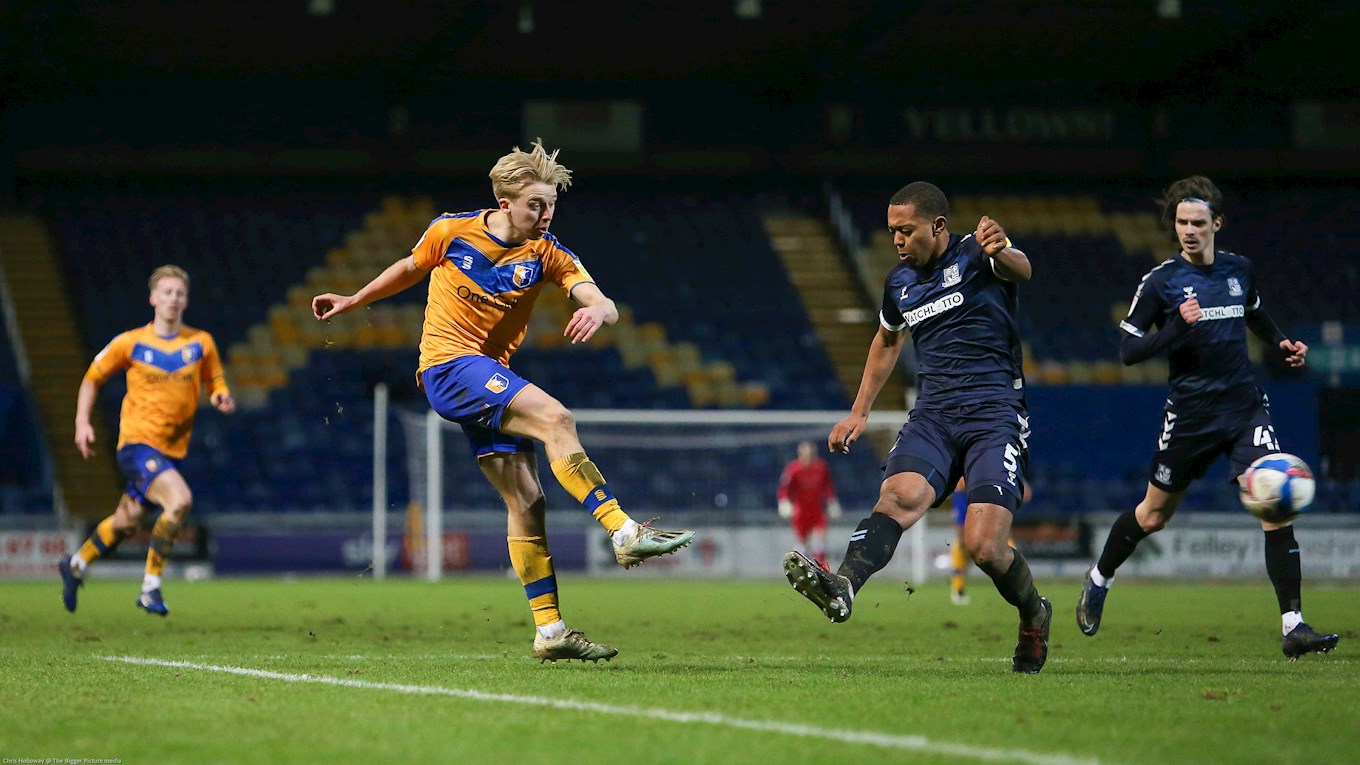 “I said at the start of the season it’s a rebuild season for me, but I’ve fallen back in love with the game in many ways and I’m delighted it’s done.”

The midfielder also described the impact that manager Nigel Clough had on his decision to pen a two-and-a-half year deal in north Nottinghamshire.

“The gaffer [Nigel Clough] is also a big pull and I just can’t wait to crack on now,” he added. “The level of my performance has probably been the best that it’s been for a while, and he believes in me.

“He gives me a freedom to express myself and the main thing is, he allows me to get into the box.

“He gives me that freedom to not worry about what’s going on behind me and to just get in the box. He’s allowing me to enjoy my time on the pitch. 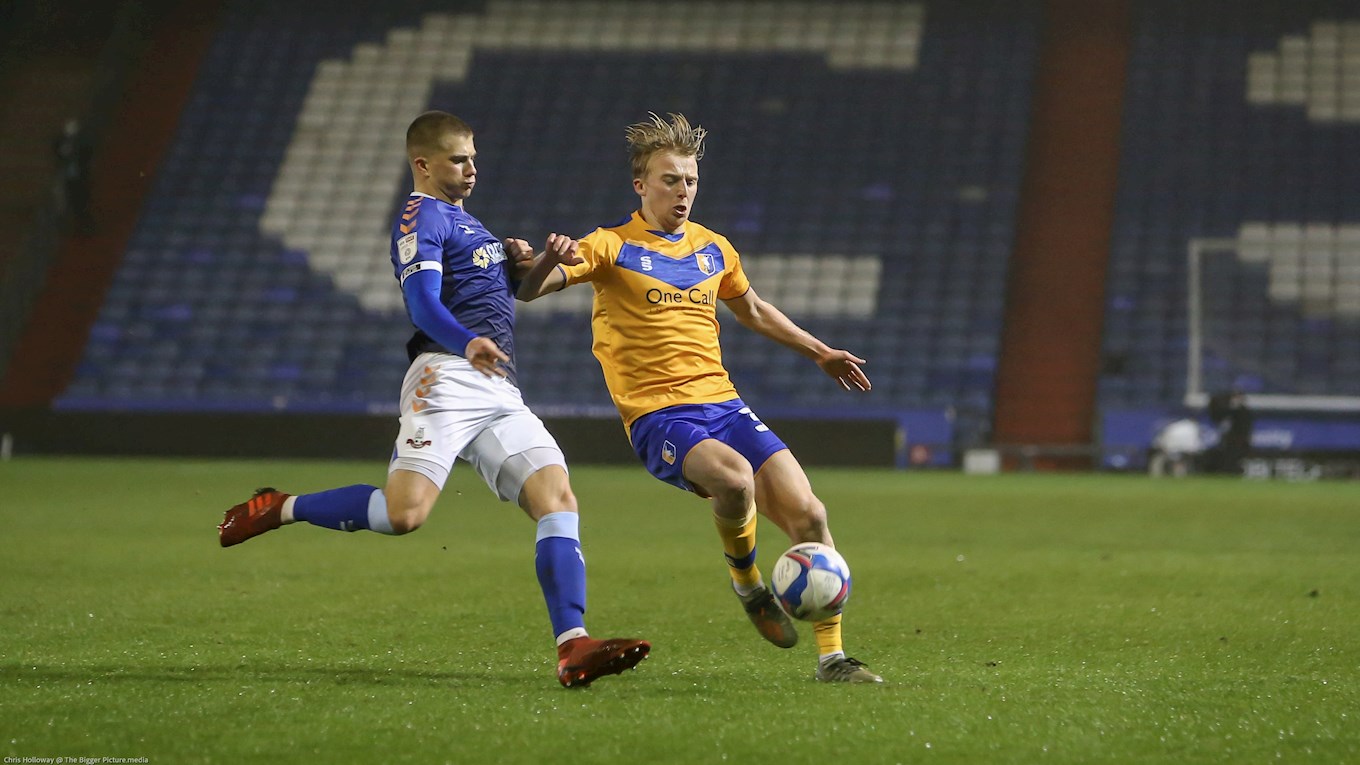 “I think I’m playing higher up than I was at Charlton, which is why I’m getting more opportunities to score.

“There is so much belief that the gaffer is putting in me and I am really enjoying it at the minute.

“There is a real hunger to win [under Nigel Clough]. In training, it’s very competitive and I think that translates to the pitch.”

Lapslie set out his targets for the season, and urged his teammates to aim high, following Mansfield’s impressive recent form.

“I think I’ve been doing well, but for me, the main thing is that I am happy and that I’m enjoying my football. 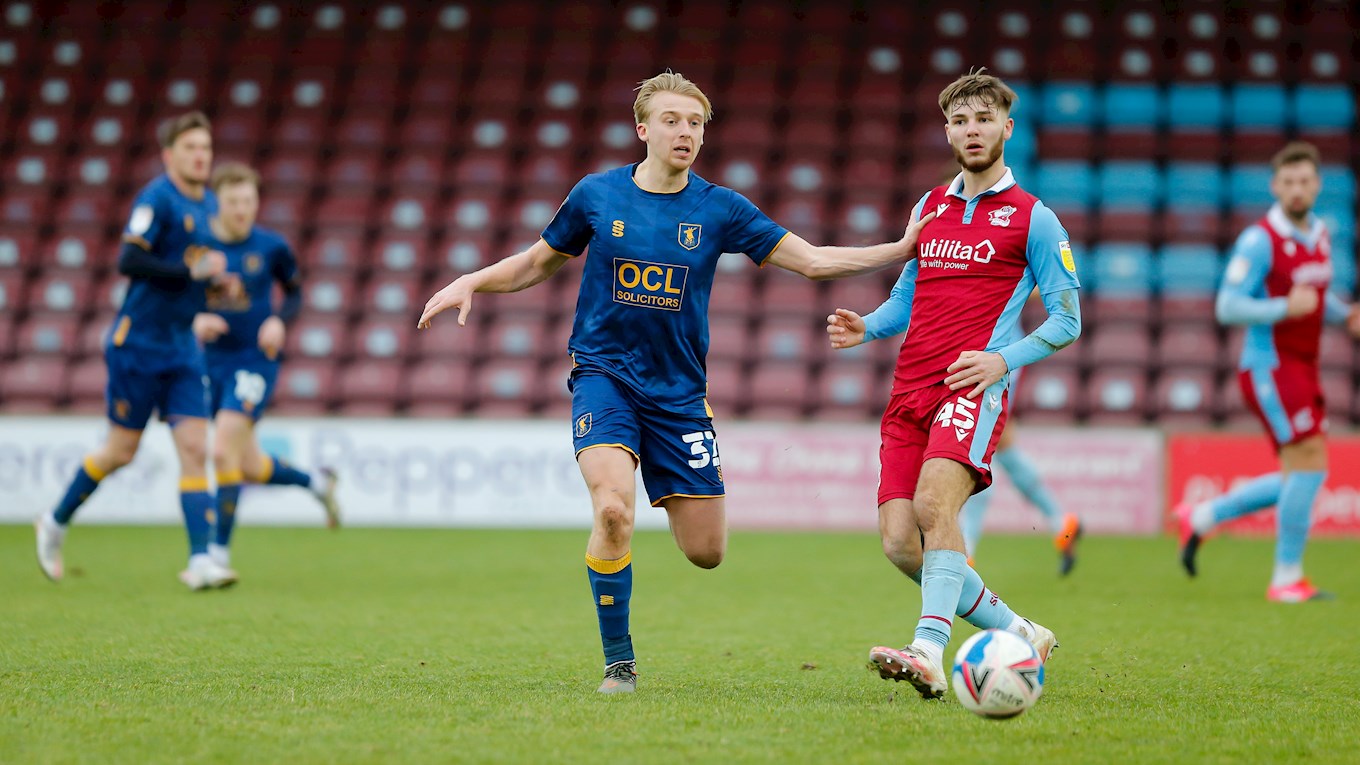 “We’ll aim for the play-offs [this season], even though it is a long-shot. The gaffer has said to me that even if it’s not this year, next year we should really be pushing, as our team is good enough.

“Personally, I want to keep enjoying my football, and try to get myself into double figures of goals for the season.

“As a team, our aim has to be to try and sneak into a play-off spot. Whether that is doable or not, that remains to be seen.

“Football changes quickly. If we win a couple more games, we’ll be right below the play-offs.”