First team coach Andy Garner says the management team are ‘very proud’ to match a 30-year record for the Stags – five successive Football League victories for the first time since 1991.

Frontman Jamie Reid applied the finishing touch for the amber and blue away at Southend United this afternoon to make it five wins from five in Sky Bet League Two.

Garner says that today’s victory at Roots Hall was a ‘fully deserved’ one.

“We’re delighted with the three points and the five wins on the trot. I think it was a fully deserved victory to be honest,” he told iFollow Stags. 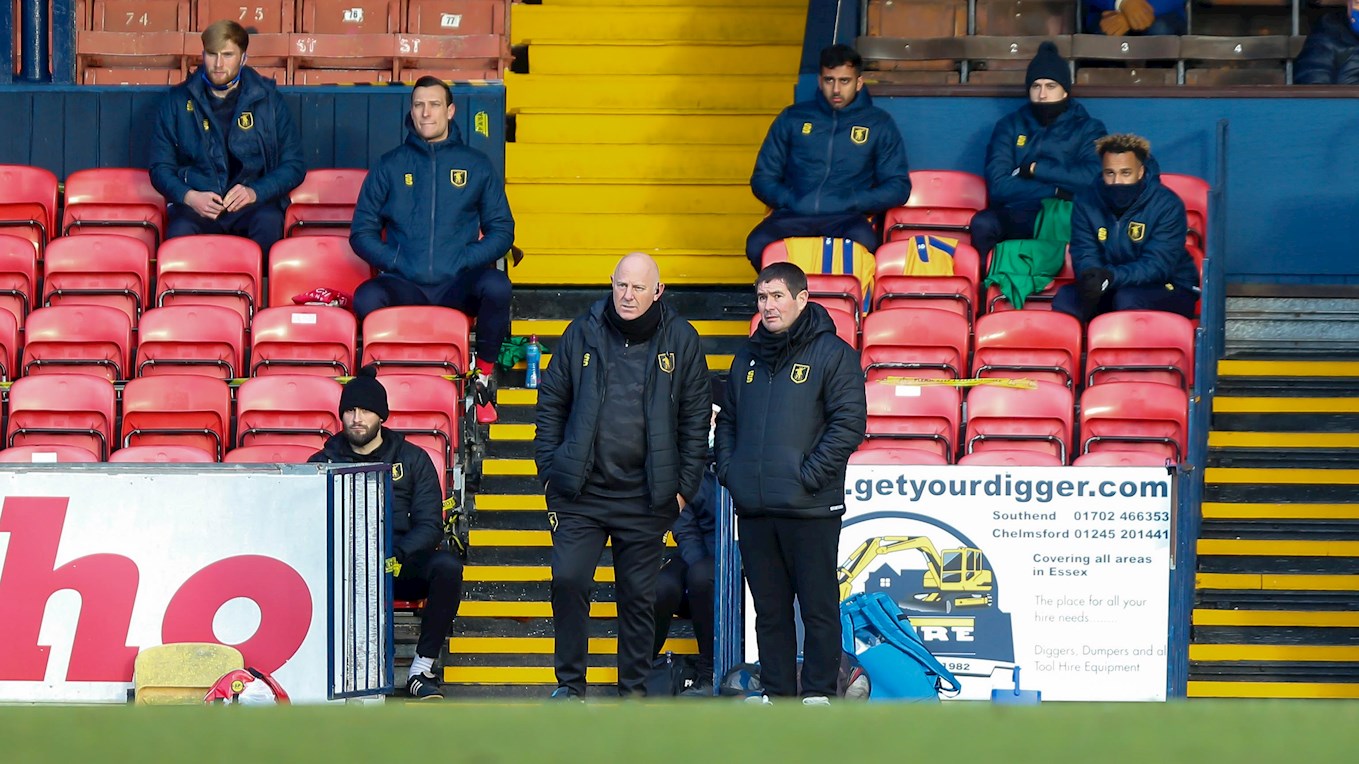 “I think we played really well in the second-half and limited them to very little. It was just nice to get that goal.

“We’re very proud [of five wins in a row]. We keep saying to them, there’s no better feeling than winning football matches.

“We’ve got another one [win] today, and it’s a long trip home that will be a fantastic trip home.

“It’s a great feeling for us, and the lads have deserved that, because they have been working incredibly hard and incredibly well.”

The coach also touched on today’s strike-pairing of Jordan Bowery and Reid (below), who both had big parts to play in the winning goal. 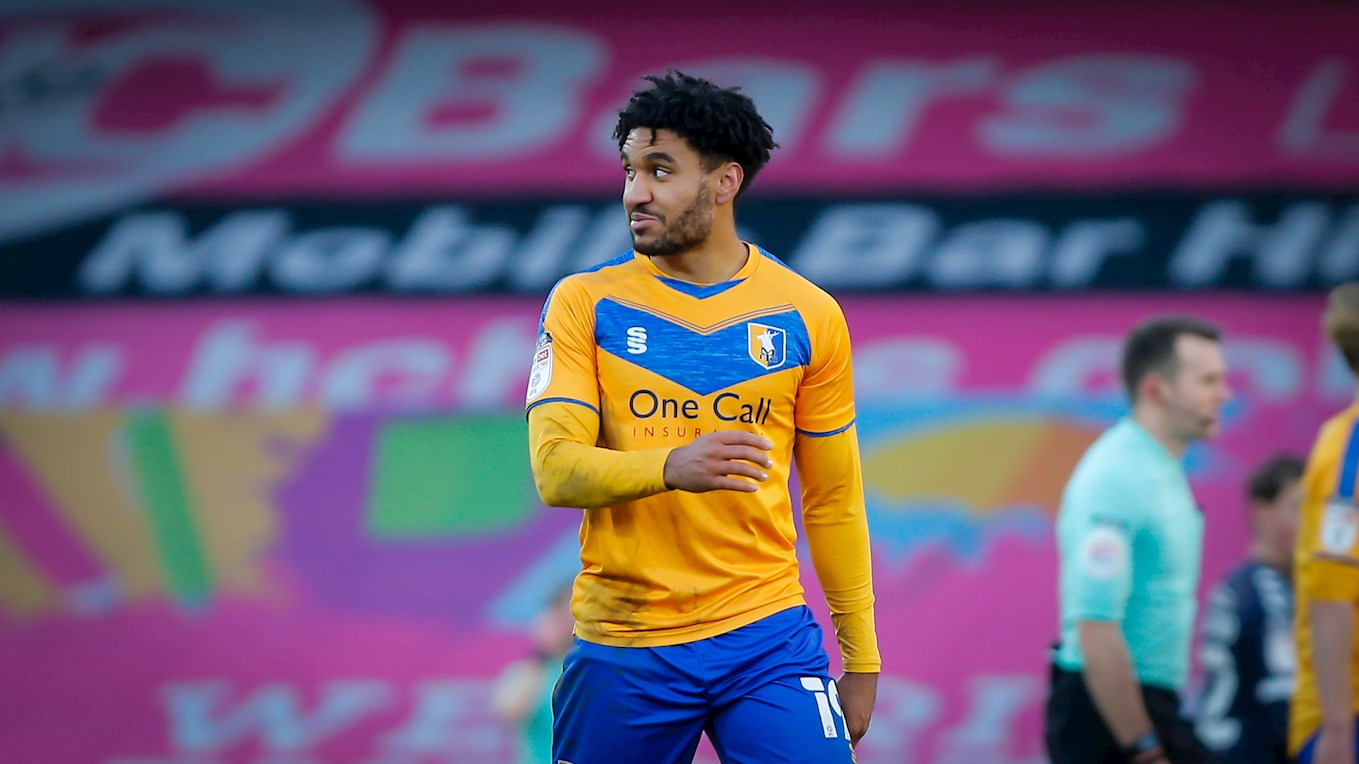 “It was unbelievable [work from Jordan Bowery for the goal],” he added.

“The thing is with Jordan, he has that fantastic bit of pace about him. It was so pleasing, as we’ve been speaking about it for a while on him coming inside, and the most important thing is that he’s hit the target.

“You see so many people coming inside and blazing the ball over the bar, but it was fantastic – he hits the target, their ‘keeper makes a save and we’ve got Reidy following in. We’re delighted with it.

“He [Bowery] is one of the nicest people I’ve ever met, and he was really down when we came. But he’s a nice guy to work with, and it’s little things like that today that makes me happy.

“What benefits Reidy is us telling him ‘your goals will come because of all the work you put in.’ He has ran miles and miles, doing everything he possibly can.

“And you get your rewards. We’ve told him that it doesn’t matter about goals, you just keep playing the way you are doing, and the goals will come.”

On-loan Burton midfielder Stephen Quinn (below) made his Stags’ debut this afternoon, someone Garner describes as a ‘fantastic’ player. 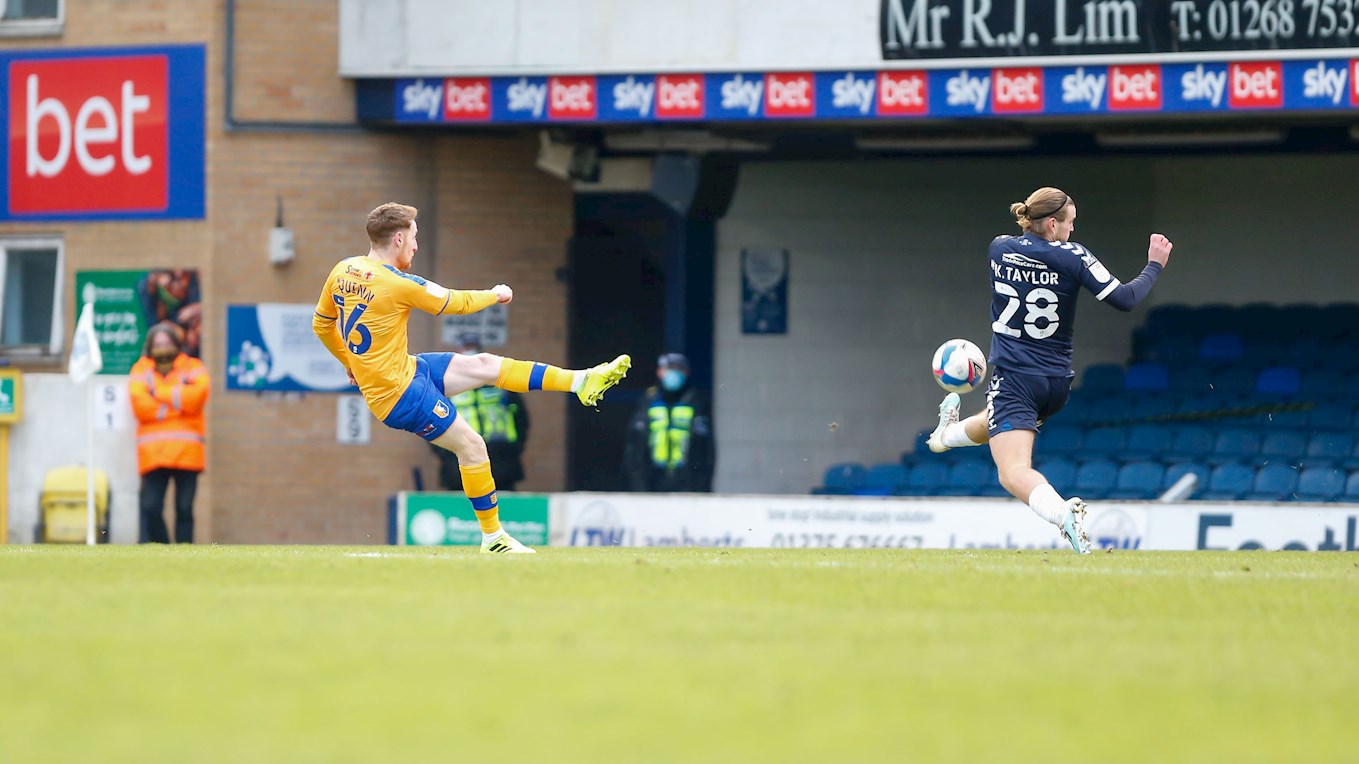 “We know Quinny inside out – he’s fantastic. He gives us that bit of experience and that bit of bite and steel.

“It [substitution] was down to after the 70th minute, he was shattered, so just a bit of tiredness.

“He is a good player and that’s why we’ve brought him to the club.”