Manager Nigel Clough has previewed Tuesday night’s clash away to Harrogate Town, with the Stags aiming for a return to winning ways in Sky Bet League Two.

The boss, speaking in Monday morning’s news conference, spoke of the upcoming match with the Sulphurites, describing them as being ‘as competitive and physical’ as any other team in Sky Bet League Two.

Nigel Clough says that the Stags can use recent performances as motivation for their next few fixtures.

“It’ll be a tough one [against Harrogate],” he told iFollow Stags. “We know from when we played them at home, they are as competitive and as physical – in the right way – as any team in the league.

“They have come into the Football League and have gotten such a lift from it – they’ve battled and scrapped to stay in the league. They close you down and they stop you playing as well as anybody.

“Once they got that lead [at One Call Stadium], they were throwing bodies in front of the ball and fighting to hang onto it. 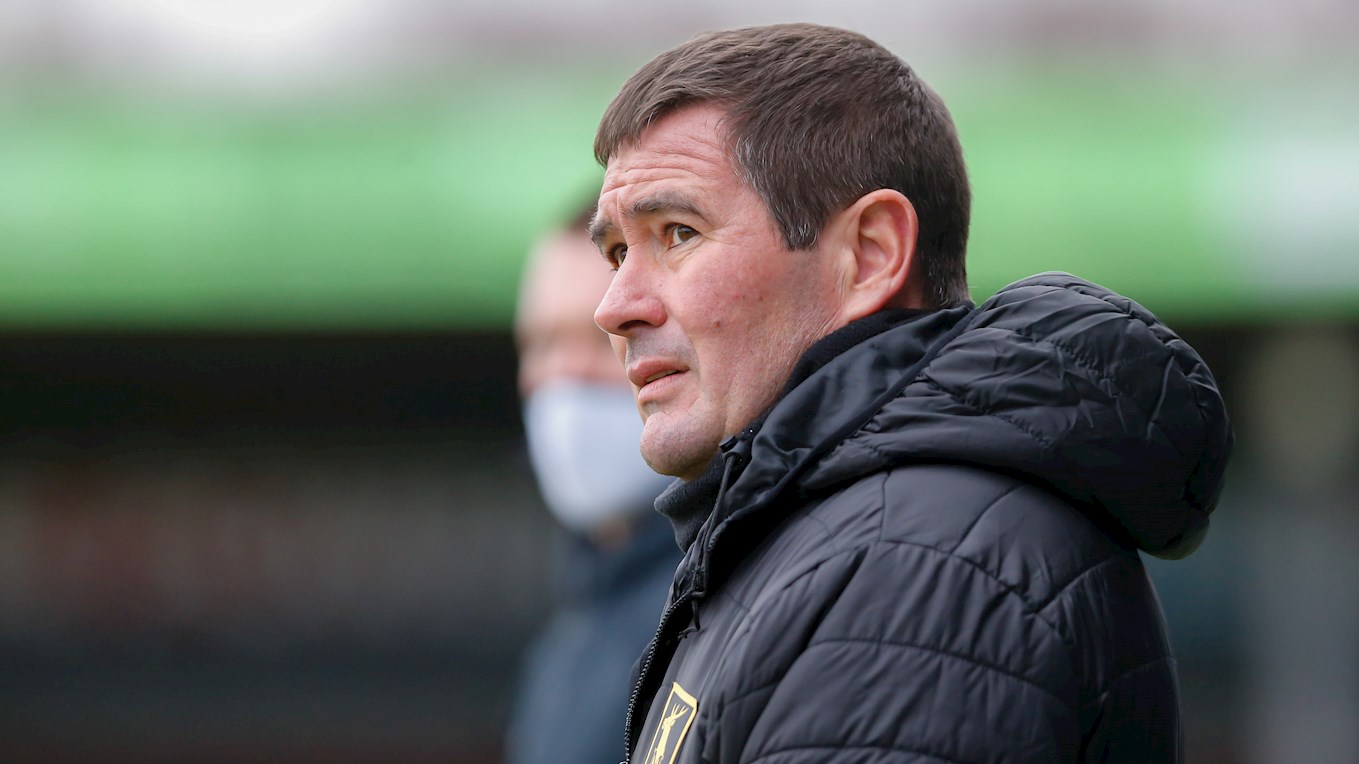 “I think they have had a brilliant first season in the Football League. We’ll certainly be mentioning it [reverse fixture] but the only motivation we need is the last week.

“To play as well as we have done in patches and come out with one point out of nine, is incredibly unfair and unjust on us.

“I think the next games are good ones for us to have, but we need to get some points on the board to try and get back into the top half of the league.”

The Stags’ boss offered his final thoughts on Saturday’s 3-0 defeat to Cambridge United, suggesting that the eventual scoreline was harsh on his side.

Despite this, the manager did concede that the amber and blue must improve defensively in upcoming matches.

“Having watched the game back, it backs up what we said on Saturday. Some of our football between the penalty areas was as good as it’s been in recent weeks, so it’s difficult to know how to take it [loss],” he added. 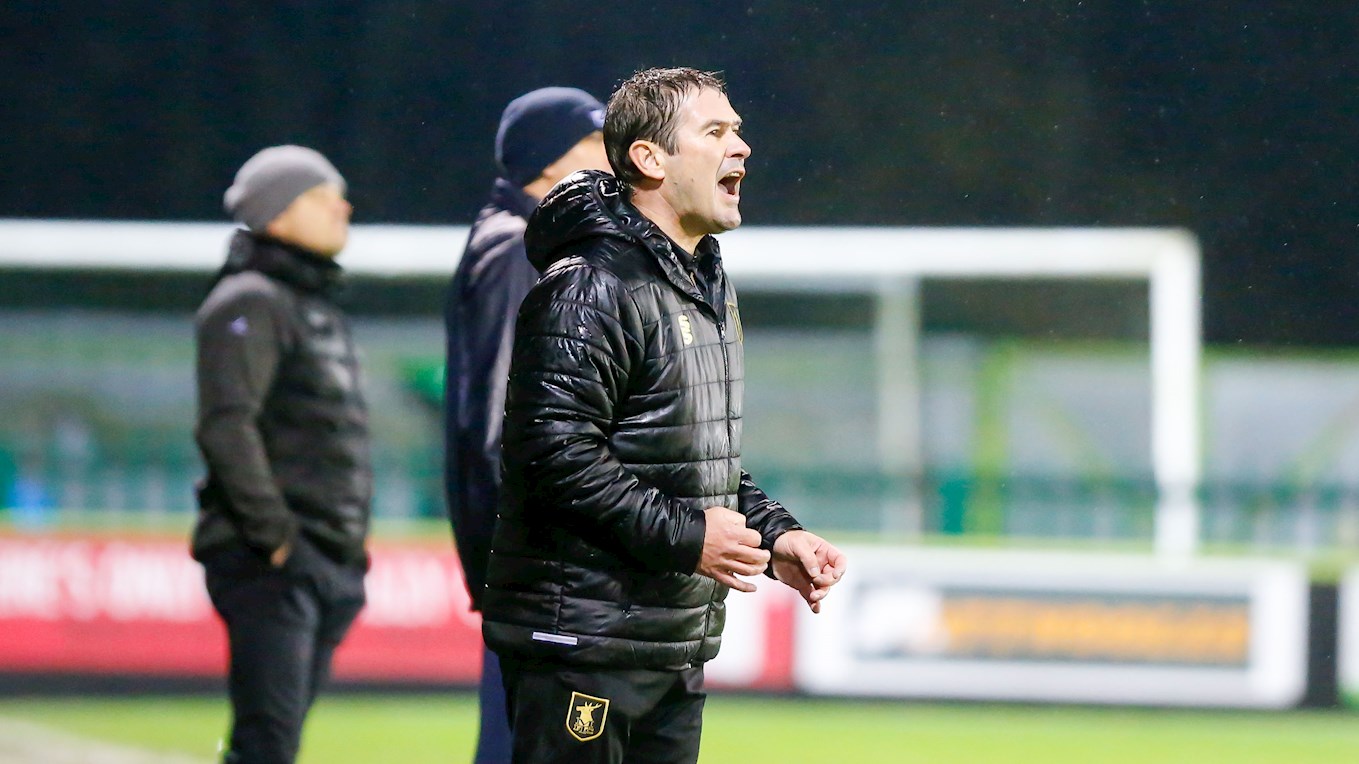 “One thing that was absolutely clear is that we have to improve in both penalty areas, especially defending.

“We were pretty close with Jordan Bowery and Harry Charsley in the first-half, but we’re getting into some really good situations.

“But to think they’re top of the league and we’ve dropped down to 18th, there wasn’t a lot of difference between the two teams.”

Saturday’s clash saw youngsters Tyrese Sinclair and Jason Law introduced from the bench, and the manager spoke of the pair – along with his relatively young squad as a whole – in Monday’s news conference. 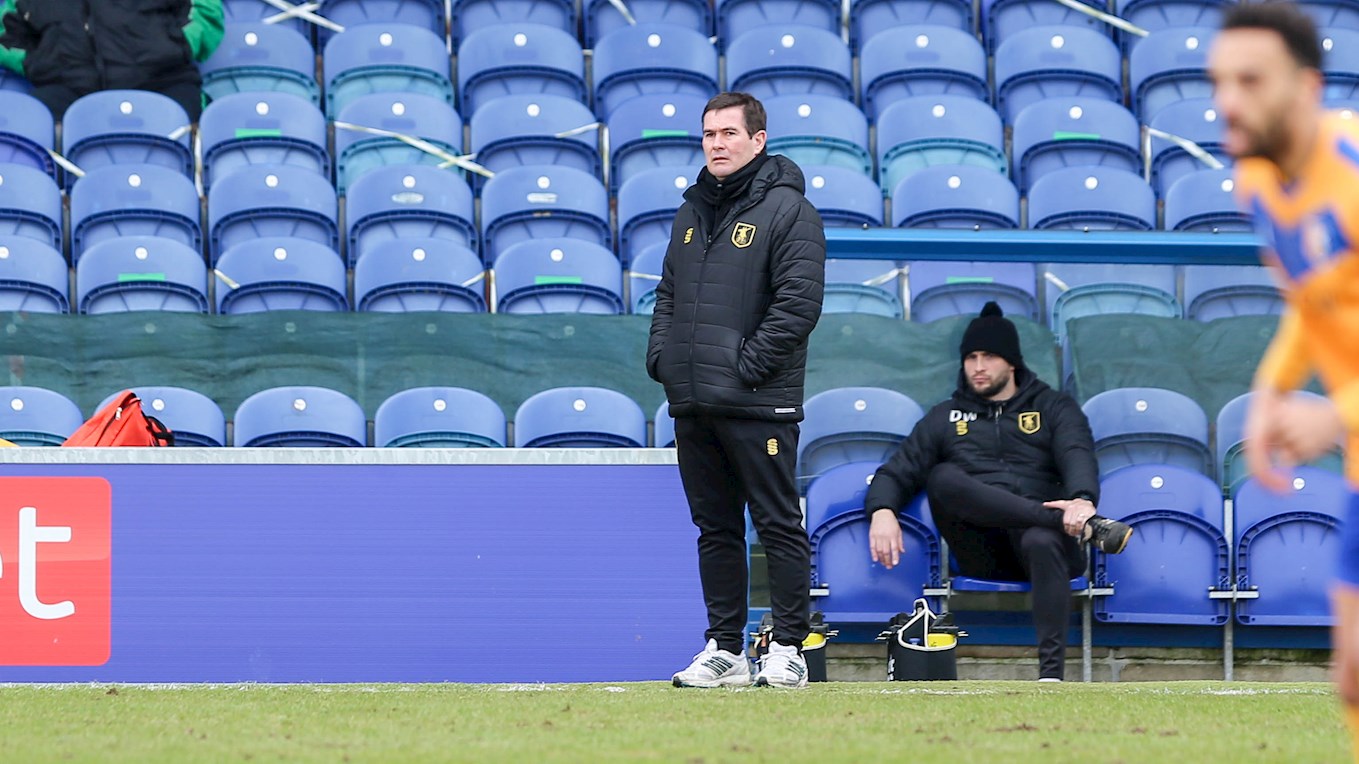 “We’ve seen a bit of Tyrese before, but it was the first chance we had to get Jason Law on. He’s impressed us in training and he’s improved week-by-week, training with the first team.

“We’ve seen that improvement week-by-week, and he’ll get some game time between now and the end of the season.

“If Kellan [Gordon] plays right-back, the goalkeeper and two centre-halves are all under 24. There is a lot of room and scope for improvement within it [young squad].

“They [young players making debuts this season] will notice a difference next season when they play in front of crowds. It’s one of those things that, as a young player, you have to adjust to.

“But the biggest thing is getting them adjusted to playing first team football. And we think he [Law] is one, in the next few years, that we think could do that.” 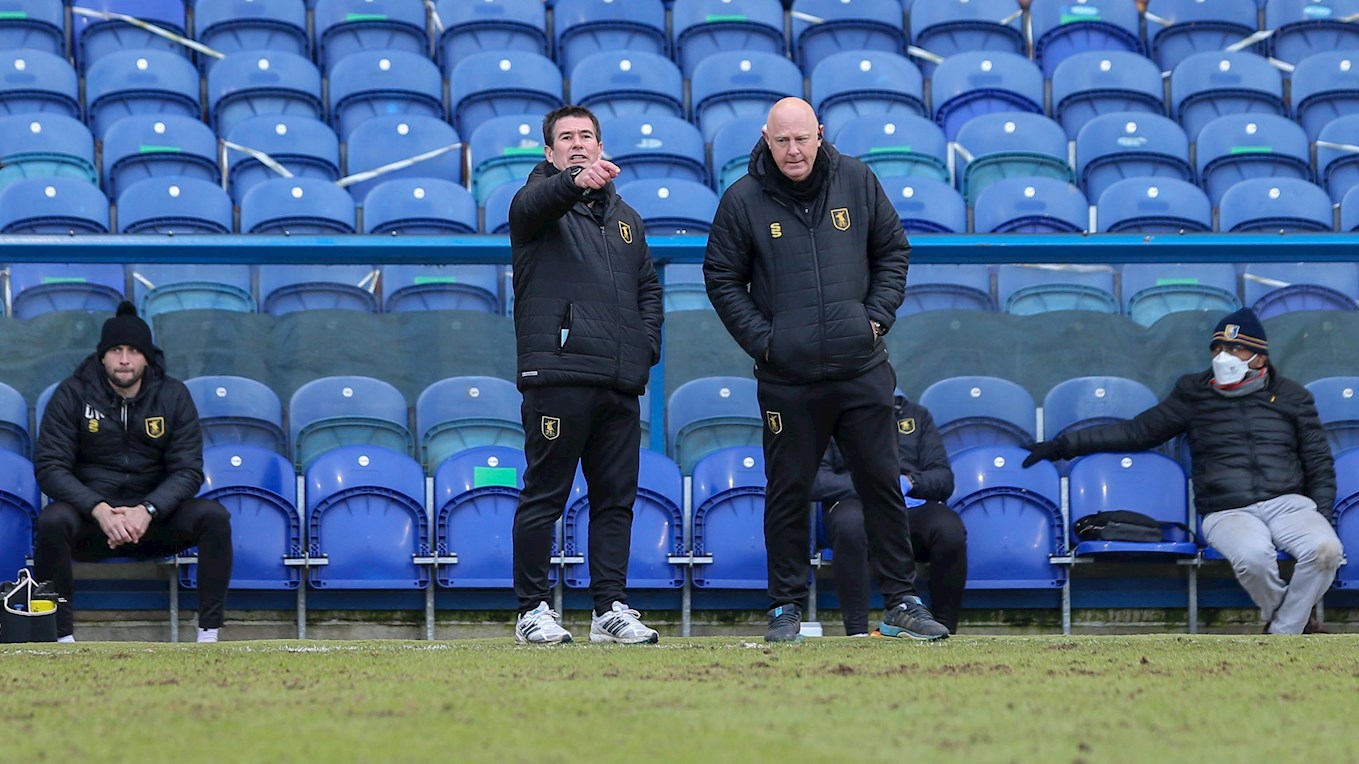 There was also an injury update from Nigel Clough ahead of Tuesday’s trip to Harrogate.

“But if we don’t get him in for Tuesday then we’ll certainly hope for Saturday.

“We’ve had one or two knocks from a tough week. Stephen Quinn has got a couple of knocks and James Perch has.

“We’ll just have a count-up [on Monday morning] and get a decent 11 out there to have a go at Harrogate.”