Mansfield Town boss Nigel Clough described this evening’s 1-1 draw away at Walsall as ‘a very good point’ in ‘difficult’ conditions.

Captain Ollie Clarke climbed off the bench to equalise for the Stags after Max Melbourne’s opener, extending the unbeaten run to seven matches in Sky Bet League Two.

The boss spoke at length of the ‘tough’ conditions that sub-zero temperatures caused at Banks’s Stadium, whilst also revealing an agreement between the teams’ two managers that no added time should be played at the end of proceedings.

“I think it’s a very good point in the conditions tonight. It was very difficult for both teams to play and chances were at a premium,” he told iFollow Stags.

“It was more about not making mistakes. We conceded a ‘sloppy-ish’ goal from a free-kick, but I thought the quality of our equaliser was the standout bit of play throughout the match.

“The players were just saying how difficult it was and that was why the two managers decided on no added time, as it was getting more dangerous by the minute. 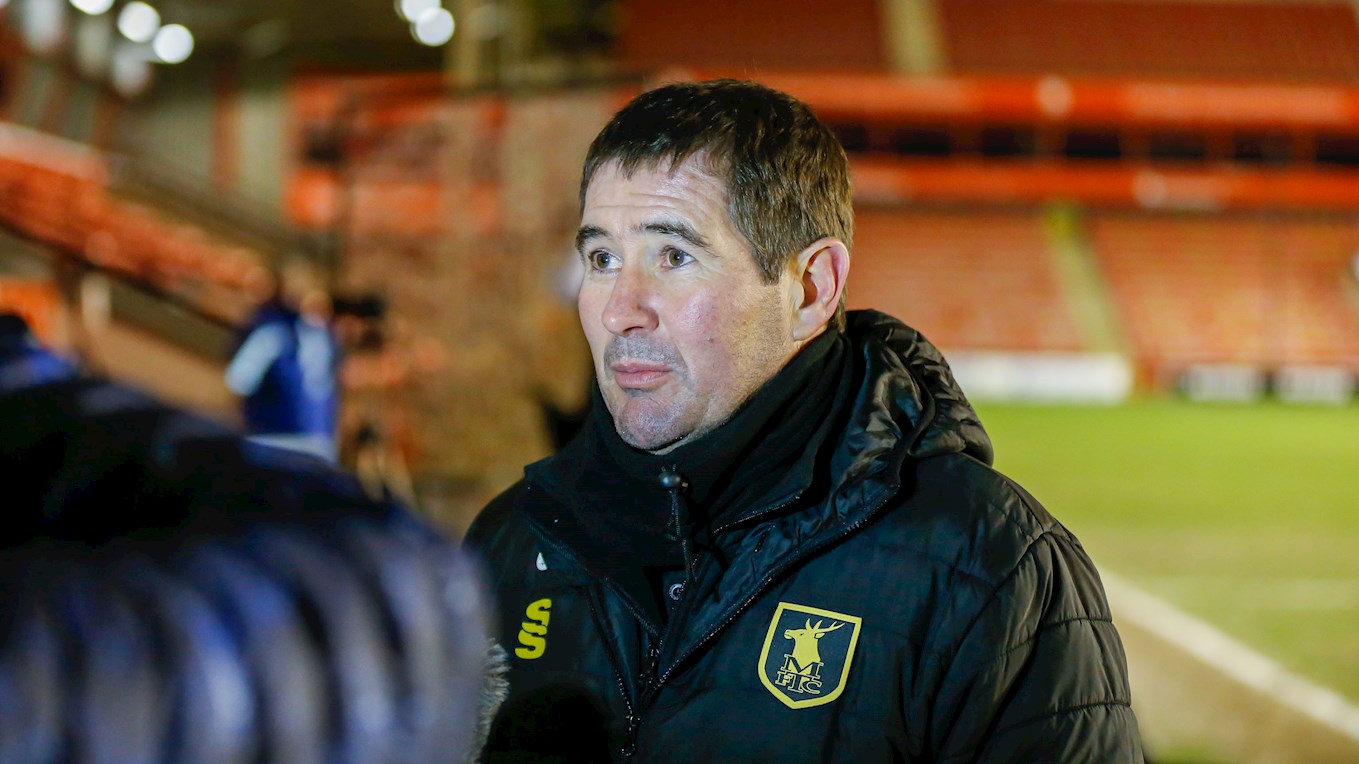 “The referee [Alan Young] was very sensible all night and the two teams were very honest and genuine. You can get problems in these conditions but those two things prevented that.

“I thought both teams found it pretty tough but both teams still tried to play. It was just very difficult to create chances [in the conditions].

“It [our goal] was the bit of quality of the evening. Jordan Bowery plays a one-two and when you think he’s going to shoot, he does things which players at a higher level do, and that’s square it to Ollie Clarke.

“He [Clarke] continued his run, wrapped his foot around it and finished it. I thought over the course of the game, we deserved it [equaliser].”

The manager praised his side’s effort in their first outing in 17 days, adding: “I thought the last bit of the first-half we played very well. It took us a little while to get going, which was inevitable after the break we’ve had. 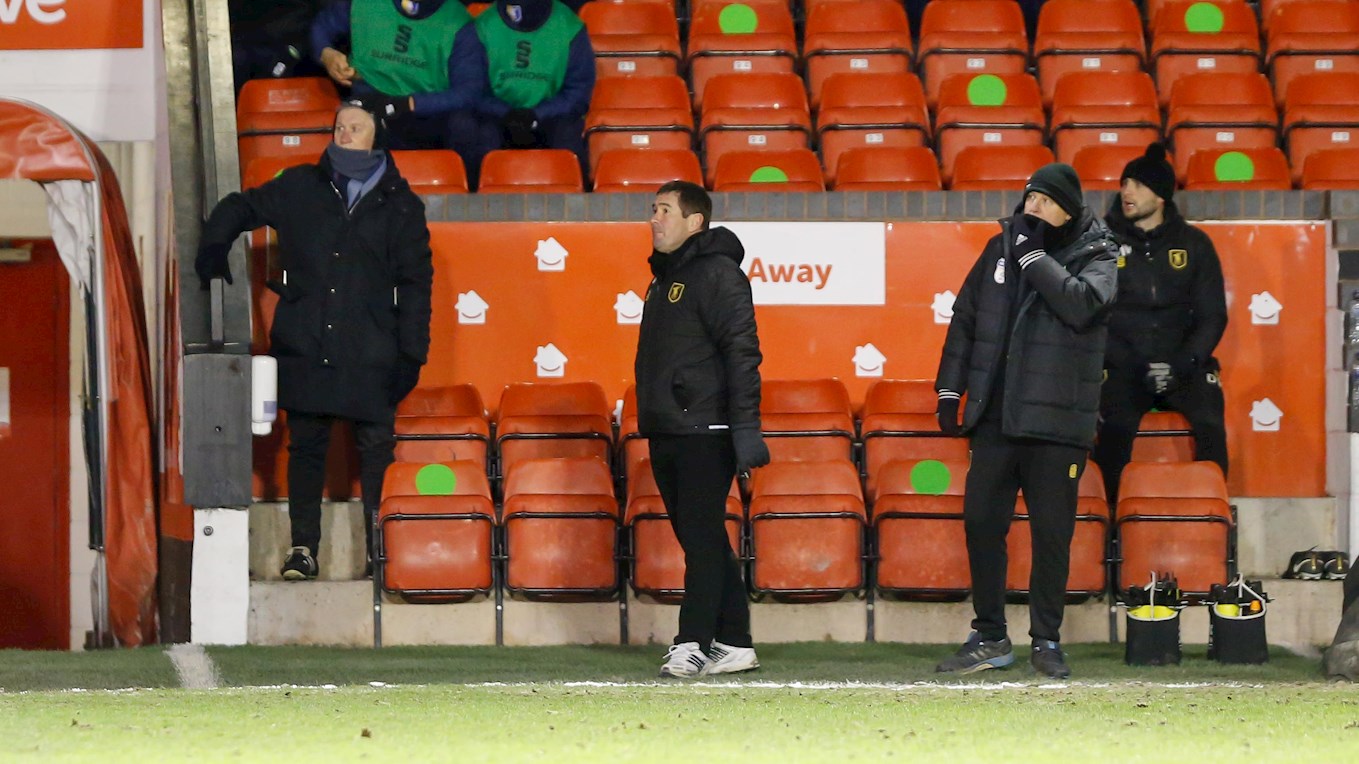 “Then I thought the start of the second-half we came out and played very well considering the conditions.

“I thought that was our chance to get a goal. Then we get a great chance from Stoney’s [Aidan Stone’s] long kick, but we couldn’t quite take it.

“Yes, we wanted to win six on the spin, but considering the conditions, we were very pleased with the effort again.”

Nigel Clough also confirmed that midfielder George Lapslie is expected to be sidelined for approximately four weeks with a hamstring injury, after the 23-year-old was substituted in the first-half.

“It is [a hamstring injury] unfortunately. He felt it last week and we gave him a couple of days rest. He didn’t train over the weekend because the game was off. 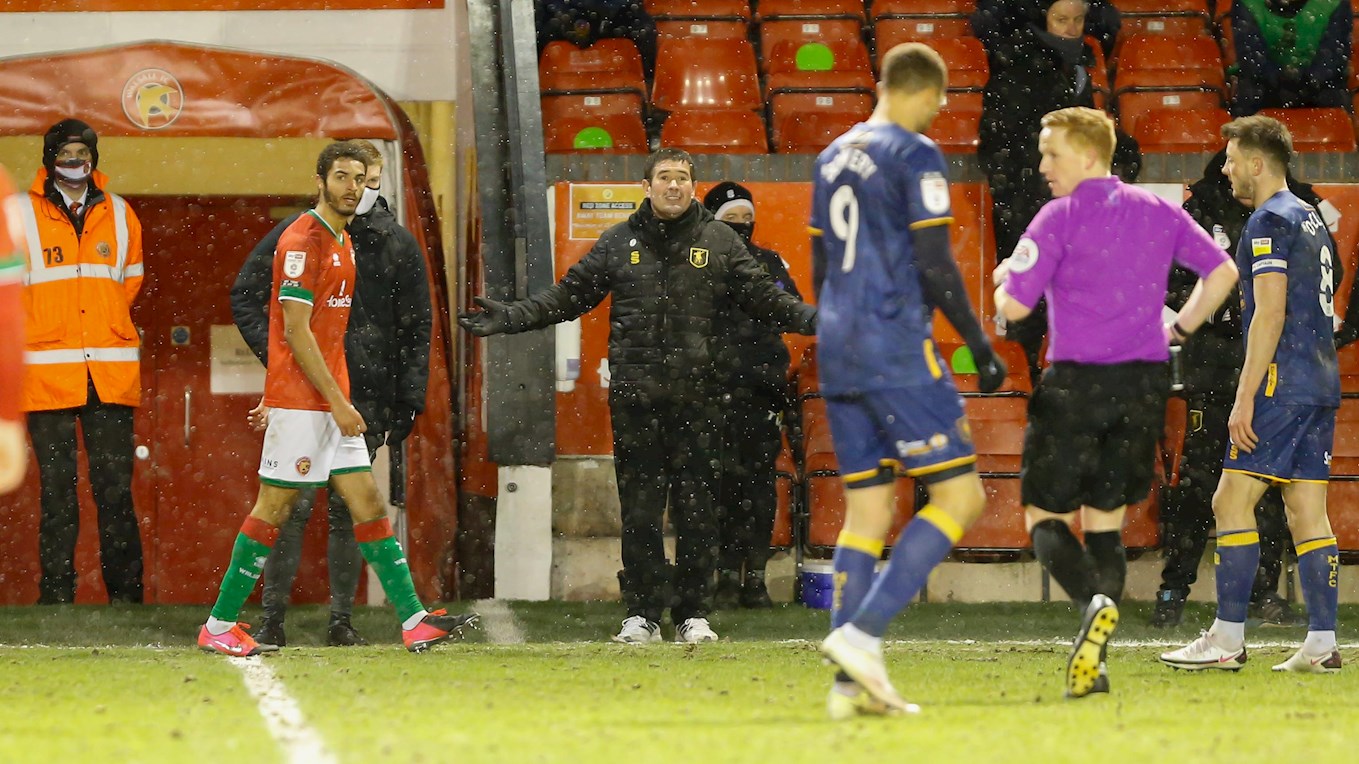 “Then he trained okay yesterday and said he felt absolutely fine. But Gary Crosby [assistant manager] has been hammering on about it to me saying ‘don’t risk him.’

“But he’s been playing well and he gets us goals. He [Gary Crosby] is right, I’m wrong, and he’s probably missing four weeks.”