Nigel Clough says today’s hard-earned 1-0 victory over Morecambe feels like ‘the best three points of the season’ so far.

Jordan Bowery’s first-half goal was well-protected in the second period to ensure the Stags would return to winning ways at a sunny One Call Stadium.

The boss, speaking to iFollow Stags post-match, was left delighted by his side’s clean sheet and win.

“I probably think it’s the best three points of the season. The clean sheet, the standard of the opposition and the way we had to achieve it,” said Nigel Clough.

“We started the game brilliantly and Reidy [Jamie Reid] could’ve scored with a rebound.

“Second-half I thought we scrapped and battled and defended as if our lives depended on it. There were no mistakes and we made Morecambe work for every scrap of a chance they had today.

“We’re delighted with the clean sheet and the three points. We played like a different team [compared to Tuesday night]. 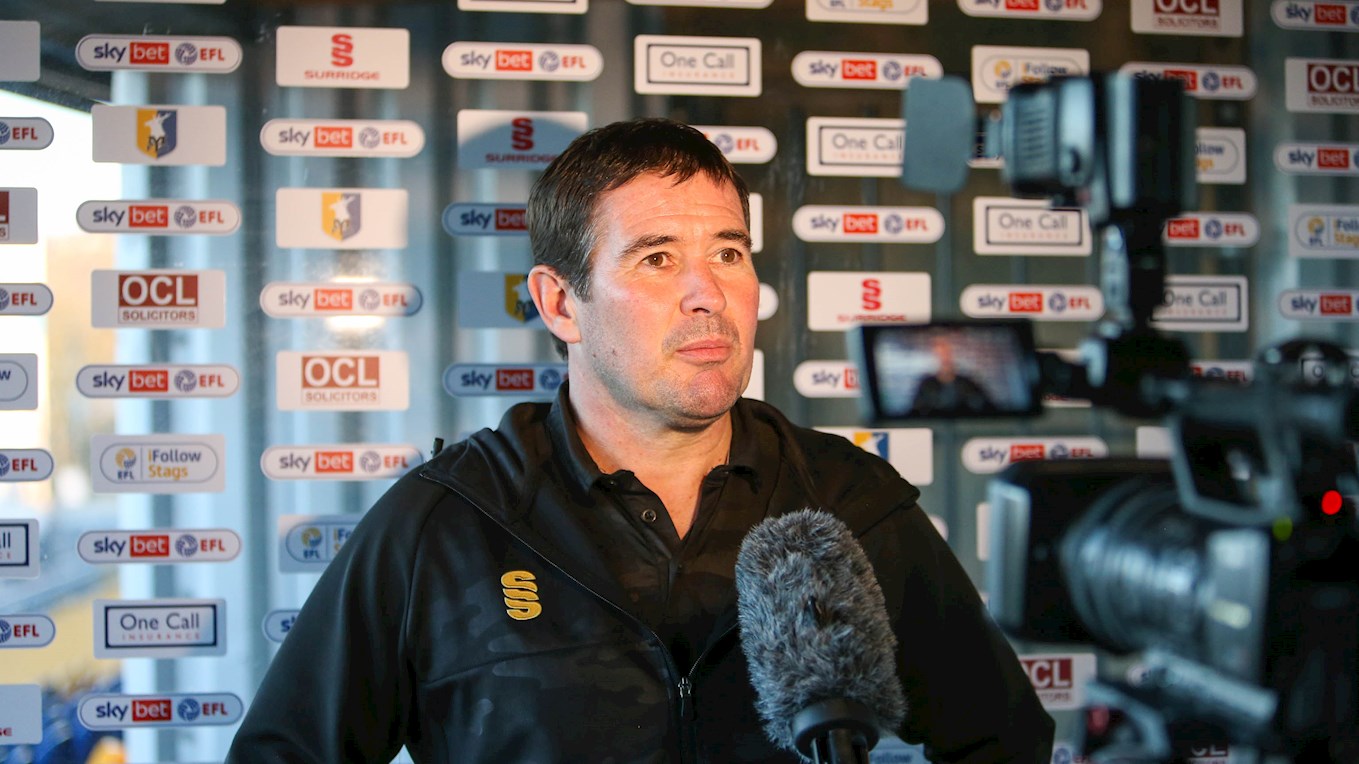 “I hope that their pride has been hurt – because it’s hurt our pride as staff – that we’ve conceded too many goals in the last week or so.

“To concede six here in the last two home games isn’t too clever. So we needed a clean sheet more than anything today.

“We’re delighted with the back-four. I thought Mal Benning did well coming back into the team.

“Ollie Clarke, George Maris and Stephen Quinn battled well in midfield. Everybody did their jobs and that was the reason for no subs, where do you put somebody on?

“Yes, they’re all a little bit tired, but you don’t want to disrupt anything.”

The manager says this afternoon’s victory will provide a ‘big boost’ to the confidence of the Mansfield squad.

“We dealt with everything brilliantly today. There are going to be League Two games like that, and we’re learning how to better deal with them.

“When you haven’t won for five, and have lost the last three, so to get the three points is a big boost for everybody. 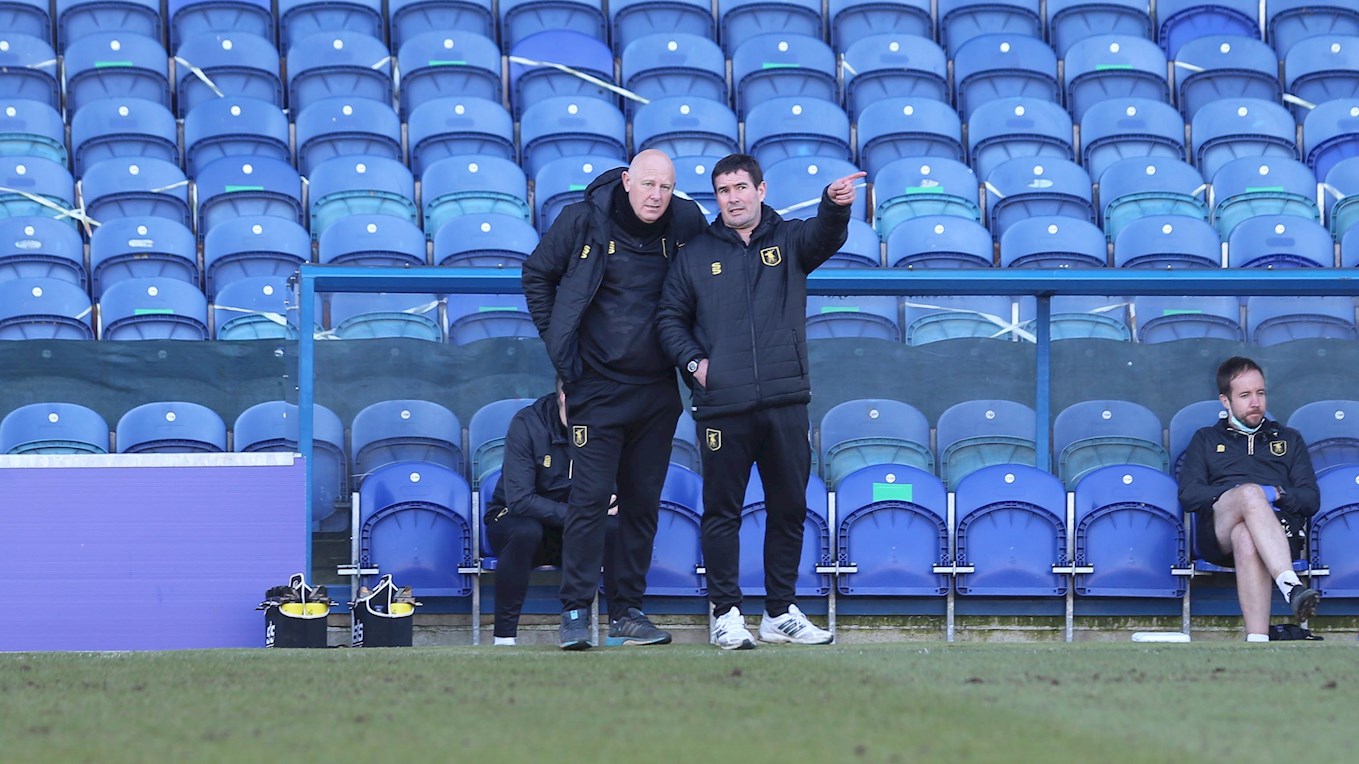 “That’s six out of the last 11 we’ve won now, with two draws. Over the course of the last two months, it’s been a very good run.

“When you wake up on a Sunday and get that nice feeling after three points and a clean sheet, I think supporters get that same feeling as well.”

There was also a word on forward Oli Sarkic, who was absent from today’s squad.

“He [Sarkic] felt his thigh during the warm-up at Harrogate on Tuesday and he couldn’t have come on during that game.

“It’s just a slight niggle again, so we’re hoping that Tuesday, if not next Saturday, he’ll be available.”