Despite being frustrated by recent postponements, manager Nigel Clough insists that the club’s groundstaff are working ‘night and day’ to try and ensure upcoming matches go ahead at One Call Stadium.

The Stags last featured away at Southend United on Saturday 23 January, and have since seen both home and away matches be postponed.

Nigel Clough says that the club’s groundstaff have been ‘unlucky’ with recent inclement weather in Nottinghamshire.

“We haven’t had a game in about four weeks now but there’s nothing we can do about it,” the boss told iFollow Stags. “We’ve just been unlucky in the way the weather has been.

“About two weeks ago it was the frost, then we can’t do anything about the Walsall game as that’s out of our hands, then we get to the rearranged game against Bolton and had a deluge of rain.

“Then on Saturday it came down again overnight on and already soaking pitch, and there’s nothing anyone can do about that. 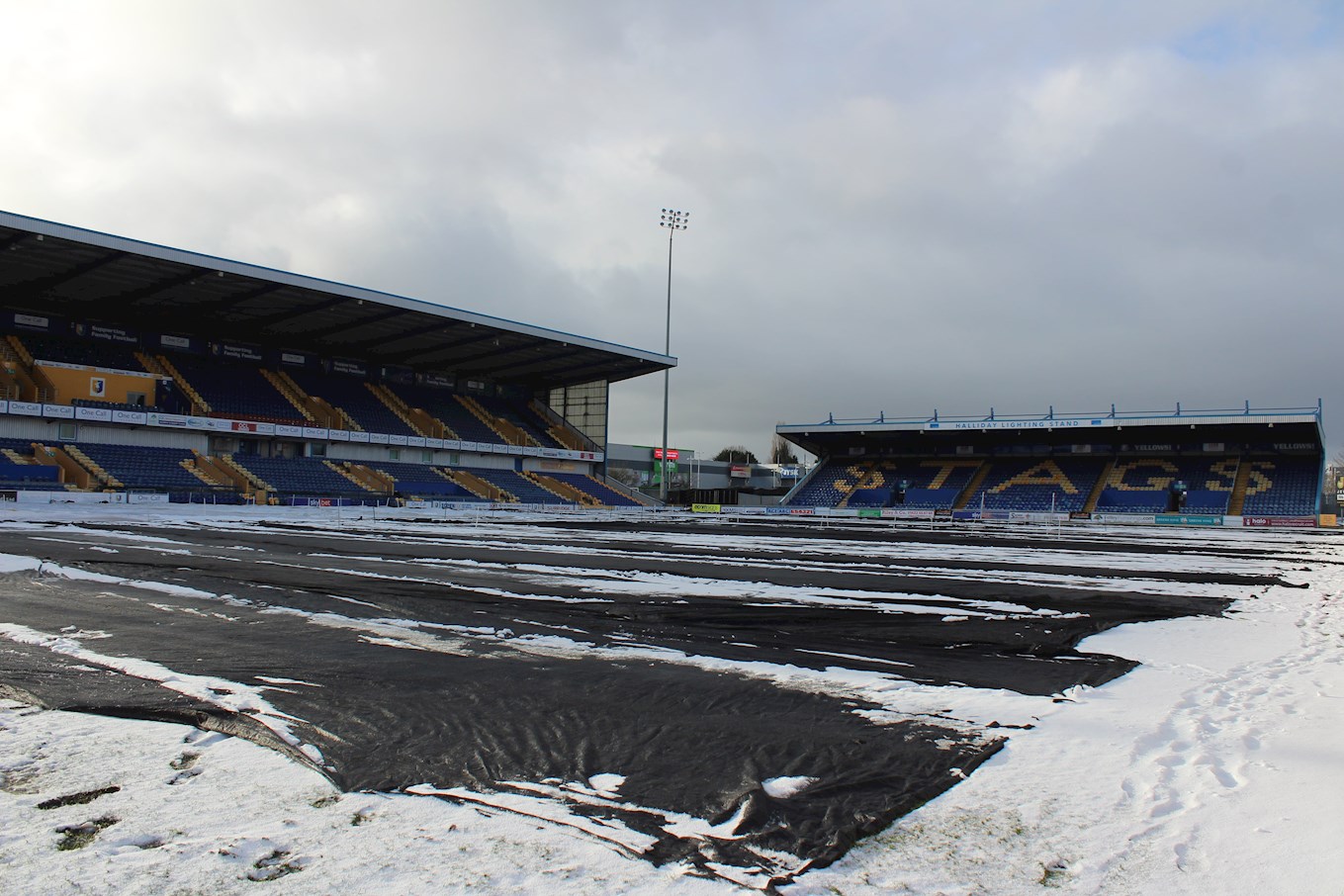 “It’s not just us that’s been affected by it, the rain has just been too intense. When the season shut down in March, and nobody could say how long for, you’re faced with a huge dilemma.

“You can’t undertake renovations on the pitch that could take 10 or 12 weeks as you can’t then play on it. That’s why a lot of the pitches are suffering now. Even the pitches at the highest level are showing wear and tear.

“We just have to wait for a break [in the weather]. We’ve got snow now! There’s only so much you can do. We had ten people working on the pitch from 8:30am last Tuesday.

“Everyone here has a lot of sympathy for the groundstaff as they are doing everything they can.” 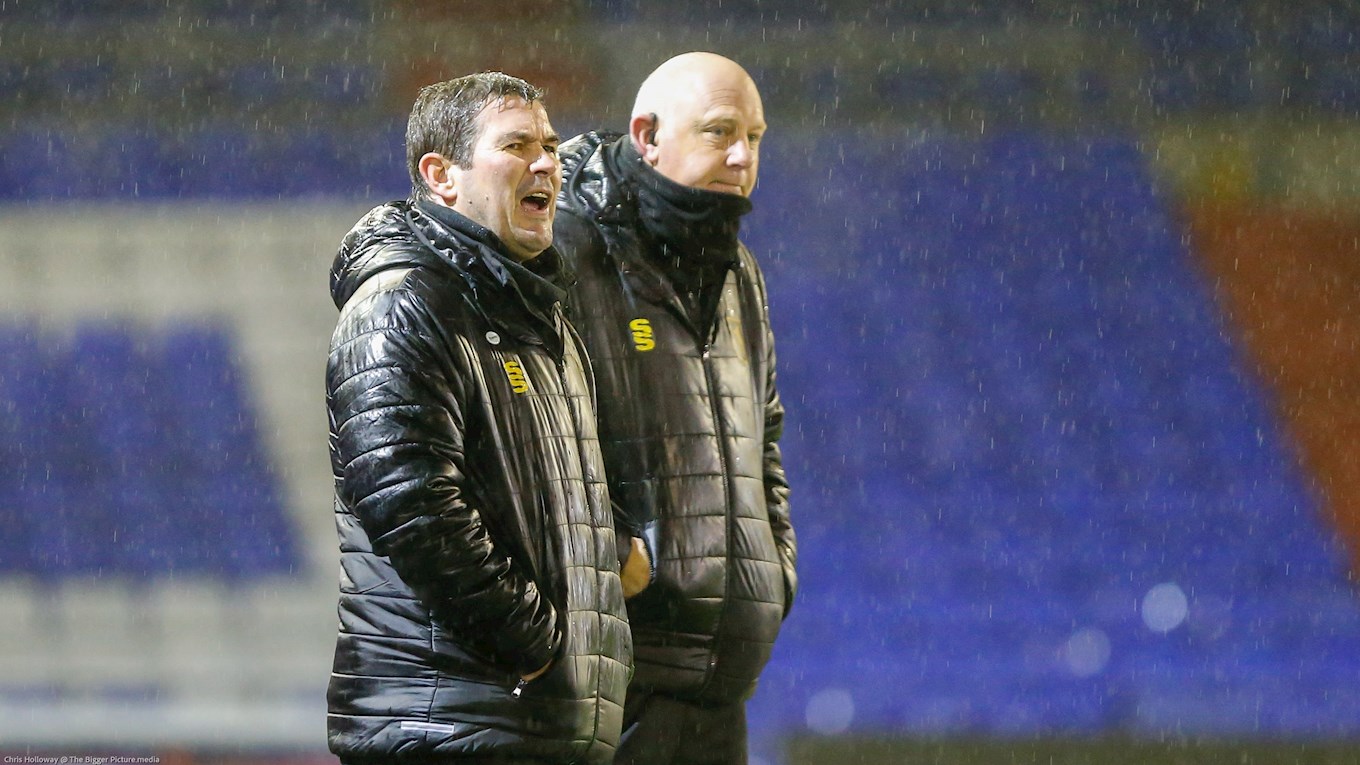 The manager says that the Stags ‘can’t wait’ to play again, and hopes that the recent prolonged break does more good than harm.

“We’re a couple of games down now [in relation to other teams], but one of the nice things is that we haven’t moved far in terms of our league position,” added the boss.

“I just hope that this break will benefit us rather than harm us. I hope the players are relaxed and rested as much as they can be, and that they don’t pick up knocks when we get back into it.

“We just can’t wait to play again. We have enough to rotate things a little bit if we need to [over the coming weeks].

“I know they [Walsall] will be doing everything they can to get it [tomorrow’s match] on. They had their game postponed on Saturday too, so they’ll want the game on.”

On Friday it was revealed that defender Kellan Gordon and midfielder Harry Charsley have both penned new deals with the club.

The manager discussed the pair’s new contracts, adding: “We’re delighted to secure their services. They are two of our young players who have committed their immediate futures to the club, which is always good news for everyone here.

“Kellan has come into the team and has pretty much been ever-present since then. He’s done very well and has established himself as our first choice right-back. 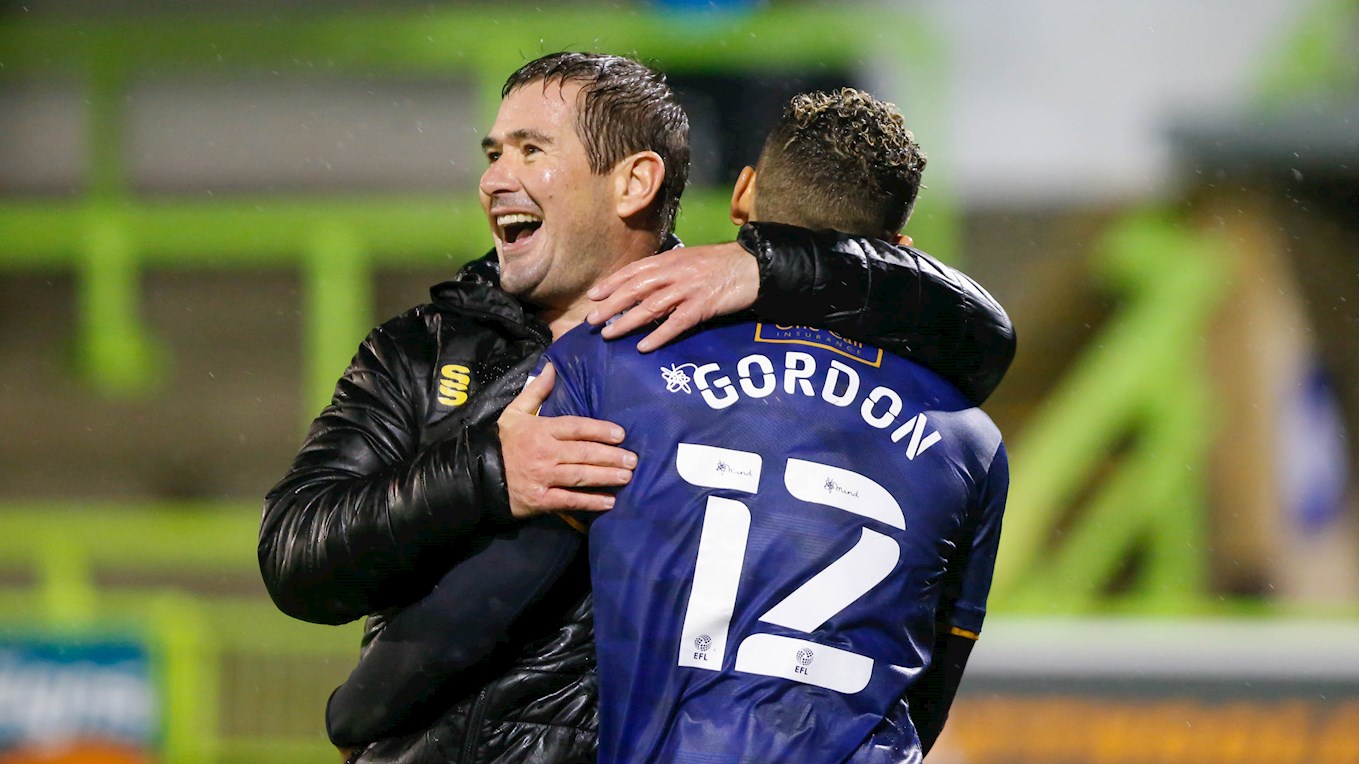 “Harry has adapted to his new position on the right-hand side and has grabbed himself a couple of goals.

“His work-rate has been very impressive indeed and they have both made a good partnership out on that right-hand side.”