With two successive home games on the horizon, Mansfield Town boss Nigel Clough has challenged his side to build on the two away points picked up over the last week, starting with Wednesday’s clash with Bolton Wanderers.

The Stags welcome the Trotters to One Call Stadium for a 5pm kick-off on Wednesday, a match that has been postponed on two occasions due to inclement weather.

Ahead of the clash, Nigel Clough says Mansfield are ‘not far’ from returning to the level that saw them secure five successive victories in Sky Bet League Two, which preceded the recent draws away at Walsall and Colchester.

“We’d have certainly played the night after if Bolton had agreed. But hopefully we’ll get the game on tomorrow night.

“It [Bolton upturn in form] won’t change our approach. They will be a different proposition to what they probably would’ve been a few weeks ago. 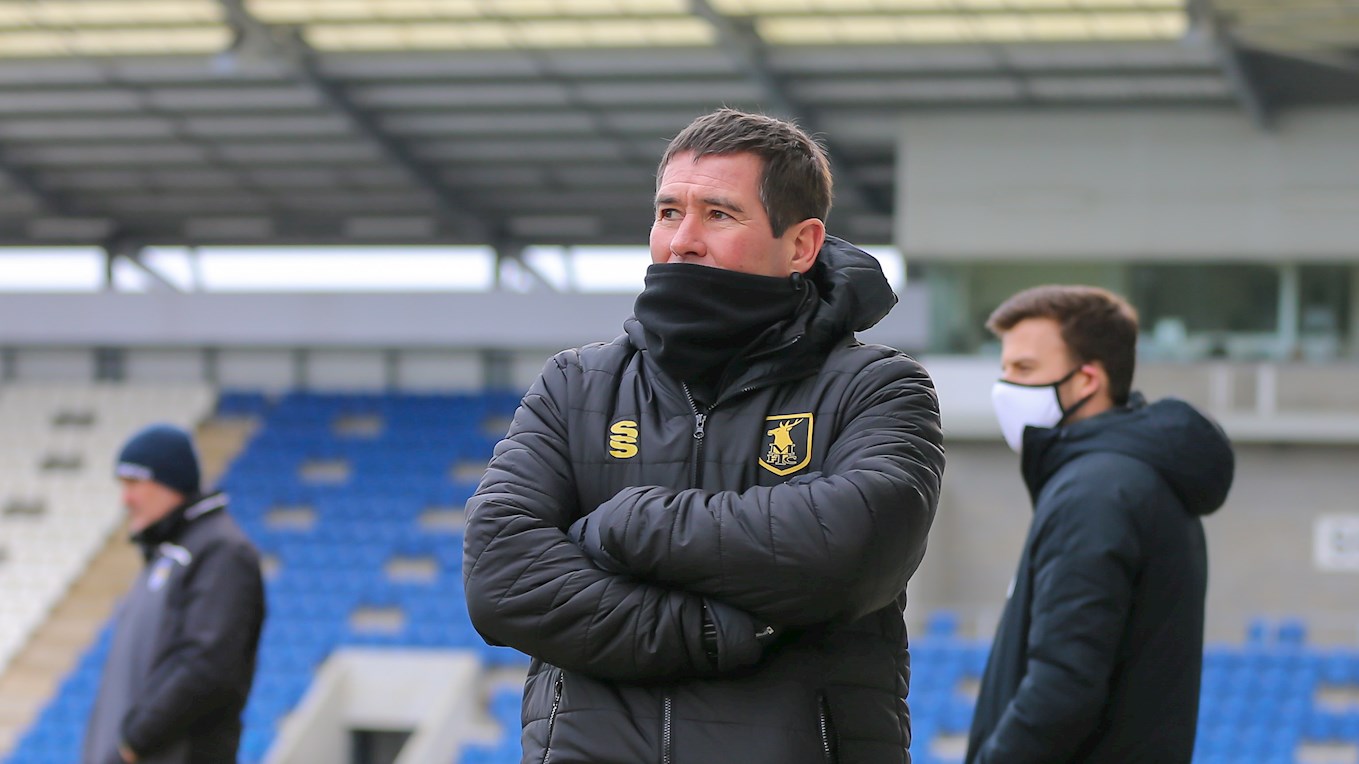 “That’s why we were probably desperate to play [the original fixture] as we were in such a good run of form. We wanted to play every few days before the interruption.

“We have to try and get that back on track and we’re not far from it at the moment, but Bolton will certainly be a bit more confident than they were a few weeks ago.

“We have [picked up] two good points on the road [in the last two games] and now we need something from these next home two games, starting with Bolton.”

The boss offered his final reflections on Sunday’s 2-2 draw with Colchester, and despite being ultimately disappointed with the result, says there were ‘good things’ on show from his charges.

“It was a good point in some ways [against Colchester], but when you’re ahead twice and concede to a deflection [it is disappointing]. 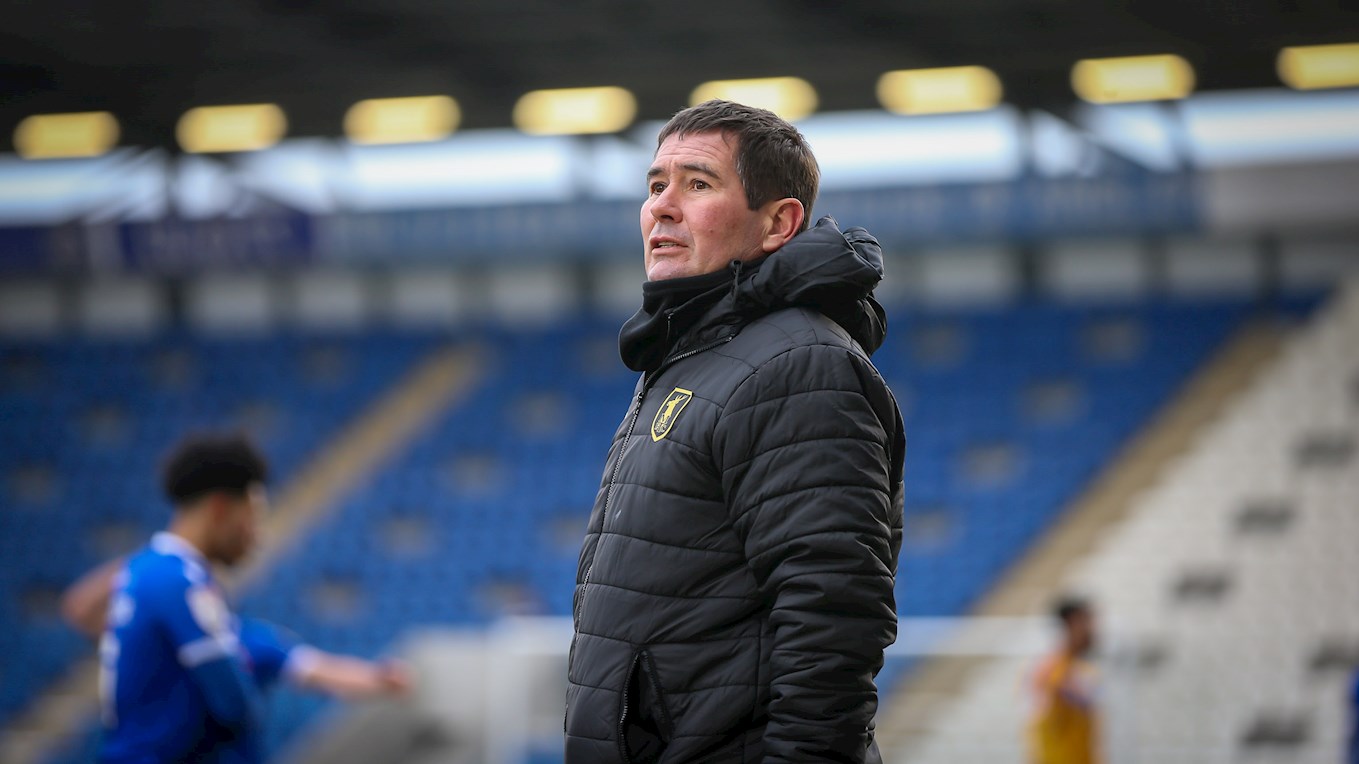 “I thought we were okay because we scored just after 80 minutes and kept them quiet during that five-to-ten-minute period [after the goal].

“Then they break down the left-hand side, get the deflection and they had a couple of opportunities after that.

“We showed some good things in the game and showed glimpses and patches of getting back to where we were.

“It’s coming back slowly, and the quality of goals that we’re scoring is very pleasing. [On Sunday] it was a goal that you see in training and you want to see that taken into matches.”

“We do believe that the players do get into a groove or routine playing Saturday, Tuesday, Saturday, Tuesday. When you stop, no matter how much you do in training, unfortunately you pick up a couple of knocks. 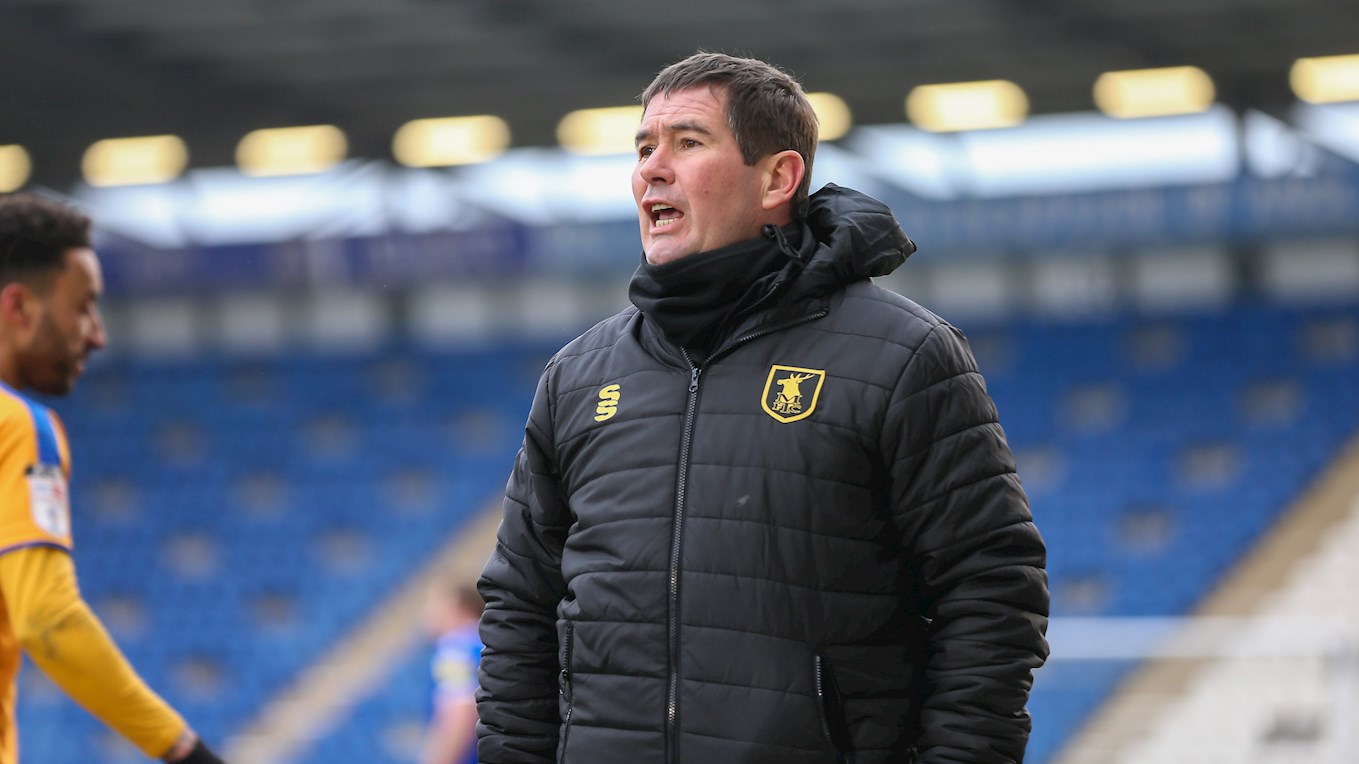 “It is inevitable that you do get injuries but I think the squad is well equipped to deal with it.

“Nothing has changed with George Lapslie – I think it’ll be three or four weeks. It depends on how he heals.