Strikes from captain Ollie Clarke and frontman Jamie Reid had the Stags in control, but three late, quickfire goals from the visitors saw the points head back to the University of Bolton Stadium.

The boss says that, despite the disappointing result, there were good performances on show from his players.

“We can’t legislate for them, with ten or 15 minutes to go, putting a cross in that’s flown in the top corner,” the manager told iFollow Stags.

“Then all of a sudden, their tails are up and they have a lifeline that they didn’t deserve.

“You can’t control those things – all we can do is control our performance. And there were a lot of things that were very, very good tonight.

“Having got to 2-2, then [it’s important] we don’t lose the game – that’s the most important thing. We were so close to winning it with Jamie Reid, then all of a sudden they break up the other end, it’s a good ball and the lad puts one in from 20 yards out.

“That’s the only disappointing thing, to lose the game from that position. We shouldn’t have lost tonight. 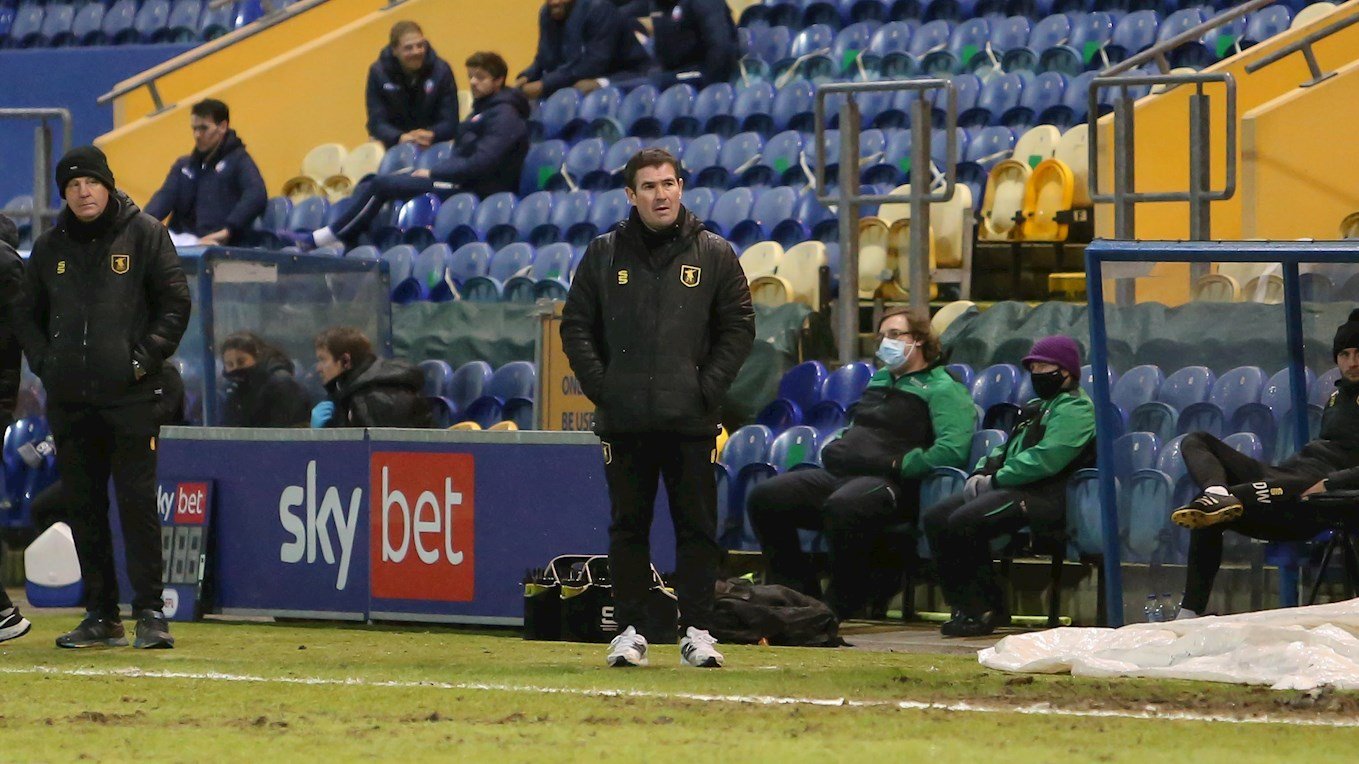 “I thought we got back into the groove tonight after the break, and that’s the ironic thing, as we’ve had two good points on the road and it’s probably the best we’ve played tonight [since the break due to postponements] , but we end up losing the game.

“We had a nice rhythm in our play out there tonight and there were a lot of good performances out there.

“We look at the performance and the result, and they are two different things for us.”

The boss also spoke of Stags’ two strikes this evening, which included a well-worked team goal, finished off by Reid.

“Two different goals,” he added. “Although it might look a touch fortunate with the first one [Clarke’s], he’s hit it with such ferocity that if it goes a yard either side of the goalkeeper he’s got no chance anyway. 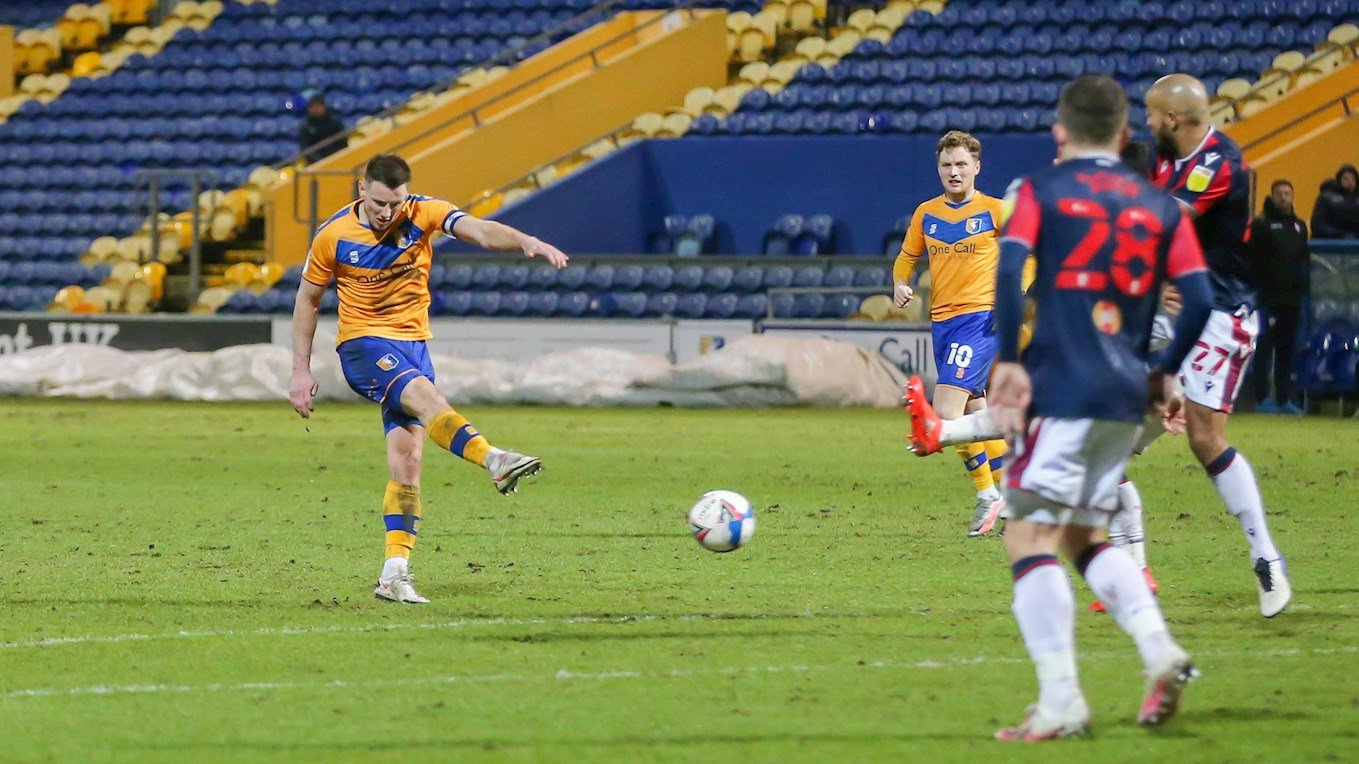 “The second goal was a lovely move and it was quite similar to a few of the moves that we had tonight.

“It ended with a lovely finish from Jamie Reid and it should have been enough to win us the game.”

Cambridge are the visitors to One Call Stadium on Saturday, and the boss outlined the squad’s schedule ahead of the weekend’s fixture.

“It’s an even bigger test [against Cambridge] as if you go into that game on a win, after two days of rest, it’s a different feeling.

“We have to get over that quickly tonight and put a performance in on Saturday.

“The lads will have a rest tomorrow [Thursday]. We had a long trip on Sunday to Colchester.

“We’ll have a good rest, a bit of training on Friday and ready for Cambridge on Saturday.”

iFollow Stags subscribers can watch the manager’s post-match interview in full by logging into mansfieldtown.net/ifollow.