Forward Rhys Oates says he is ‘very happy’ to be part of a Mansfield team that looks to play in a ‘positive’ manner on a matchday.

The versatile attacker joined the Stags in the summer after leading Hartlepool United to promotion last term.

The 26-year-old has been impressed by the talent in Stags’ squad since joining the club.

“[I’m] very happy [to be a part of this team]. As a team, we always look to get forward from full-backs, midfield, defenders, all the way up to the forwards,” he told iFollow Stags.

“It’s all about being positive going forward and keeping the ball well in a positive manner, not just playing it around the back. 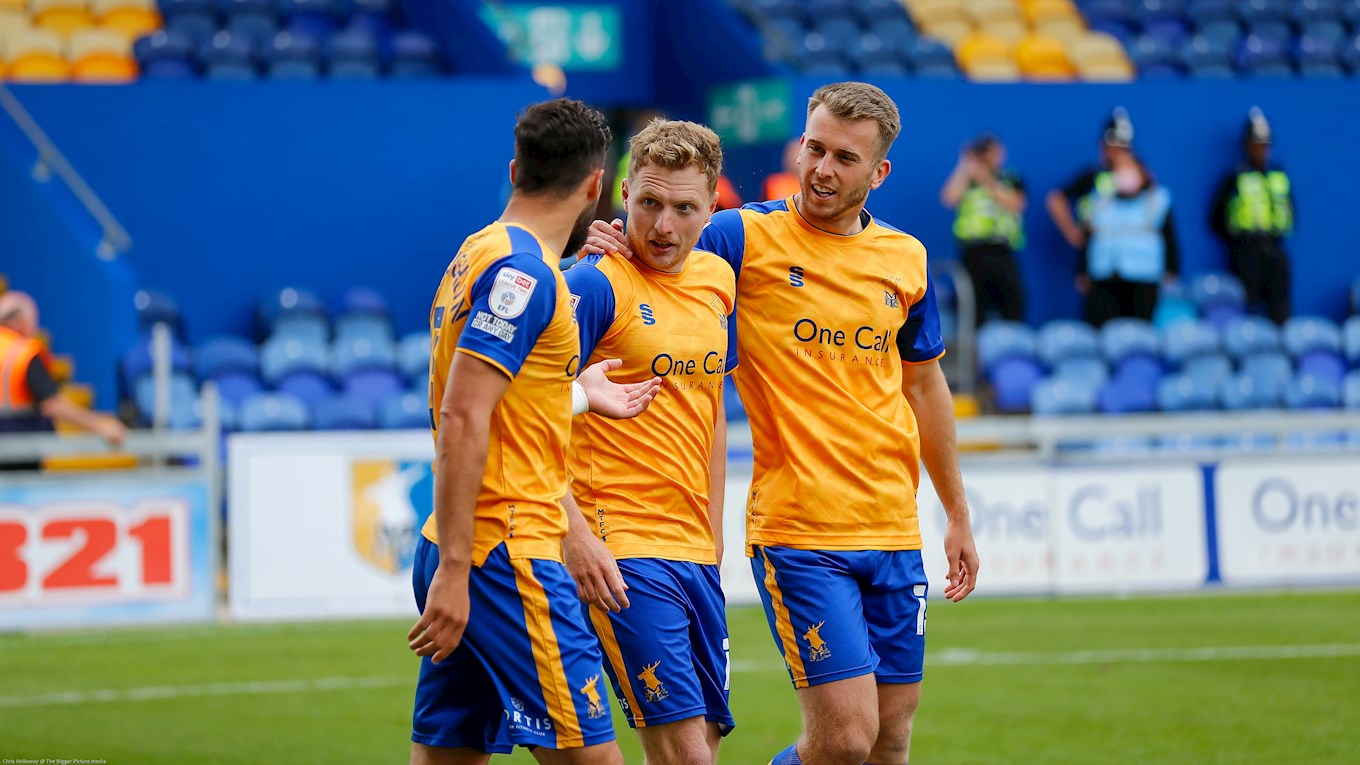 “[It’s a] very good [squad]. We have a good, strong squad all around the pitch. We’re solid. I think we can improve in all aspects, but I think you can always improve no matter how well you’re doing. But it’s looking positive for the season.”

Reflecting on the season so far, both on a personal and team basis, Oates discussed the start to the campaign, including the different positions he has operated in to date.

“Personally, I think I’ve done quite well,” he added. “There are still areas I need to improve on, but I think the more I play, the better I’ll get.

“As a team, we started well with the first couple of games in the league [wins over Bristol Rovers and Newport]. I think we played really well against Preston and were really unlucky against Colchester.

“On Saturday [against Bradford], in hindsight I think a point was maybe a fair result. We were unlucky to lose it. It was very hard [to take the loss], especially after coming back from 1-0 down to go 2-1 up.

“[This season] is the first time I’ve played just behind the striker, so I’m still working on that and where to be to get onto the ball. 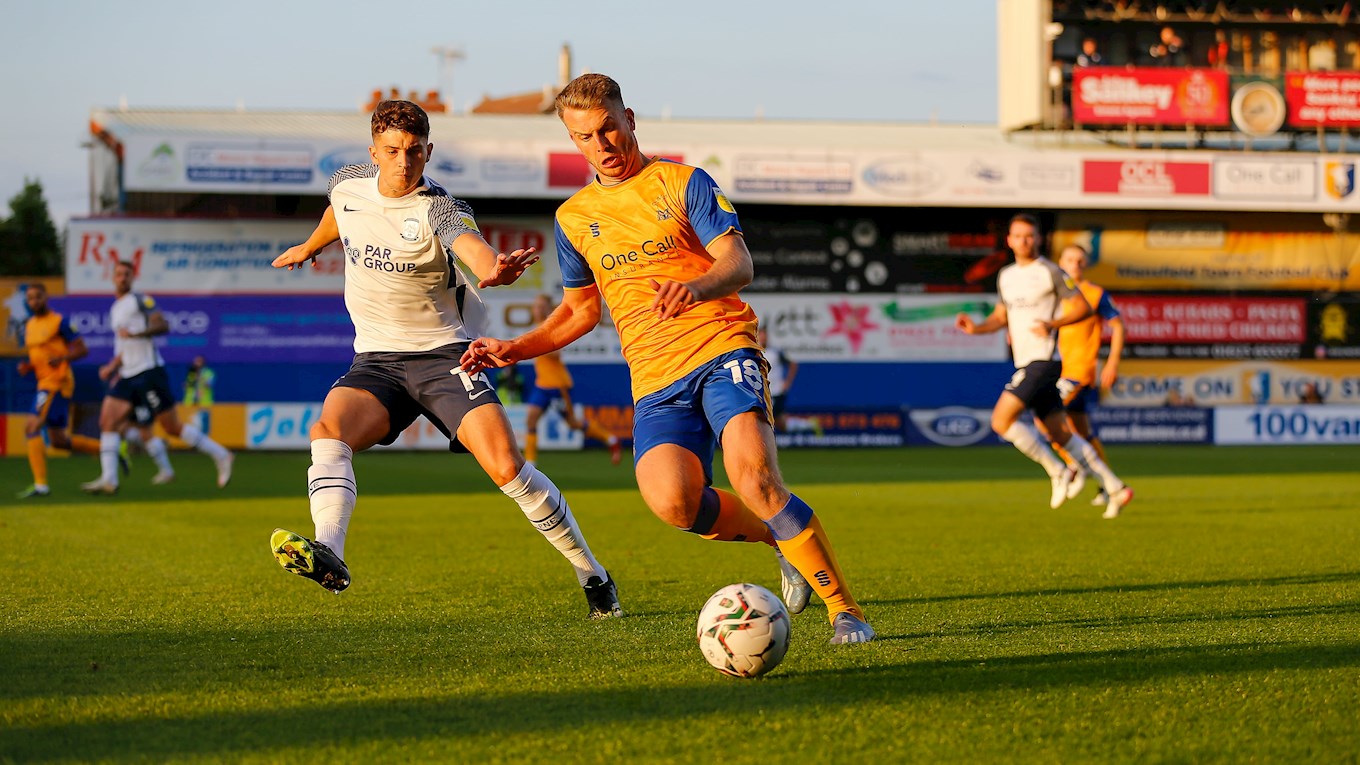 “I don’t mind playing in any of the positions. The gaffer [Nigel Clough] has obviously put faith in me to start me in all five games and he has faith that I can play in numerous positions.

“When I play up front, my strengths are running in behind and causing defences problems that way. In the deeper role you still have to make those runs and cause problems for defenders, but you also need to find pockets of space.”

The former Morecambe man also looked ahead to Stags’ next fixture, away to Swindon Town in Sky Bet League Two. 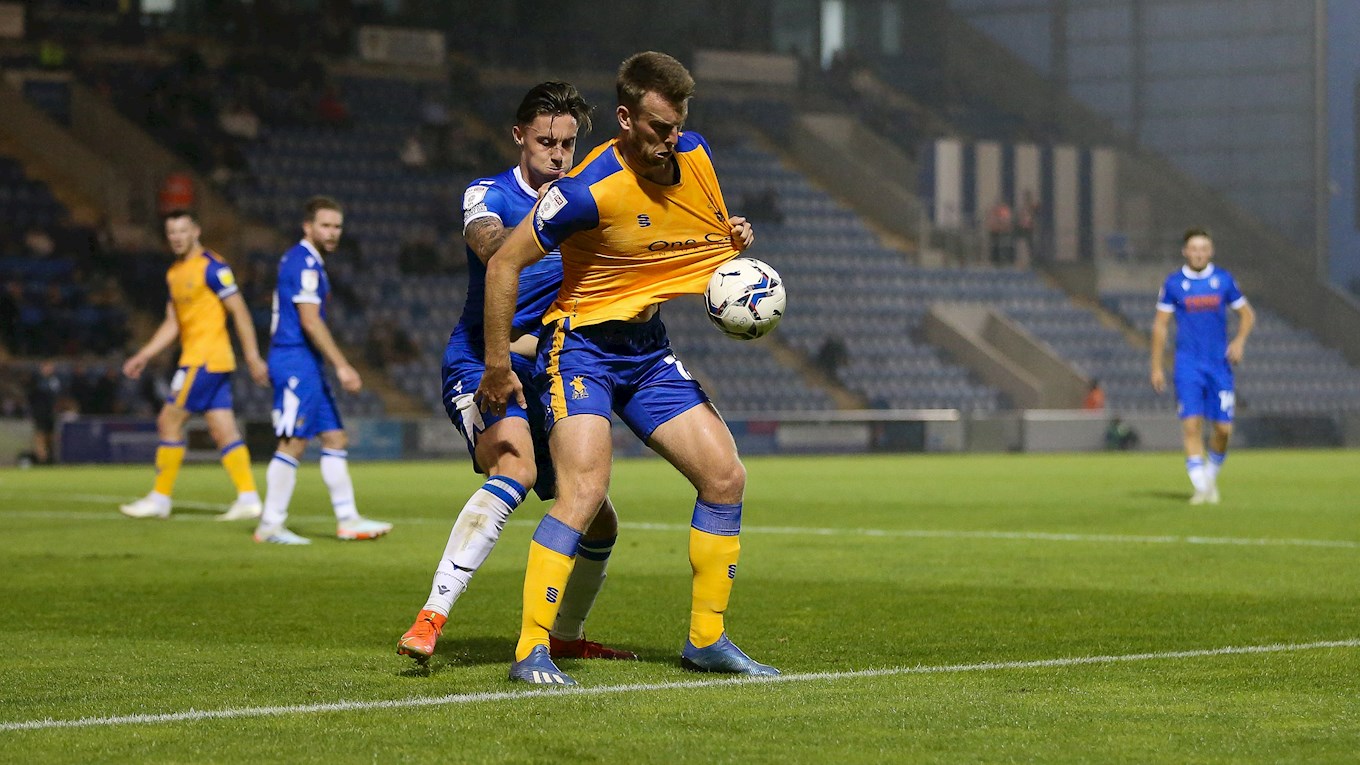 “I think it will be a good game [at Swindon]. It’ll be another tough game. I think in the first five league games we’ve had quite strong teams.

“I think it’s been a tough start and it’ll be another tough game at the weekend, but I’m confident that we can go there and get the win.

“If I play my own game and play well, I can cause problems. I don’t look too much into it [opposition], but I think you should look at how they’ve done and how you can affect their style of play.”

iFollow Stags subscribers can watch Rhys’ interview in full by logging into mansfieldtown.net/ifollow.

Tickets for this weekend’s match at Swindon Town can be purchased online via stagstickets.co.uk.