Ollie Clarke praised the Stags’ ‘dogged’ performance to overcome a physical battle and see out a slender victory over Newport County at One Call Stadium.

The Mansfield skipper netted his first goal of the season, latching onto a Danny Johnson lay off in the 43rd minute to rifle the ball past Joe Day in the Newport goal.

The 29-year-old hopes the Stags can build on the positives of their performance and continue their good start.

“They probably changed their style slightly from last season where they were more possession based but we knew they’re big and strong and were always going to try and get balls up to the front man.

“We dug in deep, we scrapped and fought for everything and at times I thought we weren't at our best.

“In the end it was a good outcome. We got what we wanted and probably what we deserved.

“The boys were digging in deep, fighting for each other and sticking their bodies on the line towards the end. It wasn't pretty but we got the job done and I think that bodes well for the season.

“We utilised Oli [Hawkins] well today, he won a lot of flick ons and that's where our goal came from, Maris had another chance where he got through one on one. 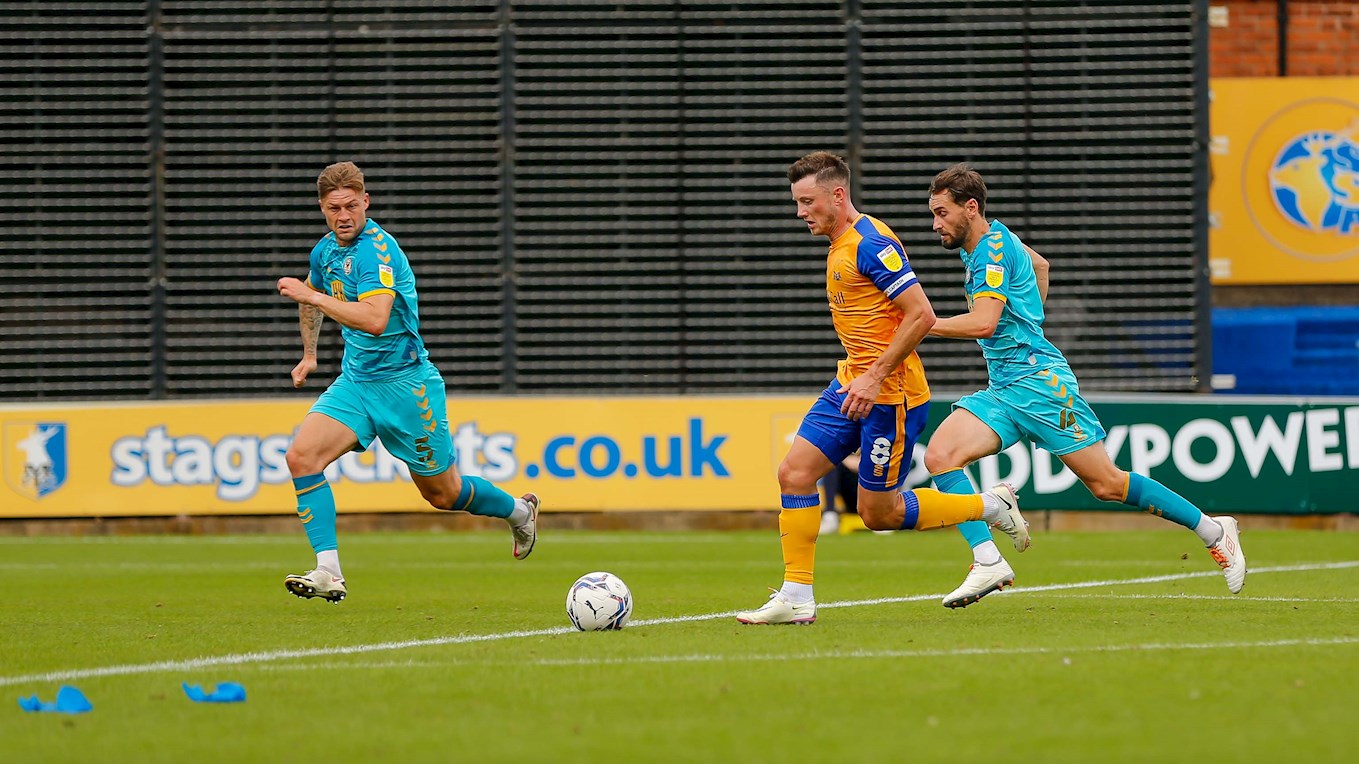 “It's one of those we'll look to build on in terms of progression over the season but today it was a dogged performance and one we were glad to see out."

The experienced midfielder put Stags ahead on the stroke of half time, a moment he was pleased to share with the fans.

"Once I got through I thought 'I'll leather this' with my left foot. To be honest I didn't see it go in but it was a nice feeling to hear the roar of the crowd.

“I was kind of off balance and it ended up with me in a pile inside the box, but it was nice feeling to score a first goal especially in front of the fans.

"I probably should have had a few more shots but it was nice to score one and when you're feeling confident you've got to try haven't you? 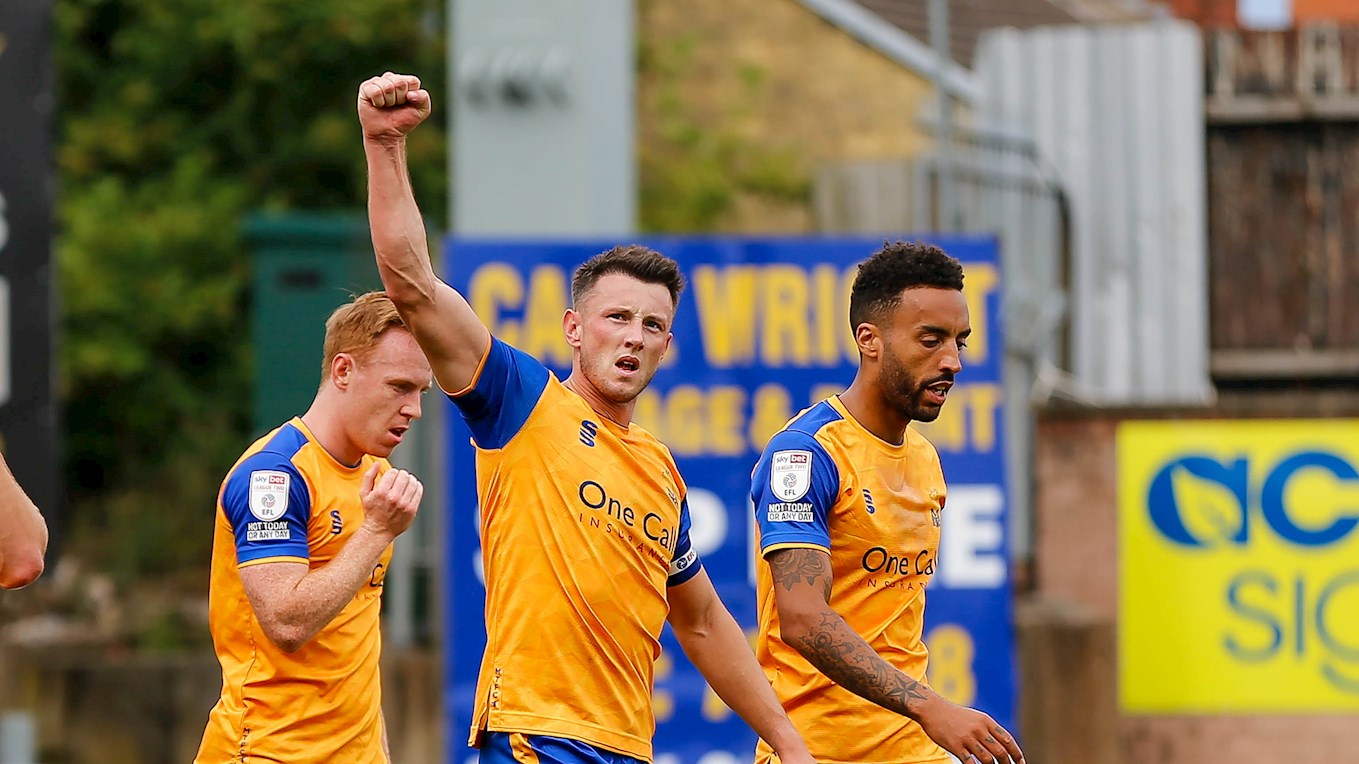 "It's something we're always practicing in training and to be honest I kicked a few of them over the stands yesterday, but that's what we do, we practice and when it pays off it's a great feeling.”

The captain’s focus is now on Mansfield’s games ahead.

"We've got to build on that now and keep moving forward.

“It'll be a tough game on Tuesday, a long trip down to Colchester so obviously the boys will be recovering and doing what they can to get ready for Tuesday, it's another one to look forward to.

"I think the style of play, we want to improve on that, at times we knock the ball around well but our final product at times was sloppy.

“It’s something that we'll be looking to build on and develop over the course of the season, but the first two games of the season are out of the way and we've got six points on the board, it's definitely something positive to build on."

iFollow Stags subscribers can watch the midfielder's interview in full by logging into mansfieldtown.net/ifollow.