Manager Nigel Clough has challenged his players to find a ‘balance’ between ‘being entertaining’ and ‘doing the other side of the game’ in this weekend’s match at Swindon Town.

The Stags will travel to the Energy Check County Ground on Saturday for their second away fixture of the Sky Bet League Two campaign.

Following a slender 3-2 home loss against Bradford City, the boss has emphasised the need for his side to ‘protect’ their goal with ‘desire.’

“I’m interested in Saturday at Swindon, [with] how we approach that and how we play. They have some very good players,” the manager told iFollow Stags.

“From the reports we’ve had [on Swindon], they’re as good a footballing side as there is in this division, along with Forest Green.

“They play a brand of football that is very difficult to deal with, as they’re good technically and have good players. First and foremost, we have to stop them playing.

“I hope there are good signs that they [Mansfield players] know the reasons why we lost [against Bradford] and want to put it right. 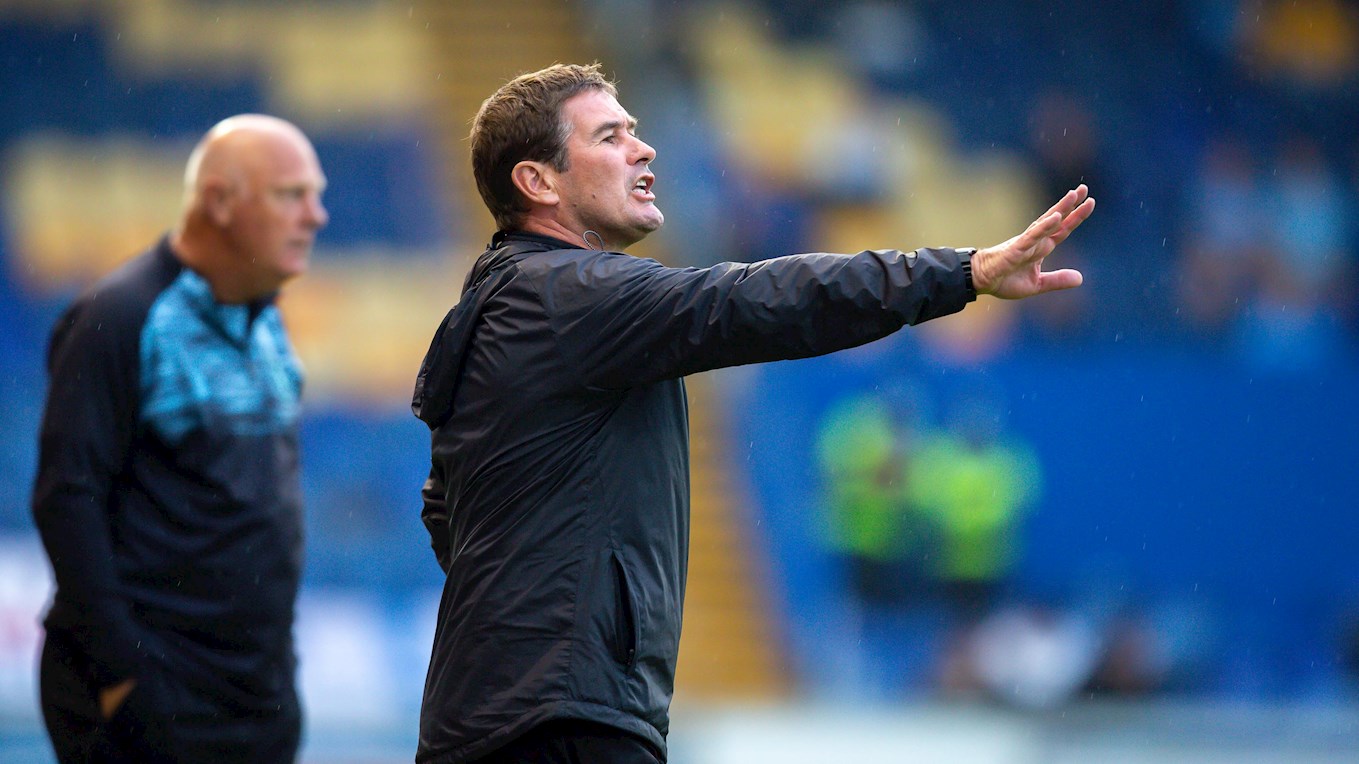 “I’m satisfied with the performances in lots of ways [so far this season]. I would argue that our best three performances were against Preston, Colchester, and in some ways on Saturday [against Bradford].

“I didn’t think we played that well against Bristol Rovers and Newport, but what we did well was stop them from creating chances and everything they did get, they had to work extremely hard for.

“We protected it [our goal] much better and with a desire that you need in any level of football.

“The supporters want to be entertained and see us have a go, so we’re going to try and do that. We want to win in a certain way and try to entertain.

Looking back on Stags’ last fixture, Saturday’s defeat to Bradford, the boss says he still feels ‘anger’ due to the ‘manner’ in which Mansfield conceded three goals.

“[I feel] exactly the same as Saturday after the game,” he added. “[My] anger has probably subsided around one or two percent, but that’s all at this moment in time.

“I’m unbelievably disappointed that we lost the game. The positives were two cracking goals that we scored again and the way we approached the game.

“We’re not going to change our approach to games, we’re just going to do it better. To concede three goals in the manner which we did, that’s what causes the anger, disappointment and frustration. It’s mainly anger because we know we’re better than that.”

There was also an update from Nigel Clough ahead of next Tuesday’s transfer deadline.

“It [incomings] might depend on outs more than anything. We have a settled first team squad at the moment.

“It [number of incomings] will depend if we get any enquiries about any of our lads. We’ll just have to see what develops.

“The defender that we’re after, hopefully that will go ahead irrespective of whether anyone else goes out.

“We’re still discussing things [with the defender] and have a little bit of work to do on it, but we still have a week to go. Hopefully we can reach an agreement in that time. 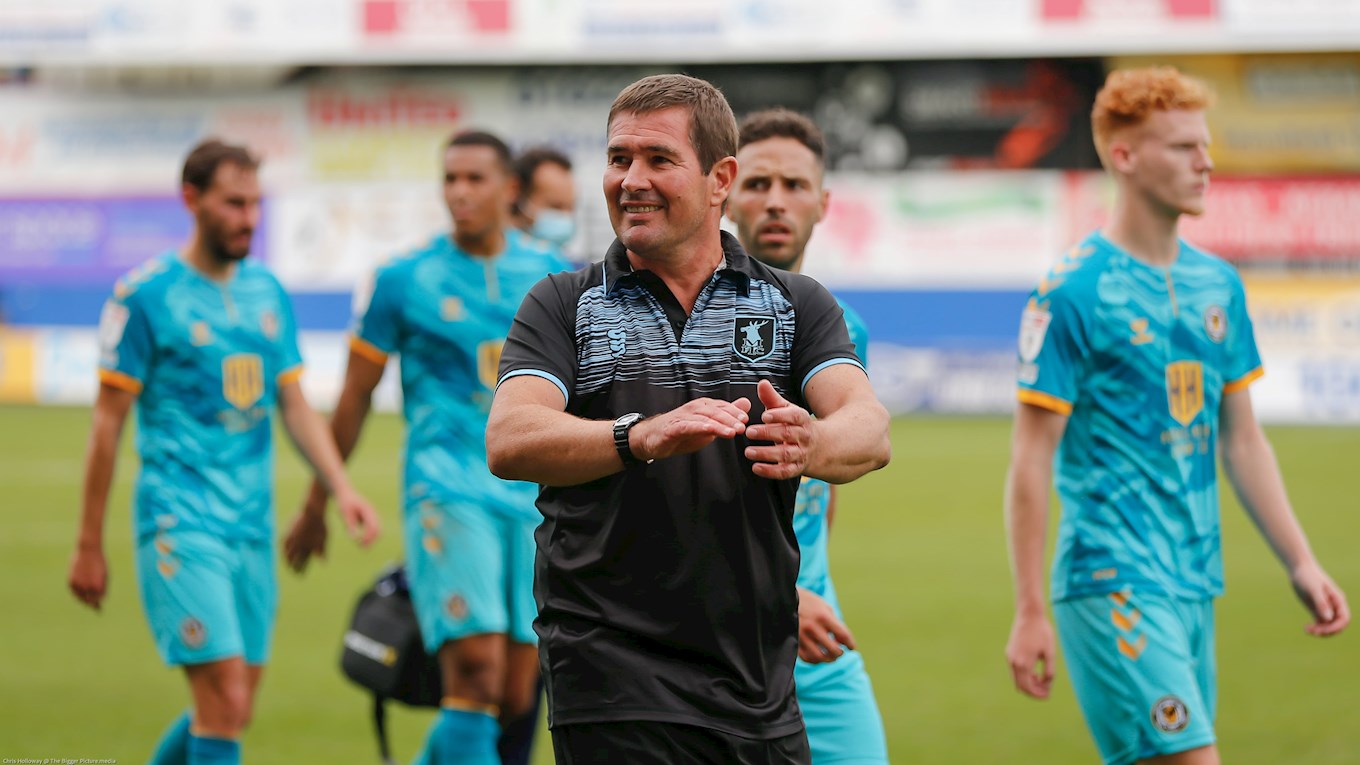 “If we bring that defender in that brings us up to those 18 outfield players, which is our ideal number.

“So if then any of the lads go out on loan for a few months, we’ll have to replace them if they do.”

Midfielder George Maris was substituted in the second-half of Saturday’s clash with Bradford City due to a knee injury, and will be assessed in the days leading up to this weekend’s match.

“It [selection for Swindon] might be [based on] injury worries more than anything.

“George Maris took a fair old whack [against Bradford] on his knee, so we’ll see how he is this week.

“So, it [team selection] could be dictated by that as much as anything.”

Tickets for this weekend’s clash away at Swindon Town can be purchased by heading to stagstickets.co.uk.