Boss Nigel Clough has said that although the Stags are ‘bitterly disappointed’ with the first two goals conceded against Preston North End tonight, he was left pleased by some ‘very good’ moments from his players.

Clinical finishing saw the visitors from Deepdale book their place in the Carabao Cup second round, but the Stags did match their Championship counterparts for large periods of the game.

The manager says that Preston’s first two goals were ‘avoidable.’

“I actually thought we played better than we did on Saturday at times,” he told iFollow Stags. “It was just that final ball. We’re bitterly disappointed with the first two goals we conceded.

“Both [of Preston’s first two goals] were avoidable and both came from mistakes. That’s what changed the game.

“The goal in the 46th minute, we’re 0-0 and had been on top. We didn’t work their goalkeeper enough then gave a soft goal away.

“You can’t afford to give Championship sides with ex-Premier League players those types of opportunities.

“I thought up until the second goal, we were more than in it [game]. There was a lack of quality from us [for the Preston goals].

“But I thought some of our stuff tonight was very good indeed. Despite Oli Hawkins and Danny Johnson being on the bench, we picked a team to win the game, and I thought we had enough out there to do that.”

The boss added that his side have learned a lesson from this evening’s 3-0 defeat.

“It doesn’t matter what opposition you play against, if you make mistakes and give goals away, we can’t win games,” he explained. 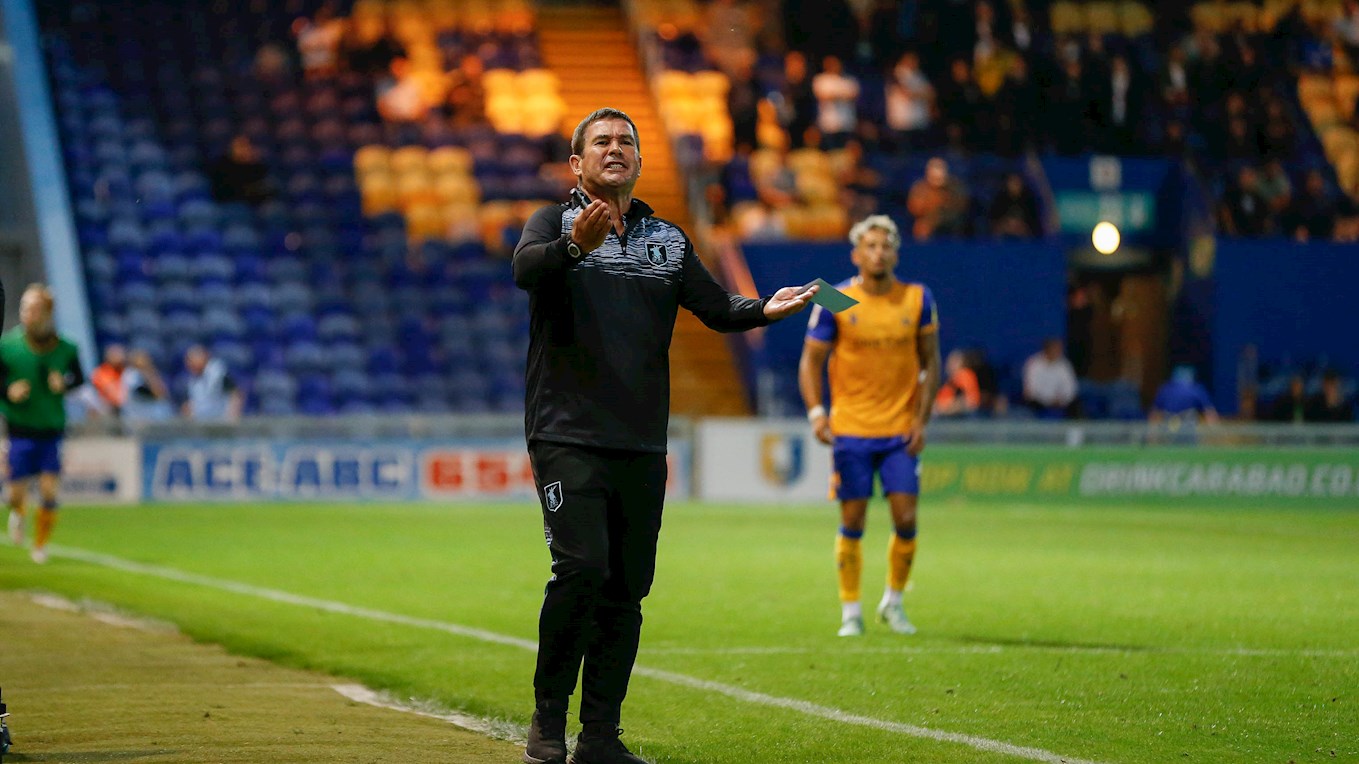 “We conceded one on Saturday which was a wonder strike, and you can’t do anything about that.

“The first two goals [tonight] were more than avoidable from our point of view. We can’t give goals away, because we won’t win.”

Nigel Clough made four changes for Tuesday evening’s encounter, and spoke of his team selection following the game.

“[With] James Perch, we can’t risk him. Purely and simply he’s our best centre-half, and we’re short in that area anyway.

“I thought Stephen McLaughlin was excellent going back there [centre-back]. Stephen Quinn got a couple of knocks, so we didn’t want to risk him.

“The two strikers played 100 minutes on Saturday [against Bristol Rovers]. We got fresh legs up there and wanted to go with pace. Rhys Oates caused problems all night.

“I was pleased with them [Ryan Burke and Ryan Stirk on full debuts]. I thought Ryan Burke was perhaps a bit nervous, as he didn’t show the quality that he has done over the last few weeks in pre-season.

“He’ll be better for getting that one out of the way. He showed some good things, but he has to relax a bit more.”