Two goals from striker Oli Hawkins were not enough to secure victory in NG18, as efforts from Paudie O’Connor, Charles Vernam and Andy Cook saw the visitors take all three points.

The manager says that, despite it being a ‘brilliant League Two game,’ he has been left ‘angry’ by some of Mansfield’s defending.

“We didn’t defend well enough,” he told iFollow Stags. “We’ve scored two goals at home, so we’re entitled to get something from the game and we didn’t.

“In the previous games, two goals have been enough, but they weren’t today as we defended so ineptly at times.

“I’m a little bit angry at the moment. So, I’ll have to be careful with what I say, but I’m very disappointed. I probably picked the wrong team today. 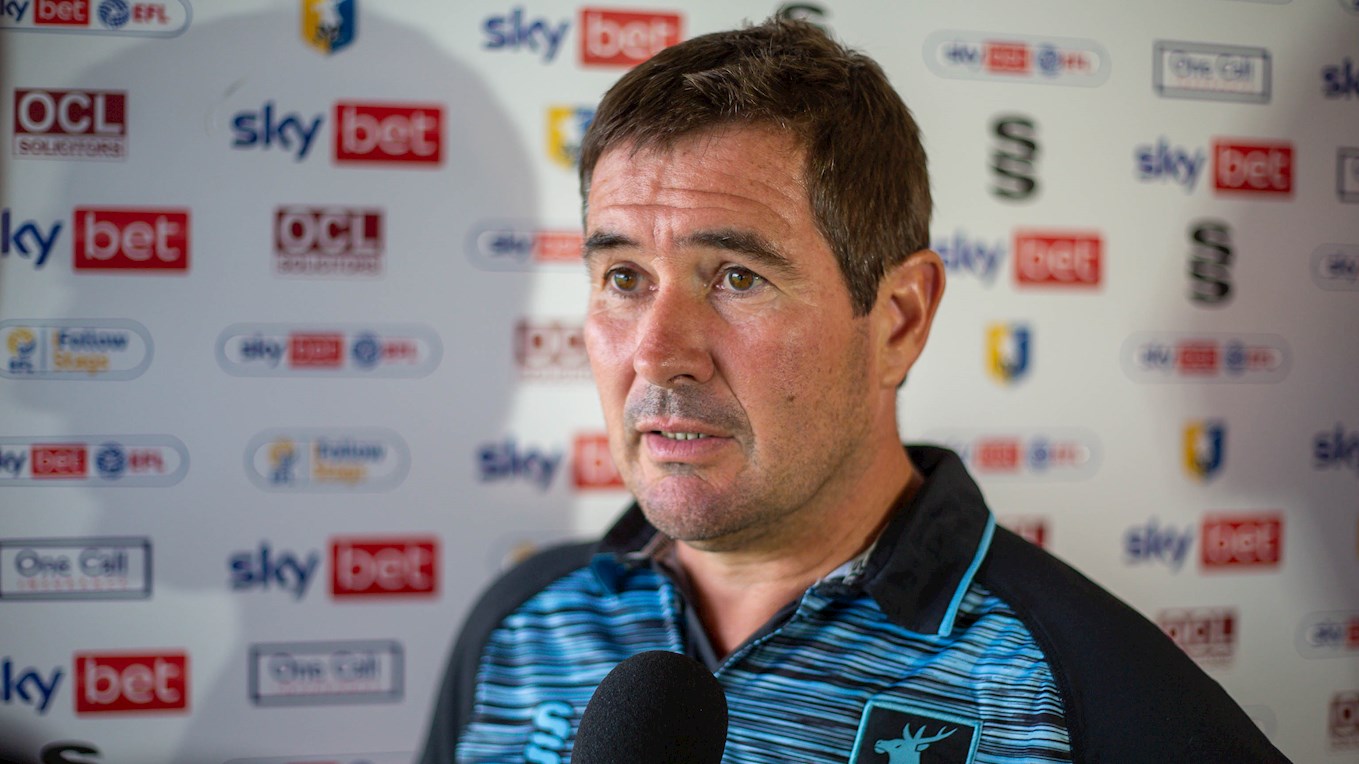 “I thought it was a brilliant League Two game, first and foremost. I thought we scored two brilliant goals.

“We didn’t create too many chances, but we put good balls into the penalty area and played some good stuff at times.

“I think we take a little bit of a step back [when we go ahead] and I don’t know why. We encourage them to carry on playing forward.”

One positive of today’s clash was the two goals from Hawkins, taking his tally to three in four games this season.

“I thought they were excellent goals [from Hawkins],” added the boss. “The goals we’ve scored here [One Call Stadium] have been very good quality.

“His [Hawkins’] two [goals] today [were good]. We’re just encouraging him to be within the width of the goal as much as possible. 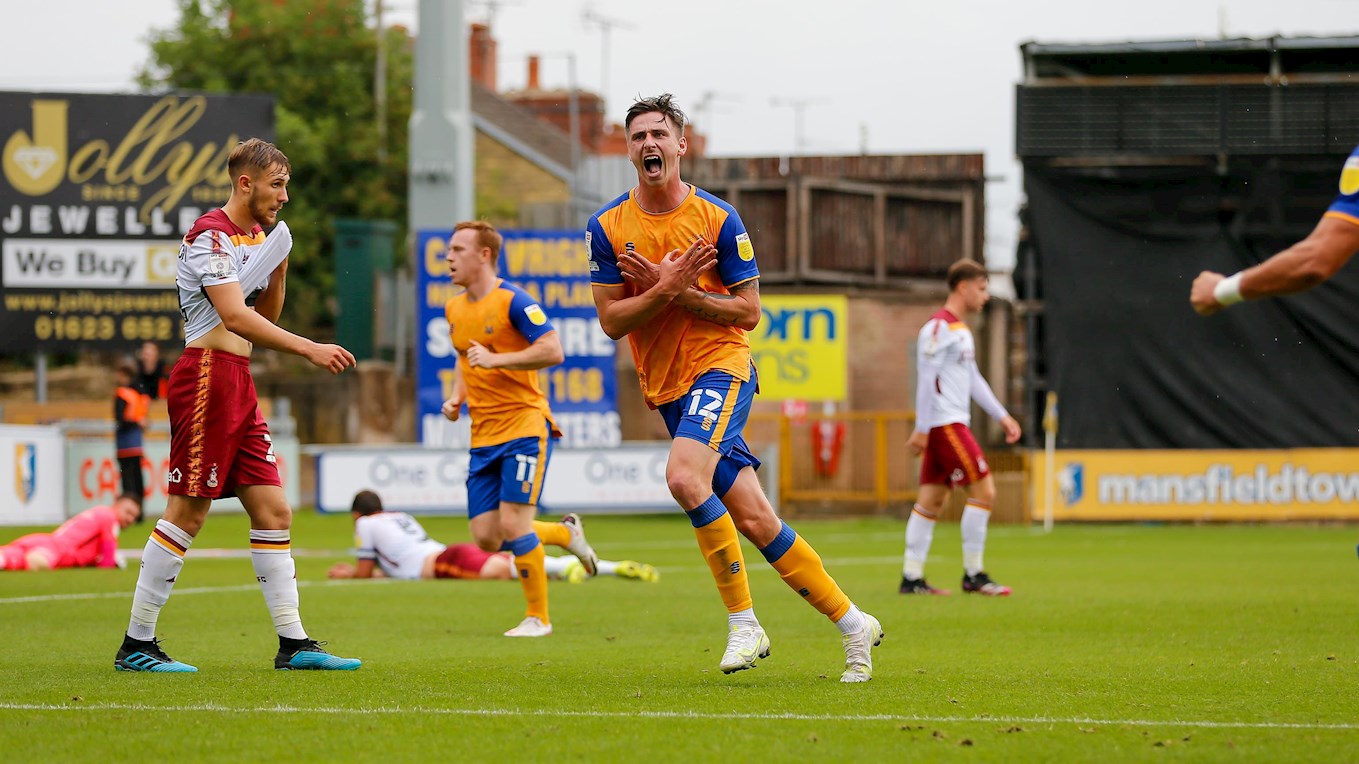 “He was in there twice and I thought they were two excellent finishes.”

The boss also provided an update on midfielder George Maris, who was substituted shortly after the interval after being on the receiving end of a heavy challenge from Finn Cousin-Dawson in the first-half.

“He has a very sore knee. At the time, I didn’t think there was anything wrong with the tackle and I said that to the fourth official and Derek [Adams, Bradford manager] as well.

“Having seen it back, it’s very close to being a red card. It’s his following leg, he’s gone over the top and caught George on the kneecap.”