Boss Nigel Clough says the Stags will look to perform in ‘positive’ fashion away from home against Colchester United, following back-to-back wins at One Call Stadium to start the Sky Bet League Two season.

Mansfield have beaten both Bristol Rovers and Newport County AFC by 2-1 scorelines in NG18 ahead of the midweek trip to Essex, the first away game of the campaign.

The manager says that the Stags will look to ‘play the same way’ as they do in front of their home crowd.

“One of the things we try to do is try and play the same way [away from home],” he told iFollow Stags. “We’re certainly not set up to go away from home and defend for 89 minutes and try to nick a goal.

“We’ll be as positive as we can. The key will be not giving daft goals away and then finishing our chances. I always fancy us to create chances, it’s then about finishing them.

“[Colchester will be] much, much better [this season]. They stayed up [last season] and I think they’ve signed some excellent players.

“I think they’re just finding their way [at the moment]. Most teams have had a big turnover in the summer, and it’s going to take more than two games for everything to settle down.

The Stags will travel to Essex on Monday evening, following a training session at The RH Academy.

“We don’t really like going overnight for night matches, but it’s too much on one day,” explained the boss. “If you get a problem on the motorway, it’s the best part of four hours. 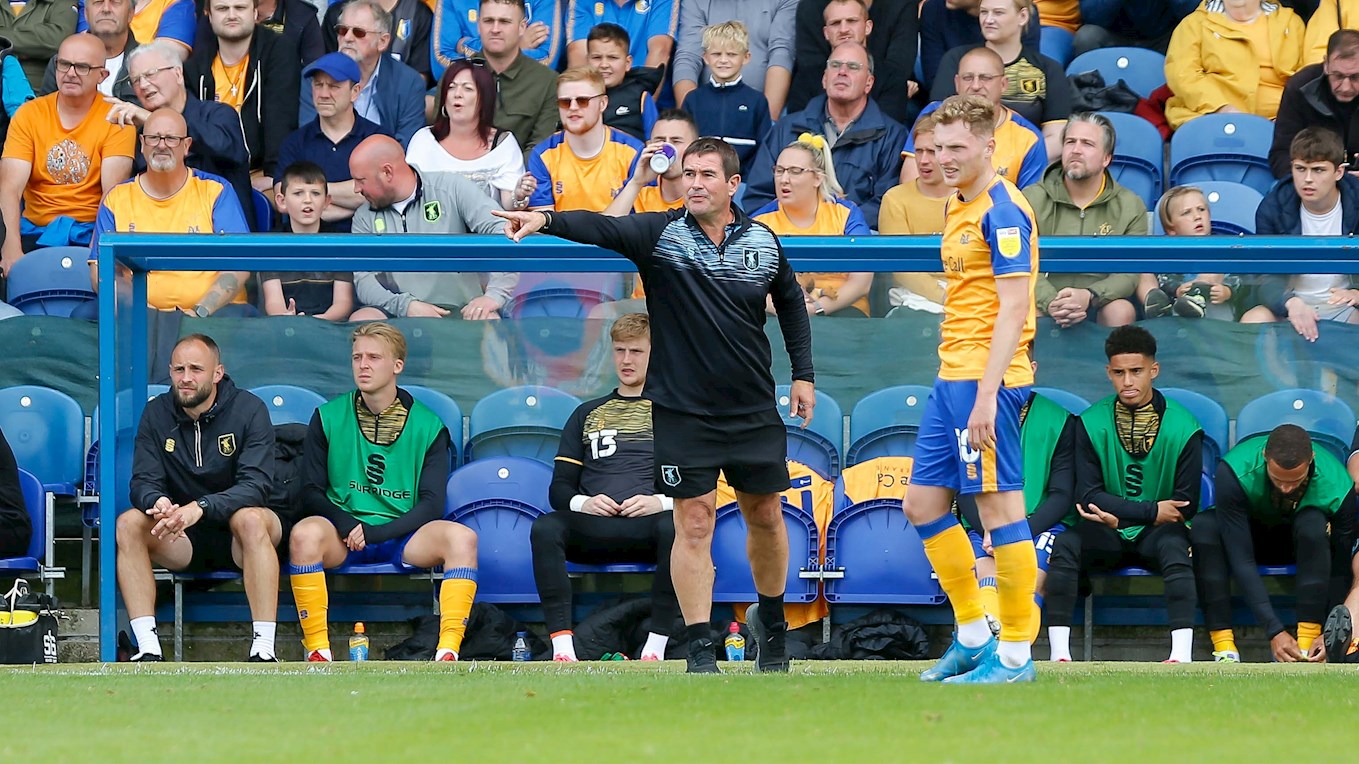 “We’ll train late today [Monday], get away at about six, do a bit of training in the morning and then rest ahead of the game at the night.”

Reflecting on a promising start to the league campaign, the boss says the Stags have ‘found a way to win,’ despite not perhaps performing at their maximum in the opening two fixtures.

“I think finding a way to win when we haven’t been quite as fluent as we would’ve liked to be [is reason for good start to season].

“We’ve scored four goals in the first two league games. The only thing that’s concerning is the goals we’ve given away [against Preston and Newport].

“It’s up to us to keep that [good atmosphere] going [at One Call Stadium] with our performances and results. 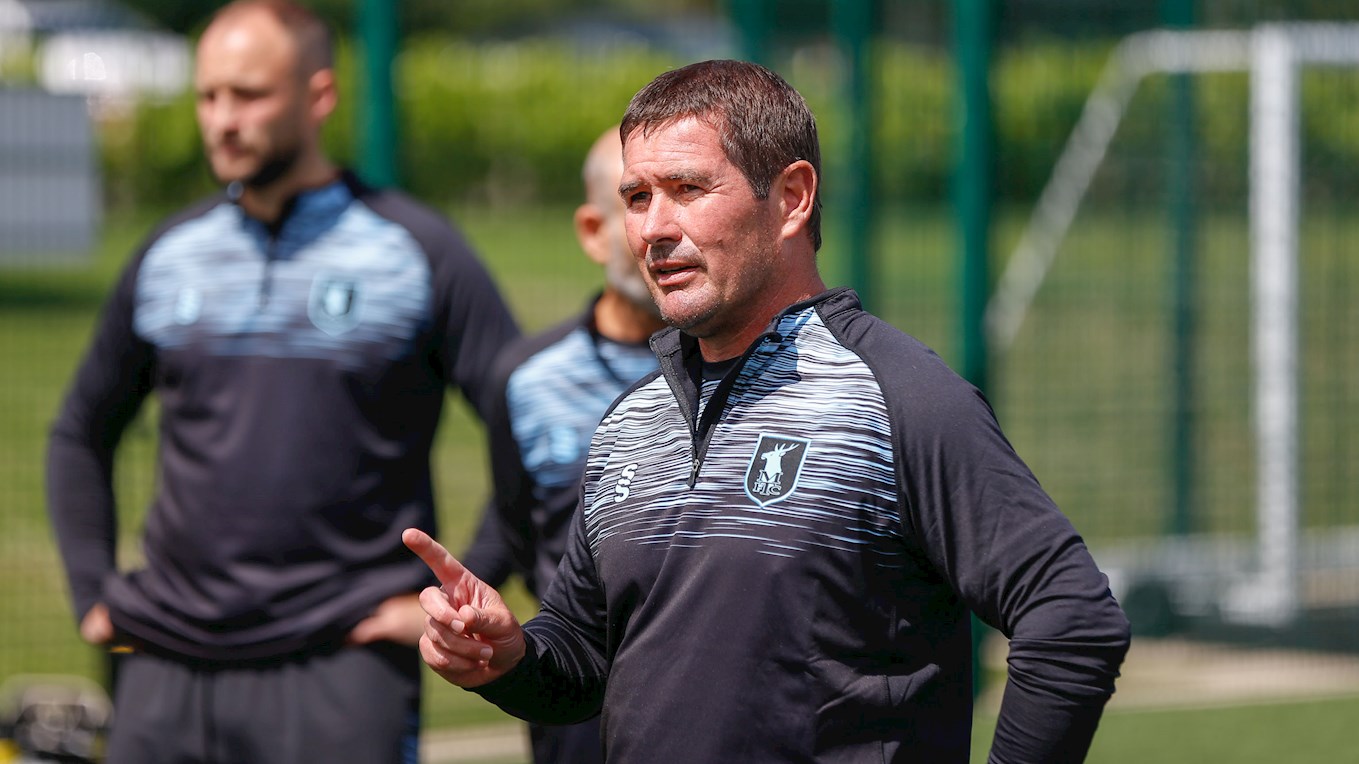 “I think scoring goals and winning games is the way to do that. When Ollie Clarke nearly broke the net with the second goal on Saturday, I think there was nearly as big a roar when we scored the penalty the week before [against Bristol Rovers].

“The players are enjoying it [atmosphere], and they’ve really missed it. The lads are relishing it. The crowd has come back with renewed enthusiasm and we have to play our part to keep that going.”

Nigel Clough also revealed that he has a fully fit squad to choose from on Tuesday night.

“He [Charsley] was fit for Saturday and was with the squad. Everyone was fit on Saturday, he just couldn’t quite get into the 18.

“It’s good at this stage [to have a fully fit squad]. I think any team that comes through pre-season and in the first weeks of the season has everybody fit, then it’s a very good sign.”

Tuesday’s match at Colchester United is available to watch live on iFollow Stags for £10. To purchase your match pass, click here.