Shortly after the game it was announced that Stoke defender Will Forrester has joined the club on loan until January, along with Burnley defender Richard Nartey arriving on loan until the end of the campaign.

The manager says Forrester is rated ‘highly’ at Stoke City, and that Nartey is a ‘very good character.’

“[They are] two young players with potential,” he explained. “Will Forrester has a knock at the moment so won’t join us for the next couple of weeks.

“He’s played a couple of times for Stoke’s first team and they rate him highly there, so he’ll come and get some experience with us. 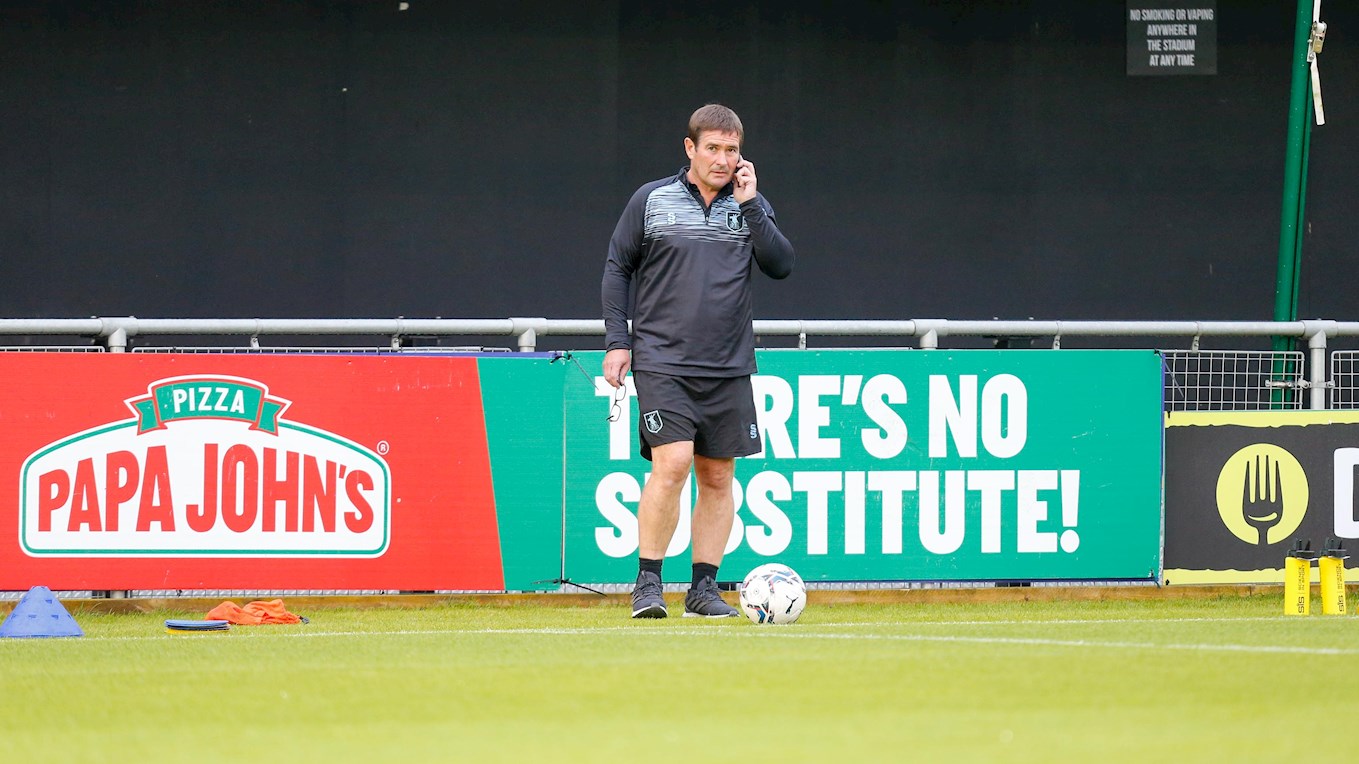 “Richard Nartey we know from our days at Burton. We took him on loan from Chelsea and he played in League One for us.

“He acquitted himself well and is a very good character. The best thing is, he’s spent the last eight or nine months with Burnley, training predominantly with their first team.

“I spoke to Sean Dyche [Burnley manager] today and he told me how we’ll he’d done for them being around the first team.”

Speaking of Tuesday’s 3-1 loss at Harrogate, the manager says the defeat was an ‘invaluable experience’ for his younger players.

“We used tonight as an opportunity for youngsters to get their debuts, with the likes of Ethan Hill (below) getting his first start. It was an absolutely invaluable experience for them. 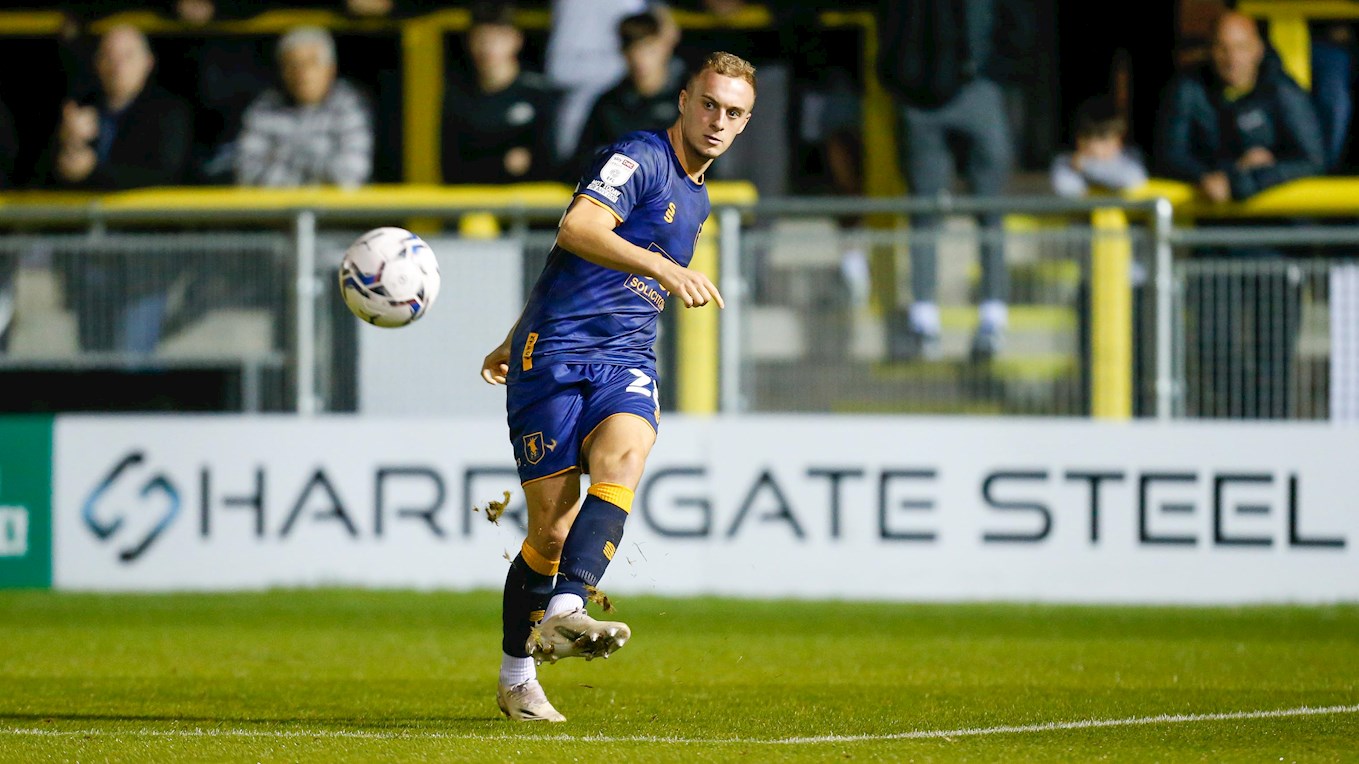 “We’re short of central defenders at the moment, so he [Keaton Ward] played back there with Faz Rawson.

“George Cooper has just come back into training and I thought he did very well when he came on. It was a mix and match team, but we got out of it what we needed, apart from the result.”

On Mansfield’s goalscorer, George Lapslie, the boss added: “I thought he [Lapslie] was very good tonight. He’s been a bit stop-start, even through pre-season.

“He’s going to have to get a run somewhere which is why we played him tonight, and I thought it was the sharpest he’s looked so far this season.” 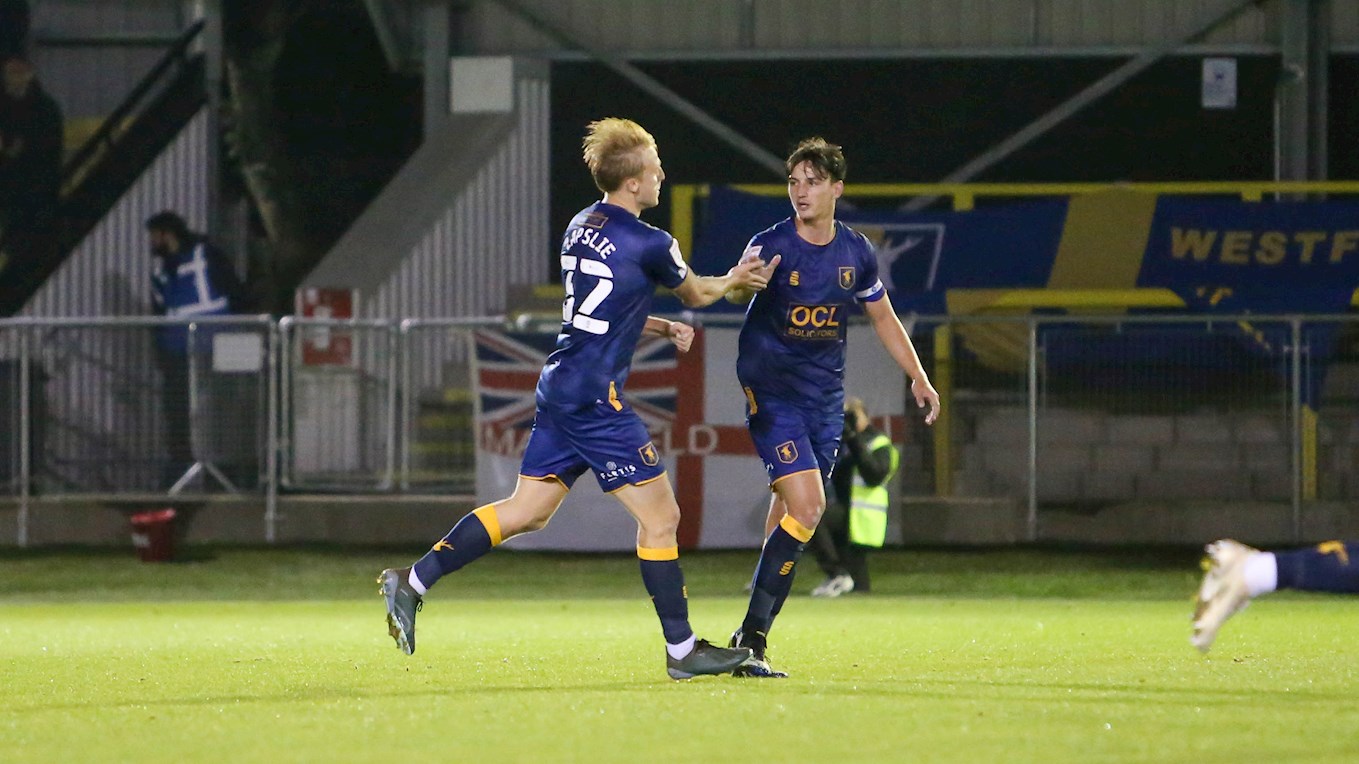 There was also an update on defender James Perch, who has missed the last two matches following a training injury last week.

“There’s no time scale with these sorts of injuries. He’s taken a whack to the head and we’ll take absolutely no risk with him.

“He’ll have all the proper scans and appointments, whatever he needs. He won’t be near returning until he’s 100 percent fit.”