Manager Nigel Clough, although ‘frustrated’ with the manner of this evening’s draw at Colchester, says ‘seven points from nine’ is a positive return for his side to start the season.

Defender Elliott Hewitt headed the Stags towards what looked a third successive win in Sky Bet League Two, but a late penalty, converted by Freddie Sears, ensured the spoils were shared.

The boss says that, despite it being two points ‘dropped,’ he was left pleased by large areas of his side’s performance.

“I thought we were very good at times tonight and controlled the games for long periods. We created numerous opportunities and Nathan Bishop has had very little to do.

“We had several chances to get ahead. That’s the frustrating part, then the penalty tops it off.

“There was some decision-making that was poor in the first-half, but we played some very good stuff.

“I thought we had nine or ten moves tonight which were very good indeed, but didn’t quite finish them off. 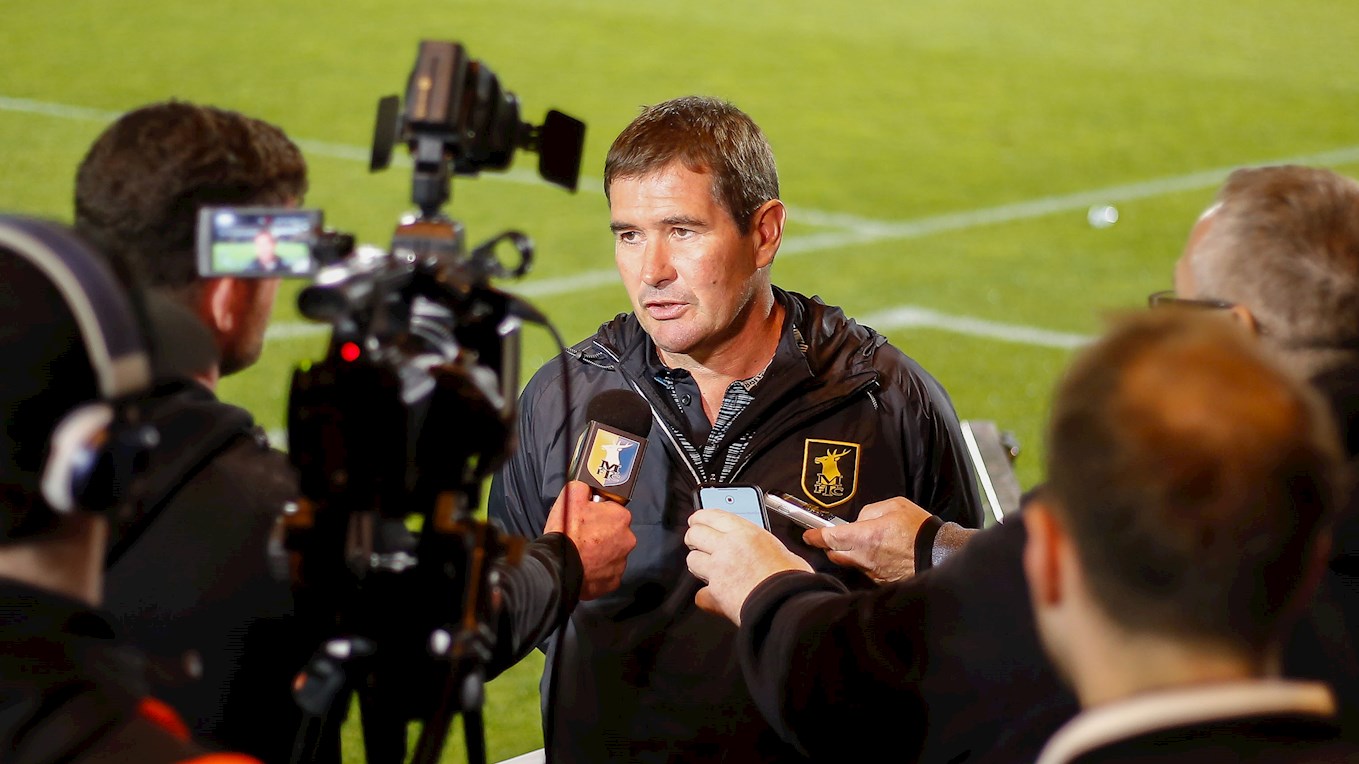 “It’s still a point, but it’s in the last minute and everyone’s a little bit down. We were on top and should’ve won, but seven points from nine with an away point is never bad.

“Ultimately it is two [points] dropped because of the manner in which we played, the chances we created and conceding with seconds to go.

“I hope they [travelling fans] enjoyed the way we played, because we said we’re trying to play the same away as we do at home. We probably created more tonight than we have done in the two home games.

“There was some lovely football at times, but we have to get better at certain things. [But] for the third game in, it’s very encouraging.”

When asked about referee Sam Allison’s decision to award Colchester a penalty in stoppage time, the boss said: “I thought it was a very poor decision [to give the penalty]. Very rarely do you see a penalty decision given when the person who goes down doesn’t even appeal.

“The referee has two bodies in front of him and I’m not sure how he can give it.

“We should’ve been out of sight. Macca [Stephen McLaughlin, pictured below in the first-half] has got slightly wrong-side, the lad goes down, doesn’t appeal for the penalty and gets up to play the ball. 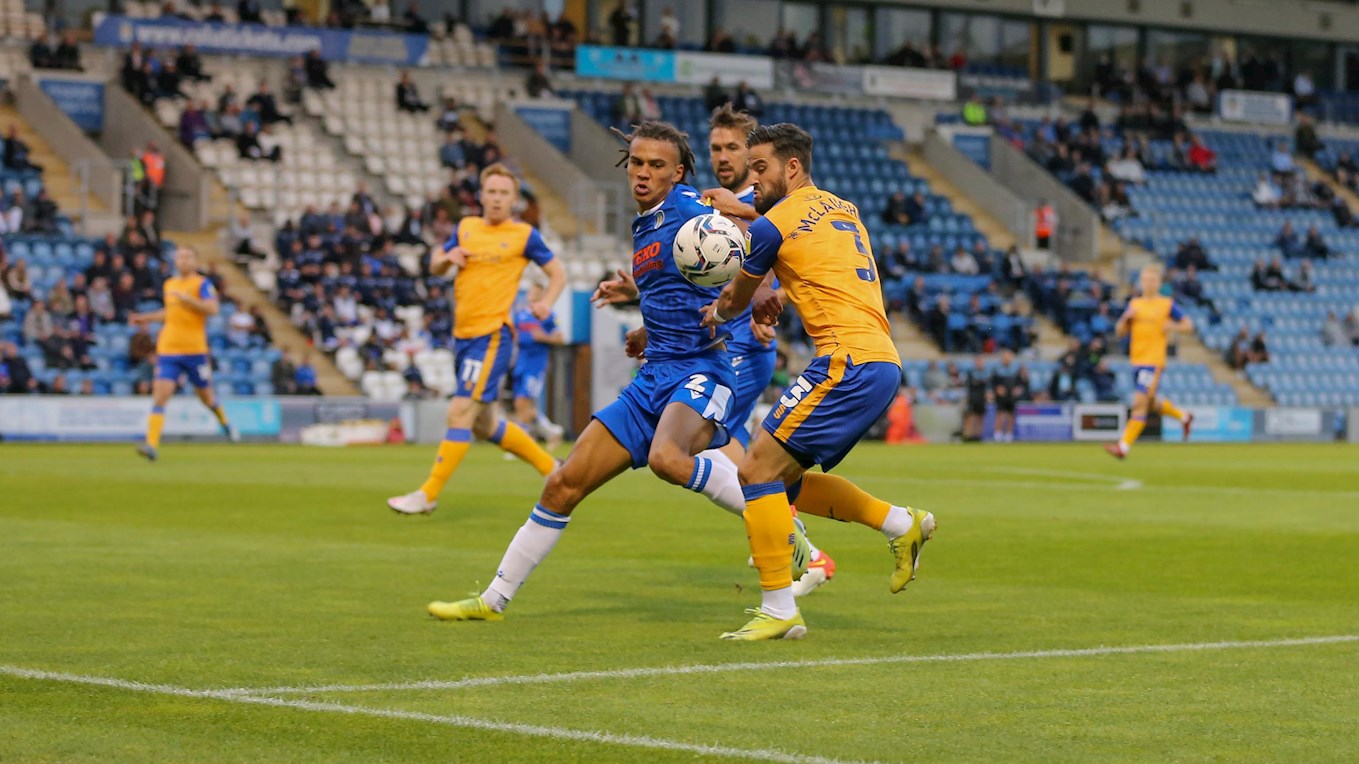 “The referee from 20 or 25 yards away gives the penalty. It’s quite an astonishing decision, really.”

Nigel Clough made two changes for this evening’s game, with Kellan Gordon and Oli Hawkins making way for Hewitt and George Lapslie.

“We were a little worried about the height [difference] tonight, with Oli Hawkins not able to start, as they are very strong at set plays.

“He [Hawkins] was a bit under the weather and tired after Saturday. He wasn’t ready to start.

“Height [was the reason Hewitt started over Kellan Gordon], because of their presence in our penalty area.”

The manager's interview will be available to watch in full for iFollow Stags subscribers at mansfieldtown.net/ifollow tomorrow.