Boss Nigel Clough described this afternoon’s clean sheet and point away at play-off hopefuls Exeter City as a ‘good, solid away performance.’

The Stags did have opportunities to turn one point into three, including strong claims for a penalty after Tyrese Sinclair went down in the Exeter box in the second period.

The manager was pleased with the way his side ‘restricted’ the Grecians to very few opportunities, especially with Monday’s hosts currently boasting the accolade of joint-top scorers in Sky Bet League Two.

“We created enough situations and chances again, but the outstanding one was when we should’ve had a penalty,” Nigel Clough explained to iFollow Stags.

“It was stonewall and I looked straight across to their dugout, who were waiting for it to be given.

“Then the referee compounded it by booking Tyrese [Sinclair] for diving, which was a staggering decision.

“He [Sinclair] has gone clear of the back four and fouled from behind. Even the lad said to Ty he got away with one. It was a stonewall penalty.

“I thought we were brilliant from start to finish. We created a chance early on through George Lapslie who nearly hooked one in, and we created situations and chances all throughout the game.

“There were not many clear cut [chances] but there were enough situations and we restricted them, Stoney [Aidan Stone] has only had the one save and they [Exeter] are the top scorers in the league. 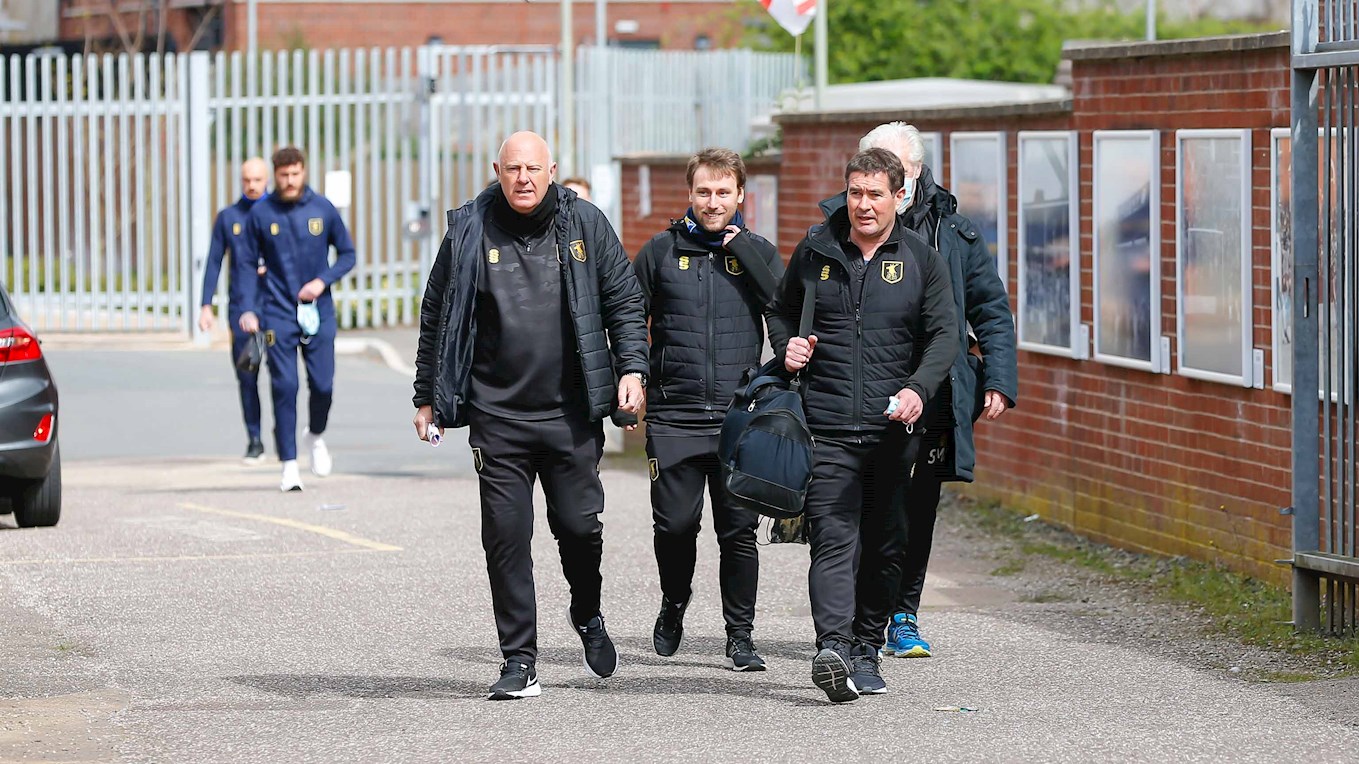 “On the back of Friday, it was important that we didn’t make any mistakes today and hopefully the changes that we made reflected that. We needed a good, solid away performance and that was it today.

“We put the ball into good areas in the first-half and Jordan [Bowery] and Tyrese caused problems.

“We didn’t want back-to-back defeats. It’s important in this little run, especially with Newport on Friday, not to be getting defeat after defeat.

“We’ve stopped that with the clean sheet and now we’re looking forward to Newport on Friday.”

The boss handed a first league start to Tyrese Sinclair (below) this afternoon, and says he was ‘very pleased’ with the young forward’s performance. 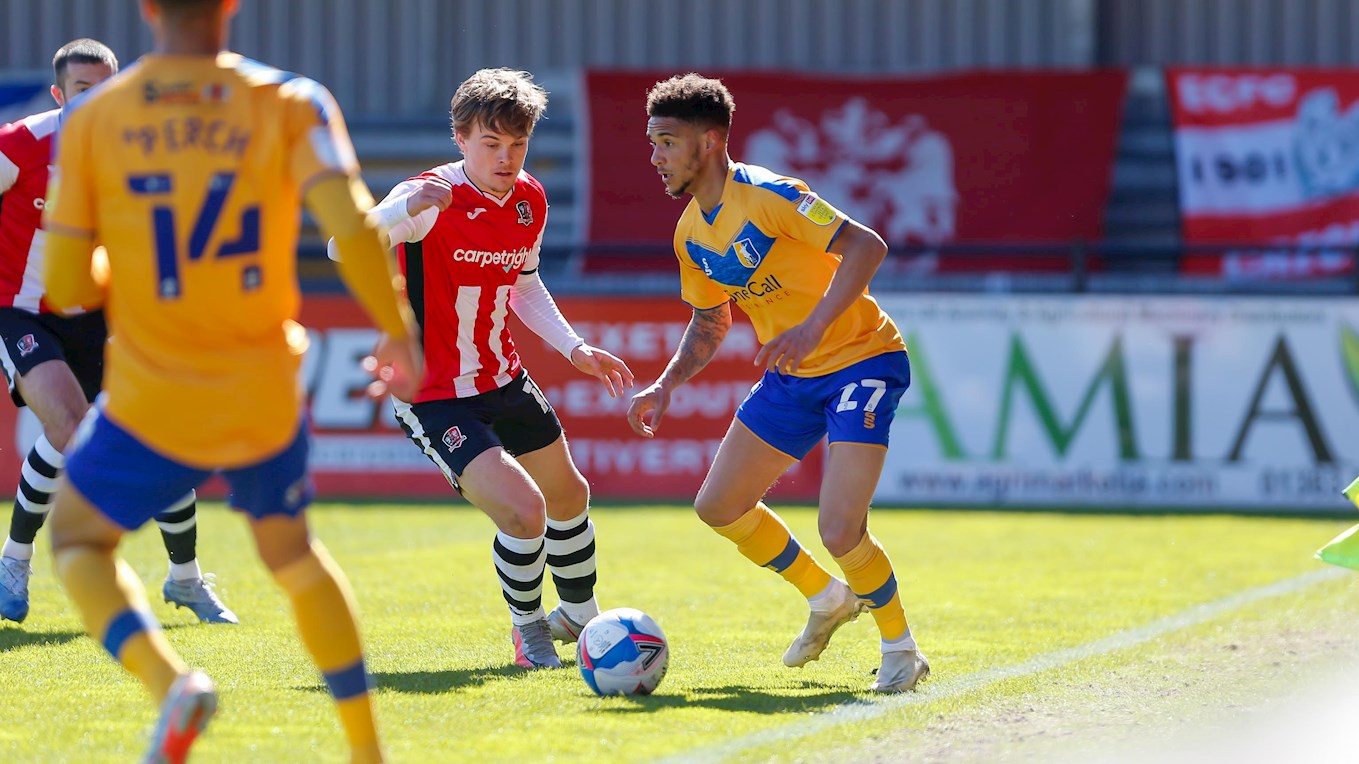 “Jordan crossed one and Ollie [Clarke] couldn’t quite get his head on it, Stephen McLaughlin had one saved, Tyrese has probably had the best chance when he was one-on-one,” he added.

“You just need one of those to drop for you. But the penalty is the one that should’ve been given.

“We’re very pleased [with Tyrese Sinclair]. He’s just had little cameos here and there, but I thought he was very good today.

“It’s good to get another player coming through to the first team. Reidy [Jamie Reid] needed a rest.”

Four changes from Friday’s disappointing loss to Leyton Orient were signalled by the boss, and he further explained the alterations, adding: “We would’ve made more [changes] if we thought we could’ve done. It was good to see Ollie Clarke back starting again.

“He’s not quite back to how he was, but somewhere near.

“Kellan [Gordon] made two errors and he’s made a few of late, so the players have to understand that there is consequence for the mistakes they make.”