Boss Nigel Clough was delighted by the ‘effort and energy’ on show from his players in this afternoon’s big win away at Stevenage.

Defender Ryan Sweeney scored the game’s only goal in the first-half, with Mansfield preserving their one-goal lead for over 70 minutes of football.

The manager was pleased by the Stags’ ‘brilliant’ defending to see out the win.

“To get this one [win] today with five games to go, a win, clean sheet and three points, we’re very close to that 50-point mark now,” he told iFollow Stags.

“It was a game of two halves in some ways. We were very positive closing down [in the first-half].

“I thought we should’ve had a penalty after 20 seconds, then Jordan Bowery puts it over from eight yards. We should’ve gone ahead that early. 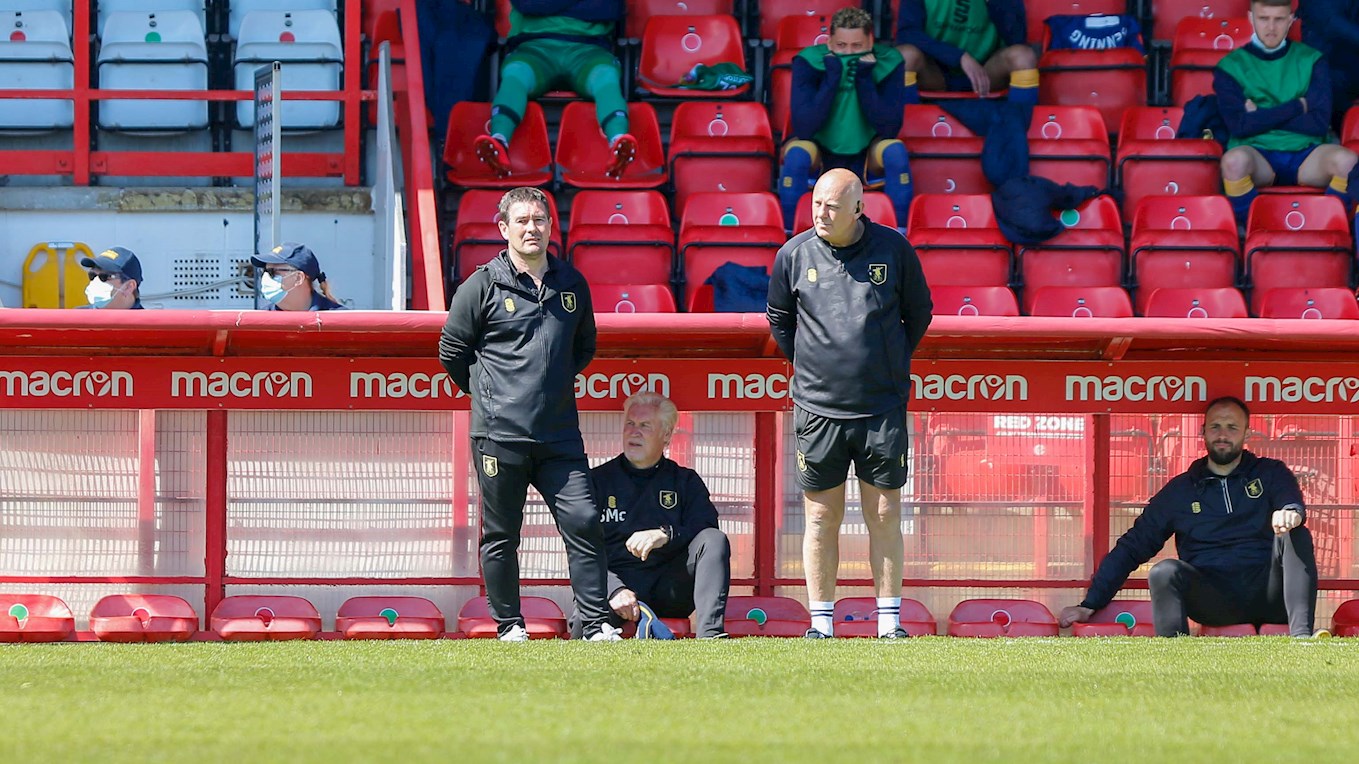 “It was nice to score from a set play and then we looked after the lead relatively well.

“It dropped to him [Sweeney] in the box and he finished it well. Then we made no silly errors today [after going ahead].

“They were the highlights today. We needed a break in the box, we got one, and then we made them work for every half-chance they had today.

“He [Stone] was called upon two or three times today and made some good saves. That’s good for him after his error last week.

“He bounced back with a clean sheet. I thought him and the back four today won us the game.

“As much as we were positive in the first-half, I thought the back four defended brilliantly.

“There was a lot of effort and energy today on a very warm day.” 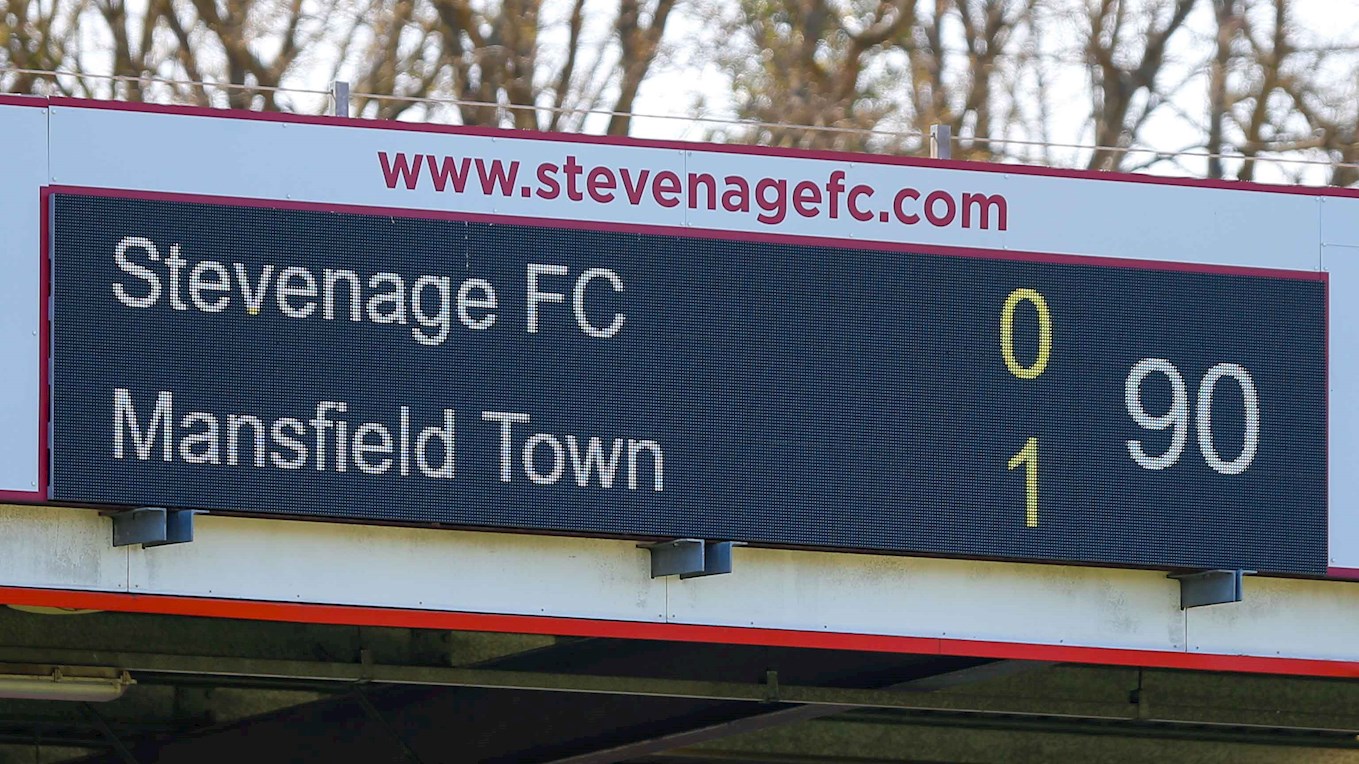 The boss made one change for the game, with striker Jamie Reid coming in for midfielder Ollie Clarke. He explained the alteration, adding: “We wanted to put the three up [front] and be positive right from the start.

“It didn’t leave us with too many attacking options on the bench, with Oli Sarkic being out, but we had Jason Law and Harry Charsley, who were both used today.

“George Lapslie only came off because we were thinking that he might get sent off, as he’d been booked and made a few fouls.

“We wanted to be positive and with the players we had out [on the pitch], it [formation] is pretty flexible.

“You can go to a diamond, but we wanted three centrally and it caused them a lot of problems today.” 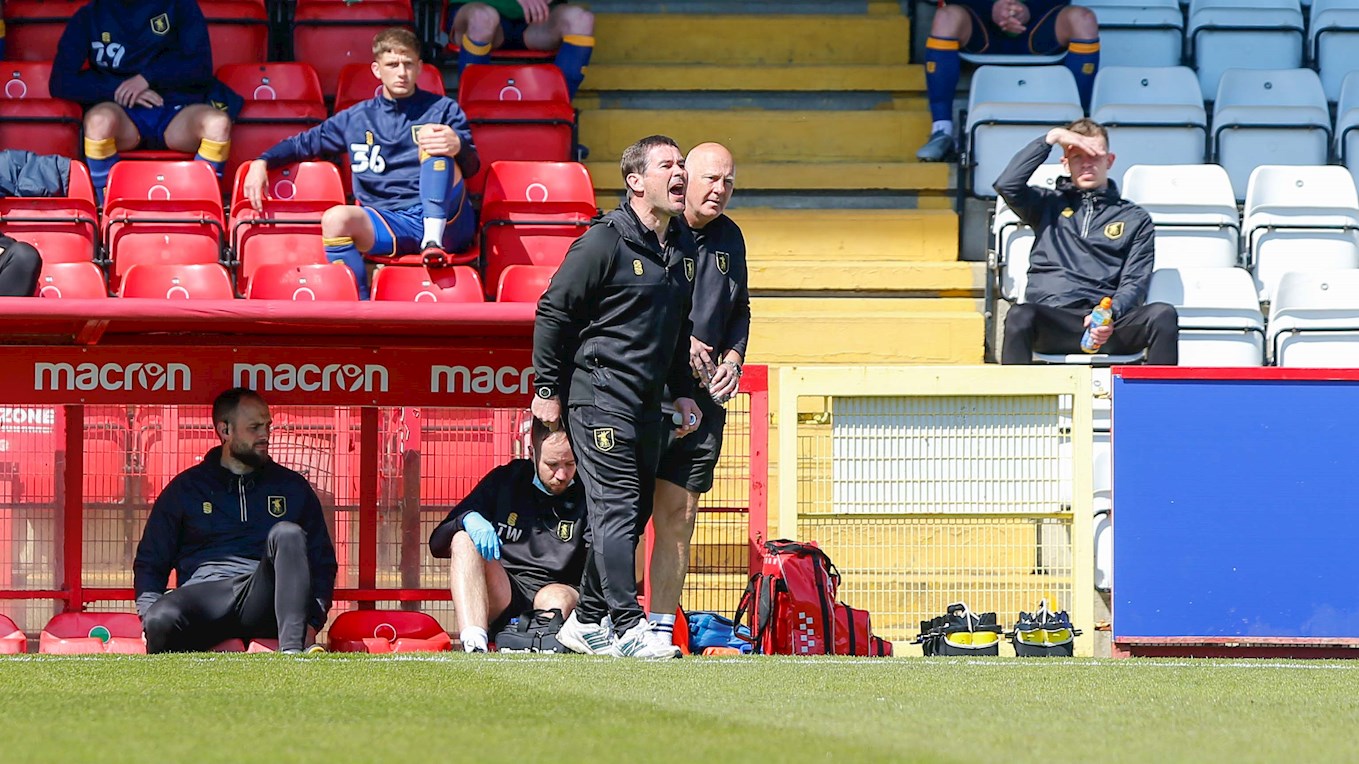 Looking ahead to Tuesday’s match against Scunthorpe, the manager said: “We set ourselves a mini target of four points [from Stevenage and Scunthorpe games].

“We’ve given ourselves a good chance now, so it’ll be about how we recover and get our legs back.”

Log in to mansfieldtown.net/ifollow to watch Nigel Clough’s interview in full.