Manager Nigel Clough says ‘everyone did their jobs’ as the Stags secured Sky Bet League Two safety with a dominant 3-0 win over Scunthorpe United at One Call Stadium.

Goals from George Lapslie, James Perch and Tyrese Sinclair sentenced the Iron to defeat, ensuring the amber and blue will remain in the EFL for 2021/22.

The boss says achieving safety is cause for ‘minor celebration,’ with the Stags’ ultimate ambitions being far above simply remaining in the league.

“It [achieving safety] is cause for celebration – minor celebration – as it’s not the extent of our ambitions, but it’s nice to do it with three games to go,” he told iFollow Stags.

“You saw that belief from the players tonight in the way we played. I thought we controlled the game from start to finish.

“We wanted to dominate the game and wanted to score goals. The only disappointing thing is that it was 1-0 for so long. We could’ve scored five or six tonight.

“It was a great goal [by Lapslie] with his timing of the run into the box. He [Perch] is enjoying his position at right-back, and he scored one and made two tonight.

“He’s trying to score [for the third goal] and it’s a mis-hit across the goal! But it was good for Ty [Sinclair] to read it and be in there. Perchy definitely says he meant it.

“It was a good, solid team performance and everyone did their jobs. Everyone played well tonight.

“The confidence and belief that we got – although we weren’t mathematically there – from the result on Saturday, we could go out and enjoy [tonight].” 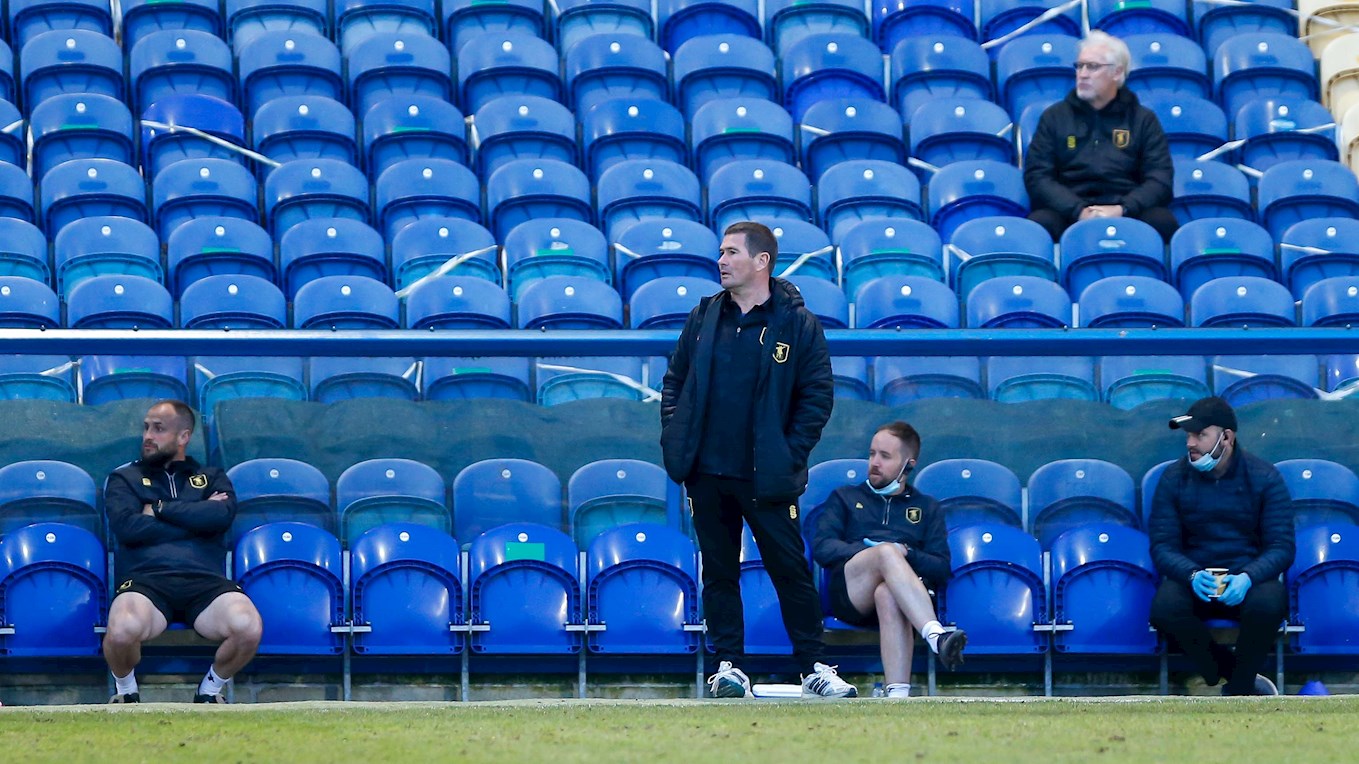 Nigel Clough says he feels ‘relief’ to earn safety with games still remaining in the season, matches in which he plans ‘have a look at’ some younger players in Mansfield’s squad.

“[I feel] relief that we’ve got the job done. It shouldn’t have taken this long, but for various reasons [it did],” he added.

“We were talking [to the players] about the five-game winning run that we had, and how that got upset by the break.

“It really broke our momentum and we’ve been trying to pick it up again ever since then.

“We’re delighted that we’re safe, but this is not the extent of our ambitions. It’s just very important to survive, in order to build for next season.

“We didn’t win enough, and we should’ve won more, but we didn’t lose a lot. It’s important to keep getting those points and keep the bottom two away from you.

“We can hopefully have a look at two or three of the young lads, certainly Jamie Pardington, who we want to give a game to. 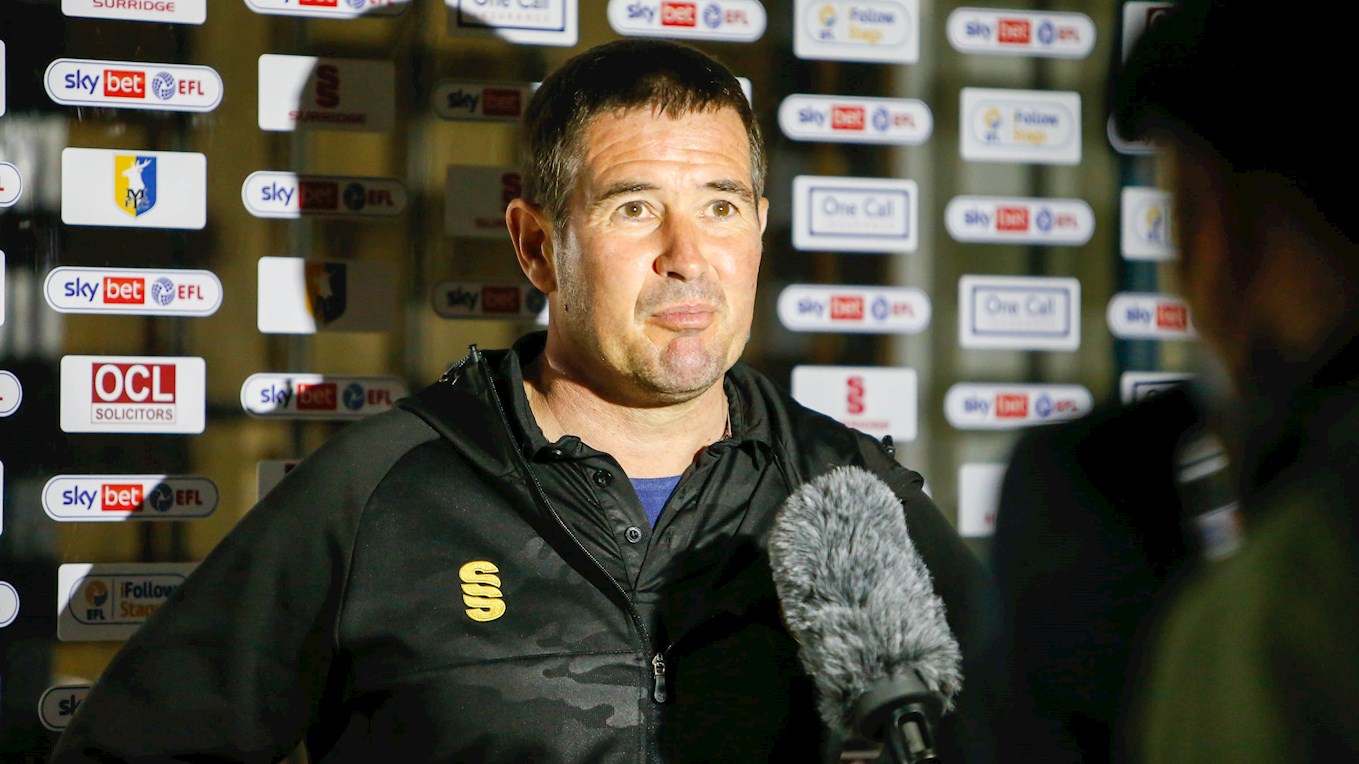 “James Clarke is another one who has been very patient this season and trained [well]. Jaden Charles [as well], they’re the main three we want to have a look at.

“We’ll certainly get Kellan [Gordon] more time and Jason Law. It was good to see the youngsters at the end of the game as well.”

Elsewhere in football this evening, faltering plans of a proposed European Super League dominated the headlines.

The boss discussed the apparent collapse of these plans, adding: “Good [that European Super League plans are falling apart]. So they should. I’m not sure how it got this far.

“The fact that the people who make these decisions don’t anticipate this sort of reaction and backlash, I think says an awful lot about how out of touch they are.

“You couldn’t repeat it [what Brian Clough would think]. He would’ve been very dismayed with how football has gone in the last 20 years, with greed being the overriding factor.”