Striker Andy Cook believes only a goal was missing from a ‘dominant’ Mansfield Town display against Tranmere Rovers on Saturday afternoon.

The Stags were relentless in large spells of their Sky Bet League Two curtain-raiser but were unable to break the deadlock throughout.

Striking the woodwork in the early exchanges and substitute Tyrese Sinclair almost netting late on bookended a convincing performance for the amber and blue at One Call Stadium.

Cook, however, referred to the frustration of being unable to find a winner despite keeping a clean sheet at the first time of asking.

“I thought we were dominant but all we needed was that goal. I think the three points would have been fair for us,” the 29-year-old declared to iFollow Stags.

“We kept a clean sheet, so that’s a start. We pressed from the start, all over the park, just need to take the chances that come our way.

“I think everyone’s worked hard, we’ve had a hard pre-season and showed the fitness levels there. 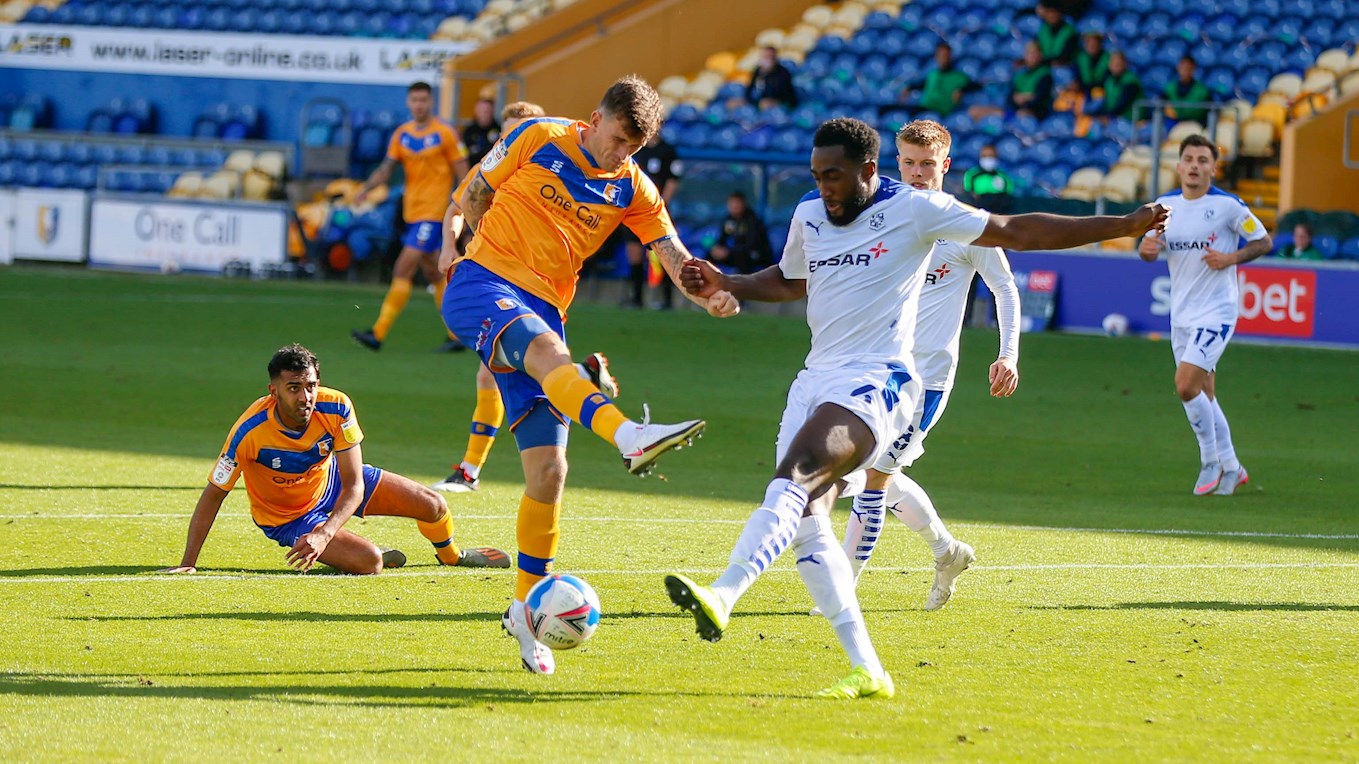 The No.11 – who was on loan at Tranmere last season – then offered his thoughts regarding Mansfield’s 2020/21 squad and their style of play.

“That’s how the gaffer [Graham Coughlan] wants us to play: [pressing from the front] to force mistakes.

“We’ve been working on it every day in pre-season. It’s a good dressing room, everyone gets on with everyone and I think that’s what you need.

“Hopefully we all stick together and push on next week. When we start scoring goals I’d back us to win plenty of games.” 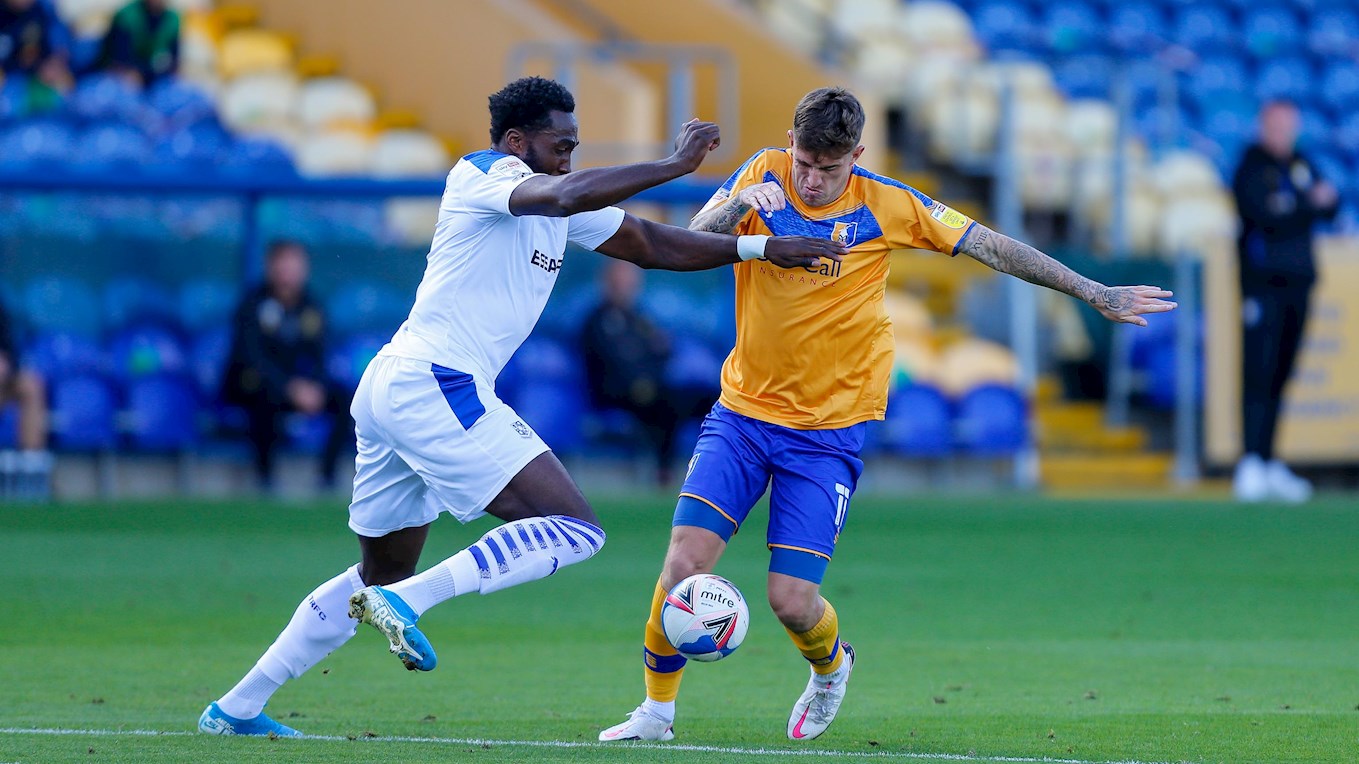 The ex-Walsall frontman also explained his new-found fitness levels after returning to action from a nationwide lockdown.

“In lockdown I got myself out doing stuff,” he detailed. “Last season was a frustrating year for myself. I went on loan to Tranmere and I just wanted to come back and play for Mansfield.

“I’m contracted for Mansfield so that’s all I wanted to do, score goals and do well.

“I feel good. Last year I think I only started 10 league games and that was frustrating but now I’d back myself not to blow up and I think I’ve proved that out their today.”