Defender Farrend Rawson has commented on the Stags’ ‘great team spirit’ ahead of Saturday’s first away game of the league season against Leyton Orient.

The centre-back joined the amber and blue in the summer following a spell with Forest Green Rovers, and has already been impressed by the togetherness within the Stags’ camp.

Rawson says that Saturday’s performance against Tranmere is ‘something to build on’ and that Mansfield want to continue improving as a collective.

“Collectively I thought it [Tranmere game] was a marker [put] down for us really – I think it was something to build on and was a solid performance,” he told iFollow Stags.

“As a squad, we’re very ambitious and we want to improve all of the time. There is room for improvement all over the pitch, but like I said, we’ve put a marker down early doors with a solid performance.

“We all want to improve and push ourselves, so hopefully we can step it up a gear and go even further. 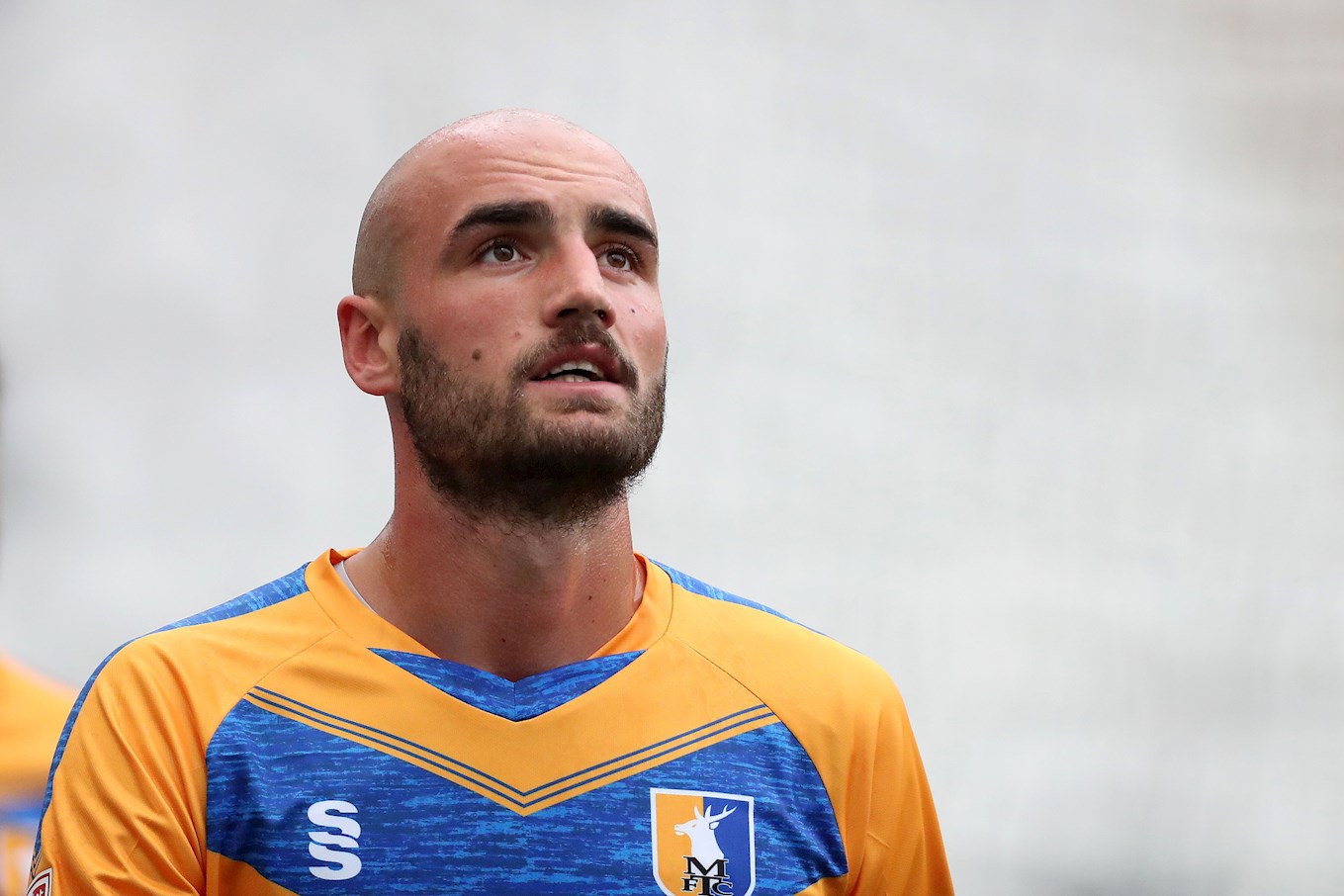 “The gaffer [Graham Coughlan] and the coaching staff have given us a really good pre-season. There is a great team spirit and we have a great set of lads.

“I’m obviously [a] new [signing] and I’ve been really welcomed – I feel comfortable and everyone is backing each other.

“We have a great team spirit and hopefully that can push us forward if times get hard or things are going well – we’ll always stick together and keep pushing ourselves.

“We’ve had a really good pre-season – we’ve had loads of things drilled into us and we all know our positions and places. We’re willing to work and learn.

“Hopefully we can keep learning, keep improving and keep pushing in the right direction. That’s all of our aims.

“The gaffer got us in early doors [in pre-season] and got us working hard – the lads have really bought into it. We’ve all worked really hard and we’re all pushing each other.

“We’re all really fit, ready to go and we’re all hungry.”

The 24-year-old also revealed that the players watched the club’s This is Mansfield video ahead of Saturday’s clash with Tranmere Rovers.

Rawson says that the video ‘encouraged’ the team and allowed the squad to understand what being a Mansfield Town player means.

“I’m pretty local – I’m from Nottingham, so I do know a lot about Mansfield. I think stuff like that [This Is Mansfield video] is priceless for the team,” he added.

“We watched it and we took a lot from it. It spurred us on – stuff like that is only encouraging as it allows the lads to understand what the fans are about.

“They [the fans] are hard-working people and we try to replicate that on the pitch. We work hard and we give it our best shot – every game we give it 100 per cent.

“The fans are our 12th man. They push us on, keep us going and are encouraging. When you hear the fans, it can help you push the ball over the line or keep it out of the [Mansfield] net.

“They’re missed and they’re in our minds when we go out on a Saturday or a Tuesday. We’ll continue to give 100 per cent until they can come back when it’s safe.

“The sooner they [fans] can come back, the better. Obviously we need to wait until it’s safe, but in the meantime we’ll continue to give our best to represent them and work as hard as we can.” 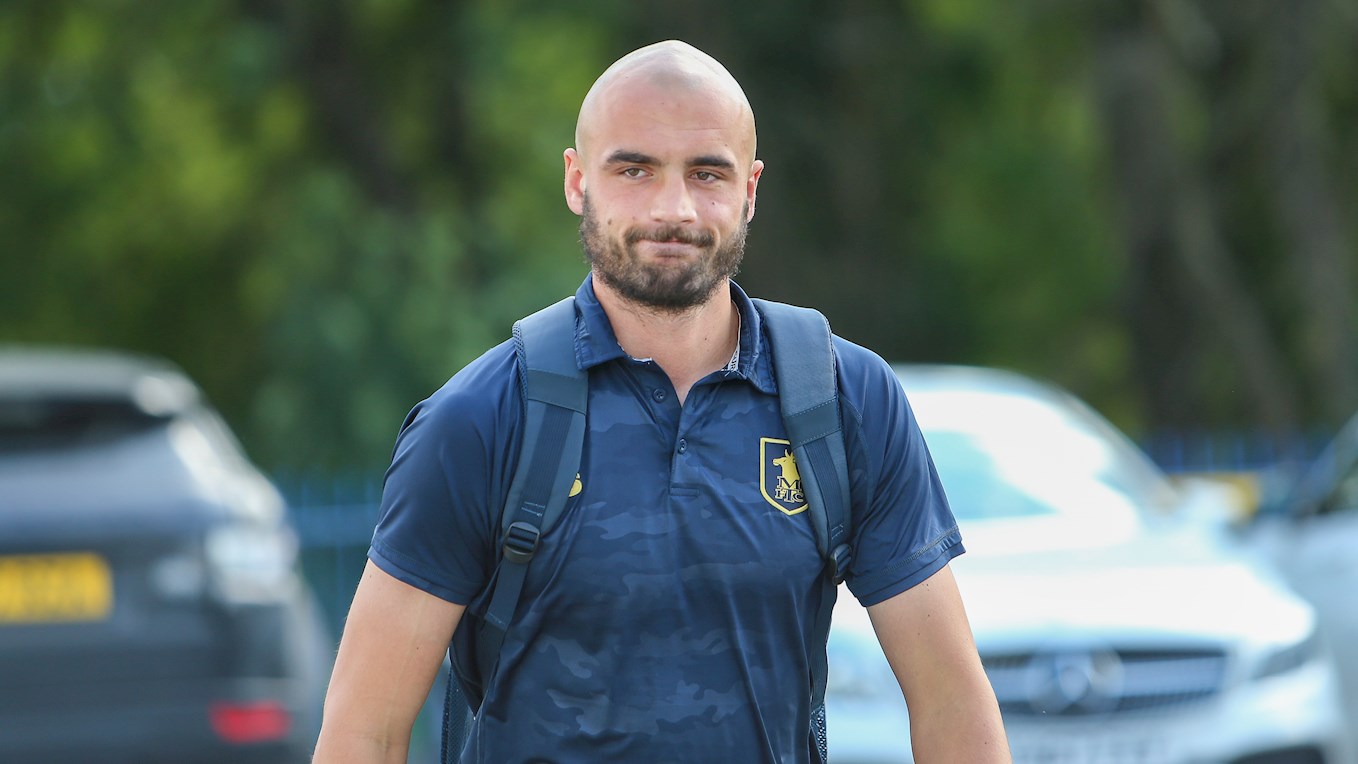 The defender also commented on Stags’ new-look back-three – which he is a part of alongside Ryan Sweeney and fellow new man Rollin Menayese – and the general high work rate of the team.

“On Saturday I had Rollin [Menayese] and Sweens [Ryan Sweeney] next to me and the understanding is just there,” he said.

“We’ll cover each other, work hard for each other and put our bodies on the line. That goes throughout the whole team – defending isn’t just about the back-three.

“You’ve got Jordan [Bowery] and Cooky [Andy Cook] working hard up front, you have the midfield working really hard and you’ve got the full-backs closing down as well.

“We’re all decent lads and are all working hard. There’s a great team spirit all over and at the end of the day, that’s what is pushing us all on.

“It [strikers pressing] helps you set your stall out and encourages you to put yourself on the front foot.

“If you see your team-mates working hard and doing the yards, it encourages you to get with them and push with them.

“We’re a team and we’re all in it together; we all press as one.”

“It’ll be another game which will be tough in all aspects but I’m sure that the gaffer and the coaching staff will get us drilled this week so we’re fully prepared and ready to go.”

Match passes are now available for this Saturday’s Sky Bet League Two fixture away at Leyton Orient. To purchase yours for just £10, click here.