Manager Graham Coughlan has confirmed that the Stags emerged from this evening’s clash with Manchester City under-21s without injury, ahead of Saturday’s Sky Bet League Two opener at home to Tranmere Rovers.

A strike from Adrian Bernabe and a late brace from Liam Delap gave the visitors three points in the EFL Trophy game at One Call Stadium, the first home competitive fixture of the amber and blue’s 2020/21 campaign.

The boss says that he ‘takes his hat off’ to Manchester City’s youngsters after an impressive display, although says the Stags will ‘dust themselves down’ ahead of Saturday’s league match against Tranmere.

“[We have a] clean bill of health,” he began. “Everyone came through it and it’s another game we’ve come through without injury.

“That’s a plus point. No one likes losing a game of football but I do have to take my hat off to Man City.

“I’ll have to pick the lads up as they’ll be hurting, but everyone is now looking forward to Saturday.

“Let’s get over this in the next 24 hours. We’ll have a conversation about the game, we’ll dust ourselves down and be ready for Saturday.

“Ollie got a great goal and I was really excited with how the players played on Saturday.

“The lads went toe-to-toe tonight, but conceded late on which will overshadow the performance.”

The manager says that the final result was ‘disappointing’ after the Stags created a number of chances in the second-half.

“It’s disappointing that we haven’t come away with anything. We really responded well in the second-half.

“I must take my hat off to Man City, I thought they were excellent. The young lads that came here tonight were really, really good.

“I did feel we gave them a little too much respect in the first-half and I let the players know that at half-time.

“Man City managed the game well and the young lads weren’t afraid to put their foot in. It was more physical than I expected.

“We had to give them [players] game time and give some of the young lads a game. We wanted to see where our young lads were in comparison.

“I was relatively pleased with one or two tonight. The result will overshadow the performance, but on another night we could’ve had one or two.

“I did feel if one [of the opportunities] goes in the net, we would’ve ran [away with it as] outright winners. 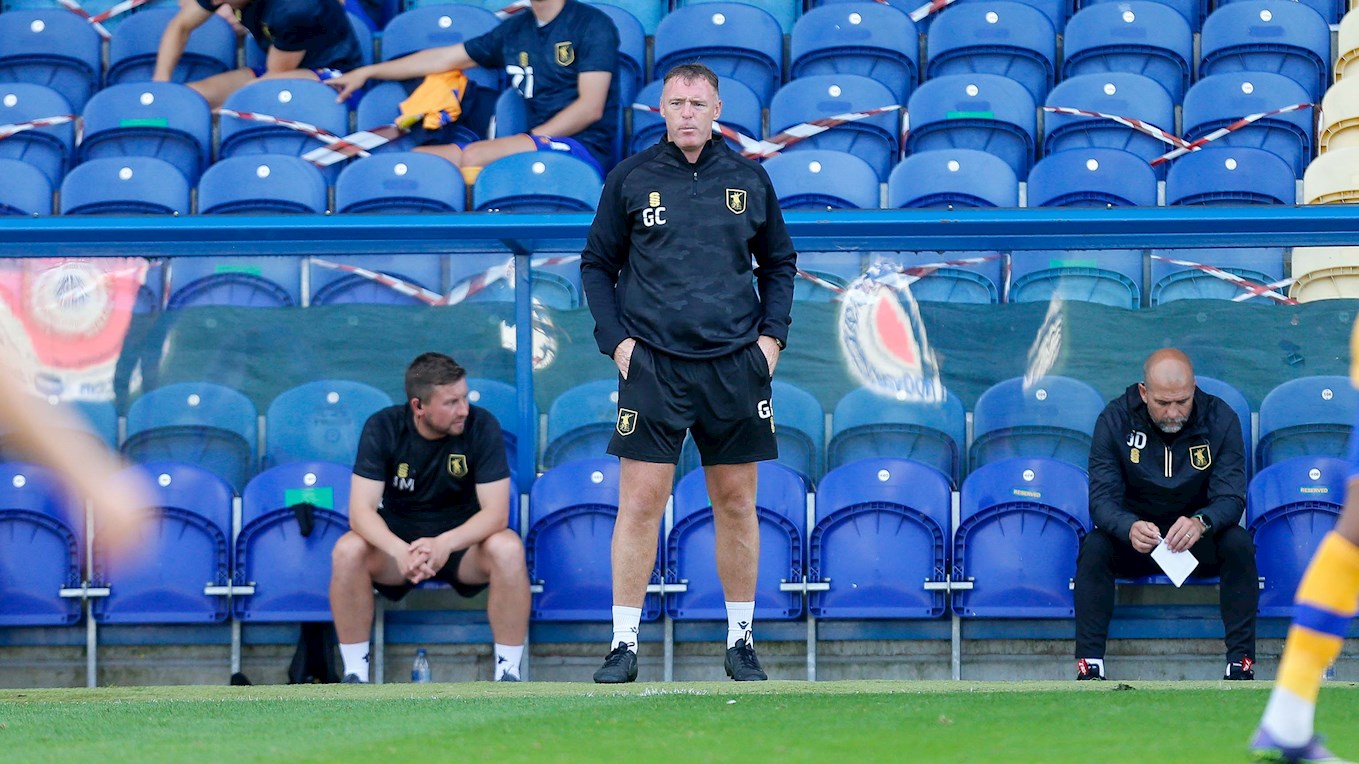 “But at the end of the game we were stretched and threw one or two bodies forward, and one or two little errors cost us.

“I did think we got to grips with them, got in behind and hurt them on occasion.”

Looking forward to Saturday’s big match at One Call Stadium, the boss says he is ‘happy’ with what he is seeing from his squad ahead of the weekend’s fixture.

“We are [a] young [squad] and we do get moments of naivety, but that is part and parcel. We’re not a bad team at this moment in time.

“We’ve been hit hard as the fixture list hasn’t been kind to us – but we’ll have a different mindset and mentality come Saturday.

“We’re all ready to go and we’re not in a bad place, irrespective of tonight’s result.”

iFollow Stags subscribers can watch the manager’s press conference in full by logging into mansfieldtown.net/ifollow later this evening.

To purchase your match pass for Saturday’s league fixture at home to Tranmere Rovers, click here.