After watching his side ‘start like a house on fire’ in today’s loss to Exeter City, manager Graham Coughlan has reflected on what turned out to be a ‘poor day at the office.’

Stags took the lead on 20 minutes through defender Rollin Menayese, but eventually fell to their first league defeat of the new campaign following an own goal from Farrend Rawson and a Josh Key header.

The boss says that his side ‘didn’t do enough’ to win today’s match at One Call Stadium.

“It was very disappointing to be honest,” he told iFollow Stags. “We haven’t coached them all week, Monday to Friday to just kick the ball and smash it forward.

“That’s not what I wanted to see and I don’t know why we fell into that. I need to sit down with the players on Monday because that was a bitty, lacklustre performance that we can’t have.

“We coached them to get the ball down and play, and I just didn’t see any of that from my team today. We just weren’t at the races. 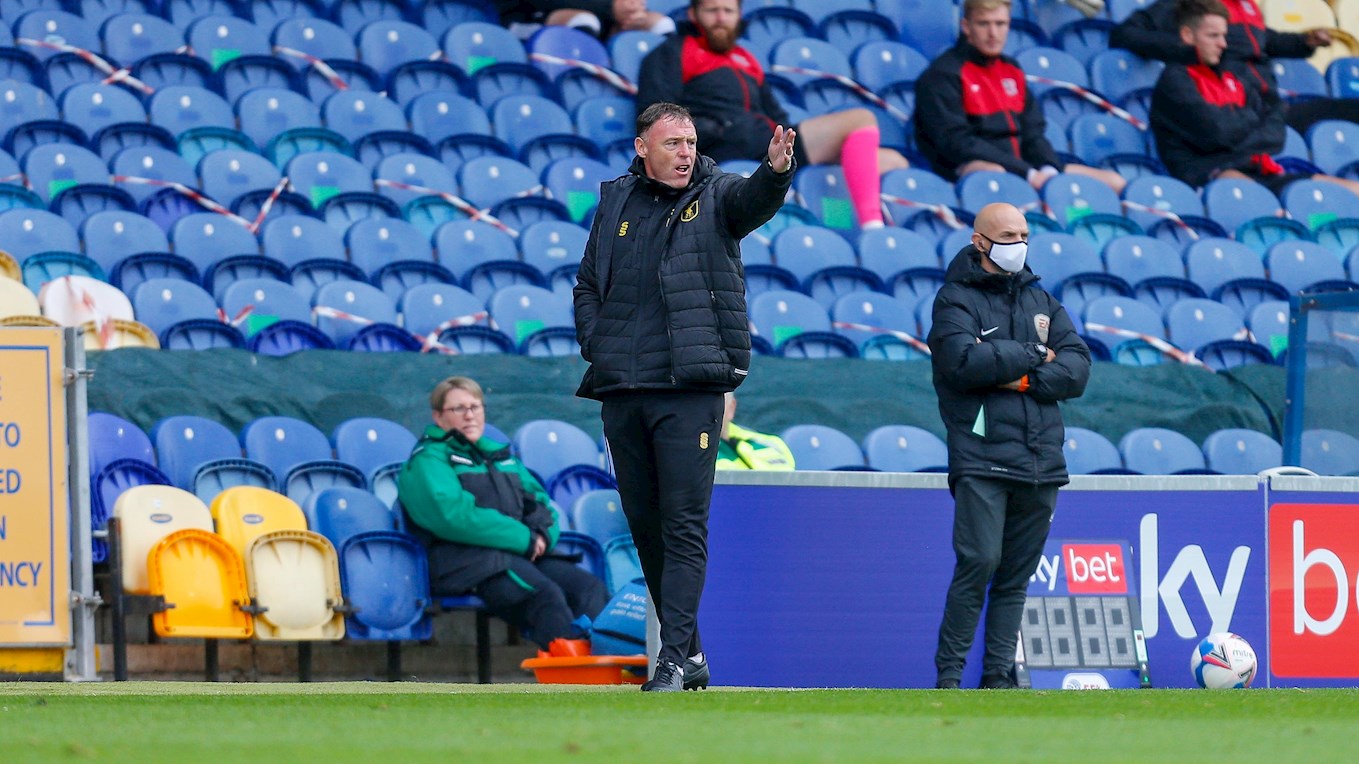 “When you go 1-0 up, and you’re not having a good day, you use your head, make better decisions and make sure your [opposite] man doesn’t have a good day either.

“It was a poor day at the office, to be quite honest. We started like a house on fire, but then all of a sudden, we go on the back foot.

“Their goal was a pivotal moment in the game. It seemed to sap the energy, the confidence and the belief out of us.

“All-in-all, we didn’t play well today and we didn’t do enough to win the game. To lose by two goals from set pieces is bitterly disappointing with the size that we have.”

The manager also looked back on the two Exeter goals, which both came from corners. 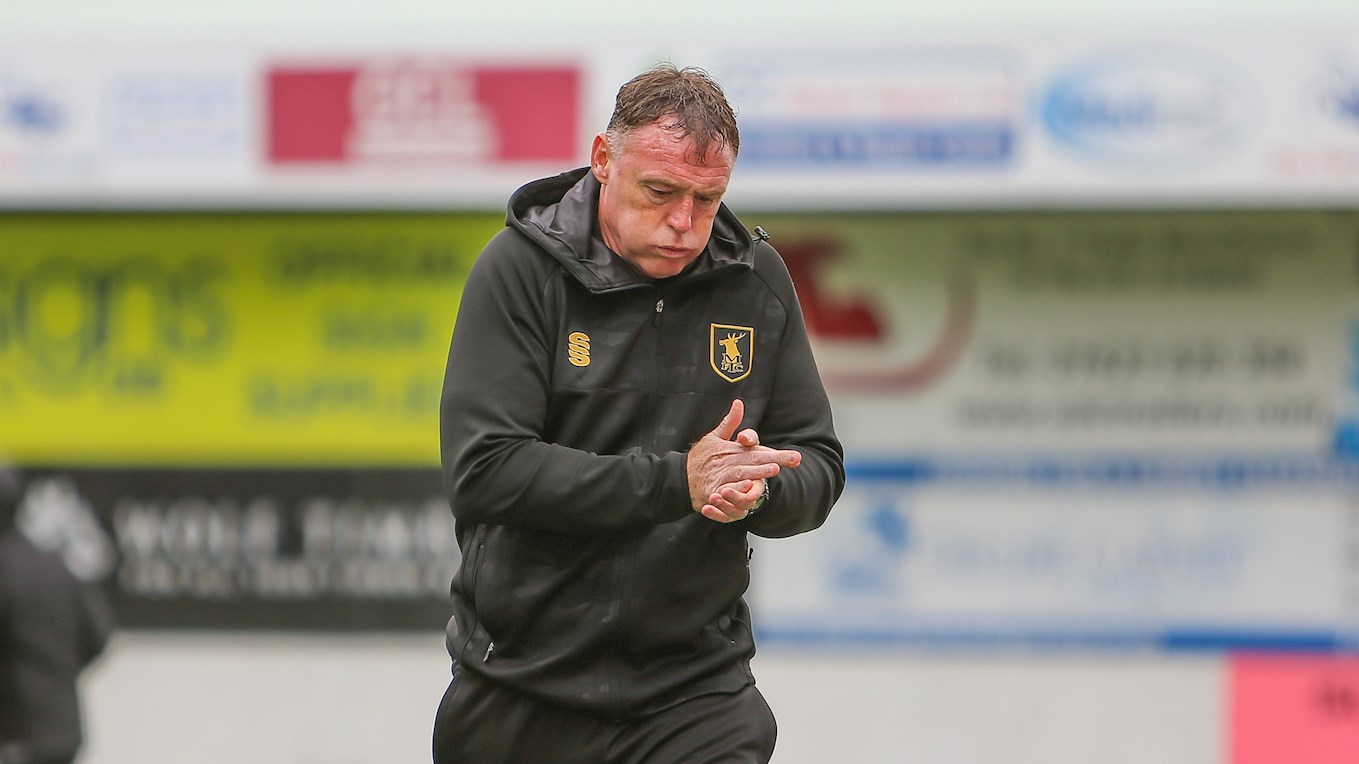 “We didn’t mark our men and didn’t make the first or second contact in the box,” he added. “I have a goalkeeper who is six-foot-two and defenders that our six-foot-one.

“So I’m expecting them to win headers in our own six-yard box – I shouldn’t be having worries when teams are putting balls in our box.

“We conceded two goals from two corners – it does happen – but those boys better realise that it can’t happen too often.”

Graham Coughlan says that he wants to see his players ‘step up’ in the weeks ahead.

“Let’s not make excuses. We were poor today and didn’t play well. When we go 1-0 up, I expect us to make better decisions. 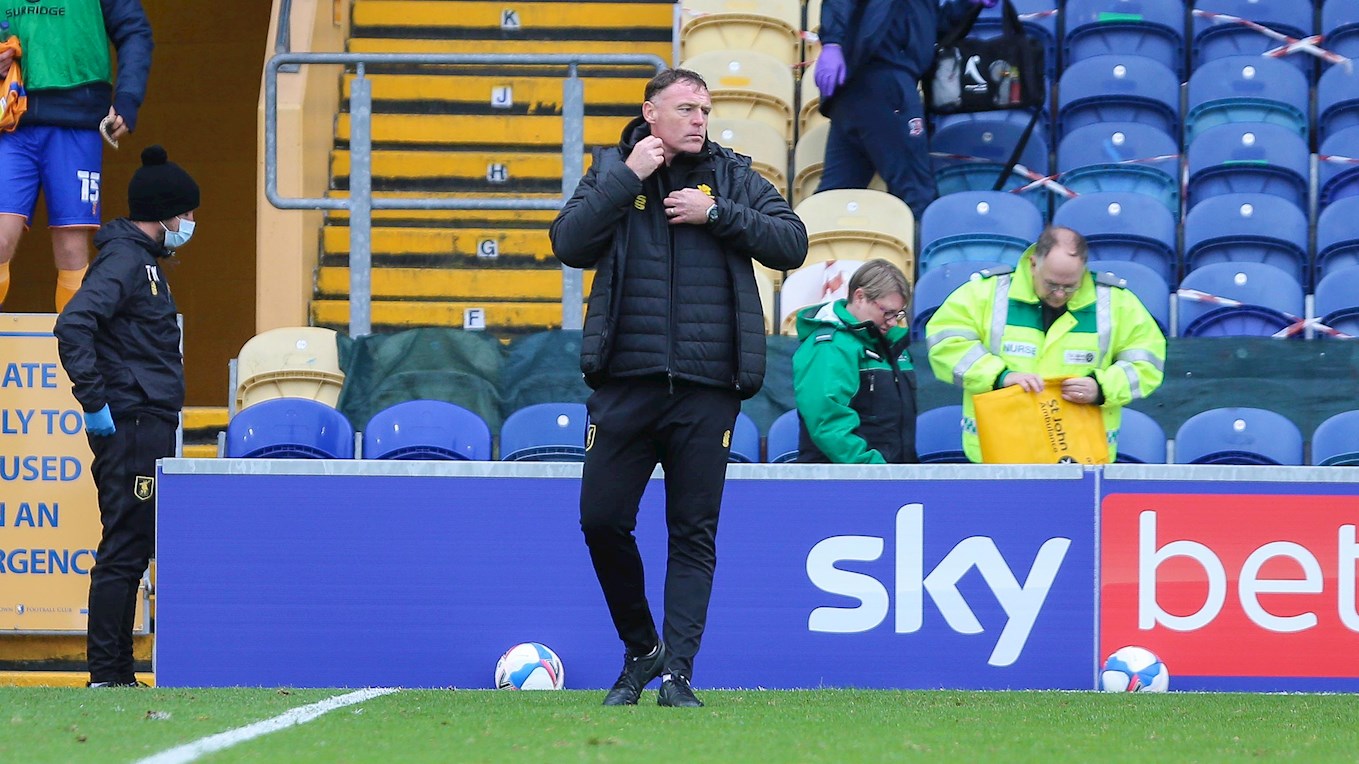 “We looked tense and nervy, and we are far better than that. We played well against Tranmere and in the second-half against Leyton Orient.

“I’m most aggrieved with the softness with which we conceded today. I’m calling for the leaders in the dressing room to stand up and the boys to be brave.

“I’m calling on the lads to dust themselves down and react exactly the way Exeter reacted today.

“We better not have too many days like that – I want men to step up. I want bravery, I want people to get on the ball and I want people to start producing on a Saturday what they produce Monday to Friday.”