Centre-back Rollin Menayese says that ‘small margins’ are standing between the Stags and their first victory of the season.

The defender has appeared in every competitive match for the amber and blue this term after joining from Bristol Rovers in the summer.

Menayese says that Mansfield have the players ‘capable’ of producing an upturn in form.

“I feel like the start to the season could have been better – as a collective we think that we could’ve taken a couple more chances,” he said.

“We just have to look forward to the next game and try to put things right. There are moments in games where we dominate and we should try to maintain that for longer. 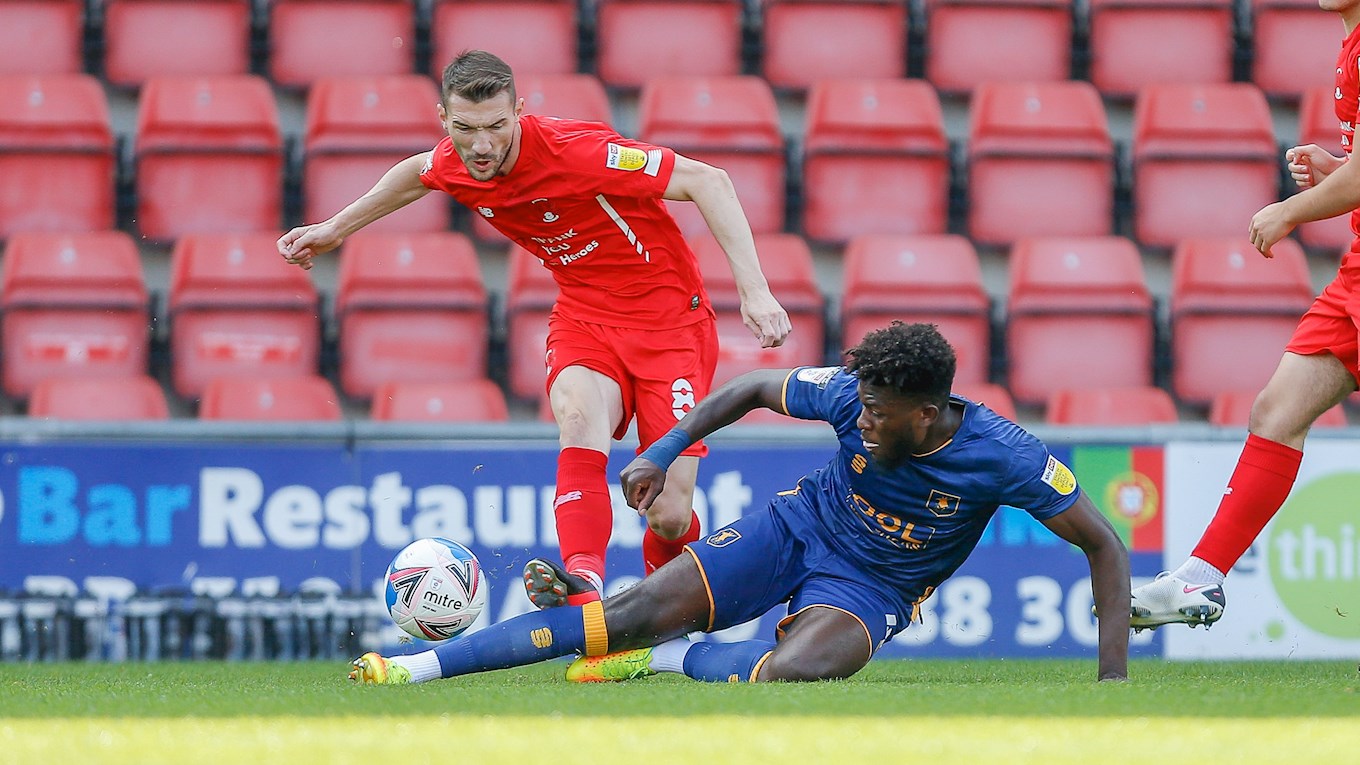 “The first game [Tranmere] was a good start to the campaign, the second game [Leyton Orient] was disappointing to be 2-0 up and to concede two late on.

“It’s just small margins that we need to work on to improve and we have the players that are capable of putting that right.

“I feel like the majority of the time, we’ve defended well. It’s just the small margins we need to improve on, to tighten up at the back.”

Last time out, the defender scored his first professional goal, something he describes as a bittersweet moment after the Stags fell to a 2-1 defeat against Exeter.

“On a personal note I was delighted to score as it was my first professional goal, so it meant a lot to me and my family. 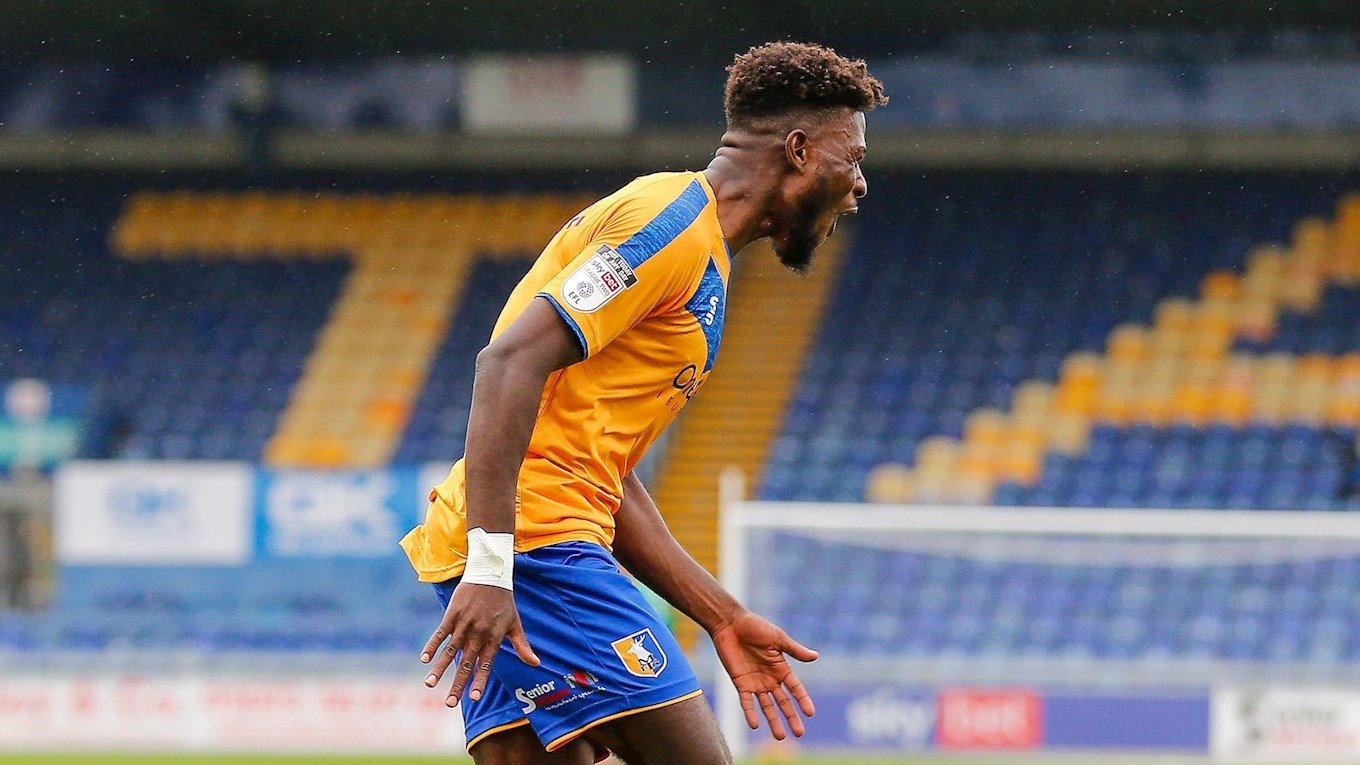 “But obviously it was disappointing to not get the three points at the end. We’ve analysed the game and we hope to put it right next week.”

The 22-year-old was one of 11 new faces to sign for Mansfield over the summer, and believes that the new recruits are starting to gel on the training field.

“There is a good changing room [here] and there is experience in the changing room as well. The boys are very confident – we’re not going to let one defeat get us down.

“Everyone is ready to make sure that it doesn’t happen again this week. I feel like training is always intense and they [training sessions] do feel like games.

“I just feel like on matchdays, we need to concentrate and be more relaxed in possession. If we do that, you will see what we’ve been working on in training come through on matchdays. 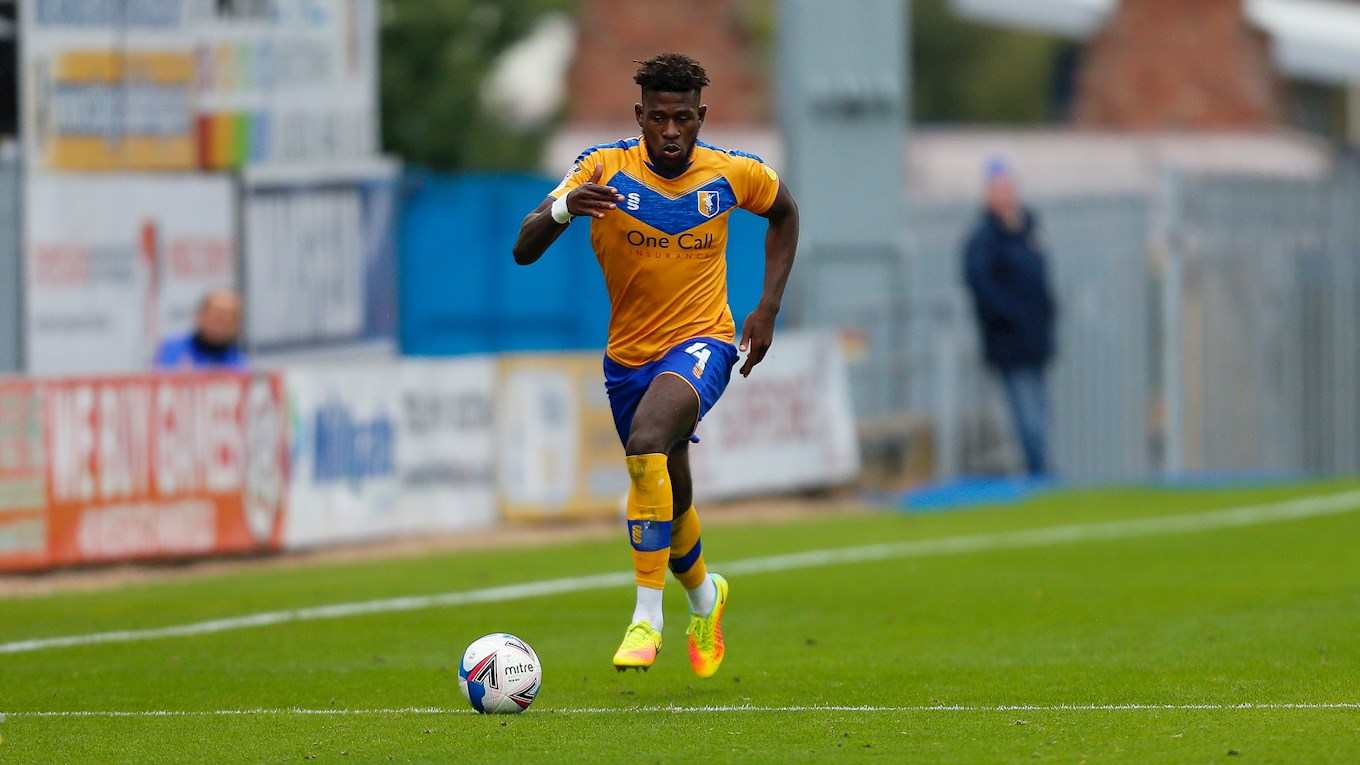 “I feel it’s natural when a new group comes together for it to take time, but we can’t make excuses. We need to go out there on Saturday and put on a performance to get a result.

Menayese says he is ‘looking forward’ to this weekend’s game in Newport, a place he knows well after growing up in South Wales.

The defender, who appeared against the Exiles on loan at Swindon in 2018, said: “I played against them [Newport] with Swindon. I’m looking forward to going back as I grew up watching them.

“It’s always a game I’ll look forward to and hopefully we can get a result. They are a very confident team with a few wins under our belt. 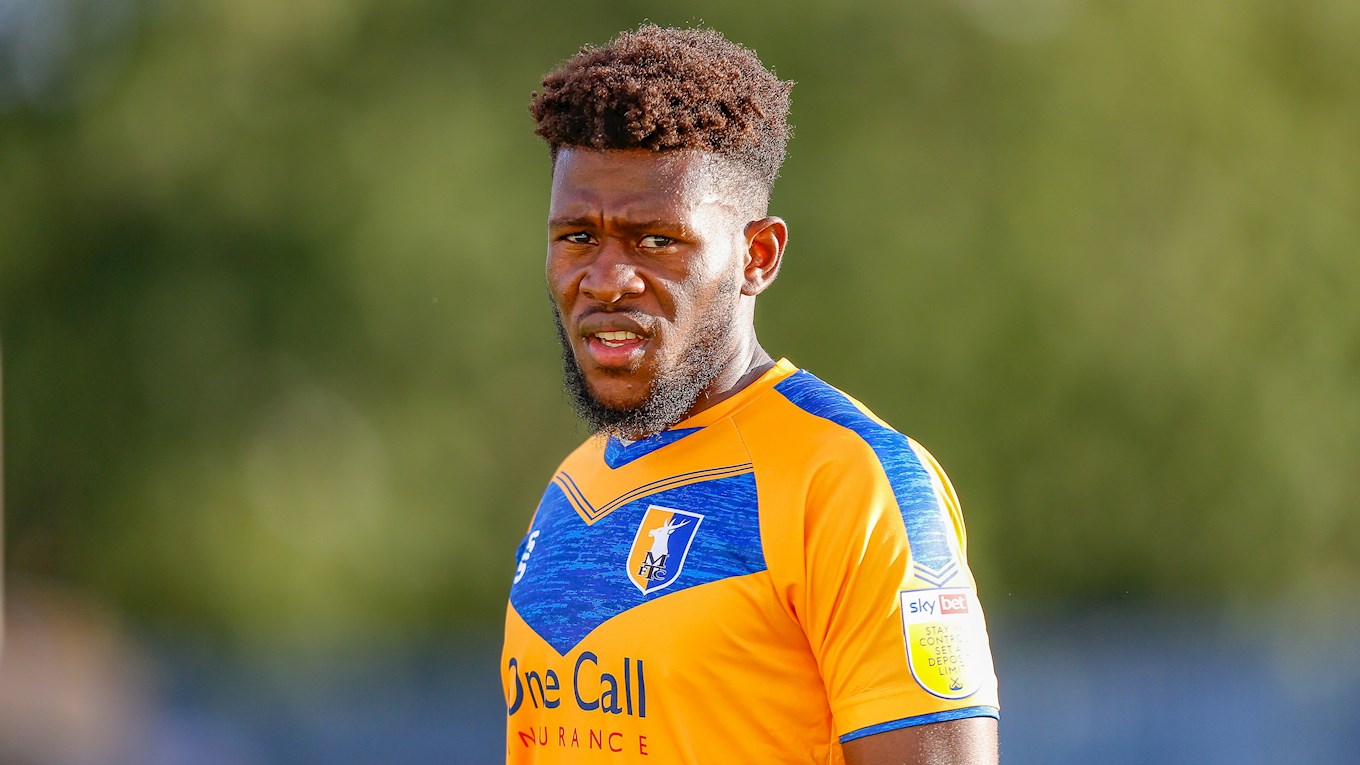 “You know when you go down there you’re not going to have an easy day, so as a defender you have to be switched on and ready for whatever they throw at us.

“I think we’re capable of going there and getting three points. I feel like if everyone is at it, we’re more than capable of getting a result there.

“But it won’t be an easy game as they are a good side in good form.”

To watch Rollin Menayese’s interview in full, log in to mansfieldtown.net/ifollow later today.

Match passes are available now for Saturday’s game at Newport County. To get yours for just £10, click here.