Striker Nicky Maynard says the Stags must remain ‘positive’ and ‘stick together,’ during what he describes as a ‘fresh start’ for the team.

Last season’s top scorer has endured a frustrating start to the campaign, similar to that of the team, who are yet to register a victory this season.

Maynard, 33, gave his verdict on the season so far in Thursday afternoon’s news conference at The RH Academy – the club’s training ground.

“The lads feel responsible for what’s happened [following the departure of Graham Coughlan as manager]. Results haven’t been good enough and the lads haven’t put the performances in,” he told iFollow Stags.

“I thought we started well [against Barrow], but then a lack of concentration leads to a goal, which has been the case for most of the season.

“We go out there with all the intention of doing well and to get the three points, but it just hasn’t been the case. 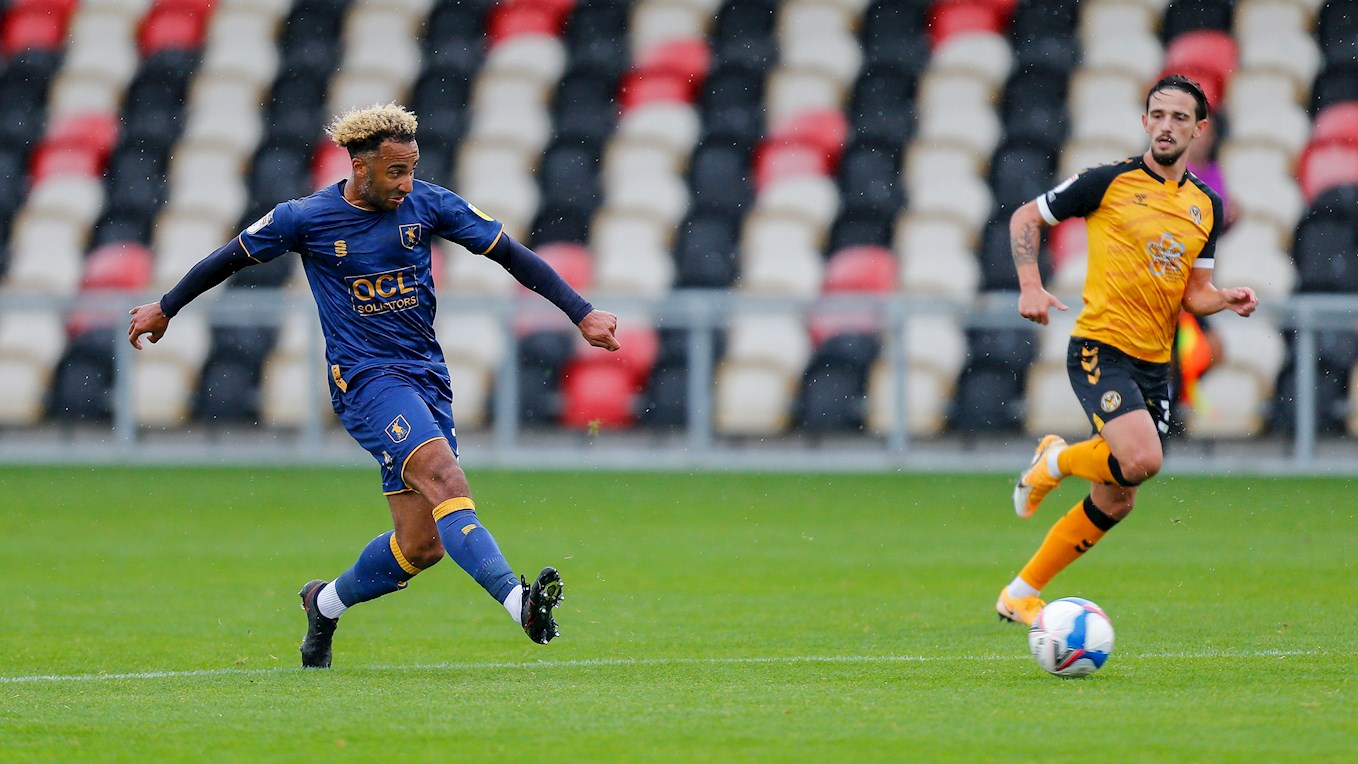 “Hopefully now, with the few changes that have happened, we can have a fresh start and see where that takes us.

“It’s been a very, very poor start to the season. At the start of the season we expected to be up there.

“But it’s a tale of both boxes – we’ve been sloppy in the defensive box with silly mistakes, and in the offensive third, we’re not creative enough.

“We have a fresh start now – we need to wipe the slate clean and go again. We have to remain positive, brave and stick together.”

Discussing caretaker manager Richard Cooper, Maynard spoke in detail of how the stand-in boss wants the Stags to play with a ‘smile on their faces.’ 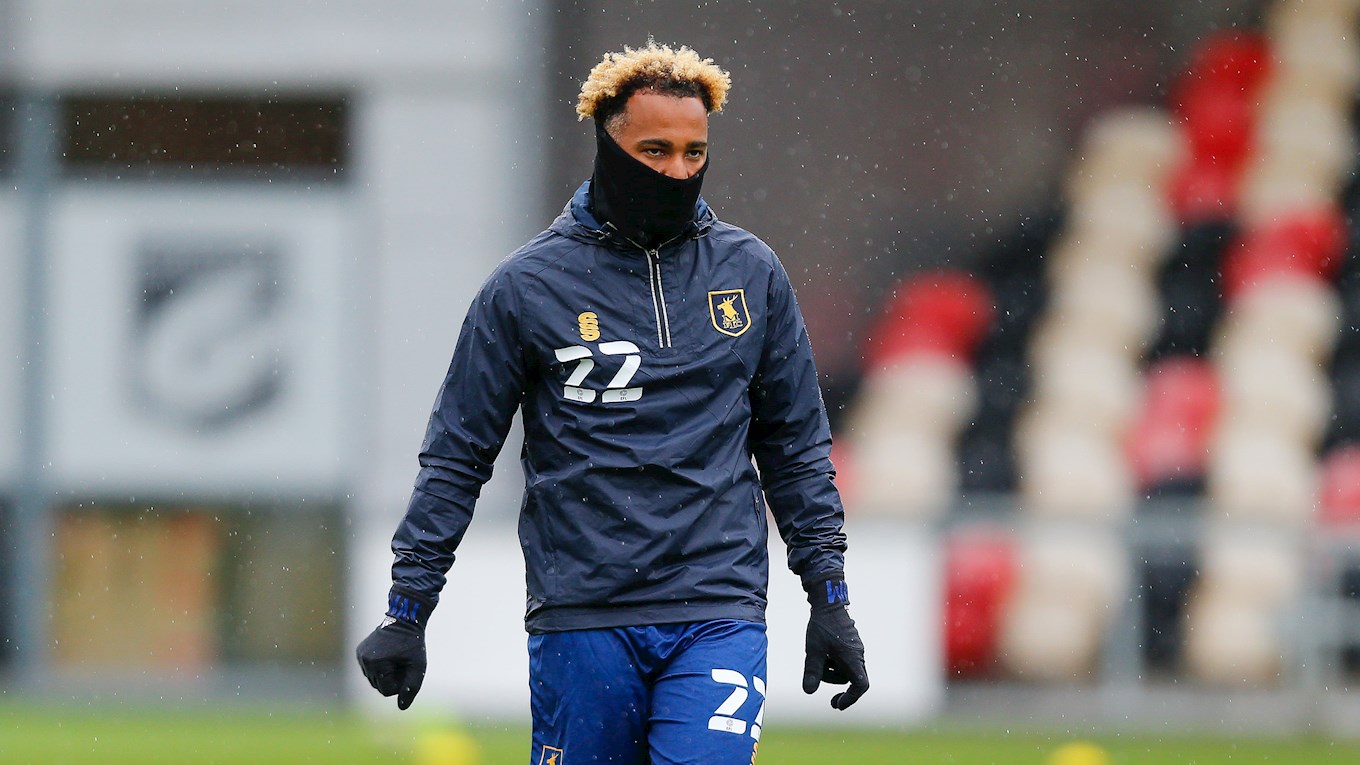 “Coops [Richard Cooper, caretaker manager] has had us in, and said first and foremost, he wants us to play with a smile on our faces,” he explained.

“It’s time to play and enjoy – and hopefully enjoy getting that winning feeling back. Training was bubbly and lively – there was a couple of things that Coops put on that we haven’t done for a while.

“The boys are buzzing to play with a smile on their face – scoring goals, having teams playing against each other and having forfeits and whatnot [in training]. 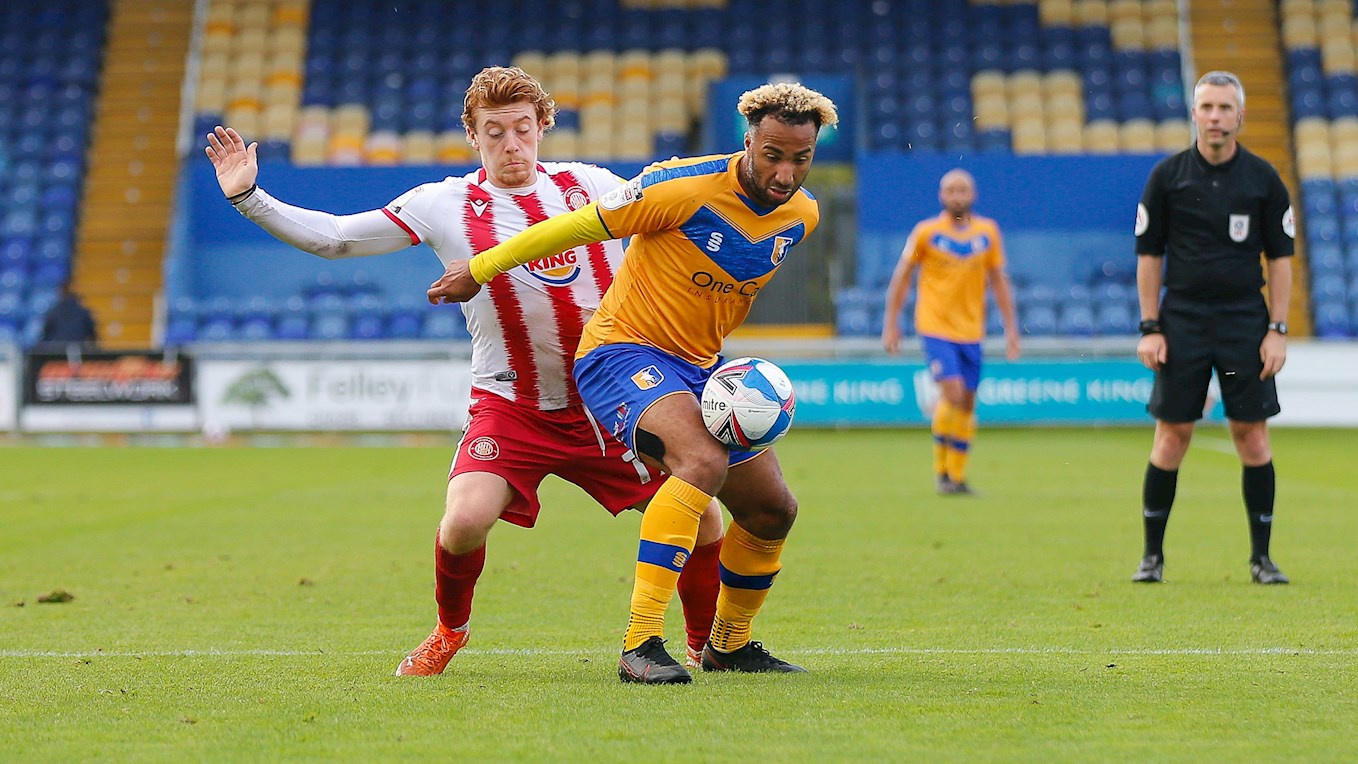 “It’s been a bit quiet and a bit tense over the last few weeks, and maybe that’s because of results and the way we’ve been playing, but it feels like a weight has been lifted for the lads. We can’t wait to get going on Saturday.”

The former Cardiff and West Ham striker also revealed details of a meeting between the players and CEO David Sharpe on Wednesday morning.

“David [Sharpe] had us in and he said it’s not been good enough and things needed to be changed,” added Maynard.

“He said he wouldn’t rush into making the decision on who will be in charge. He asked us what it was like around the changing room and why the performances were how they were. 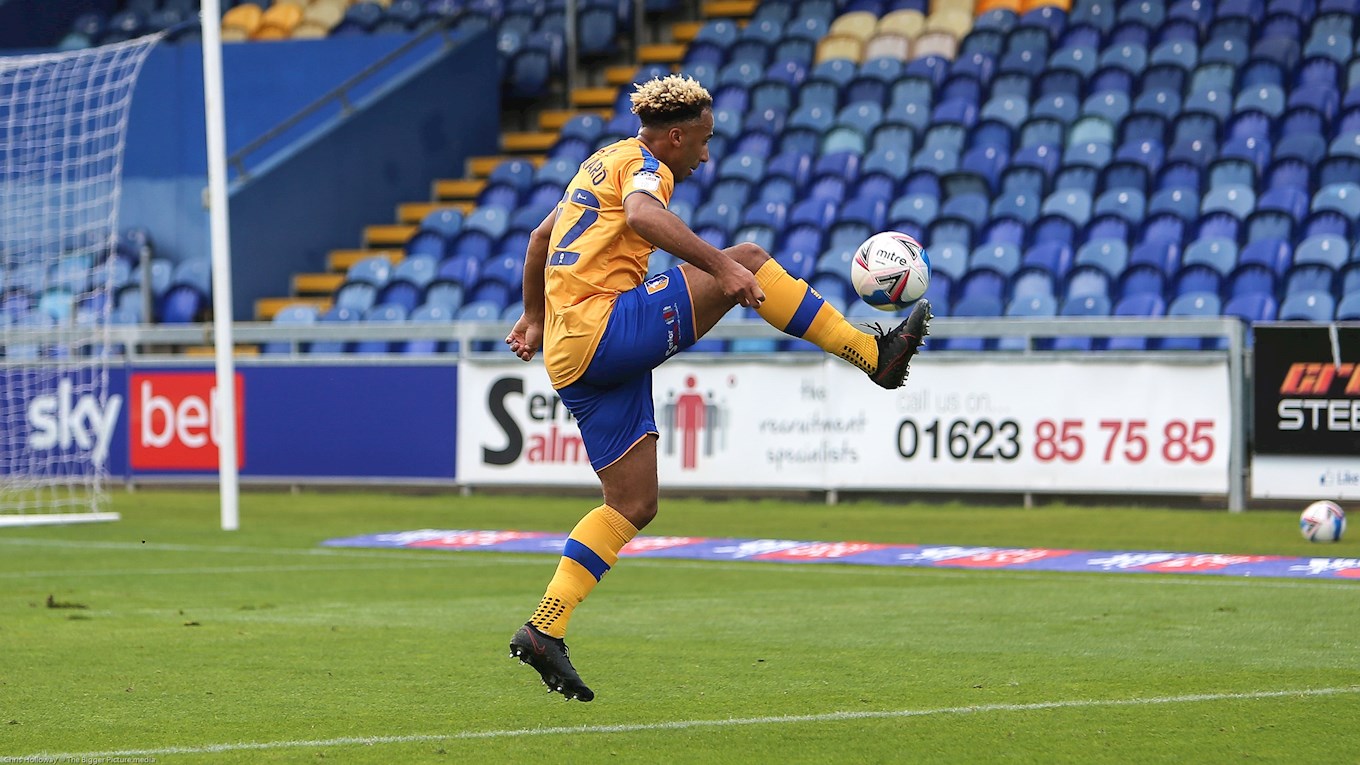 “He wants us to enjoy playing football – like Coops said – and take it from there.”

Match passes are available for Saturday’s game against Walsall for just £10. To get yours, click here.