Striker Nicky Maynard highlighted a ‘positive’ performance after earning a battle-hardened point against Walsall at One Call Stadium on Saturday afternoon.

The Stags found the breakthrough following the half-hour mark when Maynard’s instincts kicked in to latch onto midfielder George Lapslie’s miscued volley.

And despite frontman Elijah Adebayo levelling proceedings four minutes into the second period, the No. 22 believes it was a positive all-round display that showcased bravery and freedom in abundance.

“I think we were very positive on the ball going forward and we always wanted to get on the ball from the back, to midfield, to the front,” he told iFollow Stags.

“It was a very enjoyable game – even though it was another draw – the lads have been talking in the changing room about it and we’ve come out of it thinking we’ve done very well. 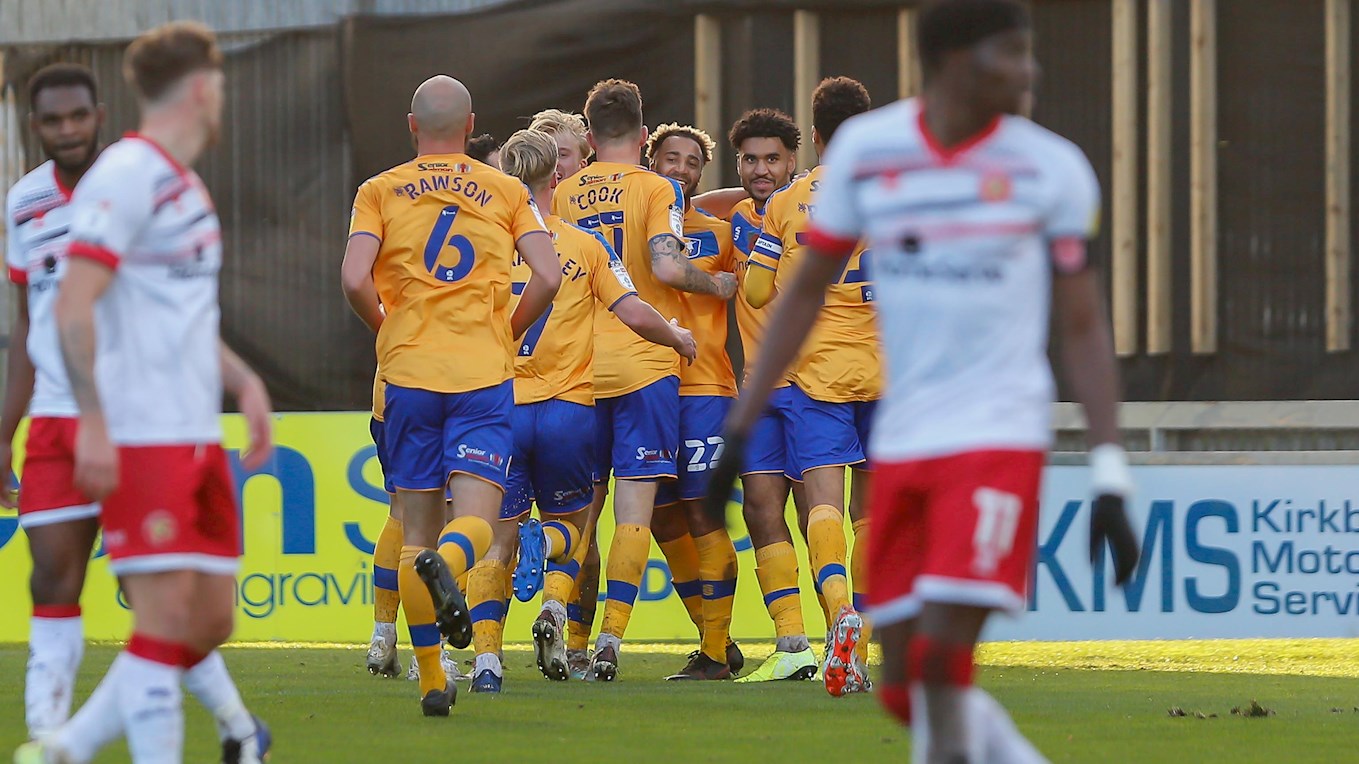 “We backed each other to get on the ball and be brave like we spoke about. There were no disappointments.

“Everyone wanted to play forward and if it didn’t work [try and] do it again and again. I think it was a good team performance, it was just disappointing not to get the three points.”

The former Bury man described how he was able to anticipate the opener but remained disappointed at spurning a gilt-edged chance midway through the second period.

“I’d say [it was] a composed finish. I was just banking on the rebound to be honest.

“It was Lapslie that shot, mishit and I’m always in and around on the shoulders to anticipate a rebound or a misplaced shot. It was nice to see it hit the back of the net. 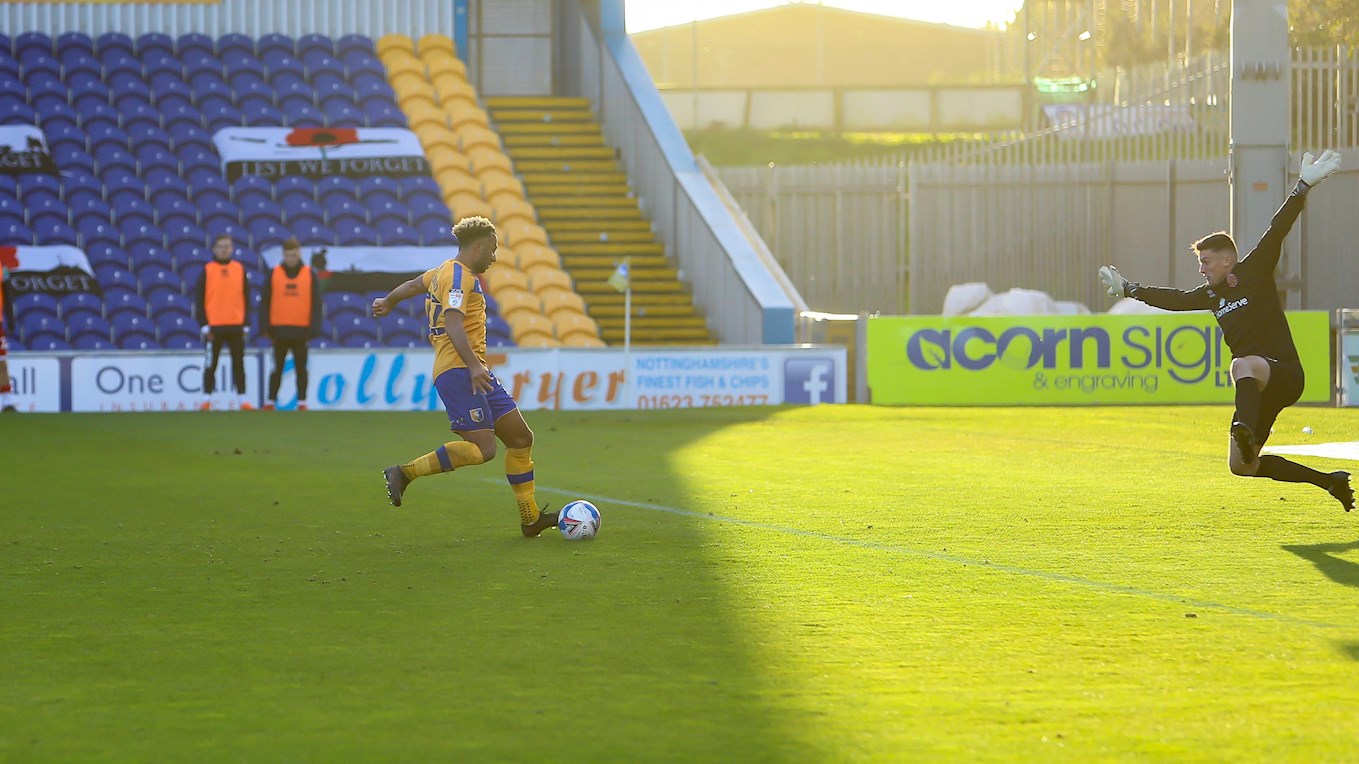 “[Andy] Cook’s then won a header at the back post, it’s come across and I’ve snatched at it a little bit.

“The goalkeeper has then made a good save but from my point of view I was disappointed not to get a good connection more than anything."

The 33-year-old now feels as though the Stags can carry the positivity found against Darrell Clarke’s men into Tuesday evening’s trip to Bolton Wanderers. 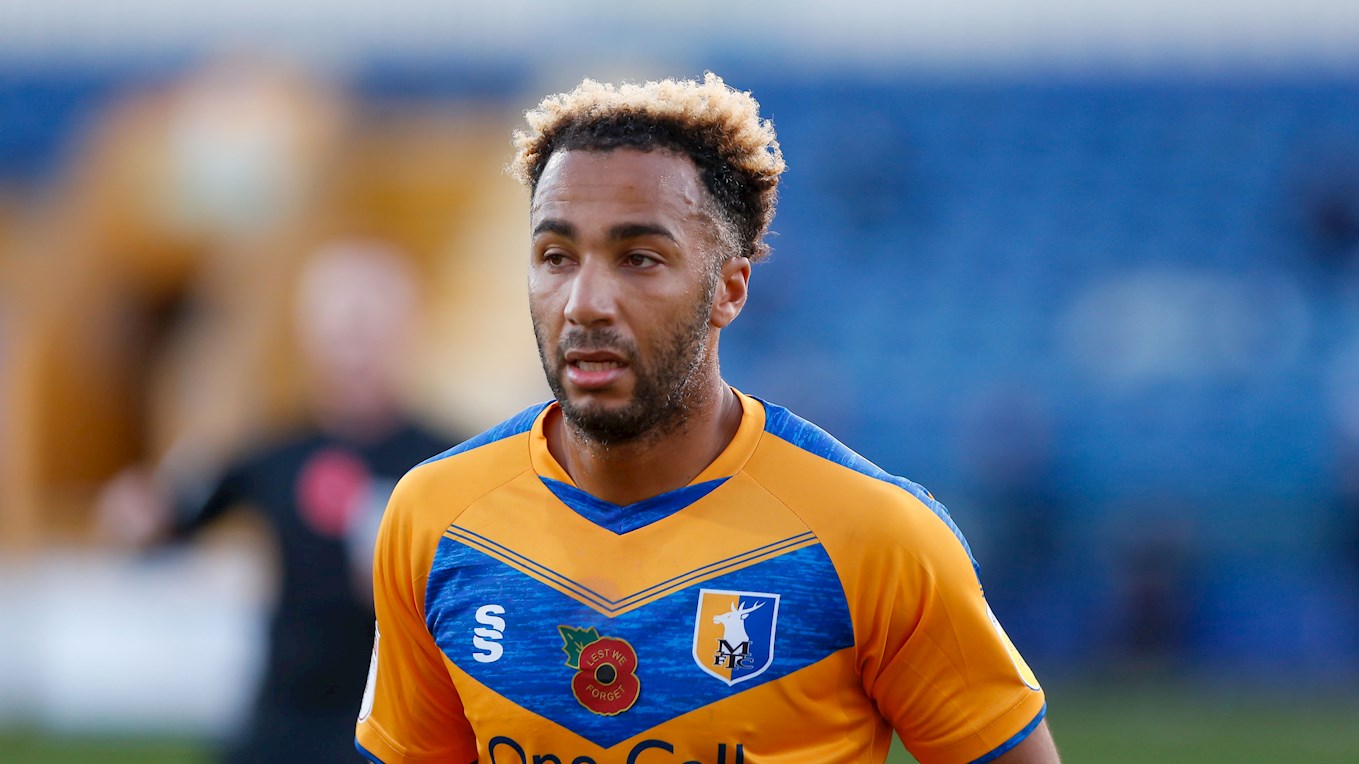 “The performance gives the lads a massive lift,” he explained.

“They’ve come off the pitch saying that they’ve enjoyed the way we tried to play, but we don’t have those three points which is a monkey on our back.

“We can go into Tuesday’s game very positive with the intent of coming away with three points.”