Manager Graham Coughlan says today’s clean sheet against Stevenage gives the Stags ‘a platform to build on’ heading into next week’s home match against Bradford City.

The Stags hit the woodwork in both halves of today’s match at One Call Stadium; Harry Charsley (pictured below) struck the post in the opening period, before fellow midfielder George Maris saw his effort agonisingly hit the underside of the bar in added time.

The boss says that ‘on another day’ his side would have taken more than just a point from the match, and that his side can take confidence from laying a ‘ghost to rest’ by holding onto their clean sheet.

“It was very similar to Tranmere, I think we were the better team” he began. “They were celebrating at the end, and that will give you a marker to how we’re thought of in this division.

“It was always going to be a tough, stodgy affair. They changed their shape as Tranmere did to nullify us.

“At the end, there was only one team that wanted to win that game. We hit the post and we hit the bar.

“Over the last week or two, we leaked one or two goals and that will be playing on players’ minds. Today they looked a tad nervy, but they’ve got through it and got the clean sheet. 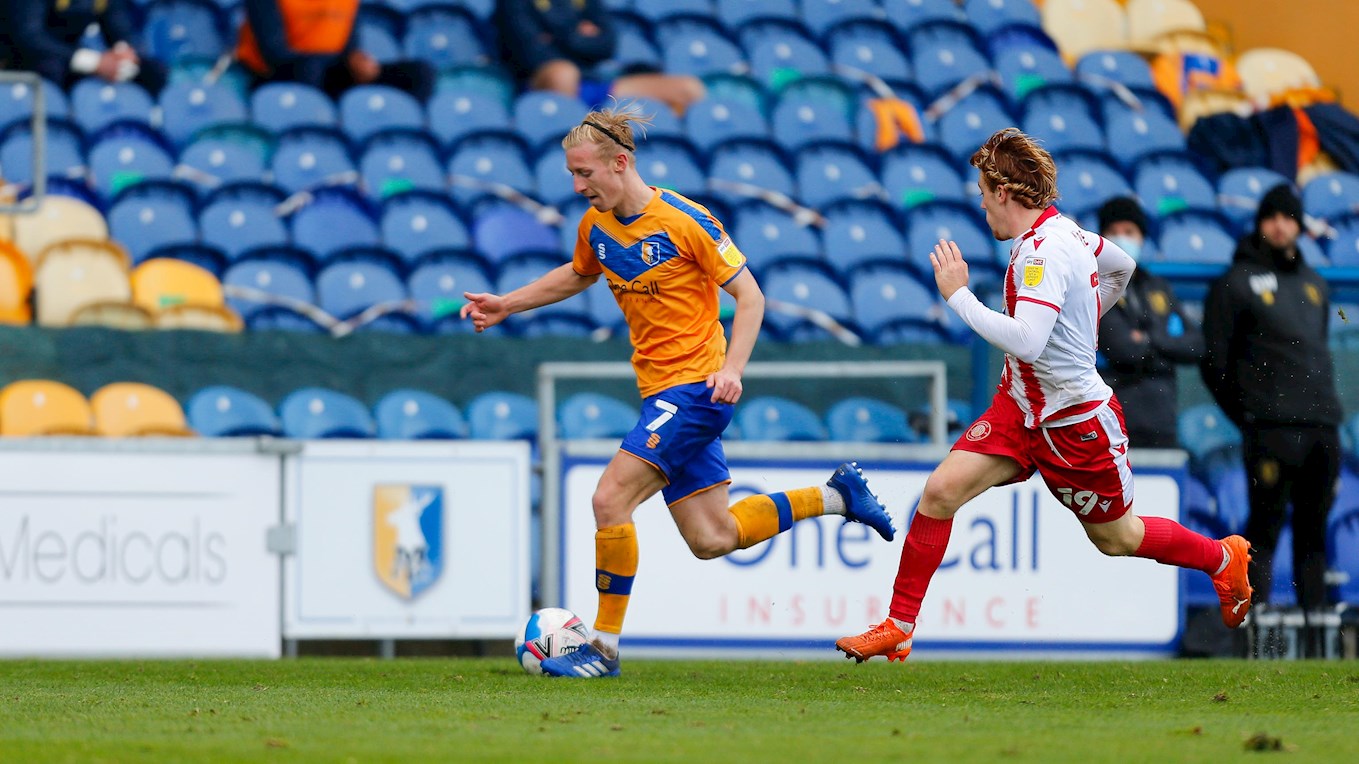 “We created some opportunities and on another day they go in the net. I wouldn’t say I am satisfied [with the performance] as we want to win football games.

“Given the last couple of weeks, we’ve laid a little ghost to rest as we’ve shown we can hang on and that we can keep clean sheets.

“It gives us a platform and something to build on leading into Bradford next week.”

Graham Coughlan says his side will have drawn ‘confidence’ from today’s clean sheet.

“We’ve let one or two crazy moments [happen] and we’ve had one or two daft scenarios [in the last few games].

“For a small percentage of the last five minutes I did think ‘here we go’ but the lads dispelled that and put it to bed.

“Hopefully now, we can dispel the ghost that, as players, they do run around your heads. Hopefully we’ve got rid of that tag [conceding late] and we can push on from here.

“It was difficult trying to break a red wall down [today]. Whether we like it or not, teams will come here and bank up, consider coming away from here with a point as a good result.

“I would’ve liked a win, as there has been a little bit of negativity around. Hopefully we can go into Bradford having picked up a bit of confidence today.” 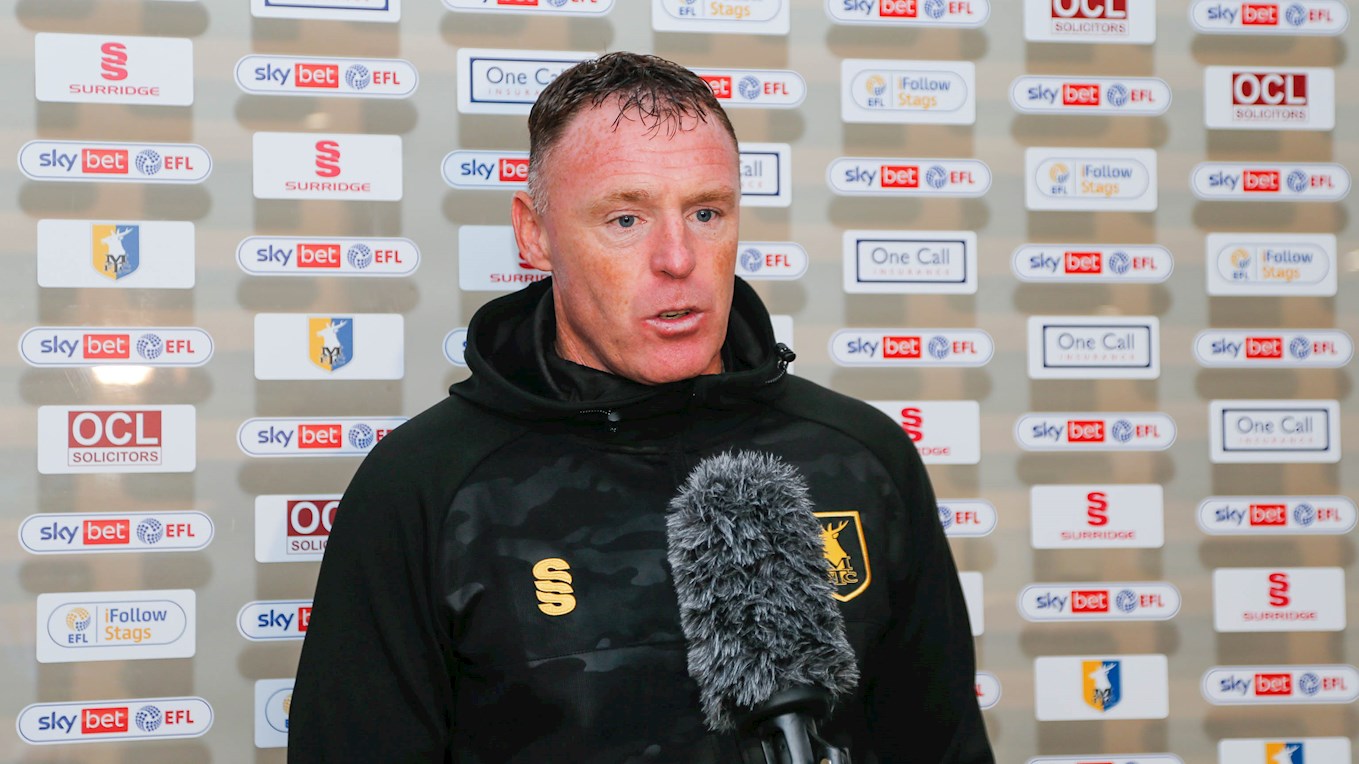 There was also an update on wing-back Stephen McLaughlin, who was substituted in the second-half, along with a word on potential transfer activity from the boss.

“He [Stephen McLaughlin] got a knee in the ribs, we don’t know how serious it is.

“We wanted to give him another chance in the second-half so he went out, but didn’t last too long.

“We’re trying to get players up to speed with fitness levels then that happens. I just wish we’d have all been together from the off.

“We’ll have to maybe look and address one or two areas of the team at this moment in time as we’re light on numbers.

“I think we have to [utilise the transfer market]. We’re very light and we want to look to improve one or two areas of the pitch.

“Looking at the [EFL] Trophy games, I do think we need one or two reinforcements. Like I say, it’s something we’re looking into.

“We would certainly want to be looking in the midfield or attacking areas of the pitch. We are light in midfield, so that could be an area that needs looking at and addressing.”