Manager Graham Coughlan has offered his post-match thoughts on this afternoon’s 2-1 defeat away at Newport County.

The Exiles’ winner came in a controversial manner, with Dolan finishing from the spot after referee Samuel Allison awarded a contentious penalty for an apparent Rollin Menayese handball.

The boss says his side’s ‘basic errors’ spoiled an encouraging performance away from home.

“We shouldn’t have been in that situation [when penalty was awarded],” he told iFollow Stags. “It’s another basic error, whether it’s a refereeing error or an individual error from us that’s cost the two goals.

“Until we eradicate those [errors], we can’t be talking about referees or performances – there are too many basic errors. “We’re doing some daft things at vital times in games. We need to stop making basic errors. I don’t know whether it’s nerves or tension, or there is an expectation level at this football club that one or two players at this club find very demanding.

“Performances count for very little – it’s results that matter. I want them [players] to pick me up like they do Monday to Friday.

“It’s up to them as players to pick us up as a football club and react. I did see them react today, but we didn’t get the points, and that’s what we’re in the business for.”

Graham Coughlan says his side were on the wrong side of luck this afternoon.

“I could go on about referees and decisions but that doesn’t change anything. The game is in a bad way at this moment in time with rules and decisions, and we’re just another football club today that fell victim to it.” 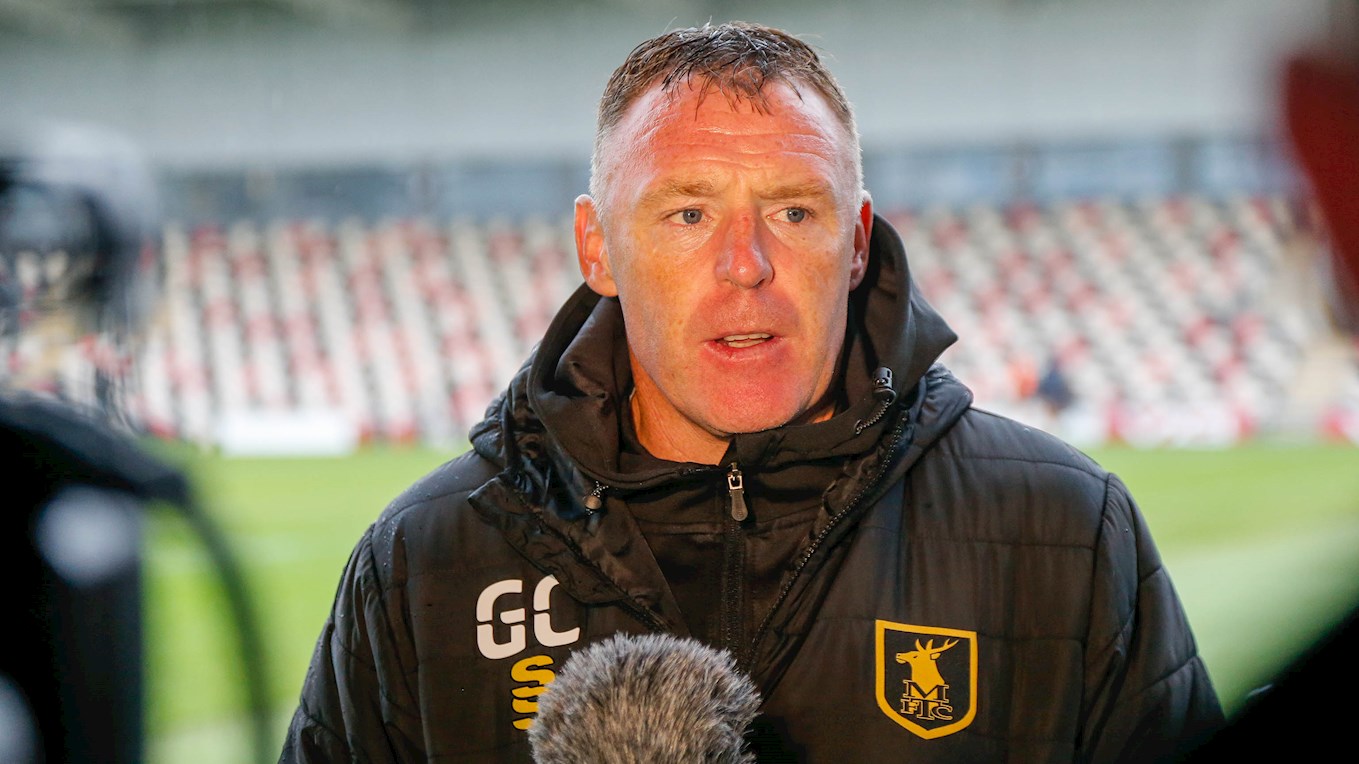 Despite the final scoreline, the manager saw promising signs from his charges at Rodney Parade.

“There were a lot of positives and things to take from the game, but all I’m seeing from this game is the result.

“Top of the agenda is winning a game of football – I firmly believe when we win a game it’ll give us masses of confidence.

“I’m not making excuses – we are making basic errors, and we are getting punished for every single decision.”

There was also an update on midfielder Ollie Clarke (below), who was replaced by Alistair Smith late on. 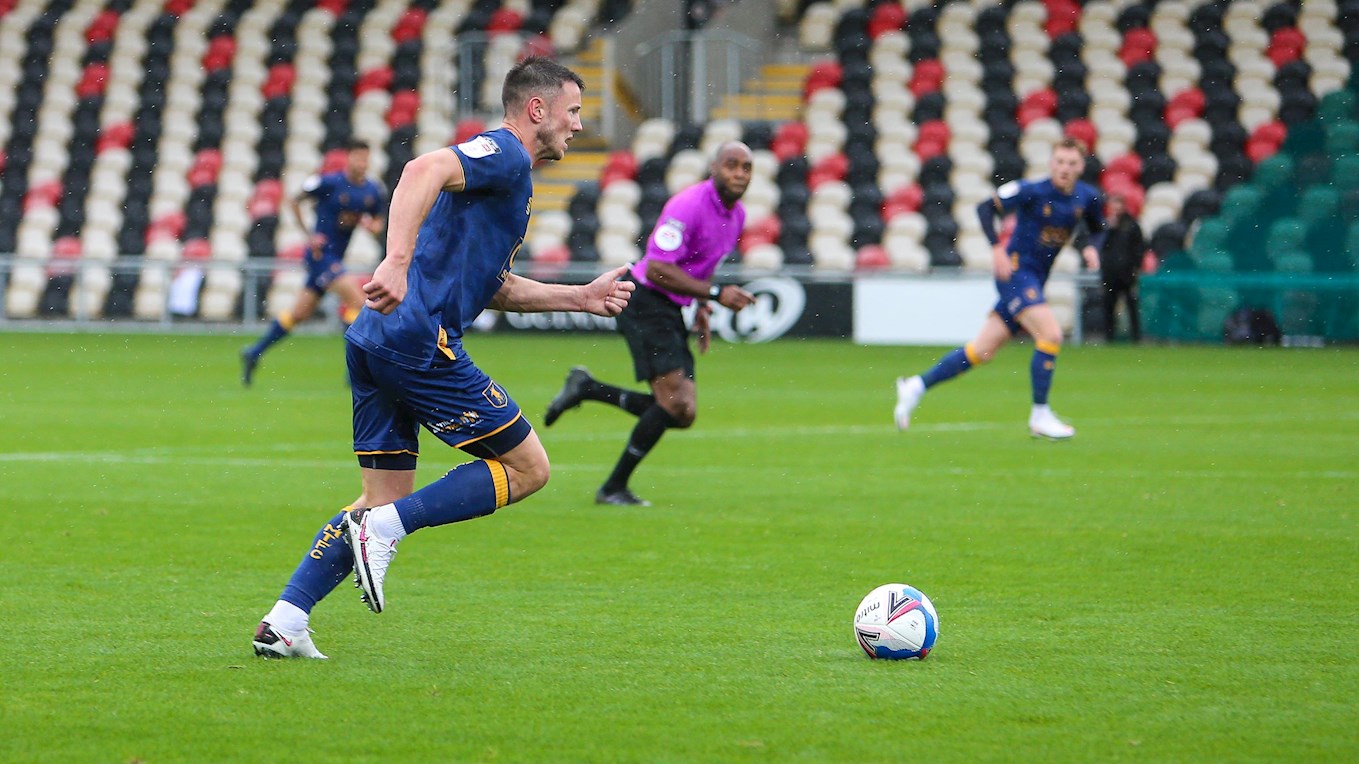 “He [Clarke] had a bit of cramp. His calf cramped up and tightened up.

“The last thing I want is Ollie Clarke pulling or tearing something and we miss him for longer than we need to.”

The boss also confirmed he will play a strong side for Tuesday’s EFL Trophy match against Lincoln City at One Call Stadium, available to watch live on iFollow Stags for £10 (7pm kick-off).

“I want to win the game, so I’ll be fielding as strong [a side] as possible.”