Manager Graham Coughlan says that the ‘character’ and ‘spirit’ shown by his charges against Morecambe this evening is what he wants to see from the Stags on a more regular basis.

After going behind early in the game, midfielder Harry Charsley’s first goal in amber and blue saw Mansfield earn a point on the road.

The boss says that his side ‘dug deep and responded’ to going behind in the game.

“I thought we played well and I hoped we could’ve maybe won it,” he told iFollow Stags. “I asked the lads after Saturday for character and spirit. I asked them to fight and battle.

“I think they responded and did what I asked of them tonight. We did a lot of work on Sunday and Monday.

“I think the lads rolled their sleeves up, dug deep and responded. We asked a centre-half to play right-back and a right-back to play left-back.

“After ten minutes of the game I thought ‘here we go,’ but the lads moved the ball very well and I thought it was a really good game of football.

“It was a well-fought and hard-earned point. But having to come behind has frustrated me because I thought it [Morecambe goal] was a simple goal. We gave us a mountain to climb. 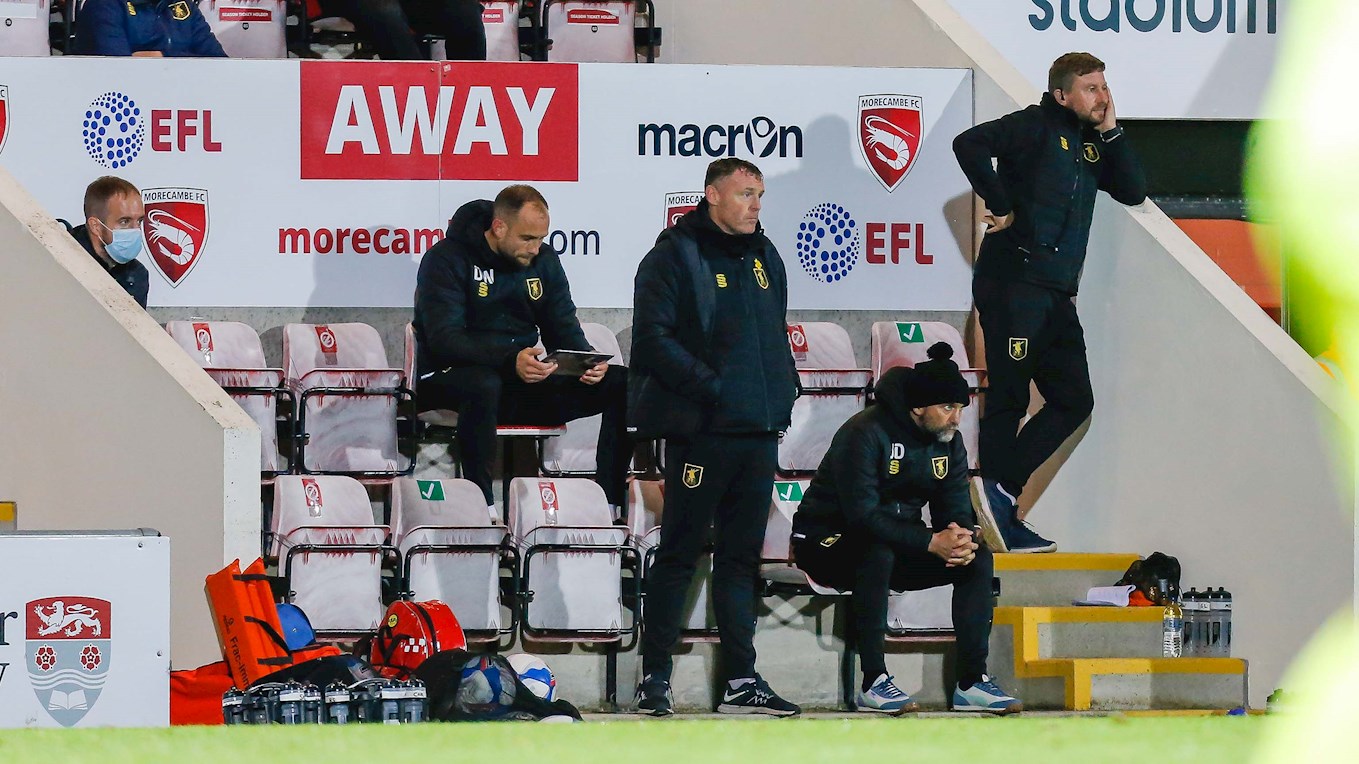 “It was a soft goal to give away and that was probably the only blot on the lads’ copybook this evening.

“My goalie [Marek Stech] pulled off a magnificent save and I hope people will look and see the quality we want and inherited, and that’s the quality of the man.

“He had a bad time on Saturday and that was character for me to go back in between the sticks tonight.

“To put him back in was a big call and he went back in and did what I believe he can do.”

The boss has called for ‘consistency’ from his players, who have shown ‘bits of quality’ this term.

“They are good players who are suffering a little bit, but they’ve shown the bits of quality they have.

“I think if we can get our front four firing and contributing I think we’ll be okay. 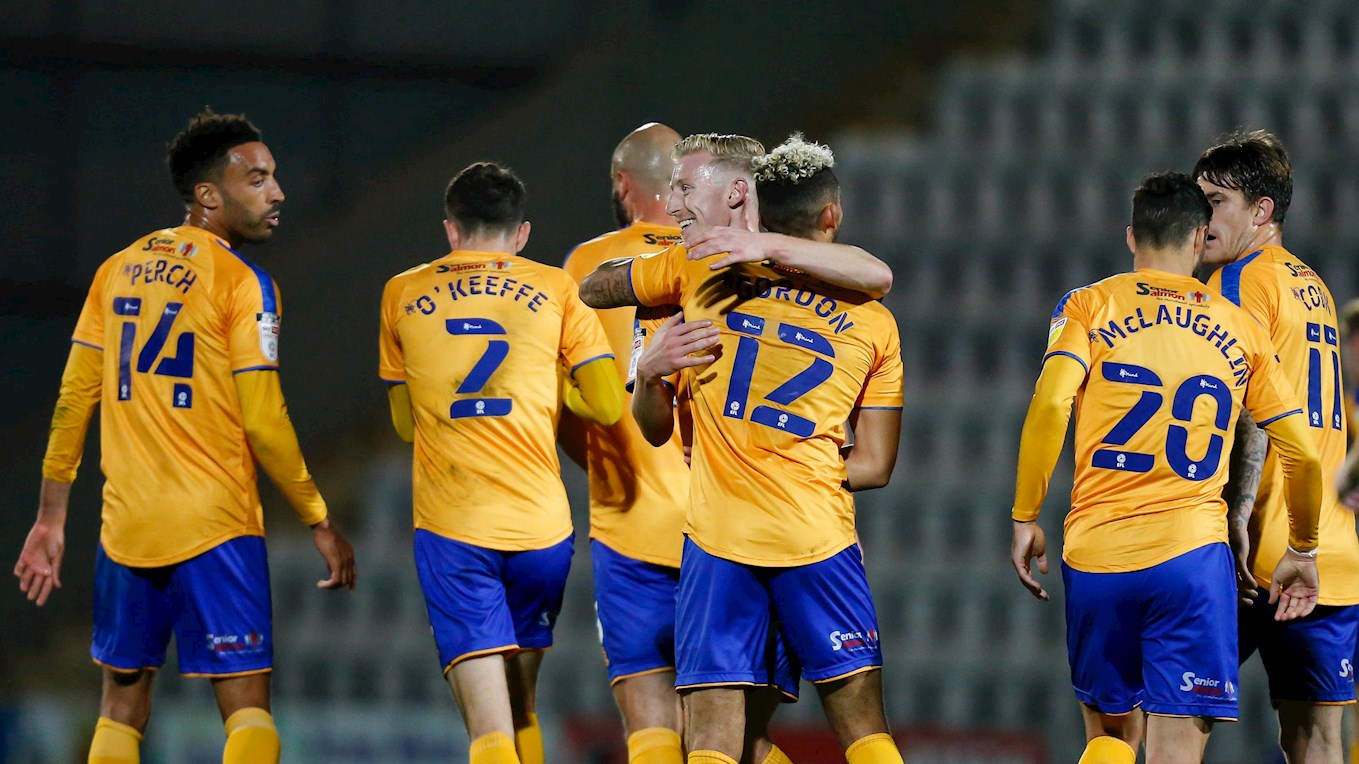 “If I add Ollie Clarke and George Lapslie to tonight’s squad I think that would be enough [to win the game].

“The leaders in the group need to step up to the plate. If we give that sort of character on a more regular basis, you just don’t know where we’ll go.

“I’ve been a little beat up over the last couple of weeks as I just want consistency from them. I want that fight, that spirit and they’ll win more games than they’ll lose.

“We’re just looking for one ball or decision to go our way, and it might just lift this dressing room.”

There was also an update on defender Mal Benning, who was absent from today’s squad.

“We were on the bus this morning and there were one or two concerns with Mal’s well-being. The doctor got in contact and advised that it was best and safe to leave Mal behind.

“So we’ve left him behind and he’s in capable hands. He’s being looked after by the doctor.”