Stags’ boss Graham Coughlan says that the points picked up by Mansfield away from home this week will only be viewed as ‘good points’ if his side capitalise on their upcoming two home fixtures.

Mansfield played out a goalless draw away at in-form Cheltenham Town today, in what the boss described as a ‘game of two halves.’

Graham Coughlan says that Mansfield’s next two matches – at home to Barrow and Walsall, respectively – are ‘vital,’ as the Stags look to turn their season around.

“It looked like it was a game of two halves,” he told iFollow Stags. “It looked as though we were the better team in the first-half and they probably shaded the second-half.

“It’s okay having the best patterns of play, but it’s winning that we’re here for. It gives us a foothold and something to build on.

“It [result] is no great achievement, but Cheltenham will be up there, mark my words. This was a game last year where we lost 1-0, and it was there for the taking at the end [today].

“A point at Morecambe and a point at Cheltenham away from home – that certainly shows character and that we’re going in the right direction.

“I would say the next two games are vital to us, if we’re to build on the Morecambe and Cheltenham games.

“If we look at Cheltenham today, they’ve been building for two seasons. I can’t emphasise how difficult it is to bring a new group together – after what we’ve been through in the last two months, I have to pat them [Mansfield players] on the back. 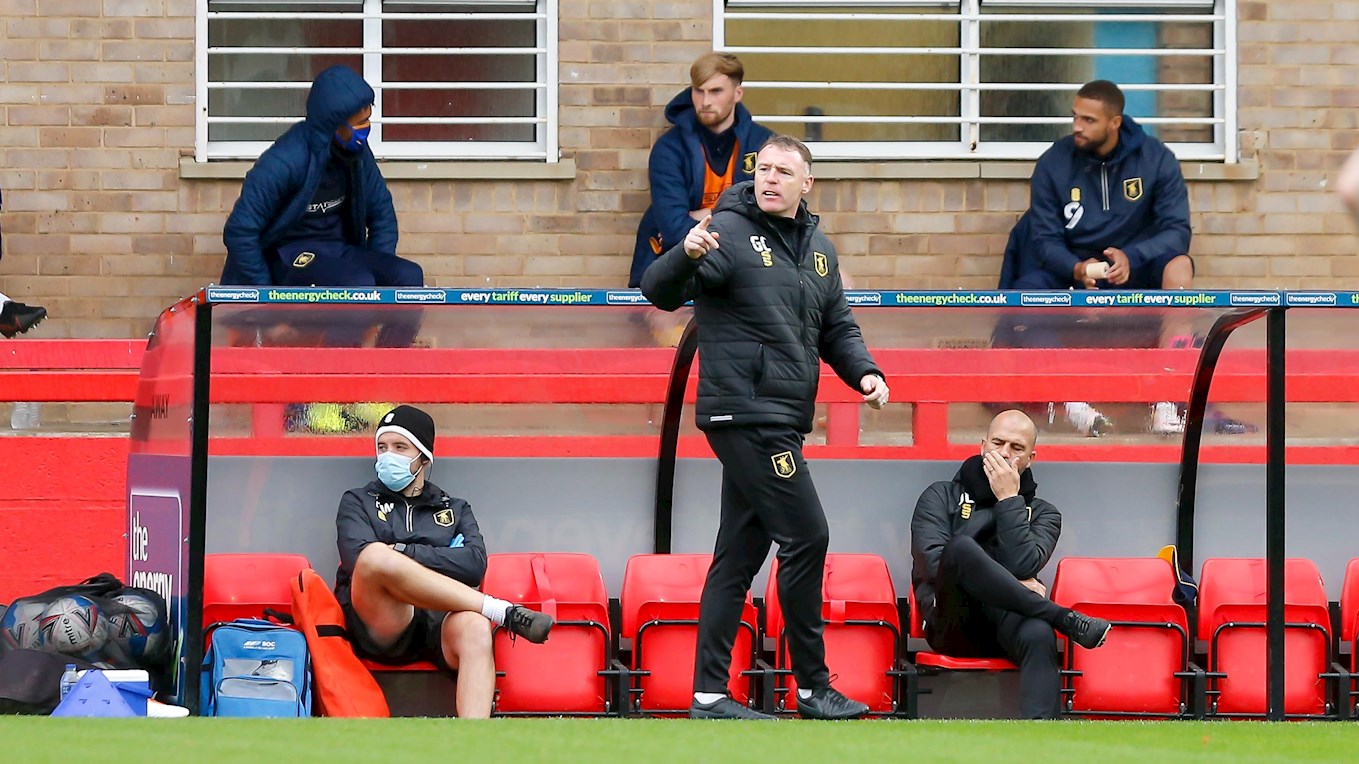 “We’re still in there fighting and digging deep. But I’d like to start turning some draws into wins, as we should have more points on the board.

“It [Tuesday’s match against Barrow] is a big game. They’re all big games. I don’t want to heap pressure on the lads, but they know the script.”

Looking back on what was a fantastic chance for defender Farrend Rawson in added time of today’s match, the boss said: “After 90 minutes you do get tired, and I was a centre-half and wouldn’t expect myself to be putting things in the back of the net on the volley.

“If it was a header you would’ve probably seen him rattle the back of the net.

“It was an opportunity and a chance, and on another day maybe himself and Nicky [Maynard] win the game at the end for us.”

The manager says his side needed to add ‘composure’ to their play in the final third today.

“I spoke to the lads at half-time, we got there [in the final third], and we just needed to show a bit more composure and quality. 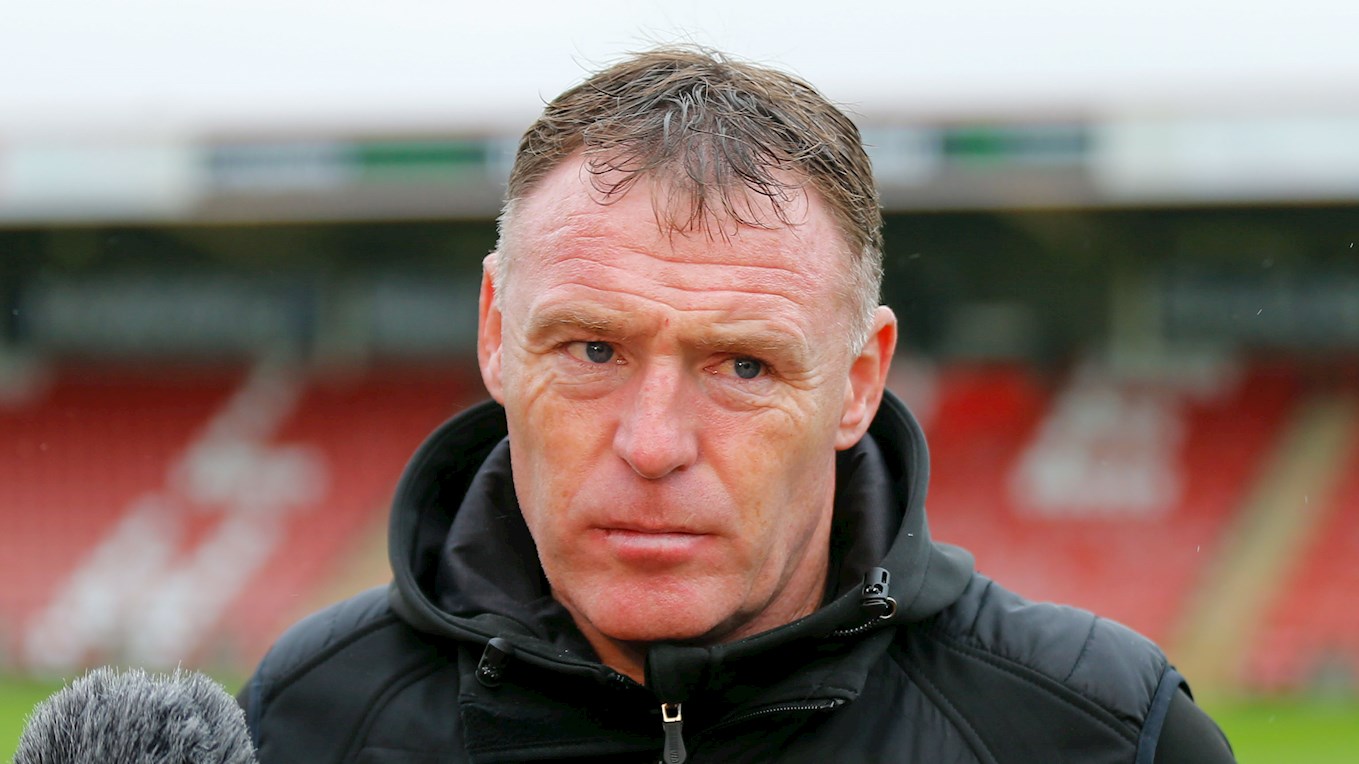 “We got onto them but didn’t get our shots away. There was plenty of opportunity for us to be aggressive in the first-half.

“I think that’s the one thing we’ll take from the game today.”

The boss made two attacking changes late on, introducing strikers Nicky Maynard and Jamie Reid with 12 minutes to play. He added: “The game plan was there for all to see. You’re coming to Cheltenham, who are on fire at the minute. It’s a really tough place to come to.

“The game plan was to get off the back of them in midfield, and to try and win the game in the last 20 minutes.

“It [bringing on Nicky Maynard and Jamie Reid] was a brave call that could’ve backfired – Andy Cook was a marker at set pieces.

“It was a brave call – it could’ve worked, but then again, it could’ve backfired. But it was our intent to win the game late on.”