Boss Graham Coughlan has offered his post-match thoughts on this afternoon’s 3-1 defeat to Bradford City in Sky Bet League Two.

The manager says that the dressing room is ‘hurting’ after a disappointing display.

“Bradford capitalised on an error [Marek Stech own goal] – it deflated us and gave them a massive lift at a crucial time in the game,” he told iFollow Stags.

“I can’t keep standing here saying the same things, eventually it has to sink in.

“We started well and had numerous chances, which was encouraging. Then we get a car crash of a moment.

“The lads are hurting and the dressing room is hurting. I’m here and will stand in front of the changing room – if there’s flak and stick to be flying, you’ll have to chuck it at me.

“The players don’t deliberately go out and make errors. We’ll have to dust ourselves down, come in tomorrow morning and get ourselves ready for the next challenge.

“They are my players and I stand by them, but there will be harsh words. But, like I say, my players don’t go out and deliberately make mistakes. But I will defend them to the hilt.” 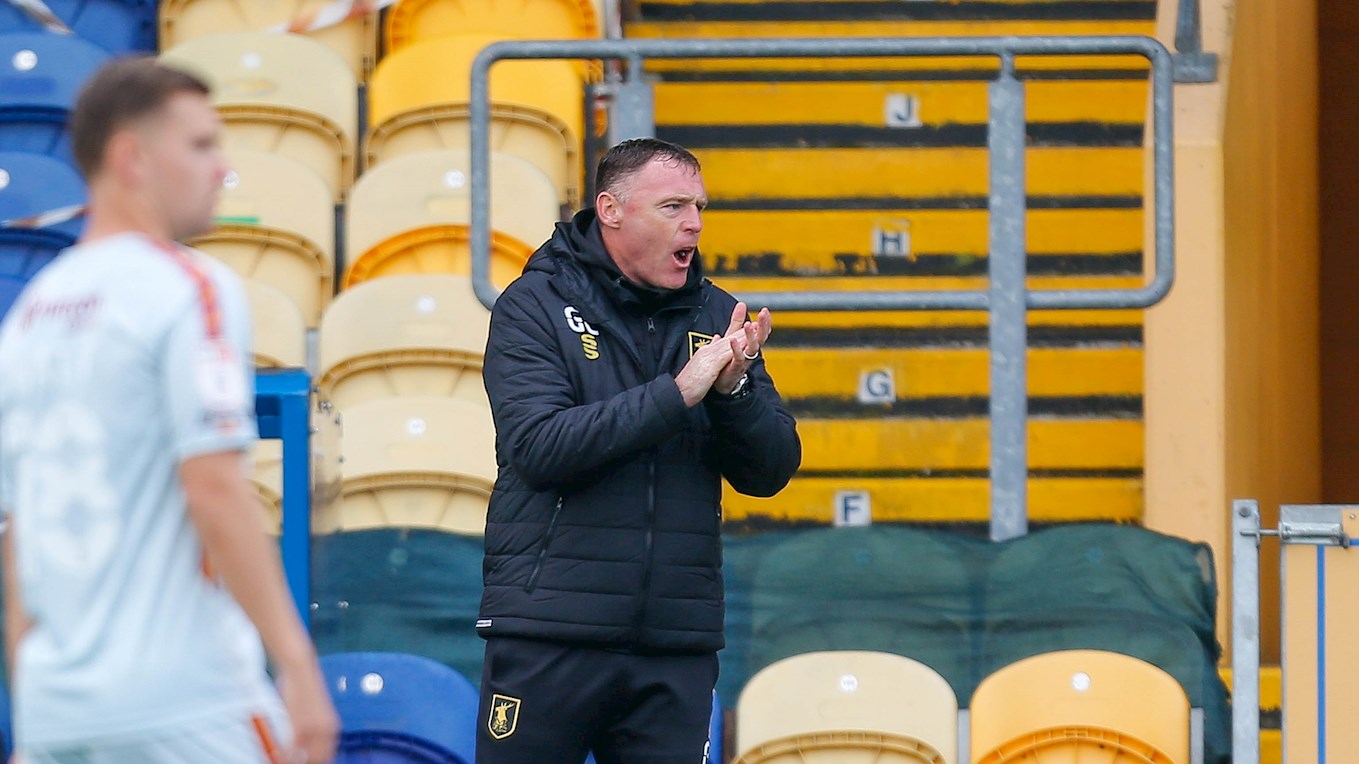 The boss says that his players must become ‘tougher’ and ‘dig deep’ to turn the tide in Mansfield’s favour.

“It isn’t coming together, and it’s tough,” he said. “The feeling that you get deep inside you as a manager is really hard to deal with.

“We’re all in a dark place and suffering. We just need to stick together, dig deep and get that tide turned in our direction.

“Even stood here now, I still have belief and trust in that group. I still believe they are better, and are capable of showing better performances and results.

“I do believe they are a good group of lads, but they need to be a little bit tougher with each other and tougher with themselves. They need to get rid of the softness and those errors.

“We haven’t put any pressure on them or given them any targets. All we’ve been about is just winning the next game.

“The lads need to be tougher with each other and themselves. They need to cut out those individual errors. 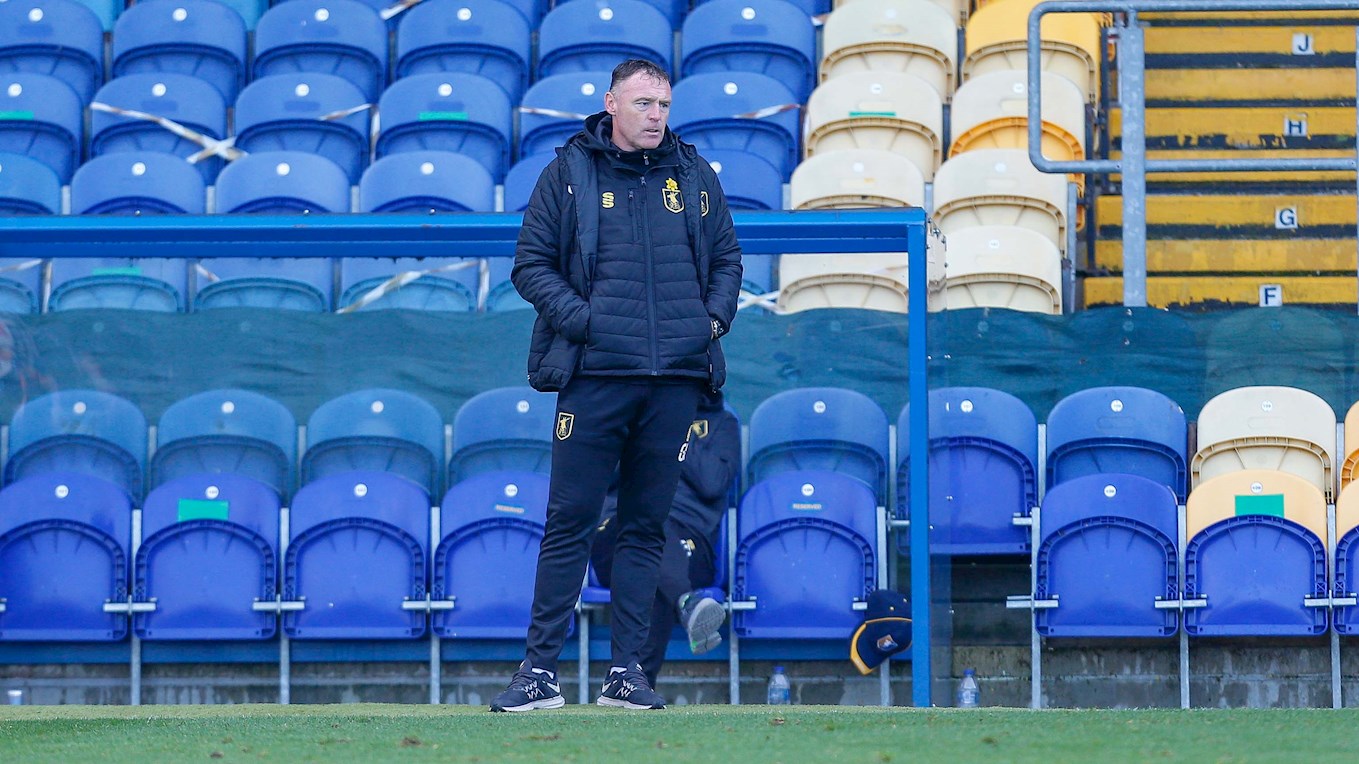 “I’d like us to deal with disappointment and errors a lot better. Not only to prevent the errors, but when it does happen and it does go against us, I’d like us to show a little more character and resilience.”

At the half-time break, Graham Coughlan made a triple change in an attempt to turn the game around.

The boss explained his reasons for doing so, adding: “If I could’ve made 11 changes, I probably would have, as it just wasn’t happening for the lads.

“As soon as the error, you could maybe see the confidence draining. I tried to get two down the right and two down the left [in the second-half].

“I tried to put crosses in the box for Andy Cook and Jordan Bowery. For a period [in the second-half], we looked okay.

“We created one or two chances, but then again, the softness with which Bradford get their third goal is alarming.”