After this morning’s ‘positive’ training session, manager Graham Coughlan offered his thoughts on Saturday’s match at Cheltenham, and the importance of this week’s double-header of home matches for his side.

The Stags will host Barrow AFC on Tuesday evening for a 7pm kick-off, before welcoming Walsall to One Call Stadium on Saturday.

The boss, reflecting on Stags’ draw with in-form Cheltenham at the weekend, says that with ‘a little more composure,’ his side could have secured the win.

“Training was positive and the lads were in good spirits,” he told iFollow Stags. “We played really well on Saturday and looking back at the video, there were lots of good moments in the game.

“We asked them for attitude, desire and hunger and that was there in abundance. A little more composure, and we could have come away with the victory.

“We’ve gone with legs and energy in the middle of the park and it was very effective at Morecambe and Cheltenham. 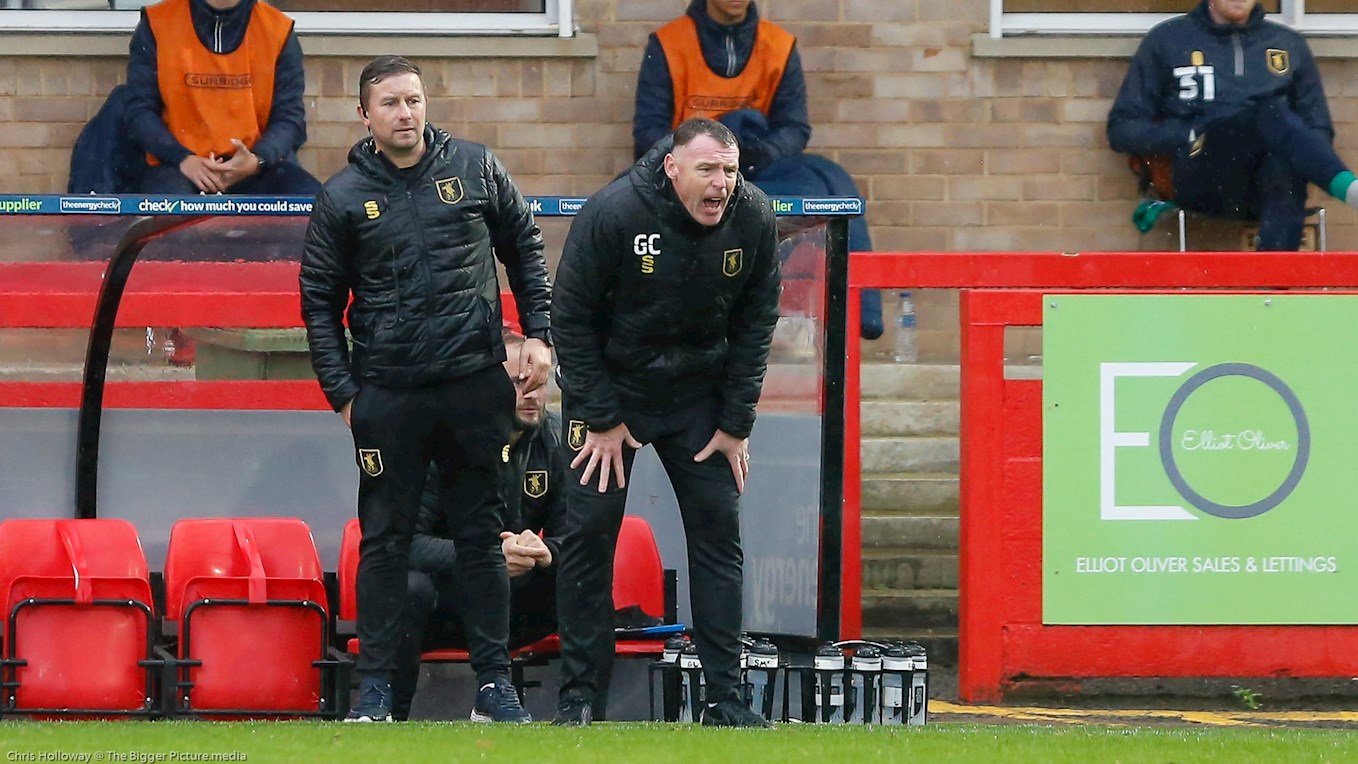 “It’s not uncommon to play with one striker up top and Andy Cook has done ever so well in the last couple of games for us.

“We just need to now convert them [chances] and that ball to go in the back of the net, to get off and running with that elusive first victory.

“Without quality in the final third, you don’t score goals, and I believe we have the quality. I have great belief in this group and have a lot of confidence in them.

“Something turned for us at Morecambe – there was a feeling of positivity about the lads and that’s the first I’ve seen them like that.

“They carried that into Cheltenham and hopefully they can carry that into the next couple of games.” 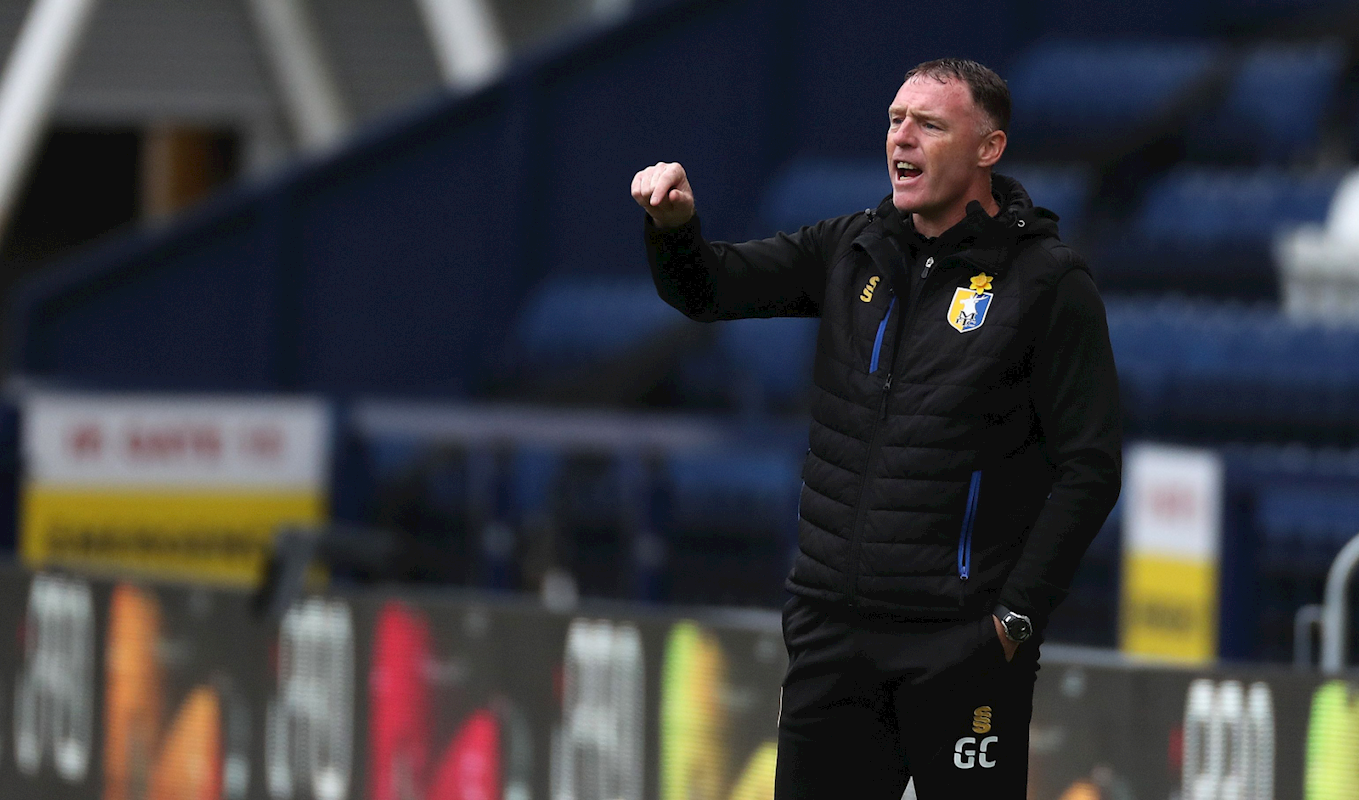 Looking ahead, the manager has targeted the next two fixtures – both at home – as chances to accumulate much-needed points.

“Now the challenge is to go and put some victories together,” he said. “I think we’ll be looking for a decent points return [in the next two games].

“I do believe once one [win] comes, we’ll get on a little run. But they will be two really tough games [against Barrow and Walsall], as is every game in League Two.

“I believe we have the players to go and get a decent points return from the two games.

“It [start] is a little slower than we would have liked – we all know it and understand that – but I think there is certainly a lot to be positive of from the last two [games]. But it’s about the next two. 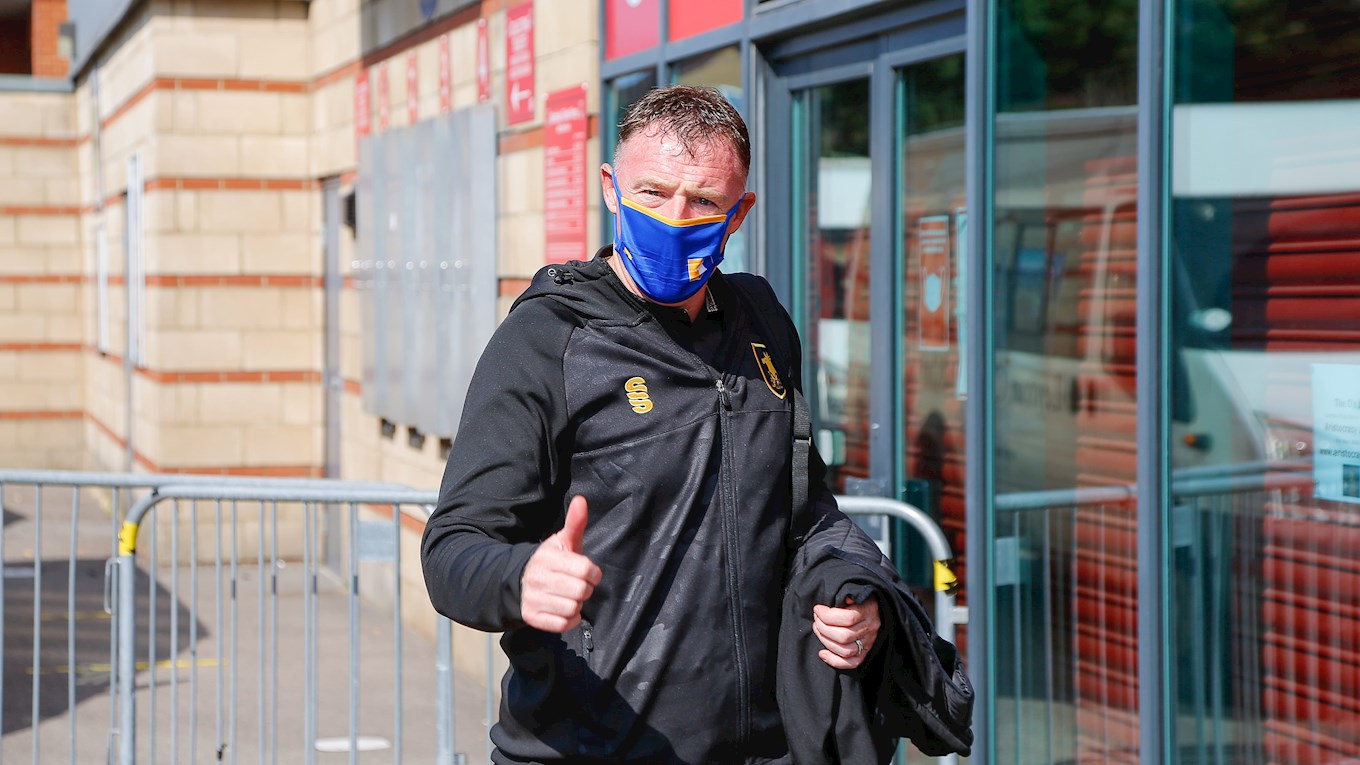 “I think they [Barrow] are a dangerous team. We all know that – they drew 3-3 with Bolton last week and 2-2 with Walsall at the weekend, so they score goals.

“They’re coming to Mansfield and will consider us a scalp. Set pieces will be vital again and they do play very good football.”

There was also an injury update from the manager. He added: “At this moment in time, we’re missing three players [Corey O’Keeffe, Mal Benning and Ollie Clarke].

“But hopefully there is a little bit of light around the corner and the three lads are not too far away from returning. 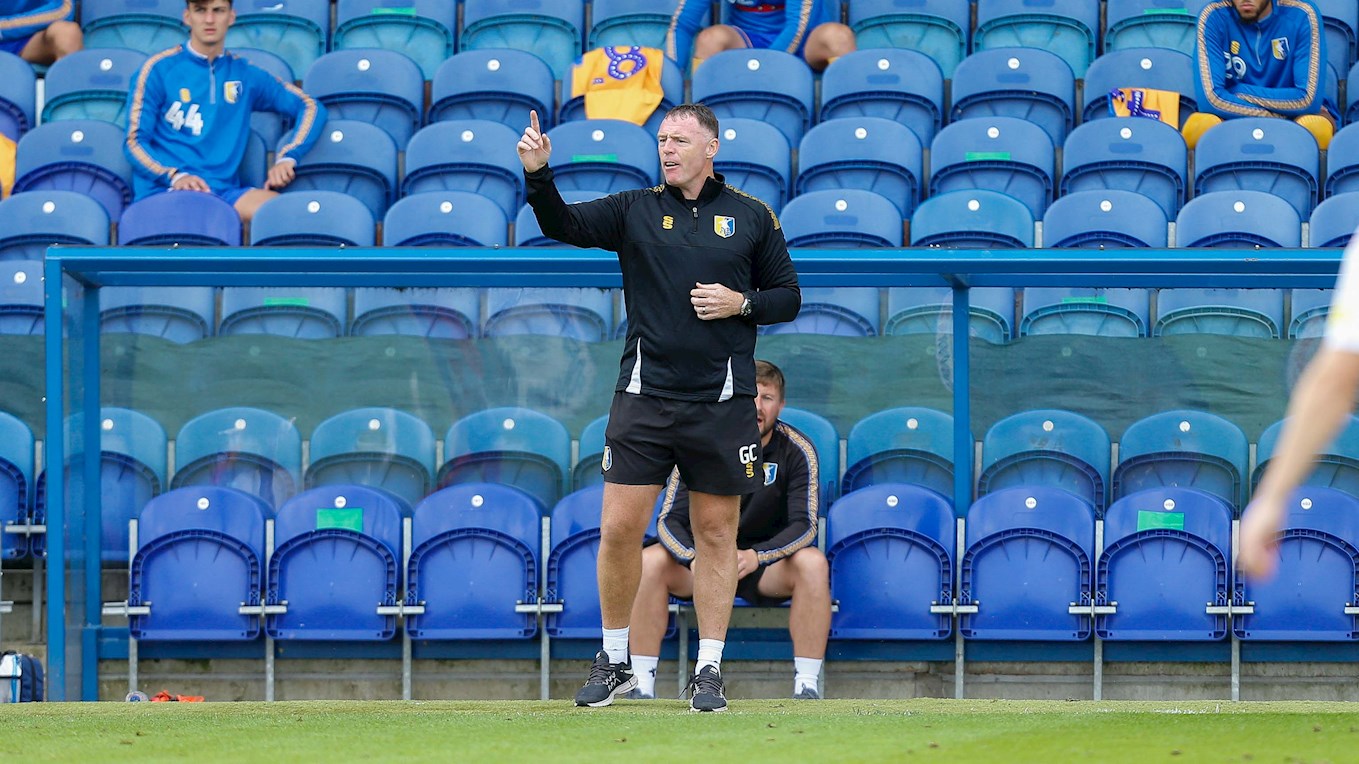 “He [Clarke] was out on the grass and had a little run this morning. He’s pushing himself and wants to be back fit.

“He shouldn’t be too far off – fingers crossed we can get another week or two into him on the grass with the physio, and we can get him out and performing.”

Match passes for Tuesday night’s game against Barrow are available to purchase for just £10. To get yours, click here.