The former Derby County, Sheffield United and Burton Albion chief was announced as the amber and blue’s new manager on Friday afternoon.

The 54-year-old says that his first priority as manager is to help the Stags climb the Sky Bet League Two table.

“I think that the potential that the club has got going forward is very exciting indeed,” he told iFollow Stags.

“I think everything is set up to take the club to at least the next level. It’s a very good opportunity to try and achieve that. 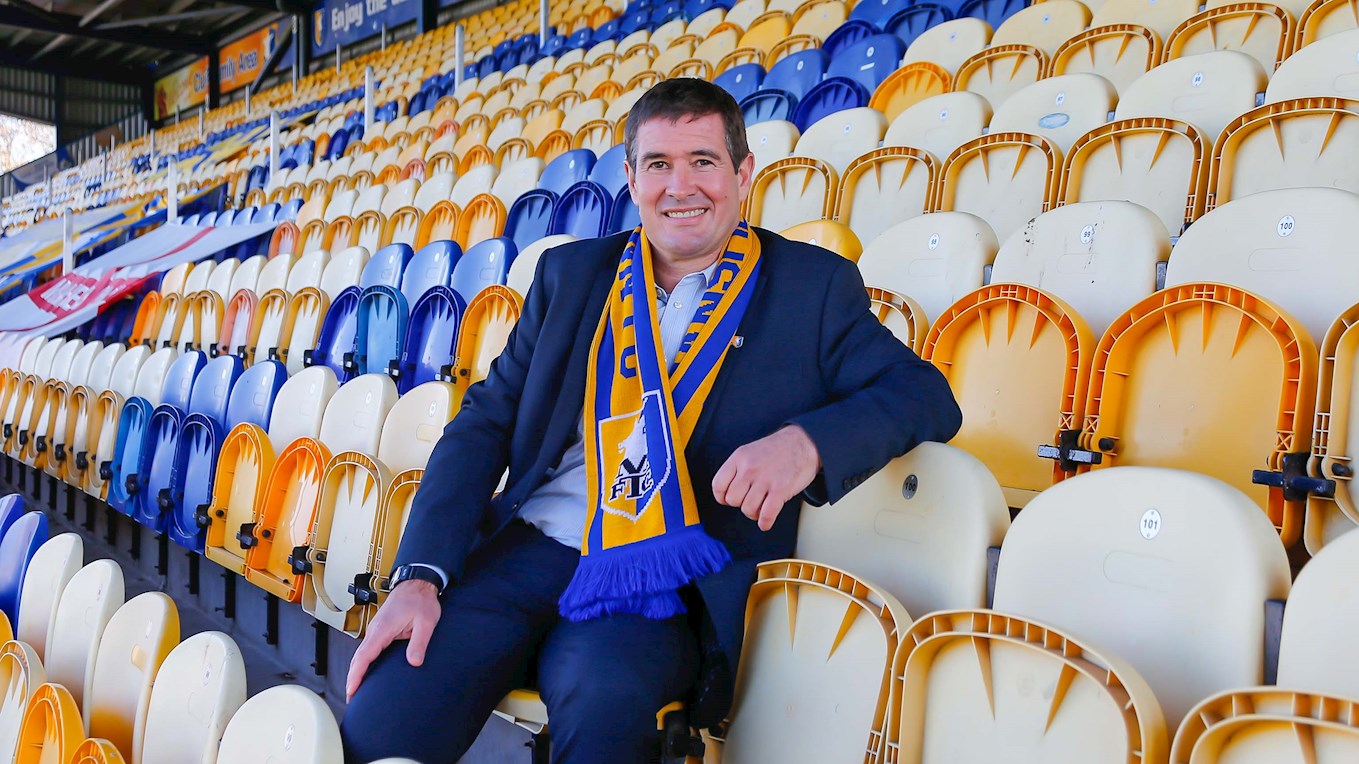 “These things take time. We started at Burton over 22 years ago – we scraped up into the Conference and had a few years just surviving in the conference.

“We then built a side that got into the play-offs, and left them 15-16 points clear in the Conference and then they made it to the Football League.

“It’s about good decisions, working well with owners and looking after their finances as if they are your own. We try not to waste money and we try to get good people in the football club.

“Burton were a couple of leagues below [when I took charge] to where we [Mansfield] are now – no disrespect to Burton, everyone will accept that Mansfield are a bigger club. 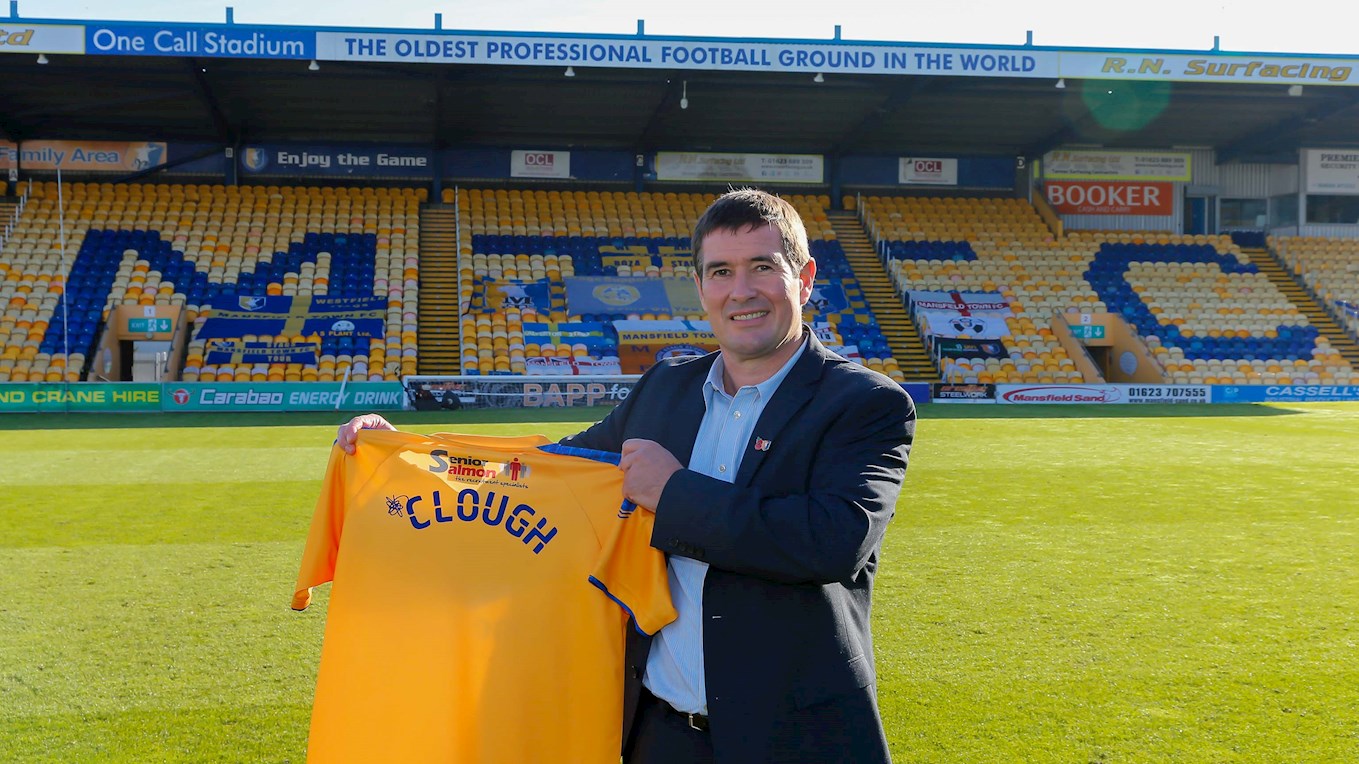 “That gives us a greater potential. We have some work to do and the first priority is to get up the league [table].”

Nigel Clough says that he will expect ‘maximum effort’ from his players when they take to the pitch, and also discussed the style with which his side will play.

“I’ll be honest with the players and be fair with them,” he added. “The one thing we expect from them is absolute maximum effort every time they step onto the pitch.

“Generally, we’ve always had a very good relationship with the majority of players that we’ve worked with.

“We’d like to build up those sorts of relationships with the current players. 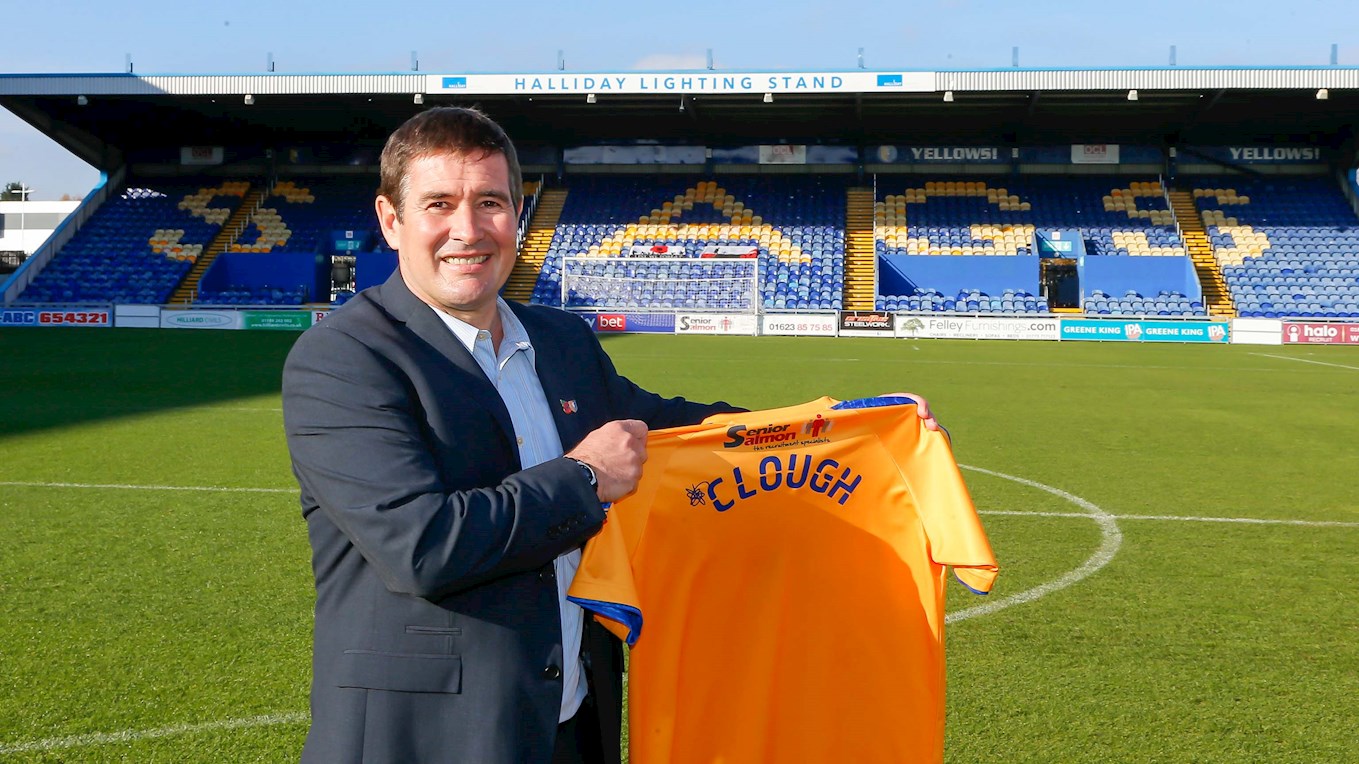 “I like to play football – home and away. We like to attack as much as we can. There are certainly times where you have to defend and do it well, but generally speaking, we set out our teams to attack.

“Supporters pay good money and we want to entertain them. Even if they can’t get into the ground, they’re still paying to watch it via the streams. So, we want to put on the best performances we can.

“We’re going to do everything we can to get the club into a much better position than it is now, but try and be patient with us. We’re going to try and build a team and build a squad that the supporters can identify with and enjoy watching.”

The new Stags’ boss says he has watched the last two Mansfield fixtures, and was impressed by the performances on show under caretaker manager Richard Cooper.

“It [Mansfield team] looks a good squad on paper. It hasn’t worked out in the last few months. 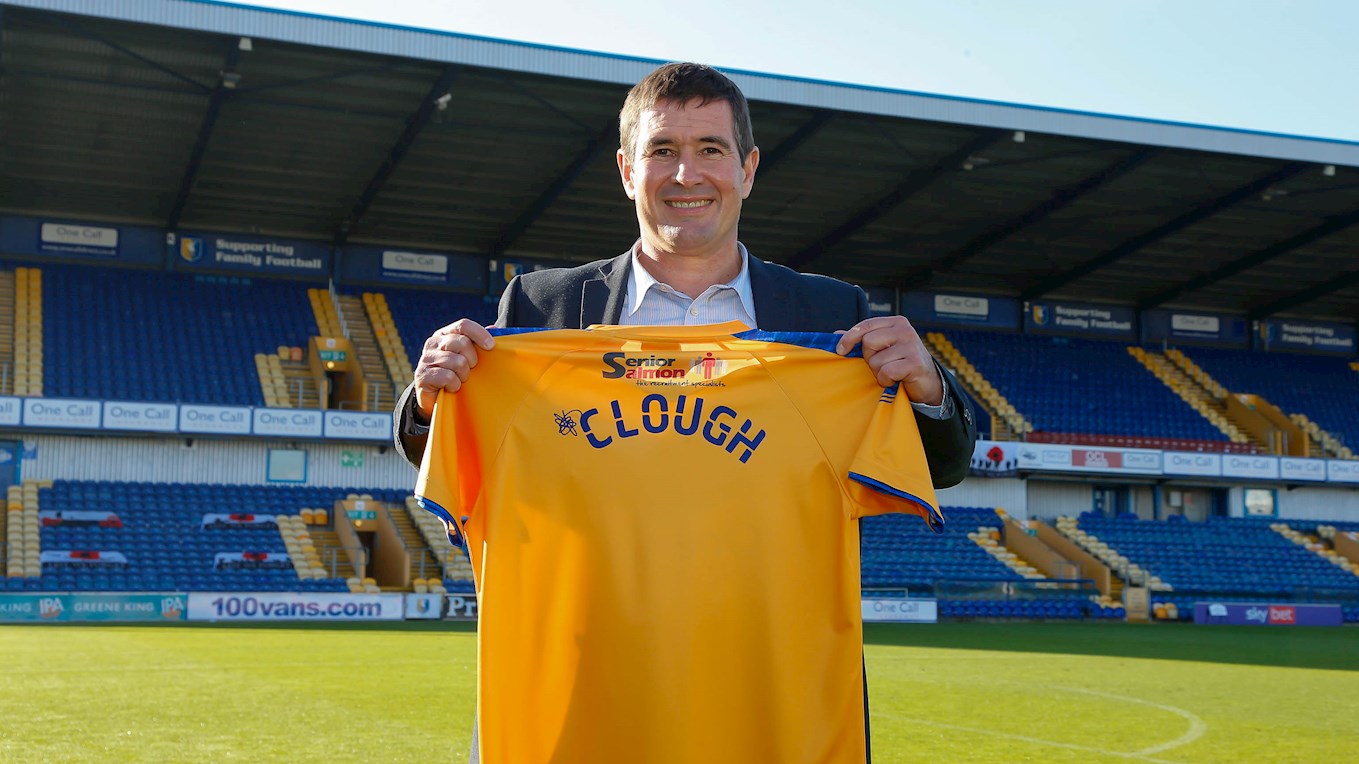 “All the players start now on a fresh page and we’ll judge them from here on in. There looks to be a good squad in place and I believe there is room to strengthen it in January, which we will look to do.

“We sneaked in to watch the game on Saturday on Walsall and we were very impressed with the performance.

“Gary [Crosby, assistant manager] went to watch the game at Bolton, and can say exactly the same. We spoke to the players and told them, without doing too much different, it could have been six points [against Walsall and Bolton].

“All we have to do is turn those draws into wins, and get up that table. I think Richard Cooper [caretaker manager] and the lads have done brilliant with lifting the team. 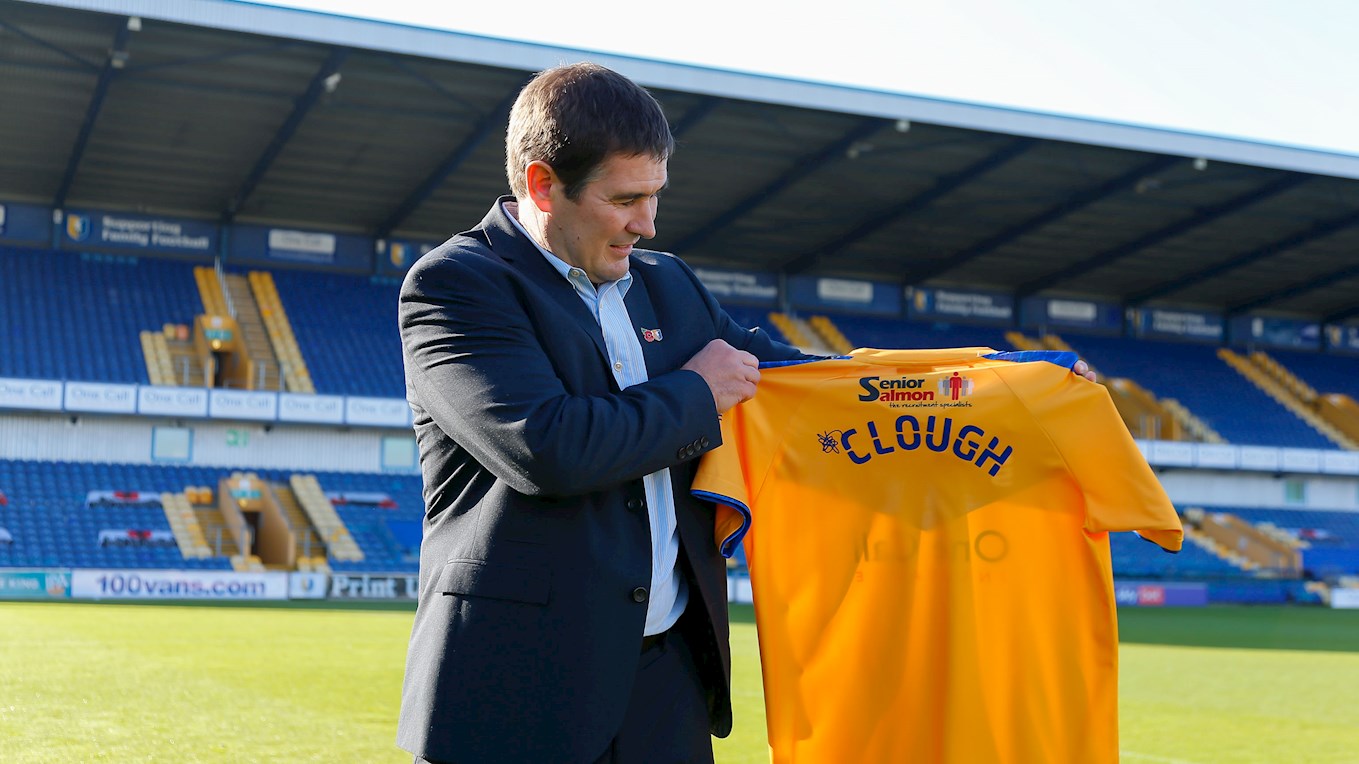 “The last two performances have been very good and we just need to keep that going.”

Although caretaker manager Richard Cooper will take charge of Saturday’s Emirates FA Cup First Round fixture away at Sunderland, Nigel Clough says he will attend the match to assess the performance.

“It’s a seriously bizarre coincidence to be able to go back to Sunderland, with it being my hometown and everything,” he explained.

“Although we didn’t live there very long, it was certainly a place that was very special to my dad. He really enjoyed playing football there, as well as Middlesbrough.

“It [Stadium of Light] is one of the best stadiums in the country – I really wish there could be a crowd there, because it can be a hell of an atmosphere. 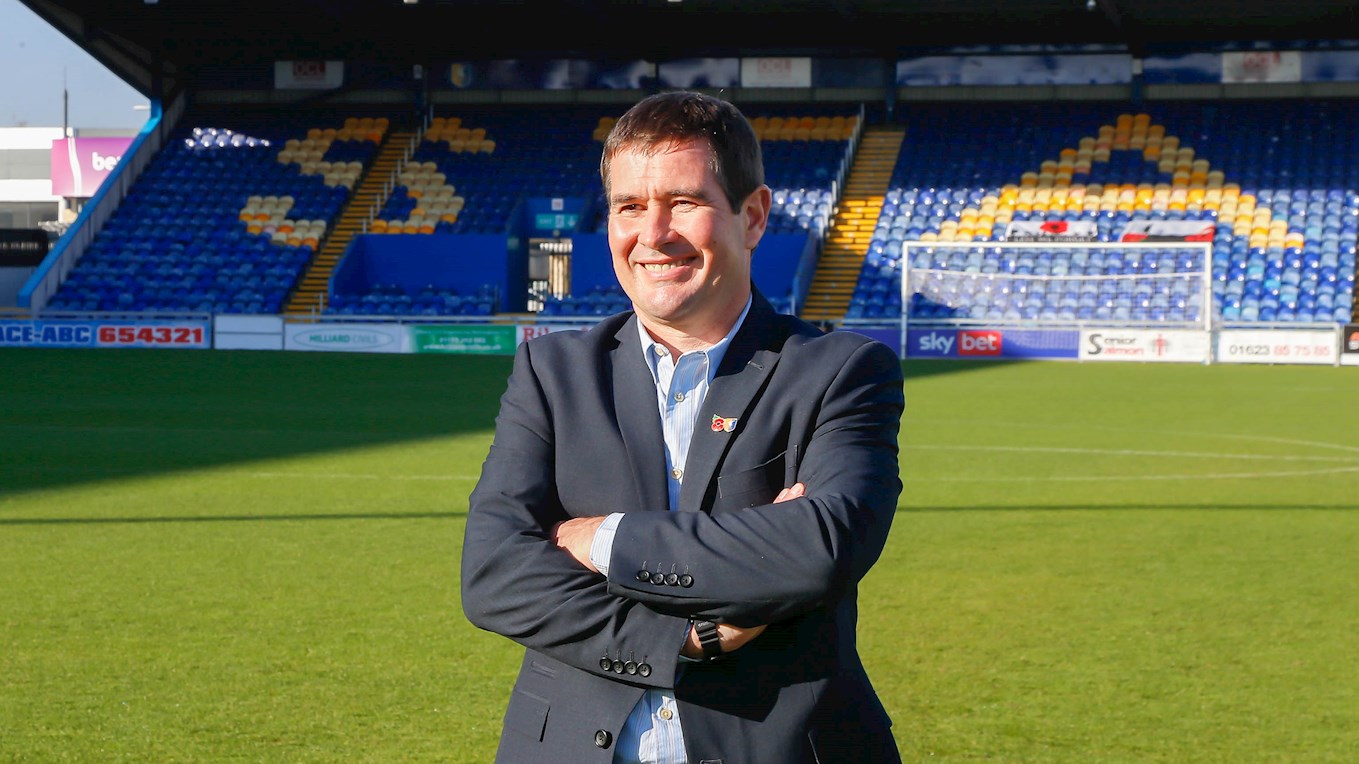 “I think it’s a really good game for the club coming off the back of two good performances – so let’s go and have a go.

“I think we’ll be upstairs [for the Sunderland game]. We’ve just been COVID tested this morning, so we have to wait for the results before we can join [up with the squad]. We’ve seen the players very briefly, in line with all of the protocols.

“As soon as we get the results, which will hopefully be negative, then we’ll be able to drive up and watch the game. I think Richard [Cooper] and the team have done so well, so I think it’s a nice reward for them to take the team at the Stadium of Light.”

Supporters based in the UK can watch Saturday’s match at Sunderland for just £10 on iFollow Stags. To get your match pass, click here.