A virtuoso performance from Jack Deakin saw the Stags’ striker net a hat-trick in a thrilling match at home to Lincoln City on Saturday.

Stags came from behind twice but it was Lincoln who were to ultimately claim maximum points in the dying embers of the contest.

The visitors took the lead as early as the fourth minute through striker Freddie Draper. Fellow forward Nathan Odokonyero picked the ball up on the left-hand side before teeing up Draper to slot into the far corner to make it 1-0.

The early goal prompted a superb reaction from the Stags and the amber and blue dominated the early stages as they searched for an equaliser.

Mansfield’s first sight of goal came in the 11th minute, with Jack Deakin forcing a save from Lincoln 'keeper Samuel Long before Shamar Lawson did the same just minutes later.

The Stags continued to probe and a swinging delivery from left-back Kian Sketchley found an unmarked Lawson at the far post, but the striker was unable to direct his effort goalward.

Lawson was involved again in the 22nd minute. The forward drove down the right flank and chipped a deft cross into the penalty area, but the onrushing Nathan Caine couldn’t quite get enough contact on his header as his effort trickled agonisingly across the six-yard box.

The Imps struggled for chances in the first half, but goalkeeper Maison Campbell was called into action in the 26th minute, saving comfortably from Odokonyero before the striker fired wide from the edge of the area three minutes later.

Stags finally made their momentum count in the 32nd minute.

A lung-busting run from right-back Taylor Anderson took him all the way to the byline and his pull back was turned in by Jack Deakin for his first of the afternoon.

And just five minutes later Deakin doubled his tally and made it 2-1 to Mansfield.

Fresh from his first team debut at Scunthorpe in the Papa John’s Trophy on Tuesday night, Nathan Caine picked up the ball in the final third and slipped in the striker, who poked home past the onrushing goalkeeper. 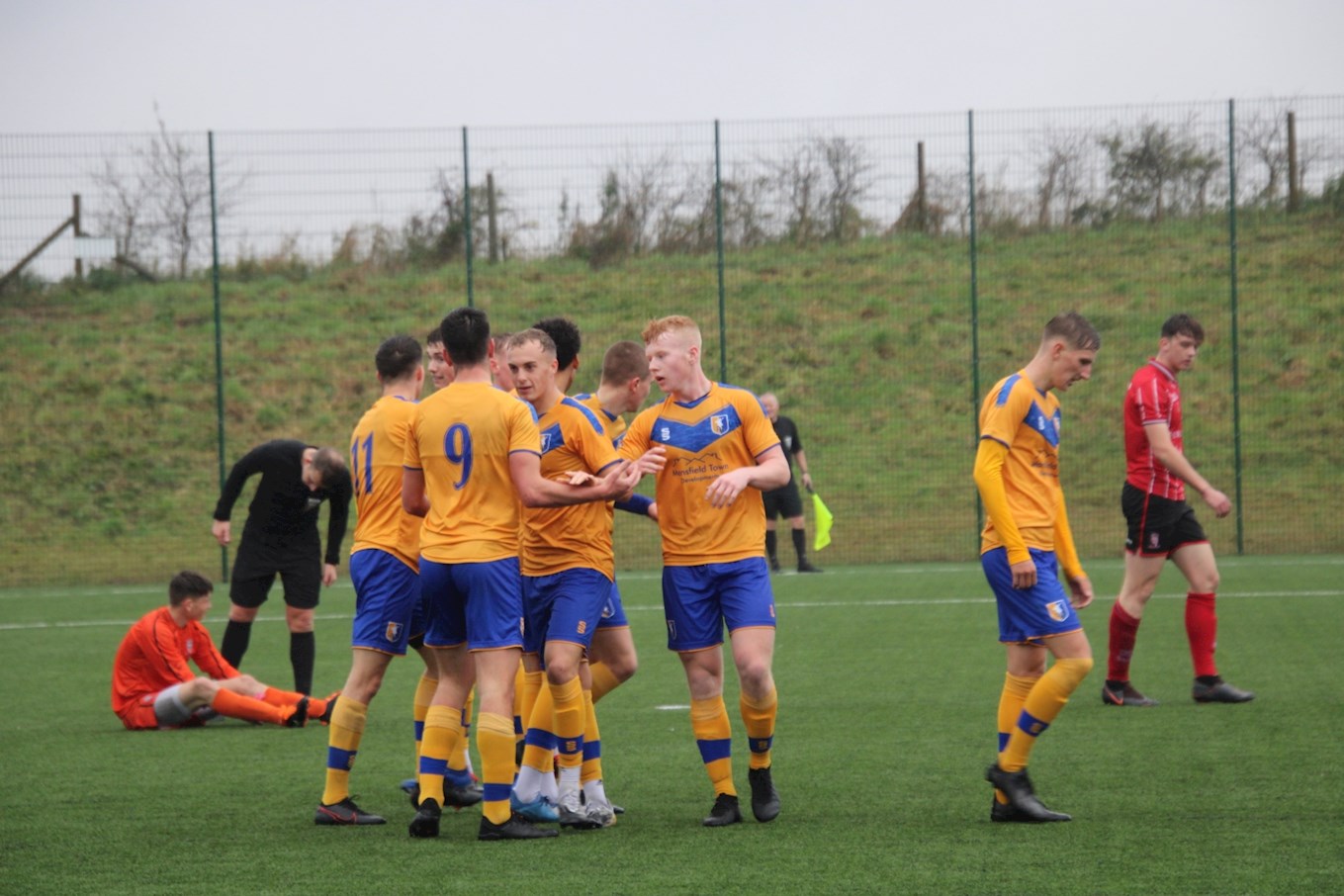 The Stags’ onslaught continued and moments later they almost made it three after a devastating counter-attack.

A ball over the top from Sketchley set Deakin away down the left, and his low cross found his striker partner at the back post, but a stretching Lawson could only direct it onto the post.

And just a minute later the scores were level.

A deep free-kick by Odokonyero found Bobby Deane in the box and the defender powered his header into the back of the net.

There was time for one more chance in an eventful first-half, with centre-half Kyle Tomlin throwing himself in front of a Jovon Makama effort to deny the striker before Campbell smothered the rebound.

Mansfield looked to continue their fine football into the second half, and the impressive Taylor Anderson went close to restoring their lead in the 60th minute.

The full-back took down a cross-field pass and drove to the edge of the penalty area before his attempt, with the outside of his boot, had the Lincoln keeper scrambling to tip wide.

The second-half was busier for Campbell in the Mansfield goal, and the keeper was called into action twice in quick succession in the 70th minute.

The second-year scholar expertly reacted to keep out a Lincoln snapshot following a corner, before doing well to hold a close range effort from Imps striker Makama two minutes later.

Sketchley was involved again as he went close for Mansfield with a low drive shortly after, but Campbell was helpless to react in the 79th minute as Lincoln took the lead.

A corner was only half-cleared and Imps midfielder Billy Brooks volleyed home the loose ball to make it 3-2 to Lincoln.

But with four minutes of normal time on the clock, Jack Deakin looked to have earned the Stags a point.

The striker hammered home with a first-time finish after latching onto an exquisite cross from Sketchley to make it 3-3.

But the closing stages of the game saw yet more drama, with Mansfield’s Shamar Lawson receiving his marching orders in the 88th minute after the referee showed him a second yellow card.

And it was heartbreak for the Stags’ youngsters in injury time as The Imps made the extra man count.

A throw-in fell to substitute Connor Brown in the box who finished from close range to steal the points for the visitors with the last kick of the game.


Mansfield Town were held to a 1-1 draw as a goal in either half saw them share the points with Crewe at One Call Stadium.


Mansfield’s under-19s were made to rue missed chances as a first-half strike from winger Ollie Nicholson sealed a 1-0 win for Harrogate Town in the Youth Alliance League on Saturday afternoon.