Match-winner George Lapslie eulogised about academy manager Richard Cooper after he ended his temporary spell at the first-team helm with a remarkable 1-0 victory over Sunderland AFC.

Mansfield Town’s first-ever meeting with the Black Cats in the Emirates FA Cup ended with delight for the away side as Lapslie’s header secured progression to the next round.

However, the Charlton Athletic loanee instantly diverted attention towards Cooper, who was able to round off his three-game stint in style.

“Coops [Richard Cooper] has been unreal since he’s come in,” Lapslie told iFollow Stags. “I can’t speak highly enough of him.”

“From minute one he’s got into me, shown me love and told me how good I was. I believed him.

“He said to me before Bolton: ‘Go and get me a goal’ and I’m buzzing that I’ve contributed to Coops’ success since he’s stepped in.” 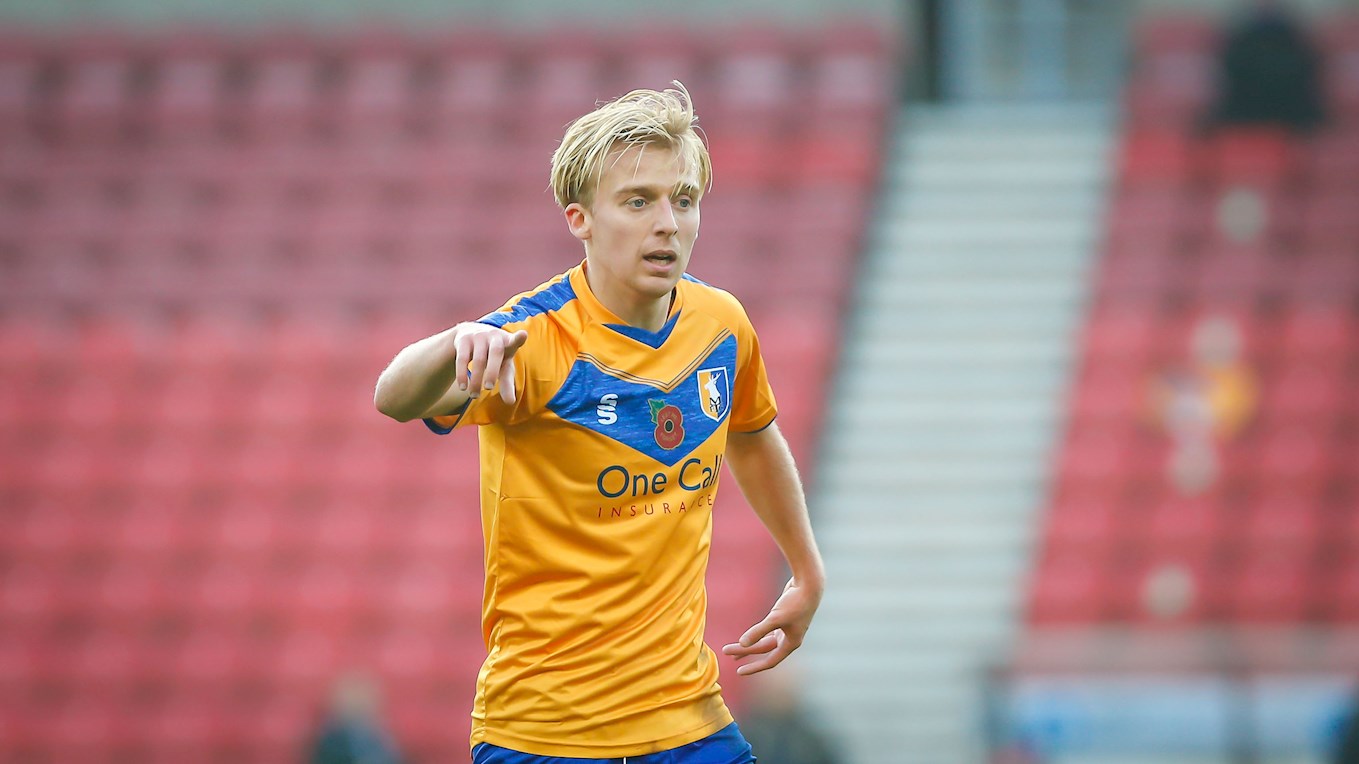 Saturday’s goalscorer – who registered his second goal in as many games – cited graft as the main ingredient to his side’s upset in the northeast.

“Everyone grafted. As I say, it was everyone pulling together and grinding. I’m sure you can tell in that last 15 we were on our knees but everyone’s in and amongst one another pulling each other through it.

“That’s what you need to do to win games and I’m sure that’s the first of many.

“It was unreal. There’s a time I look back and see [Jordan] Bowery getting ready to head it between our centre-backs.

“That’s how much it means to the boys. I’ve really enjoyed my time here, it’s a great bunch and I’m just happy I can contribute to the first win.” 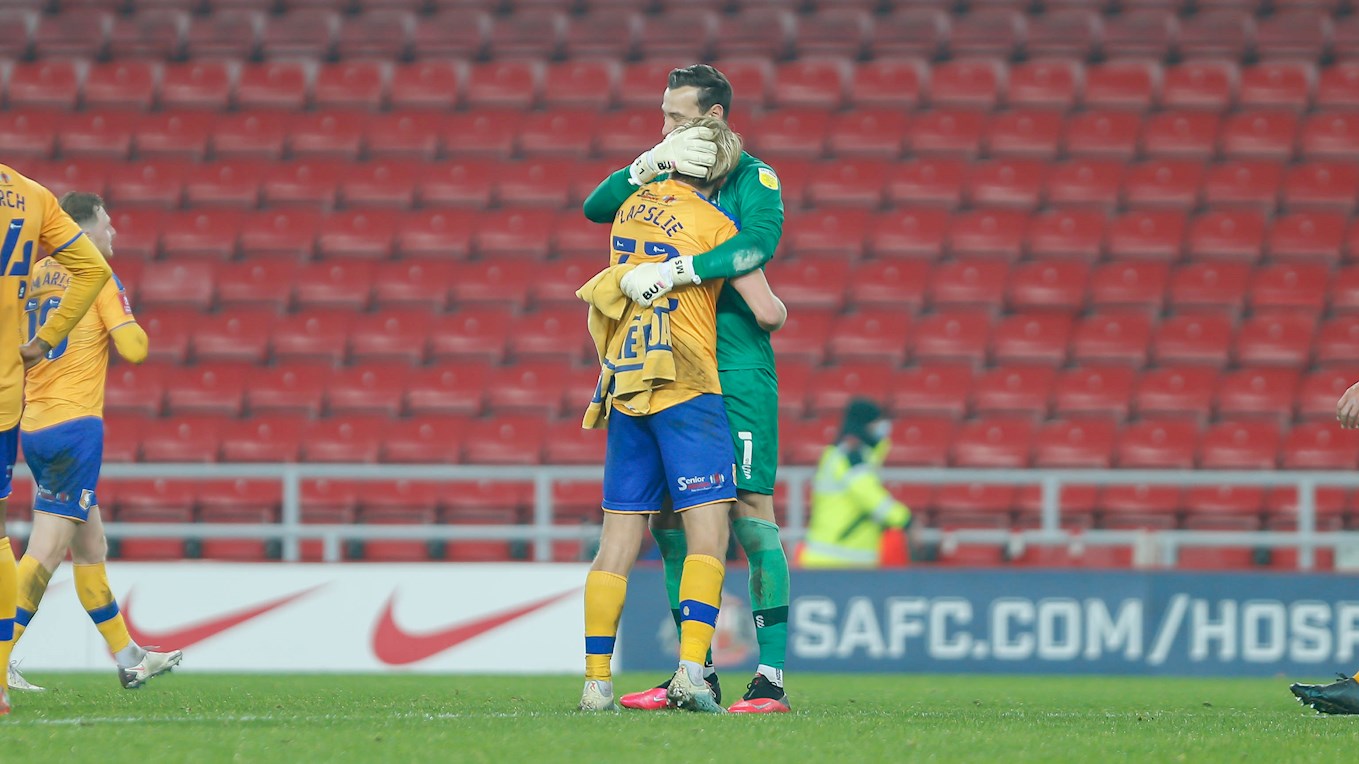 The 23 year-old is now looking forward to working under newly-appointed manager, Nigel Clough, who watched on from the stands this afternoon.

“We’ve obviously got the gaffer in now and I’m looking forward to working under him,” Lapslie continued.

“He came and gave us all a big hug. He was in the changing room before the game, at half-time and after the game.

“I’m really looking forward to these coming months because I’ve heard a lot about him and they’re all positive things, so hopefully we’ll carry on from what we’re doing now and get a few more goals.”