Manager Nigel Clough says his players have brought an ‘added buzz’ to training this week, following Saturday’s first league win of the season away at Forest Green Rovers.

For the first time since his arrival, the boss has enjoyed a week of training with no midweek fixture, as the Stags prepare for Friday night’s home match against Colchester.

Nigel Clough says that he has noticed a ‘huge lift’ in training, after Mansfield earned three points in Gloucestershire at the weekend.

“Everything has lifted this week and everyone has come in with a smile on their face,” he told iFollow Stags. “When you win matches at a football club, the players come in for training with that added buzz.

“It’s wonderful to see. It was great to see them after the [Forest Green] game on Saturday – normally we would go in straight away, but we left them for a few minutes to enjoy that feeling, which was important.

“They’ve been close to it [league win] in the last few weeks, but to get there away from home at Forest Green, it’s given everybody a huge lift.

“We had a couple of days off as the lads were shattered after the game. We’ve had a couple of good training sessions this week – we’re trying to slowly instil in the players what we want from them.

“You can’t bombard them with too much information too soon. You have to drip feed it in and that’s why it takes time to get your ideas over to them.”

The manager says he wants to see more of the ‘positivity’ displayed by his charges in the first-half of Saturday’s game, during which the Stags raced into a two-goal lead.

“We saw the positivity that we are looking for in the first-half at Forest Green,” he added. “It was nice to go and get those two goals, which meant when we had to defend in the second-half, we were defending a two-goal lead.

“We want to see more of what we saw in the first-half at Forest Green. We want to take the game to teams when we can and play with a bit more freedom.

“That’s the most difficult aspect when you’re down there, to play with that freedom. That’s why if we can get ourselves to a position of relative safety, the players can really relax and play a bit more.

“It’s going to be a battle. It doesn’t matter how you get the results – if you come under the cosh and end up getting the three points, that’s all that matters at the moment.”

After Thursday’s announcement that EFL clubs are now able to make five substitutions per match, the boss shared his thoughts on the rule change.

“It [new rule] just gives you more options once the game is in play. It means that if you make two together early on in the game and want to make a third, you’ve still got more options up your sleeve.

“I think for some of the teams that have the luxury of going ahead by two or three goals, it gives them an opportunity to blood some youngsters, which is always a good thing.”

Nigel Clough also looked ahead to Friday evening’s contest against Colchester in Sky Bet League Two. He said: “We will try to approach the game and be as positive as we can – home and away.

“If we can, we want to be positive and go forward, as we were in the first-half at Forest Green. If we can get a goal or two ahead, it’s much easier defending a lead, rather than chasing one.

“They [Colchester] are an extremely good team and they are another team, like Forest Green, who have settled into a pattern of play. 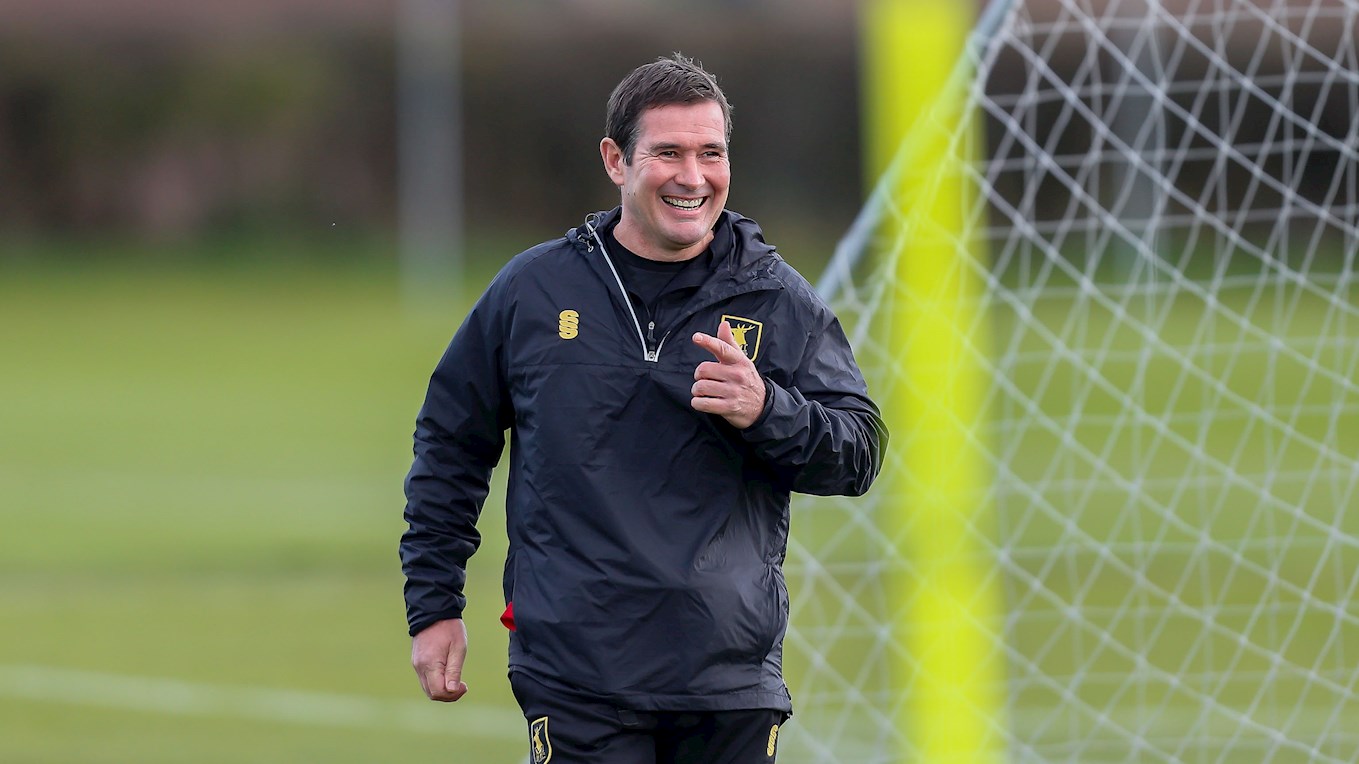 “They are one of those teams that are more than capable of being up there around the top six or seven.”

There was also an update on midfielder George Maris, who was substituted during the first-half of Saturday’s win due to a rib injury.

“He [Maris] has not done anything [in training] so far. His ribs are sore – he’s had an x-ray and they’re not fractured or cracked, which is good news.

“It’s very much a comfort thing. Anyone that has had a rib injury will tell you that it can be very uncomfortable for quite some time.

“Sleeping is the most difficult thing as every time you turn over, you just get pain. Until he feels right, I think he’ll be unlikely to be involved.

“It’s just Joe [Riley who remains injured]. Everyone else has come through training this week and we’ll have pretty much the same squad [for Colchester].”

Friday night’s match against Colchester is available to view live on iFollow Stags for £10. Click here to purchase your match pass for the fixture.