Manager Nigel Clough says his players are growing in confidence, after the Stags stretched their unbeaten run to four games with victory over Scunthorpe United this evening.

Mansfield followed up Saturday’s 1-0 Emirates FA Cup win away at Sunderland with a 2-1 victory at the Sands Venue Stadium tonight, with goals coming from defender Ryan Sweeney and striker Jamie Reid.

Nigel Clough, who was officially taking charge of his first Stags’ fixture after his appointment last Friday, says his side could have won by a greater margin against the Iron.

“I was very pleased with the performance and thought we deserved to win by more than the one goal,” he said.

“But their lad has put one in from 25 yards with 15 minutes to go and it’s given them a lift. Aidan Stone made a great save from a corner and kept us in it. 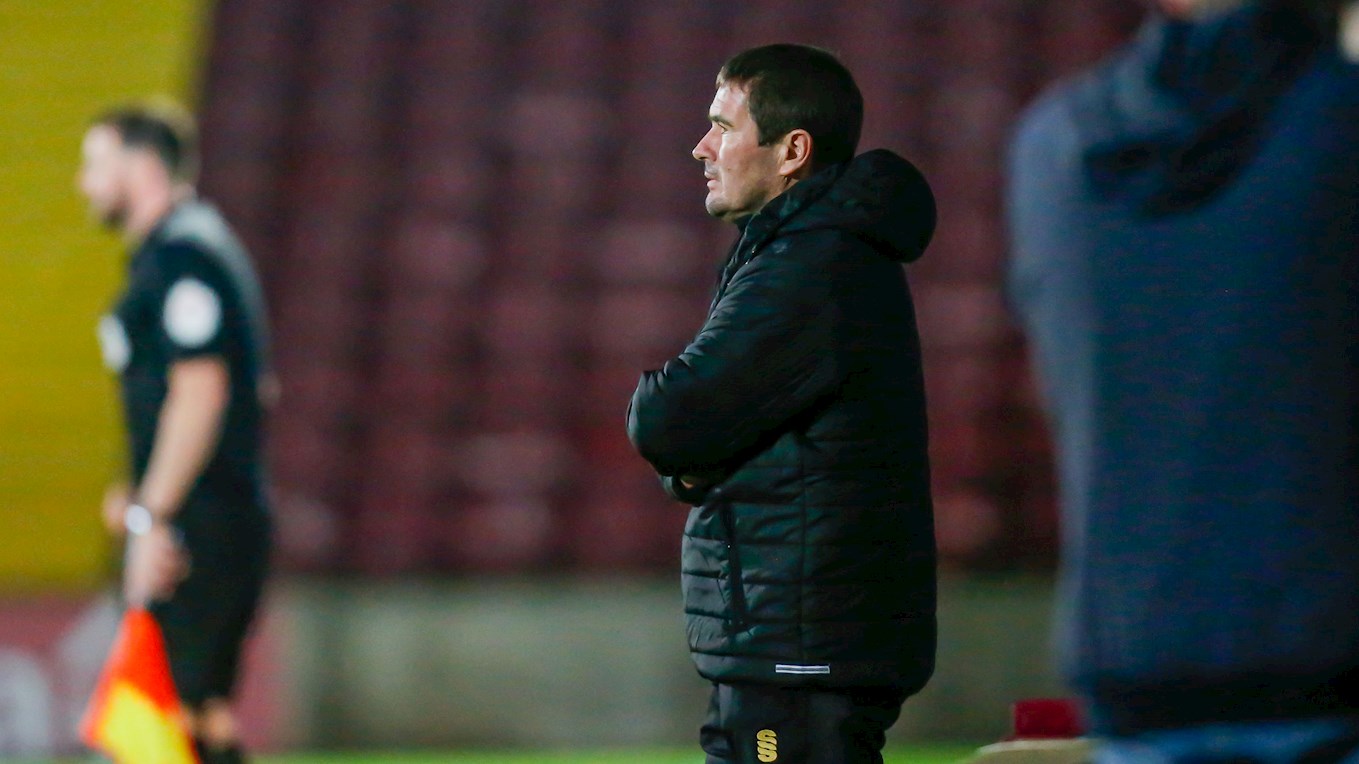 “Over the course of the game, we were very pleased and I thought we should have scored more goals tonight.

“When you have strikers that we have, they rely on the service from wide areas. So let’s get the ball wide, get some good crosses in the box and provide them with some good chances.

“It’ll be tough at Forest Green on Saturday, but to go into it on a four-game unbeaten run, I think it’s great.

“Hopefully you can sense the players’ spirits lifting a bit as they grow in confidence, and [they] really want to take it on from here.”

After fielding a mixed side for Tuesday’s Papa John’s Trophy outing, the boss was full of praise for his younger players. 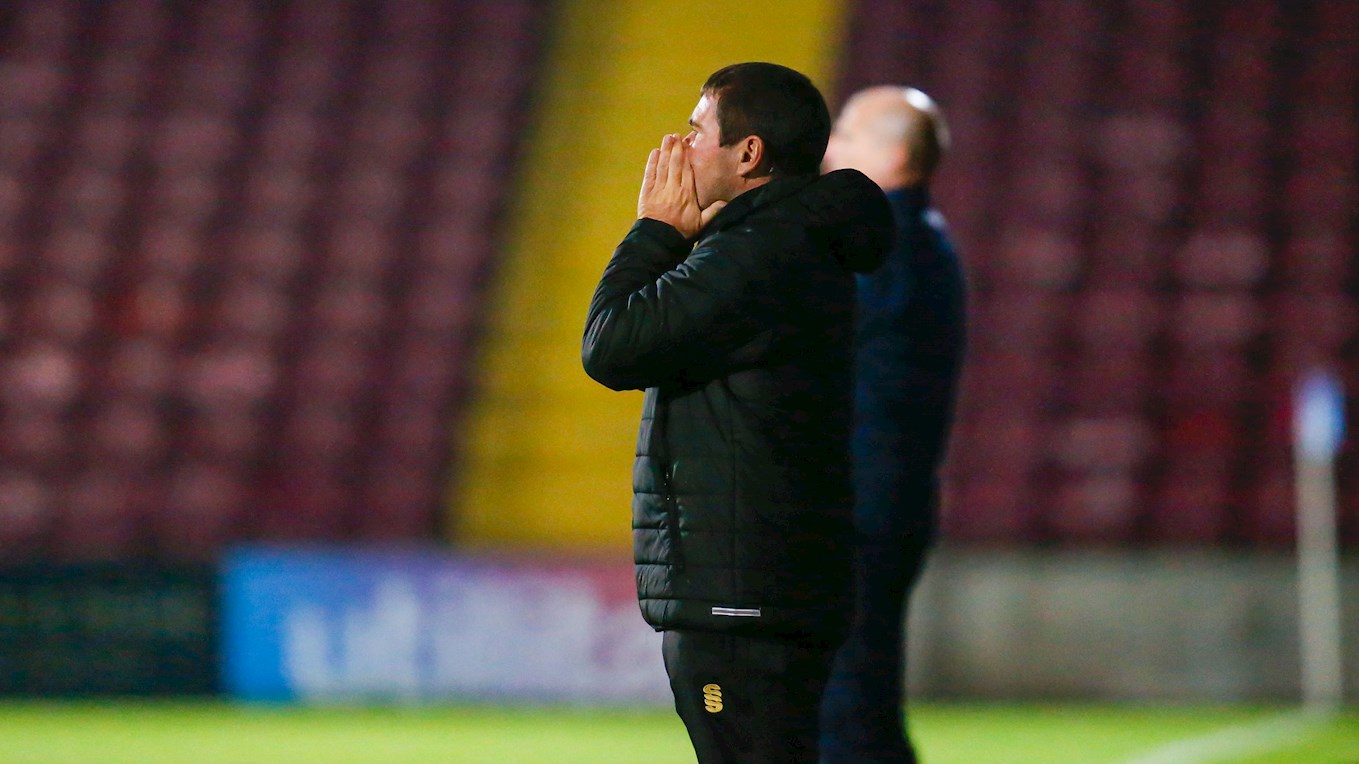 “It was important for us to see them [players] as well as them getting minutes.

“It was good to get Ollie Clarke back on the pitch as well, as he’s been out for about five weeks. It was lovely to get him back out on the pitch. He’ll be in contention to be back in the squad on Saturday.

“[Tonight] was a good opportunity for the young players, Cooky [Andy Cook] and Reidy [Jamie Reid] needed a game and Ryan Sweeney needed the 90 minutes after two weeks out.

“Generally, I was very pleased. There was a mix of the younger players and the senior ones – you ask them to go and give everything to try and win, and they did that.

“They [younger players] did well. We only brought Ali Smith off because we wanted to put Ollie Clarke on. 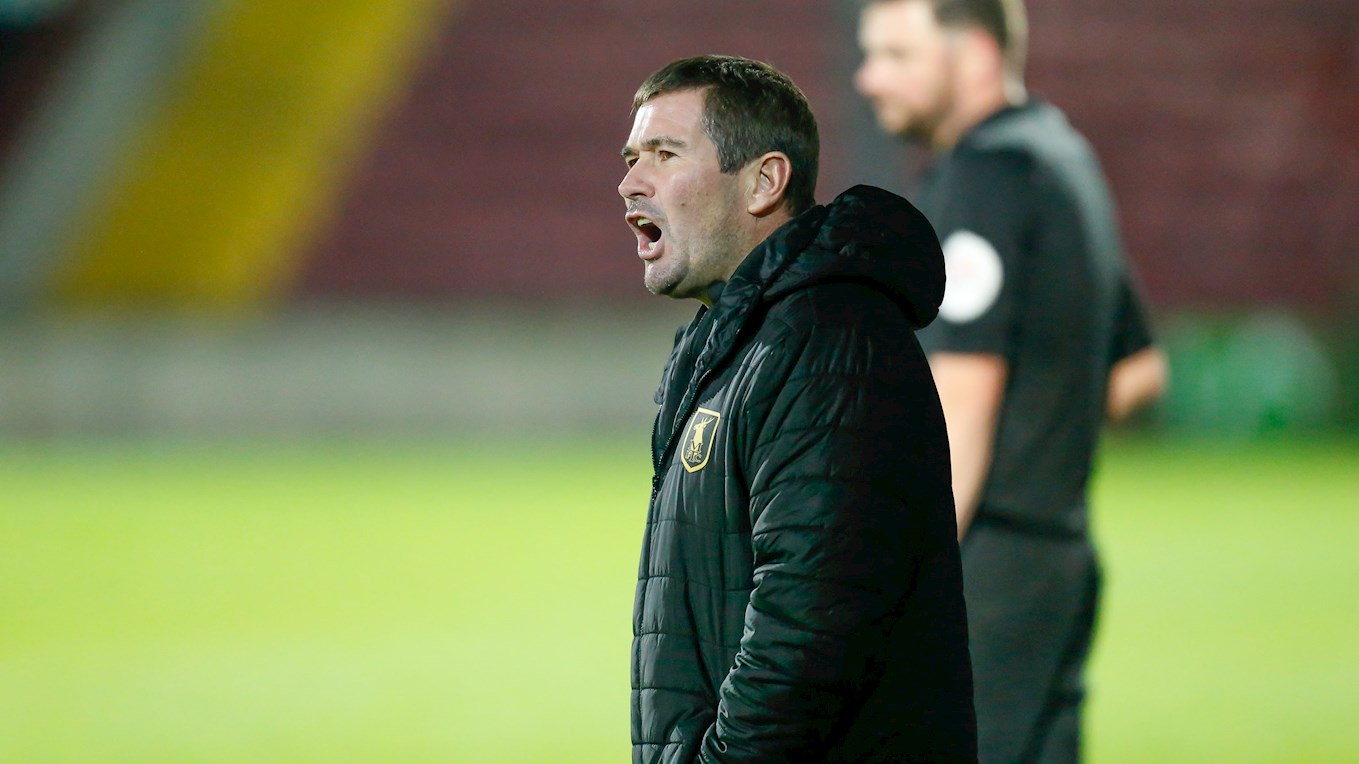 “I thought Clarkey [James Clarke] did well at right-back and Jason Law as well.”

Nigel Clough says the management team will also continue to ‘assess’ the Stags in the run-up to the January transfer window.

“We’re going to be assessing them [players] over the next seven weeks ahead of the January window.

“We like the honesty, work rate and work ethic that we’ve seen so far. I think we can improve in certain areas.”