Richard Cooper has spoken of the ‘great feeling’ that this afternoon’s win over Sunderland has brought to the Mansfield Town dressing room.

A second-half header from George Lapslie saw the Stags book themselves a place in the second round of the Emirates FA Cup.

Cooper, who took charge of the Stags for the final time this afternoon ahead of Nigel Clough’s first game as boss – against Scunthorpe on Tuesday - says Mansfield’s performance against Sunderland had ‘everything.’

“We’re delighted,” he said. “I’m pleased as anything for those players in that dressing room after what they’ve given over the last ten days – they’re an absolute credit.

“To come to a stadium like this and actually get that victory means a lot. We showed togetherness, commitment – it [performance] had everything.

“We thought we played some good stuff and it was a great header [from George Lapslie]. As soon as it left Kellan’s [Gordon] foot, you saw Laps in the box and it’s hit the back of the net. It was a great feeling.

“I think after Tuesday night, sometimes I think you have to live through those [nervy] moments. But getting through that makes the win even better. 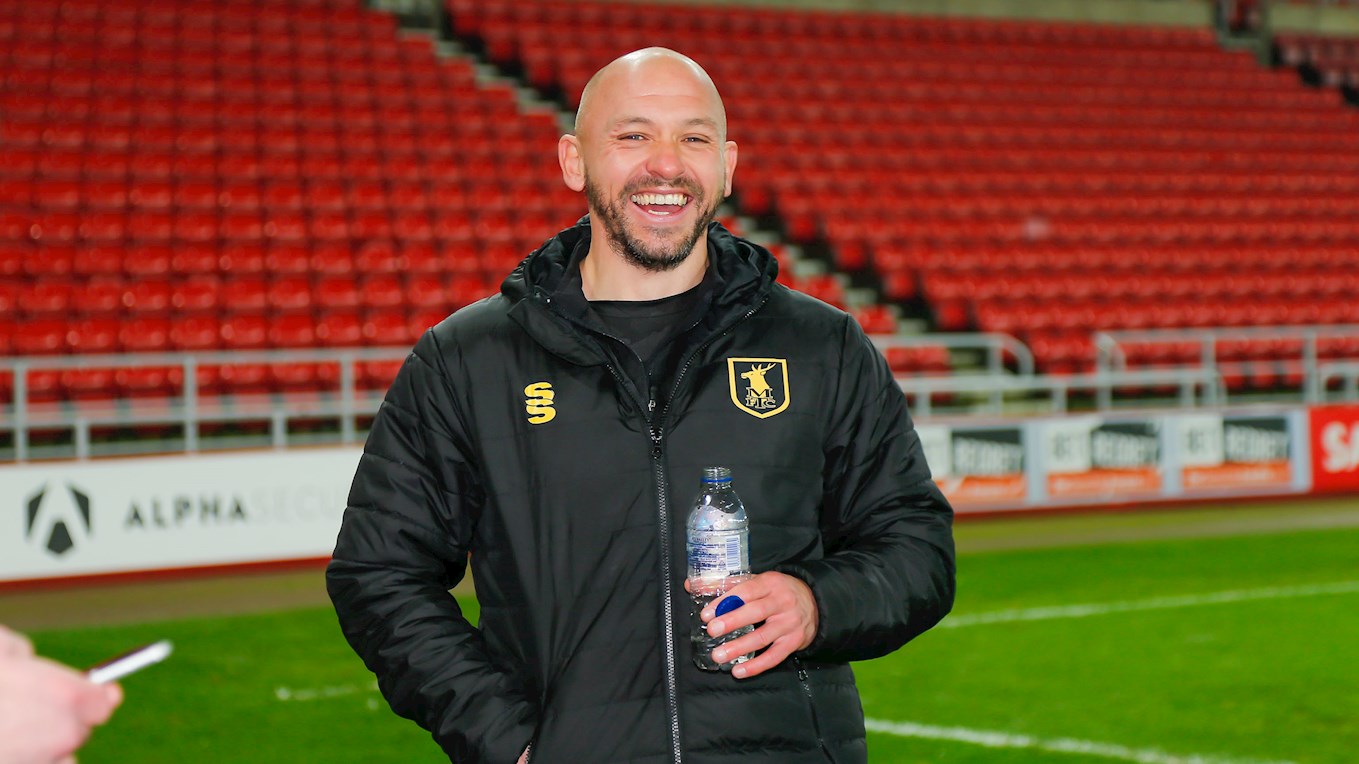 “We’ve got something to build on now. Hopefully the players can kick on now and start climbing the table.

“We gave the players ownership at times to make their own decisions and at times they’ve shown some really positive play.

“Not everything has been perfect but the players deserve a lot of credit. So let’s keep this feeling going.”

Cooper also spoke of the influence that new boss Nigel Clough had on today’s outstanding victory.

“The gaffer [Nigel Clough] has been great,” he added. “He popped in on Friday and gave some messages and encouragement before the game. 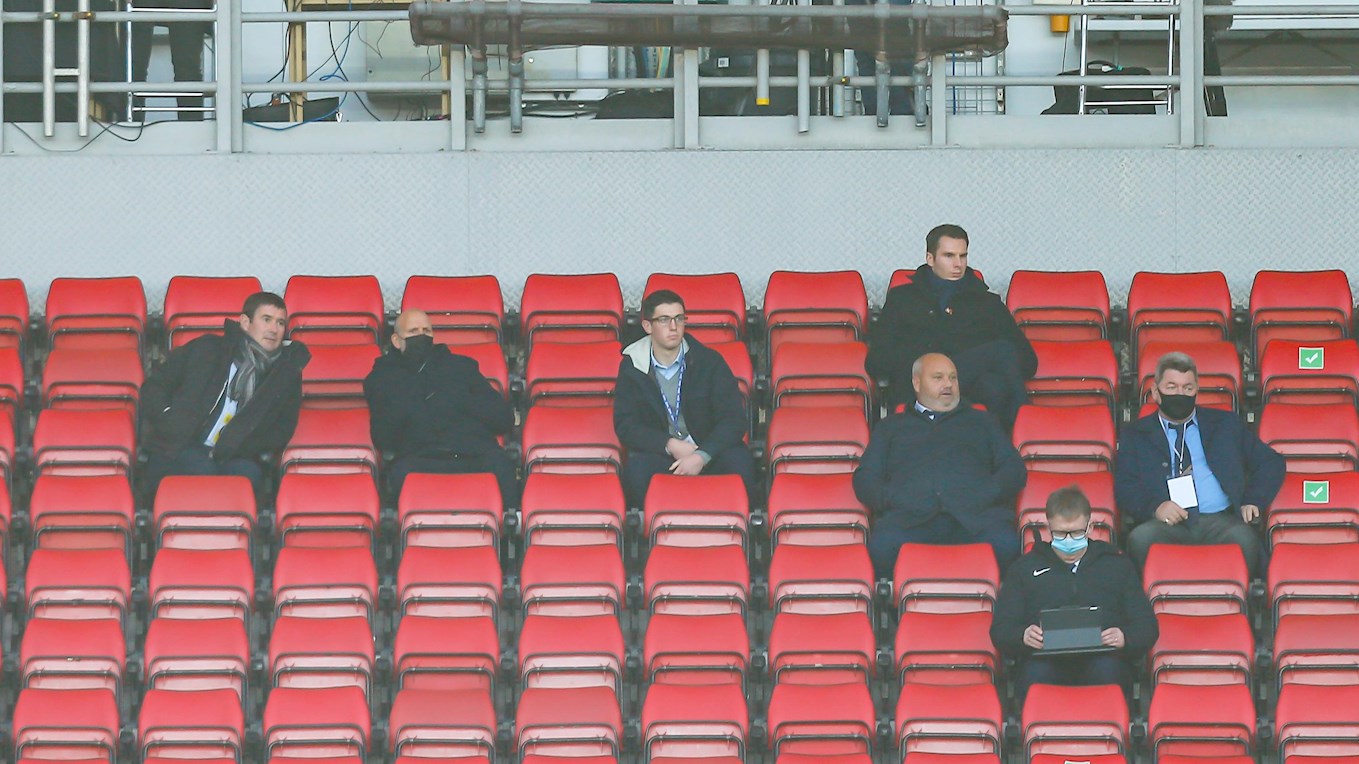 “He came in at half-time and I think I could hear him a few times during the game as well!

“It was nice to finally hand over the team to him. We’ve got a win and the academy are right behind him.

“Having the gaffer in and around it meant a lot and it was a great feeling. We’ll do our utmost [as an academy] to continue supporting the first team and hopefully we can get some players in there.”

There was also a comment on the performance of frontman Jordan Bowery. 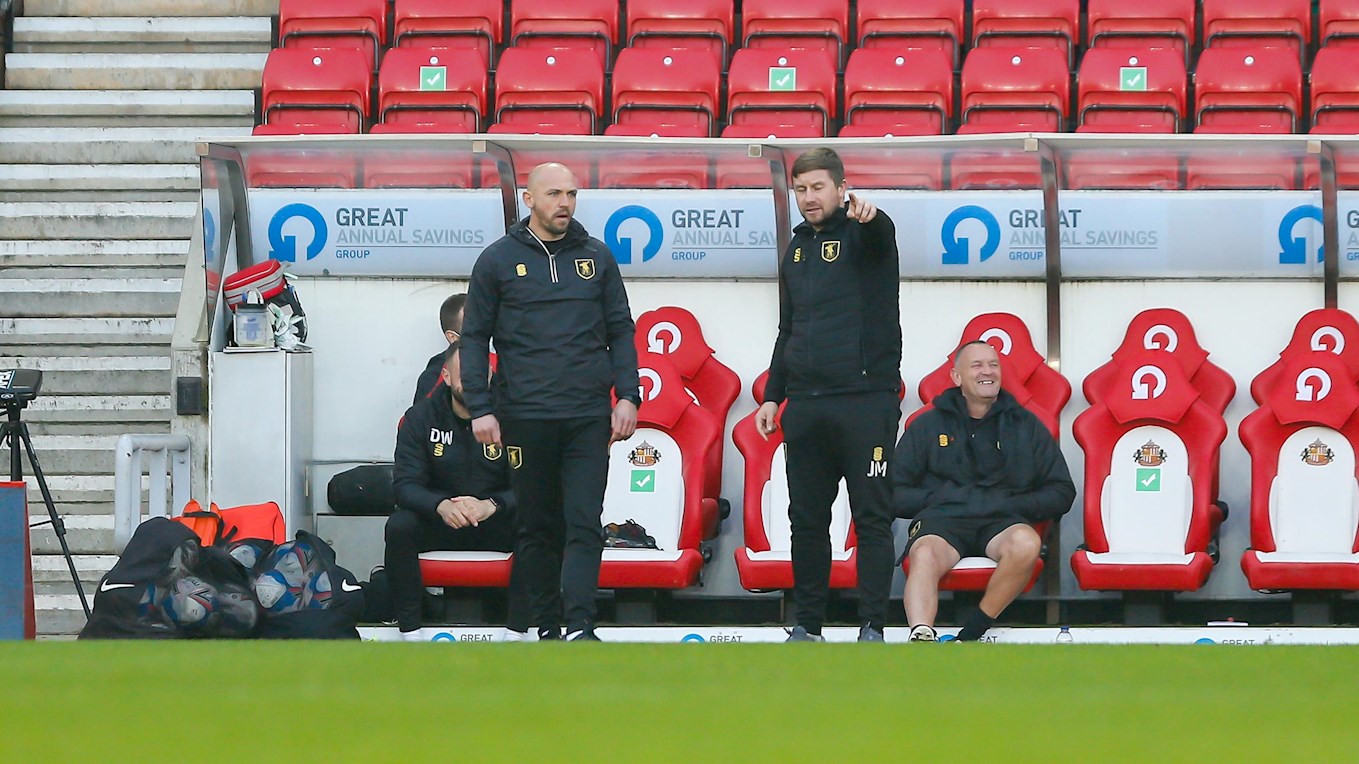 “He [Bowery] is a man possessed for me. I thought his performance was as a real leader and a character in both boxes.

“He was really unselfish and the running he gets through, he’s always for the team and not himself.

“It was another brilliant performance from him.”