Mansfield Town is delighted to announce the appointment of former Wigan Athletic chairman David Sharpe as its new director of football.

The 29-year-old will further enhance the club’s football structure, working closely with manager Graham Coughlan and his staff.

After studying business management at university, Mr Sharpe worked at Wigan from an early age, before being appointed as a director in 2014.

In March 2015, he became the youngest chairman in the history of English football at the age of 23, taking over from his grandfather David Whelan, with the pair delivering unapparelled success to the Greater Manchester club.

In November 2018, he completed the sale of the club to a Chinese consortium and has since worked as an advisor to board of 366 Group – a highly experienced organisation with over 80 years combined experience in media and sports management. 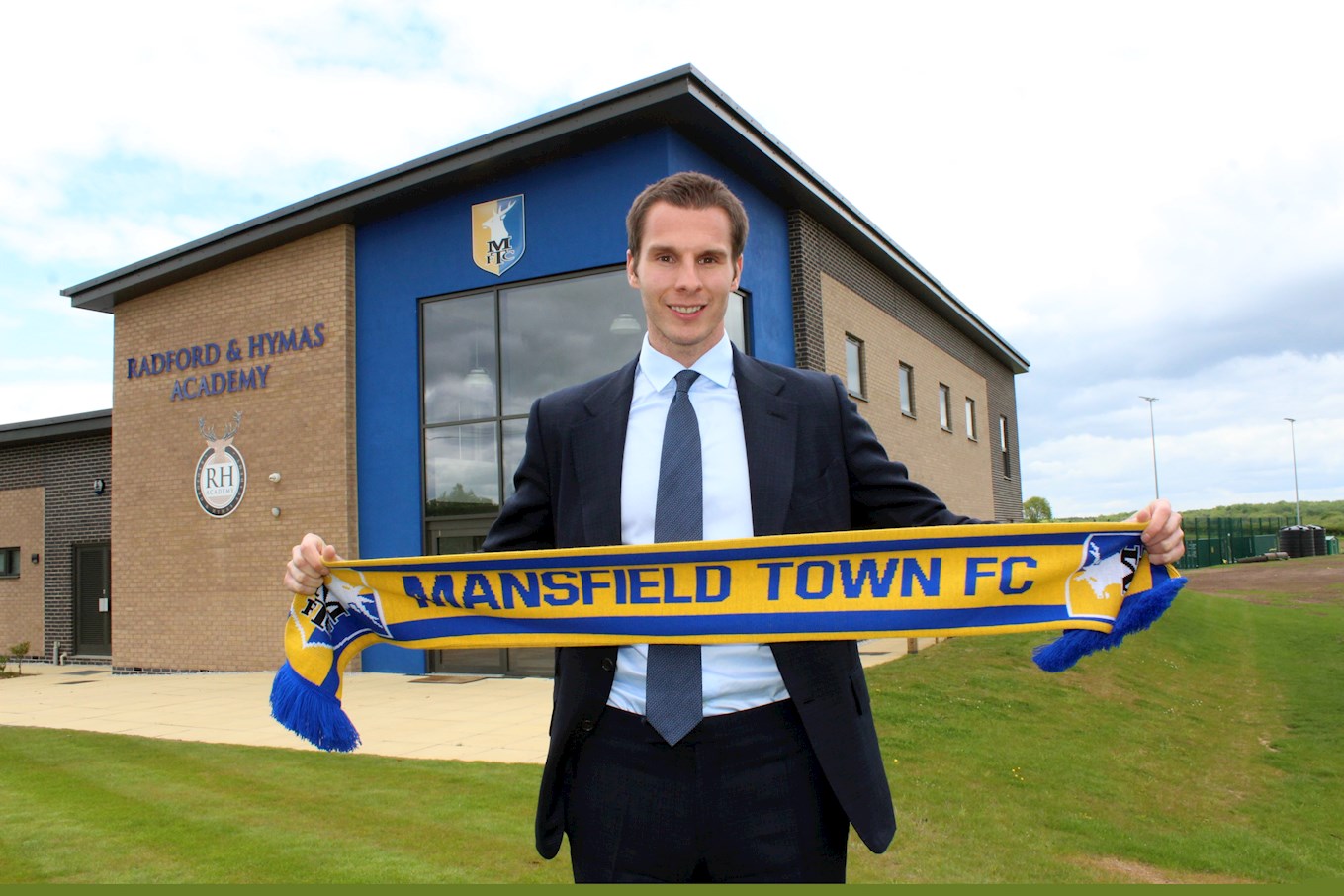 In a joint statement, owners John & Carolyn Radford said: “We are greatly looking forward to working with David, whose credentials and achievements within football and business are there for all to see.

“At Wigan Athletic, he worked closely with the likes of Roberto Martinez, Uwe Rosler and Paul Cook, amongst others, in masterminding the success which they delivered to the Latics, whilst developing a network of contacts within football and business.

“This expertise and experience, as a director and chairman of Wigan, will now be of real benefit to Mansfield Town as we endeavour to build on the strong foundations which have been made at One Call Stadium.

“David has an infectious passion for football and business, a notable track record within the industry, and the contacts and skills to help the club grow and prosper.

“David will oversee the football structure and will work to implement his recommendations to support both the football operation and the board of directors during this uncertain period for the game and beyond.”

Mr & Mrs Radford added: “Separately, we’d like to take this opportunity to send our warmest wishes to our supporters and their families during this challenging time for everyone.” 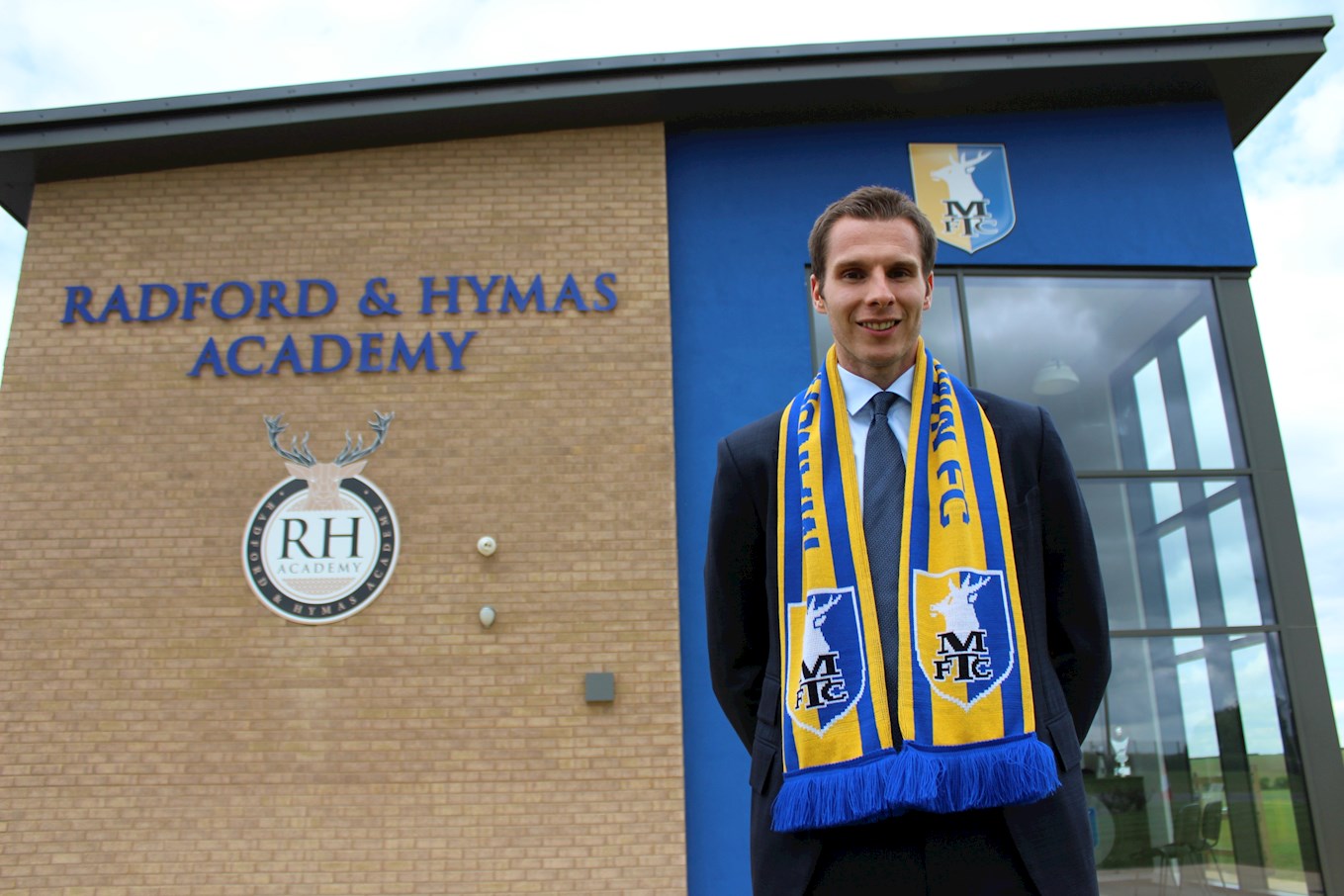 Mr Sharpe commented on his joining the club: “First and foremost I would like to thank the chairman and Carolyn for the opportunity to become the first director of football in Mansfield Town Football Club’s history.

“Since I stepped away from Wigan Athletic 18 months ago, I’ve always had a burning ambition to be involved with a football club again and although various opportunities have presented themselves, this is the only club that felt the right fit. I’m immensely proud and honoured to now be the director of football at Mansfield Town.

“It is a club which I have followed from afar over the last few years and I am excited to support the chairman and Carolyn in helping them to fulfil their ambitions for the club and the town.

“They have provided a fantastic platform for the future of the football club and continue to commit a significant level of investment. I hope, in my role, to add to the solid foundations and infrastructure already in place from the academy up to the first team.

“I look forward to working closely with Graham Coughlan and all the staff at the football club and I have no doubt that once Graham has the opportunity to put his stamp on the squad this summer, our supporters will have a Stags’ team they can be proud of next season.

“Until then, I echo the sentiments of the Chairman and Carolyn’s messages and wish you all well in this challenging time.”

Mr Sharpe added: “Finally, on a separate note, I’d like to thank all at the 366 group, where I’ve acted as an advisor to the board for the last year. I believe the company will continue to progress in establishing itself at the forefront of sports marketing and athlete representation.”