Midfielder Will Tomlinson revelled in delight after scoring his first Mansfield Town goal to clinch a 2-1 victory over Northampton Town at the PTS Academy Stadium.

Mansfield’s No. 16 raced clear after finding himself alone inside the centre circle and duly slid the ball beyond goalkeeper Steve Arnold to rubber stamp all three points.

And Tomlinson subsequently shared his excitement at scoring his first-ever goal in the English Football League.

“I was on a yellow so I went to celebrate with them [the fans] then had to check my run,” he joked to iFollow Stags.

“I thought I can’t get booked again before Sweens [Ryan Sweeney] picked me up and tried to carry me in!

“I’ve never seen the lads so excited for a player to score a goal, to be fair – I’m delighted. I’ve been waiting a long time. The gaffer’s been playing me further forward, picking up seconds and driving forward so I knew I’d get chances. 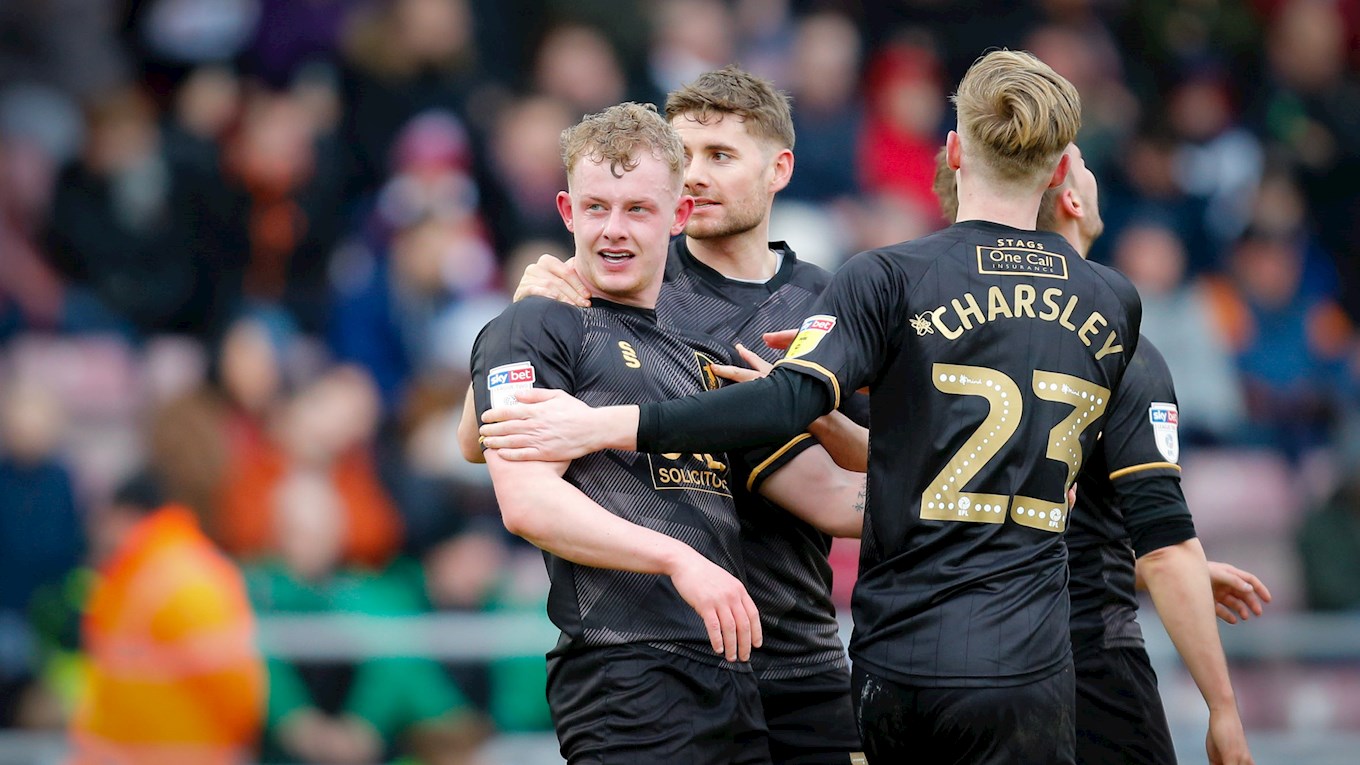 “I had the same chance against Cheltenham two weeks ago. I was away and it hurt me because I wanted that first goal, so I came in on Monday, had a look at it and thought about what I could do better.

“Luckily, I got another one today and took my chance.”

Six yellows and one red card were brandished on an afternoon of high-tempered Sky Bet League Two action, yet it was an outcome that Tomlinson and his side were prepared for.

“We knew it was going to be a tough game when we came here.

“They’re a long ball, pick up the seconds, fighting team and I think we had enough quality to match that and then go and win the game by being more technical – I think it showed.

“I think I’ve just had my first head injury after 50-something games, a few of the boys have cuts and bruises so we knew what we were getting into. But we’re delighted to get the win.” 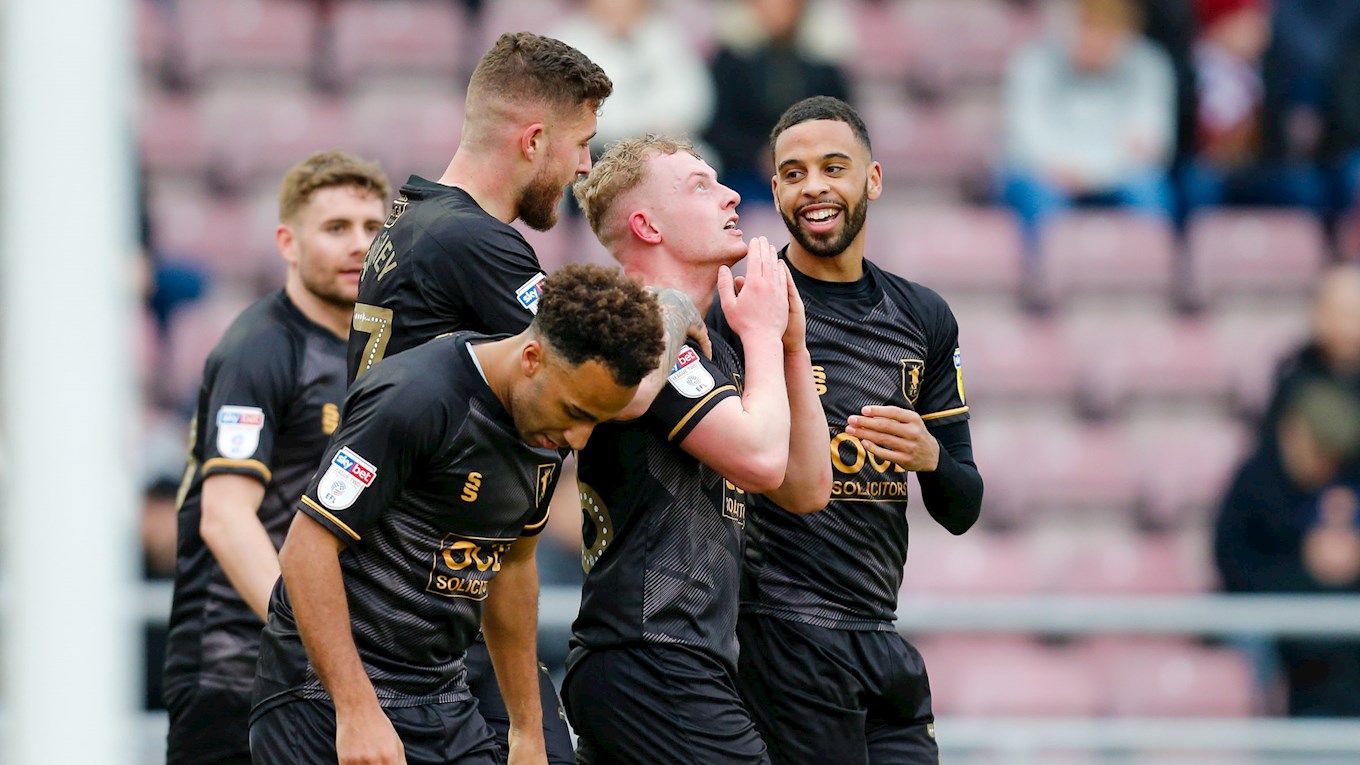 “The plan was to come out and get a second," Tomlinson added. "The gaffer told us what to do in the second half, where their weaknesses were and I think we played on them.

“I think we dominated most of the game up until the 92nd minute and we’re all disappointed because we’ve conceded a goal when we should have seen the game out.

“We shouldn’t have been on the back foot in the last five minutes but I can’t complain because we’ve got the win."