In Tuesday morning’s news conference, goalkeeper Aidan Stone discussed the ‘massive’ impact working with three England international goalkeepers at Burnley had on his development as a player.

Stone, 20, has been Mansfield’s starting ‘keeper in the last two games, after arriving at One Call Stadium from the Clarets in the summer.

The shot-stopper – speaking to iFollow Stags – explained that working with the likes of Nick Pope, Tom Heaton and Joe Hart still has influences on his game today.

“In my first season at Burnley, Nick Pope wasn’t an England international, so it was more Tom Heaton,” he began.

“But then Joe Hart joined the following summer and they’d all represented England. You get the chance to train with them after watching them on TV for the last five years, so that was a bit surreal at the time.

“They do a lot of work in the gym to maintain their bodies to keep at that optimum performance level. 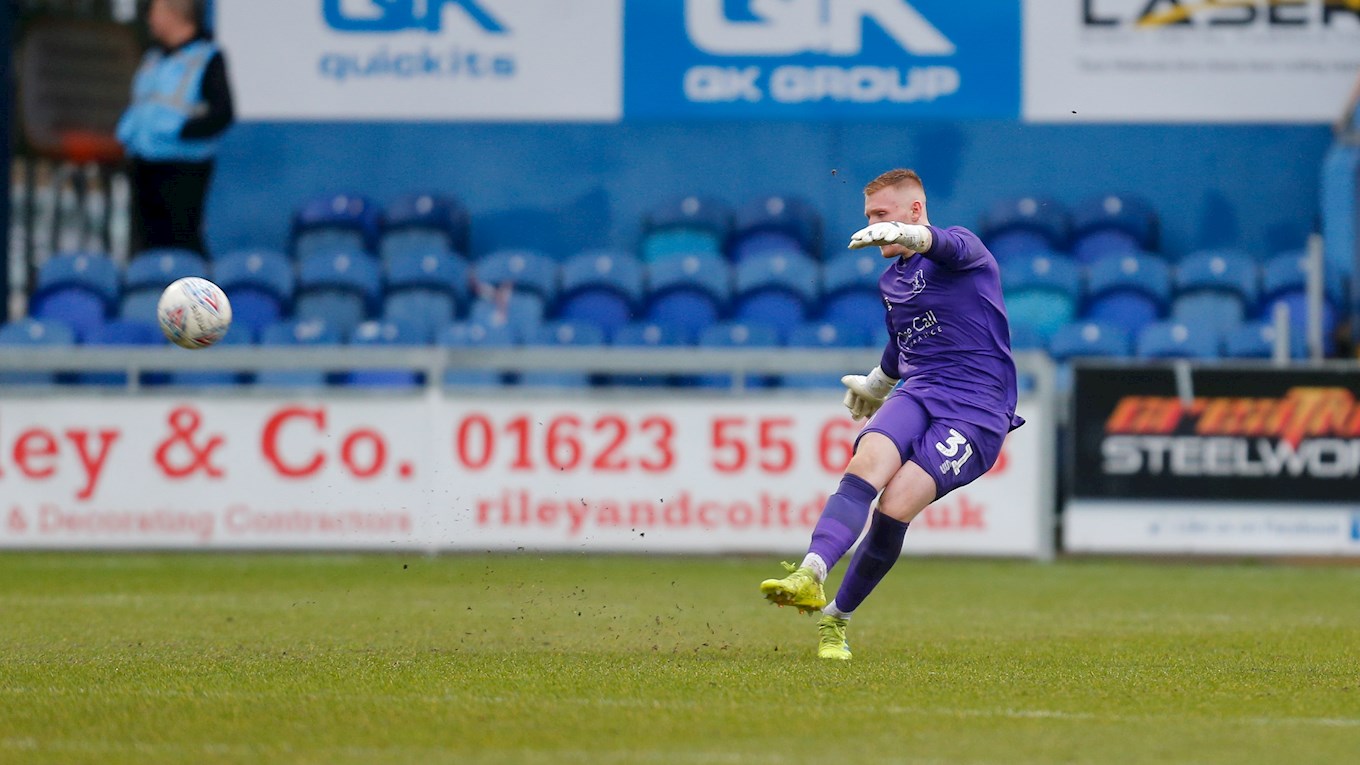 “Me and Tom Heaton did a lot of work in the gym and I tried to take the exercises he was doing into my gym programmes. I still try and do that now.

“Learning from the best was massive for me. It’s nice to have them as colleagues but also as friends.

“Nick Pope sent me a message after the Newport game, congratulating me on my debut and telling me to keep working hard and doing what I do best.”

Stags’ no.31 also spoke of his season so far, and his rise from third-choice goalkeeper to number one in recent weeks, making his debut in the 1-0 home win over Newport.

“On a personal basis, the season has been good. Obviously at the start of the season, I was in and around the first team. Getting to know a lot of the lads and being in that first team environment was where I wanted to be,” he added.

“When you have the likes of Conrad [Logan] and Bobby [Olejnik], who are top goalkeepers, I knew it was going to be tough [to get in the first team]. 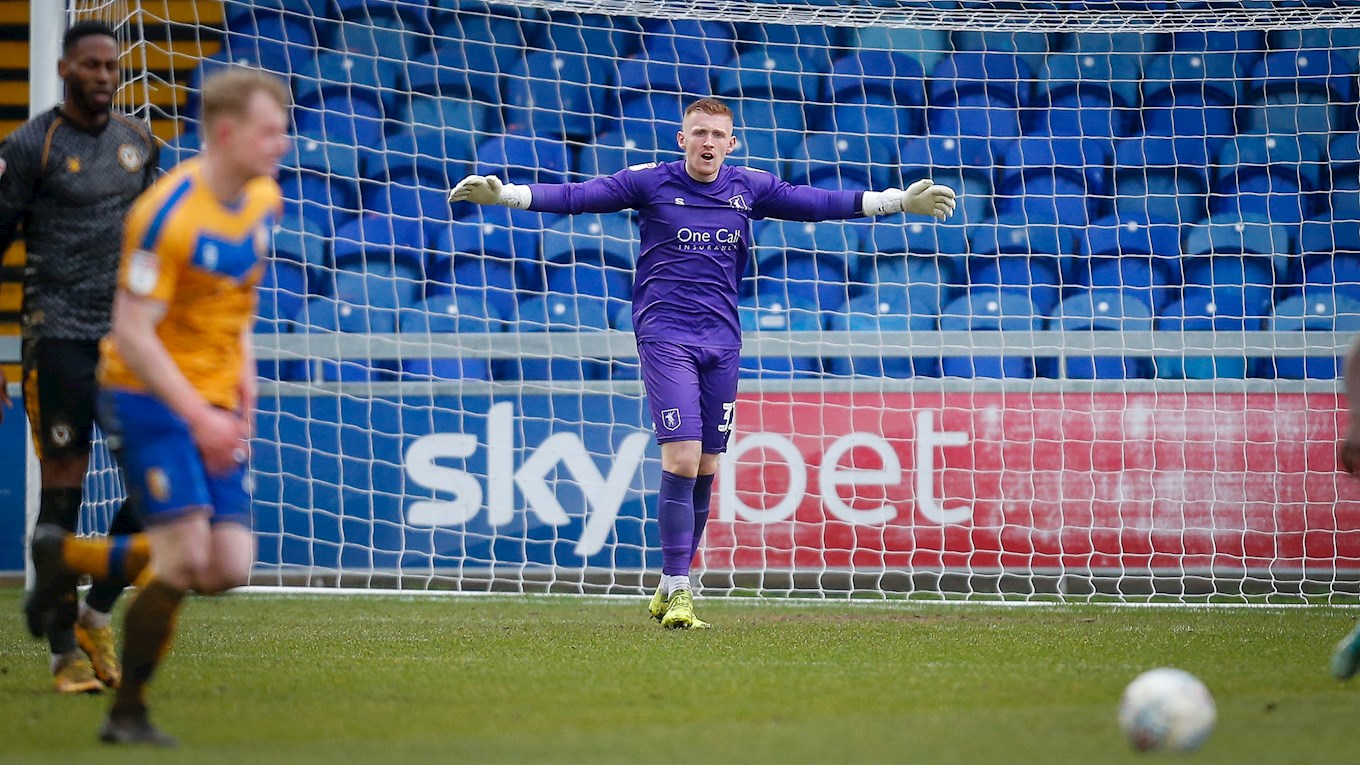 “But I’m just happy to be given the chance and want to play as many games as possible, taking it game by game.

“I’m grateful for every opportunity that I get – getting the chance to come here and keep pursuing the career that I’ve always wanted was massive for me.

“[I knew I was starting against Newport] on the Friday. The gaffer [Graham Coughlan] told me just before we had our meeting and said ‘are you ready to play tomorrow?’

“I was a bit in shock at first, but it was something throughout the whole evening I was then looking forward to. There’s that element of excitement, but you have to then focus on doing your job in the game and taking all of that excitement away.

“I was hoping for a clean sheet before the game – the boys defended really well and I didn’t have a shot to save. That’s testament to the lads, bouncing back after Leyton Orient.

“It was a frustrating one [at Cheltenham] – I think a lot of the boys were hurt after the game, because we created so many chances. 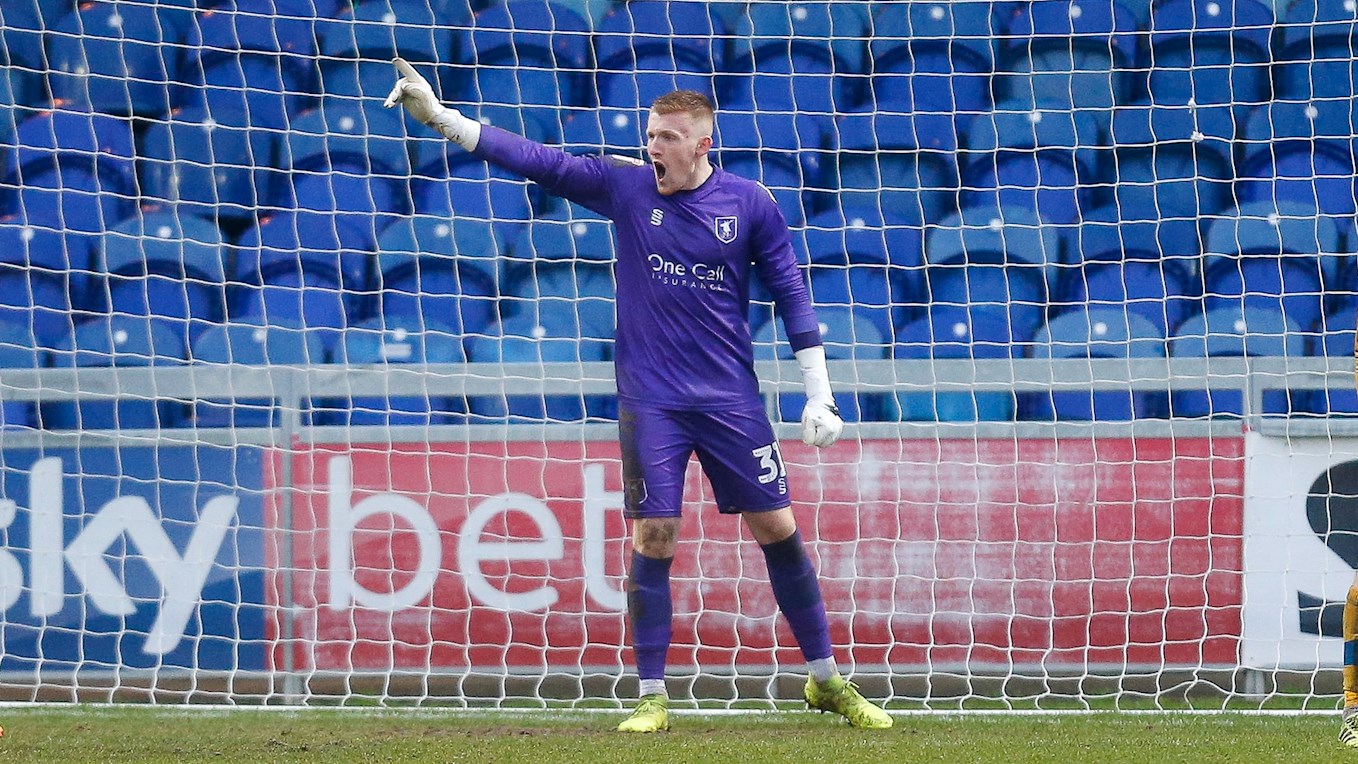 “For us to concede a goal like that – don’t get me wrong, it was a really good cross – but we look back on it and we’ve done really well in that game.”

The goalkeeper also spoke of his main assets as a player, saying: “My main quality is my talking – I like to be very loud on the pitch. It keeps me focused and it keeps the lads in front of me focused as well.

“If you have a constant voice behind you, it keeps you mentally and physically switched on.

“I do pride myself on my distribution and my kicking as well. The things I’d like to work on is my power.

“I’ve been working on different power sessions outside and in the gym to try and get my level of performance higher.

Stone, speaking of the appointment, explained the influence that McDonagh has already had on himself and fellow goalkeeper Bobby Olejnik during his short time so far at the club. 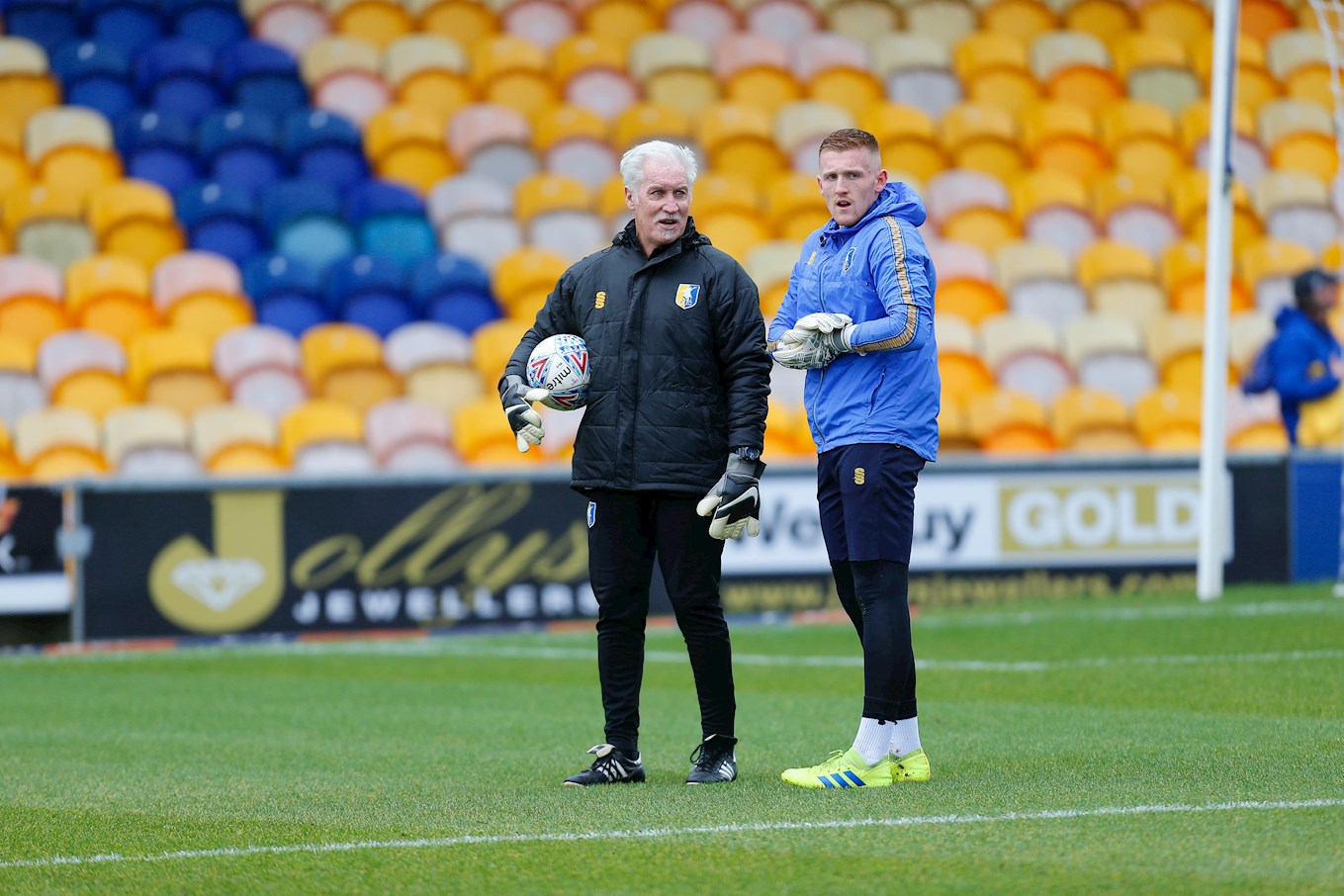 “Goalkeeping now is not just about saving shots, it’s playing out from the back – we’re basically outfield players who are able to use our hands.

“That’s what he gets across to us every day, and we do a lot of work on distribution. For someone like Seamus to come in and work with us, it’s really good for me and Bobby [Olejnik].

“It’s massive for me because I’m only young. I only had two years at Burnley, which is really the only coaching that I’ve had.

“Seamus and Sam Wilson [academy goalkeeper coach] are really focusing on individual parts and what we can improve on.”