Defender Joe Riley has reflected on his ‘really enjoyable’ spell at Mansfield Town so far after joining the club in January, adding that performances during his time at One Call Stadium have warranted more points.

The wing-back has made six appearances for the amber and blue so far this term, netting once away at Morecambe in February.

Riley, 28, says that alongside having a good relationship with his teammates and Stags’ management, Mansfield is a ‘really great club.’

“I think it’s a really great club, the lads are brilliant and it’s been easy to settle in. I already knew a couple of them so it made the transition even easier.

“Every day you almost have to treat it like you’re playing for your future – at this level you have to be like that. Hopefully I can keep playing, play well and we’ll see what happens at the end of the season. But I’m really enjoying my time here. 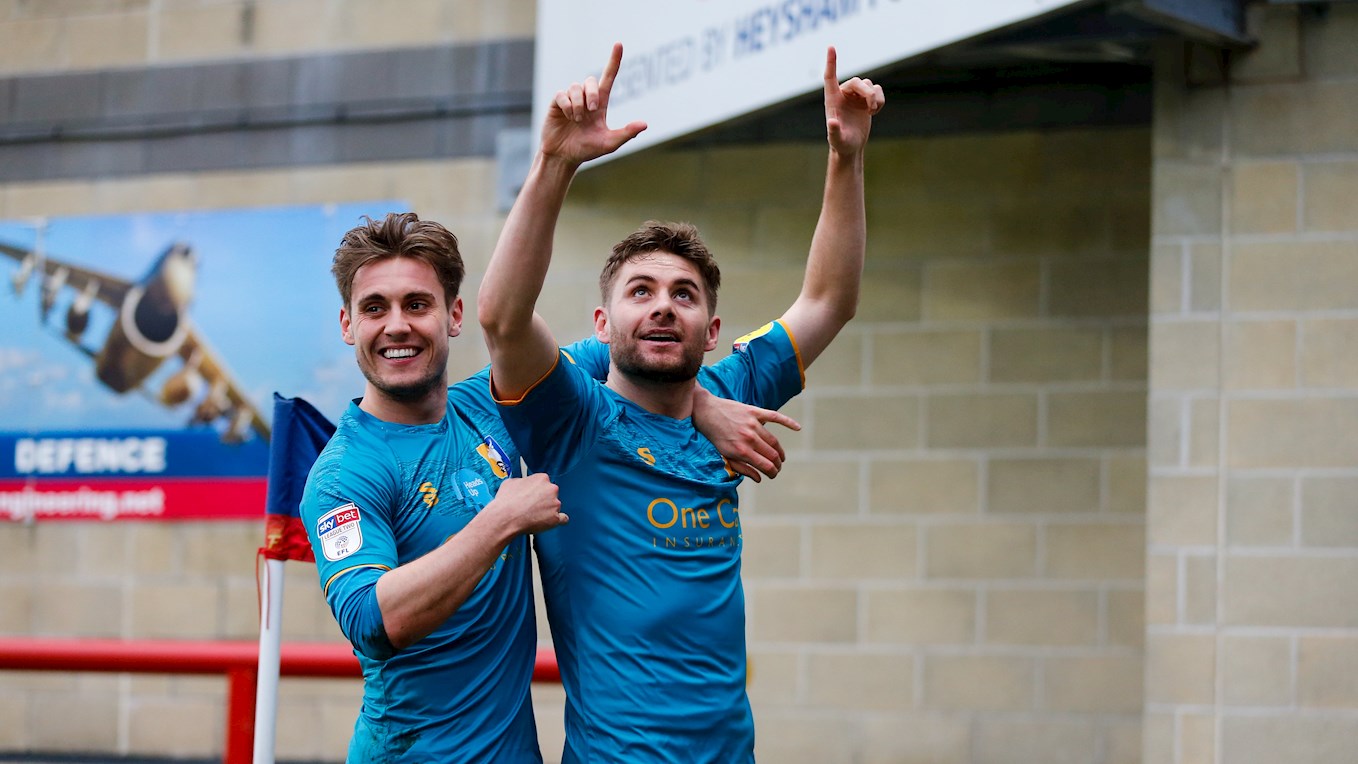 “I really like the gaffer [Graham Coughlan], the coaching staff and the setup here. The main thing for me also is that my family are happy, and they seem to be happy since I’ve been here.

“It’s a move which I’ve really enjoyed and the more wins we pick up now, the better. I think performances as a team have been really good since I’ve been here.

“There’s only probably Oldham away where we were a bit disappointed after the game – other than that it’s been really good and we probably should have picked up more points than we already have.

“We’re starting to turn performances into wins and you say that on Saturday, which was a really fantastic win for us.”

The defender completed 90 minutes of Saturday’s win over Northampton, and said that the Stags displayed ‘character’ and ‘desire’ in abundance in a bad-tempered clash at the PTS Academy Stadium.

“It [game against Northampton] was more like a game of rugby, to be honest. It was a bit crazy,” added Riley. 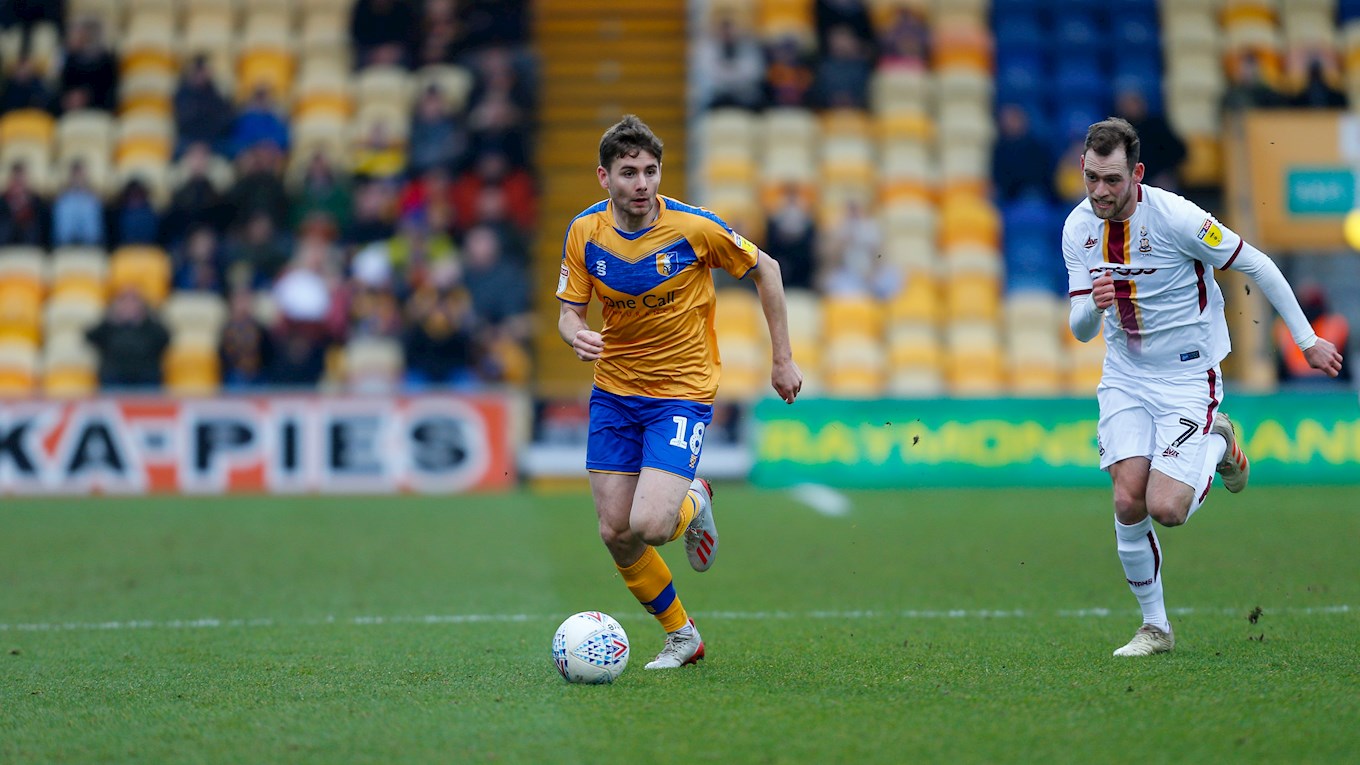 “It felt a bit like that [overly physical] but we had to roll our sleeves up and show that side of us to dig in and get the three points, which we did.

“We showed everything – character, desire – we showed that in abundance on Saturday because they were lobbing balls into our box from left, right and centre and we had to deal with it.

“Our game management, although we did concede at the end, was good as well. We probably should have had a couple more goals as well.

“It did feel like you couldn’t get going [due to the stoppages] – I came in at half-time and felt that I hadn’t even played a half of football because the ball was out of play that many times.

“But the main thing is we got the three points and that’s what we went there to do.”

Looking ahead to this weekend’s match, Riley says that Mansfield are going into the game against league leaders Crewe ‘full of confidence’ following Saturday’s win over the Cobblers. 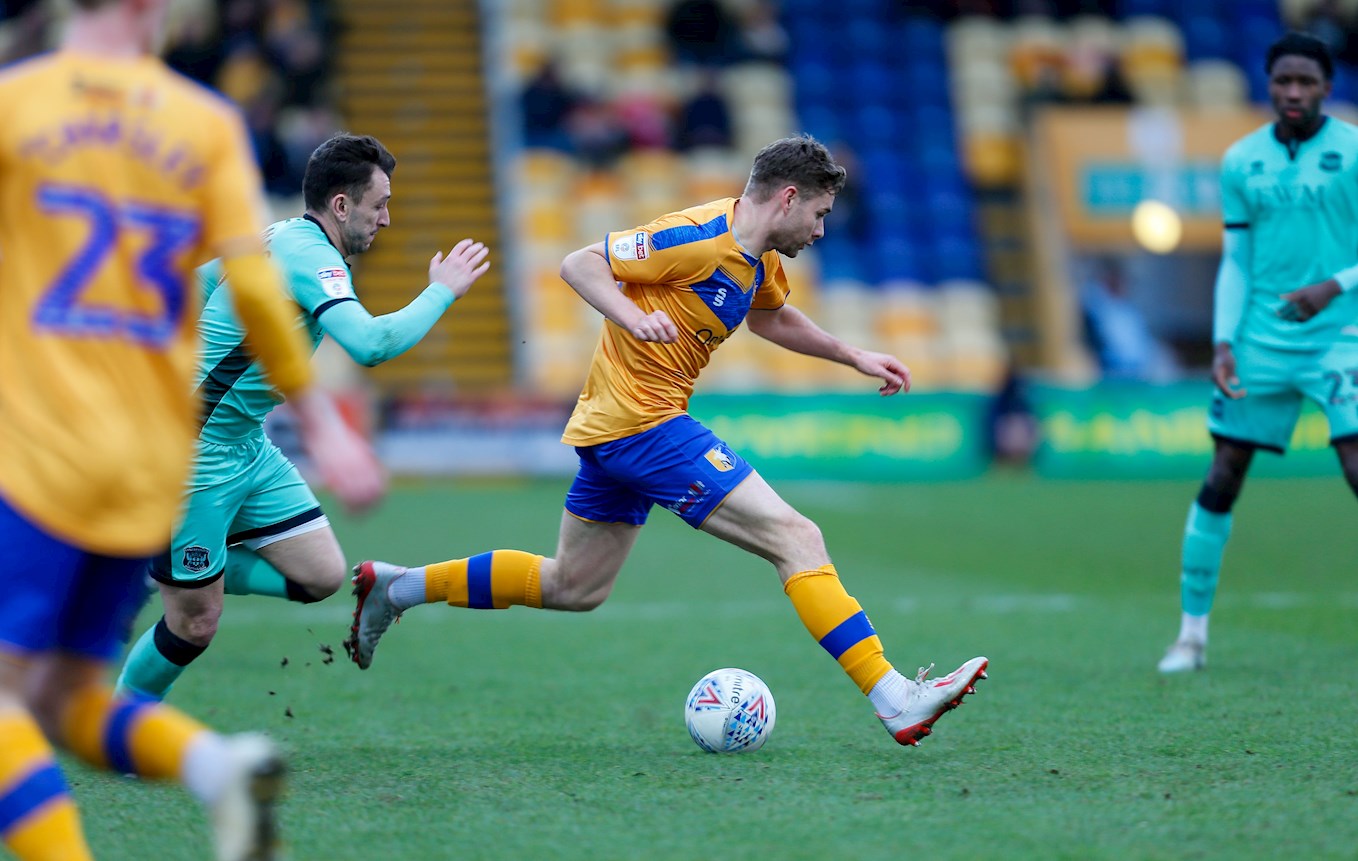 “It [Crewe game] will be chalk and cheese [to Northampton]. Crewe are probably the best football side in the division – them and Plymouth. So we know what they’re about and they have some really good players.

“It will be good to come up against a really good side in Crewe – I played them once at the start of the season [with Plymouth] and managed to beat them, but we came off the pitch thinking they some really talented players.

“Crewe are a very good footballing side and the players all take the ball in tight areas. They have some really talented young players who will all go and play higher and are really comfortable on the ball.

“We’ve said it before in the dressing room that whenever we’ve come up against the top sides in the division, we’ve always seemed to match them.

“We’re going into it full of confidence now which is a good sign, because confidence is slowly turning as well.”