We spoke over the phone with chairman John Radford to get his reaction to the postponement of fixtures and the closure of One Call Stadium. Here's a full transcript of the interview...

Chairman, good to be speaking with you. I want to firstly take you back to last Friday. What were your initial thoughts and reaction to the EFL’s decision to postpone games until at least 03 April?

“I was quite pleased [with the decision to postpone games until at least 03 April]. It was something I was thinking about the day before – ‘should I let the game go ahead?’

“I spoke to the EFL and we have to follow their rules. So I put a statement out saying ‘please don’t come to the game if you’re feeling unwell or over 65.’

“Now is a time to take responsible action and I can’t see football going ahead for the next two to three months.”

Obviously people’s health and wellbeing is most important – more important than anything - but could I ask you about the initial impact that the postponements will have on the club itself?

“This could last for five months and we could be in a situation where we’re not having sporting events for quite a few months.

“I’m glad we’ve closed the stadium and I’m glad we’ve started to social distance. But if we don’t start acting now, hospitals could be full and there could be lots of people who become very sick. So we have to be careful.”

Today you’ve announced the closure of the stadium, Sandy’s Bar & Kitchen and all commercial and entertainment events.

“Yes, I think it’s the responsible thing to do. We can still work and still operate from home. Shops and chemists will still operate.

“The luxuries are going to go – you’re not going to be able to go out to any real big social gatherings.

“We have to, at this stage, because of the importance of this, look at the worst-case scenario. Don’t be selfish, isolate yourself, keep yourself away from your fellow humans as much as possible, to stop spreading this disease.”

In the initial term, it was said last Friday that the initial shortfall would be covered, but heading forward – and I appreciate that this is all hypothetical at this stage – how do you ensure that the club is on a good financial footing in the short term?

“The football club does rely on its stadium income and Sandy’s Bar & Kitchen being open, so that income has to be made up from somewhere.

“I’m not a bottomless pit of money, and I feel sorry for restaurants and other businesses that will very quickly run out of money.

“In the short term, I think we’ll be okay – but there has to be a long-term plan. Unfortunately, we have to turn to our government to help with this. 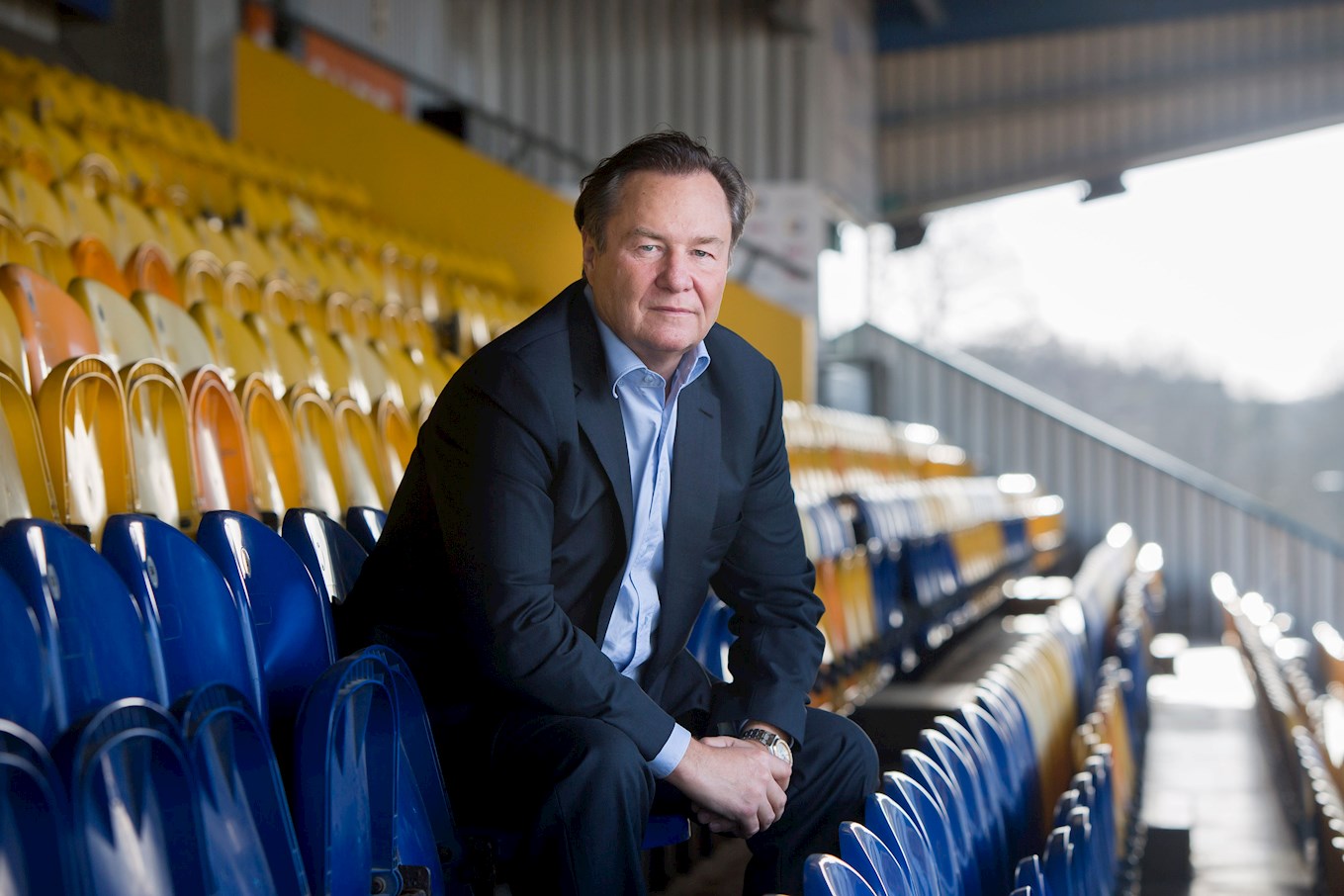 You speak to me from Portugal, from your home out there, what’s the situation like out there?

“They closed the schools a week ago and there is a lot of social distancing happening. The Portuguese have seemed the grasp the situation quite quickly, as we’re neighbours with Spain.

“They’ve pretty much closed the borders and it’s very hard to get a flight out of here now, which worries me as all of mine and Carolyn’s family are back in Mansfield.

“That’s what’s worrying me about Mother’s Day – please don’t go and visit your mum if your mum is vulnerable in any way.”

And how are you, Carolyn and the boys?

“We’re very well. We’ve been living by ourselves for the last seven days because all of the playgrounds and everything are closed over here.

“There’s no going out and mixing – the bars and restaurants are all pretty much closed down.

“We have no problems getting food – the supermarkets are okay. One of us will go and everyone stays a distance away from each other.

“We’re just trying to get on with it and hoping the policy that the Portuguese government have put in place works. The people here seem to be adhering to it.

“I think we should do something similar back in England.”

Just out of interest, what is the policy that the Portuguese government have implemented and how does it differ from the UK government?

“Well they closed the schools a week ago. The hospitals are not as well-equipped as they are in the UK so they have to be very careful. The bars and restaurants have also been closed.

“I think they’re a week ahead of the UK in terms of implementing rules, but they’re a couple of weeks behind as far as infection rates are concerned.

“I think there’s a lot more people infected in England as opposed to Portugal.”

You are one of the real figureheads in Mansfield – what is your message to the Stags’ supporters, to the community of Mansfield and further afield?

“We’re basically on a warfront against a virus. Most of us are going to be fine, but we’re on a warfront to save our vulnerable people.”

Well I trust you, Carolyn and the boys keep well. Thank you chairman.

“We will do. I hope to see you all soon and please, keep safe.”

New away kit on sale


Our stylish new sky blue 2022/23 away kit – manufactured by Surridge – is now available to purchase.


Mansfield Town have been drawn at home to Derby County in the Carabao Cup first round.

I love being home – Perch


Mansfield Town defender James Perch says he loves ‘being back home’ after signing a new one-year deal at the club yesterday (Tuesday).